It’s priced at $1,999 USD, which is less than the price of these three instruments alone, if purchased separately. 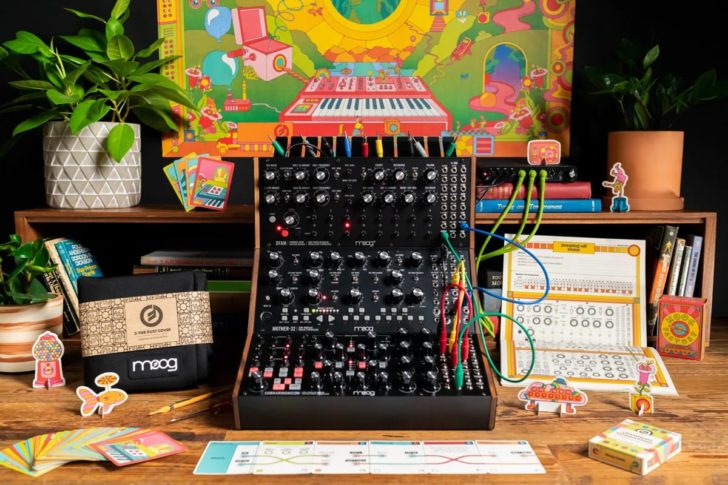 The game enables the discovery of new sounds and creative patching techniques through randomly generated pathways, so that the user can play again and again without ever patching the same thing twice.

A follow-up to Explorations in Analog Synthesis, released by Moog via SoundCloud in March, the compilation features tracks by a wide range of artists:

Each track was built around the three instruments included in the Moog Sound Studio.

You can stream Explorations in Analog Synthesis, Volume II below:

We asked Moog if they will make the accessories included in this package available such to existing owners. They did not have any plans to share at this time.