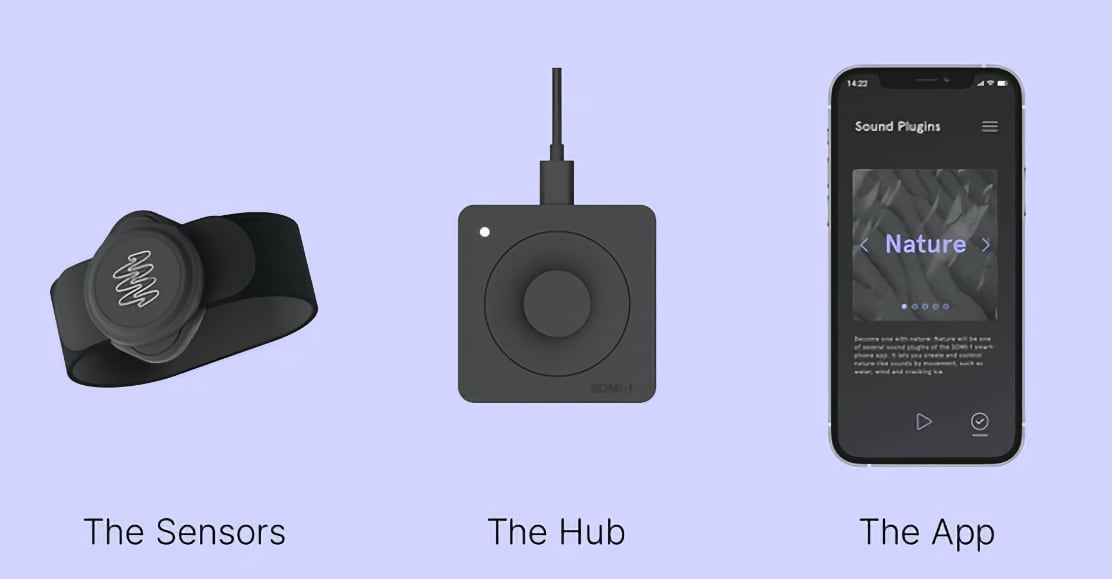 Instruments Of Things has launched a Kickstarter project to fund production of SOMI-1, a wireless gestural sensor system for translating movement into sound.

The Bluetooth sensors are designed to be be worn on the wrists and ankles, “turning the user into an instrument.”

Each SOMI-1 sensor provides eight different motion parameters that can be used independently to control or trigger sound. The sound can either be generated via the SOMI-1 smartphone app, which offers several different sound presets, or by any instrument or music software that is compatible with MIDI.

The motion data of the SOMI-1 sensors is received wirelessly via Bluetooth 5 by the SOMI-1 hub, that connects to your sound source via USB or TRS-MIDI. Up to six sensors can be used simultaneously with a single SOMI-1 hub.

A SOMI-1 system, with SOMI-1 Receiver & 2× SOMI-1 Motion Sensors is available to project backers for about $444.