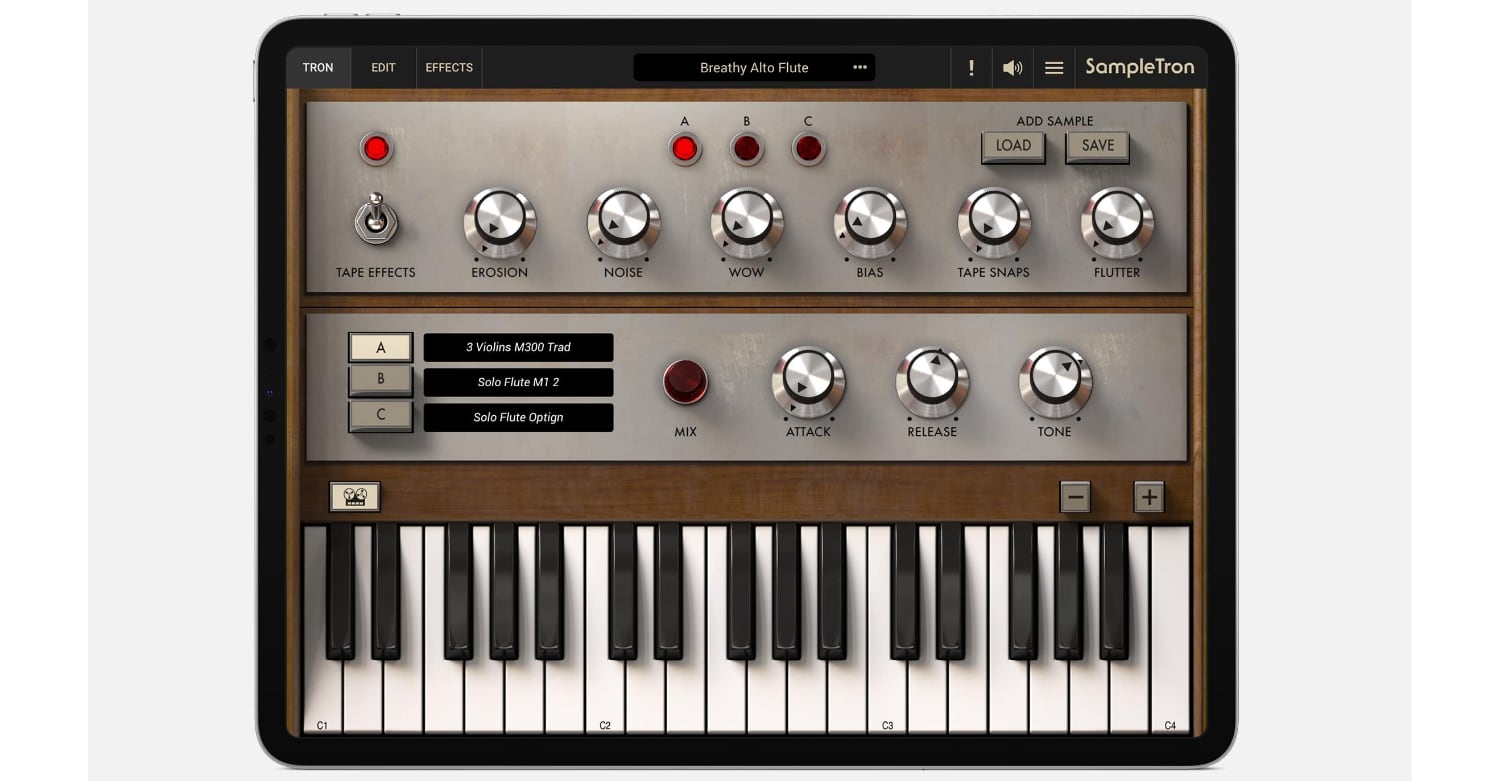 IK Multimedia has released SampleTron 2 for iPad, a new version of their virtual instrument that goes beyond emulating the Mellotron and other early sample-playback keyboards by letting you create ‘new vintage’ sounds, based on your own samples.

Sampletron 2 for Mac & Windows was released earlier this year. IK says that SampleTron 2 for iPad is ready for iOS 15 and compatible with all iPad model sizes and AU Host apps.

“SampleTron 2 for iPad comes with a vast library of over 400 “tracks” that can be loaded into any preset—up to 3 at once—and then individually processed with IK’s cutting-edge tape modeling DSP for ultimate tone-shaping flexibility.

While an extensive collection of new, original samples of vintage Mellotron and Chamberlin are included, SampleTron 2 for iPad also shines where it processes non-Tron material. Here users will gain access to exciting new sounds with the choir, strings, brass, organ, piano, bass, and even synths and vocoders that all come included.

Also included are vintage digital sample-based instruments such as the Mattel Optigan, Vako Orchestron and 360 Systems Digital Keyboard for more creative options than any other Tron collection. In addition, users will find the full content of the much-revered original IK SampleTron product.”