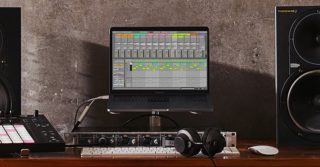 Ableton today announced Live 11.1, now available as a beta release, an update that adds support for Apple Silicon Macs and a variety of other improvements.

This release also comes with a wide variety of improvements, including an updated Shifter device, which adds a new mode for real-time monophonic pitch shifting, as well as delay, an envelope section, an LFO and glide functionality.

Additional features include improvements to comping, updates to Clip handling, and more.

Live 11.1 is available now as a beta release – which means that it’s still in the development process and you could encounter bugs. Full details are available at the Ableton site.