Fifth Edition of Parees Fest in Asturias, North of Spain

The fifth edition of contextual muralism festival Parees Fest, promoted by the Municipal Foundation of Culture and which took place between September 13 and 19, has closed a fiveyear period of mural interventions with some thirty large-format works by local, national and international artists. 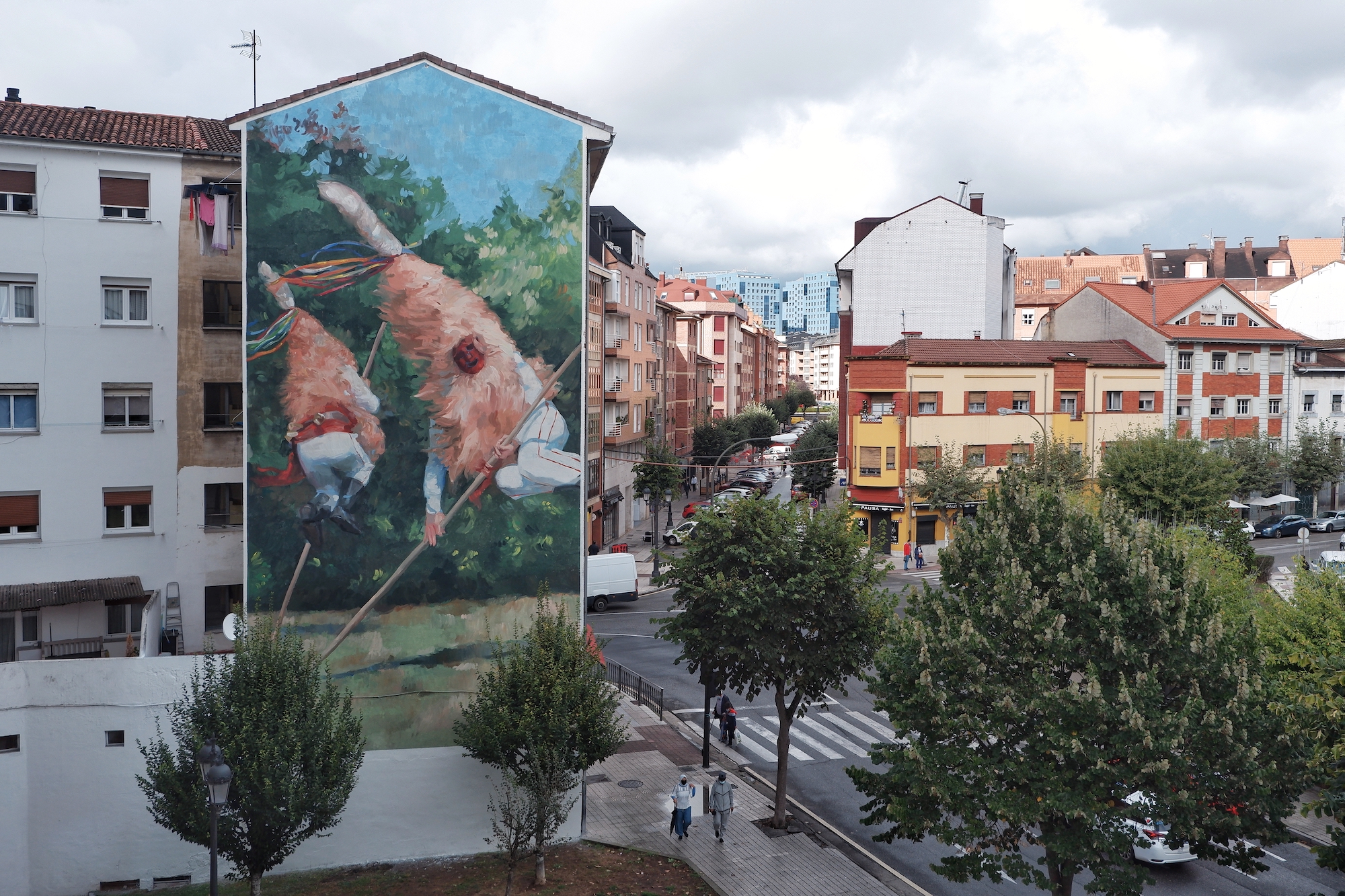 Parees Fest has achieved in these five years that neighbors, organizations and specialists get involved in the joint elaboration of murals that are always tributes to Asturian characters, traditions and events, in a unique mix of art and history. Almost all the neighborhoods of Oviedo, and towns such as Olloniego, Trubia or Tudela Veguín, have walls that are no longer just walls, but memory and people.

This year was a really special edition as we could manage to purpose again some activities (last year was under all the restrictions due to Covid-19), and also celebrated proudly this fifth anniversary. 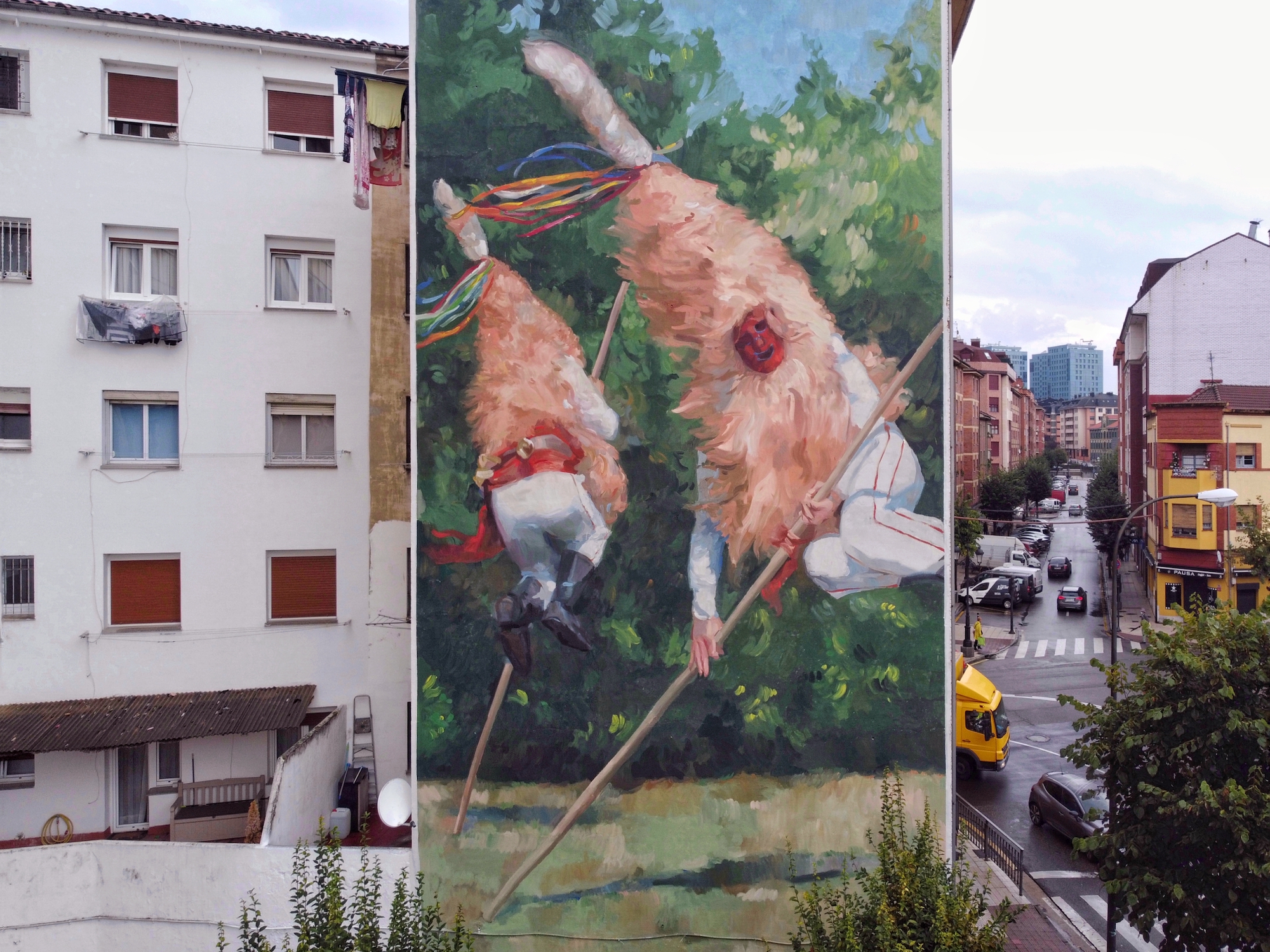 The “Sidros” and the “Mascaradas de Invierno” are Asturian and pagan traditions. Members of these groups (traditionally men, but some women can wear the costume since 2019) are celebrating jumping, dancing, making noise with cowbells, and with improvised sarcastic comedy about what happened in the village during the year. This ritual existed in various places, but almost disappeared with Franco.

It’s related to Winter’ solstice, fertility and the beginning of adulthood for young men. On the contrary of Carnival, masks are not to hide, but to show the archetypes of the characters of the comedy (the ugly ones, the handsome ones, animals, natural elements…) 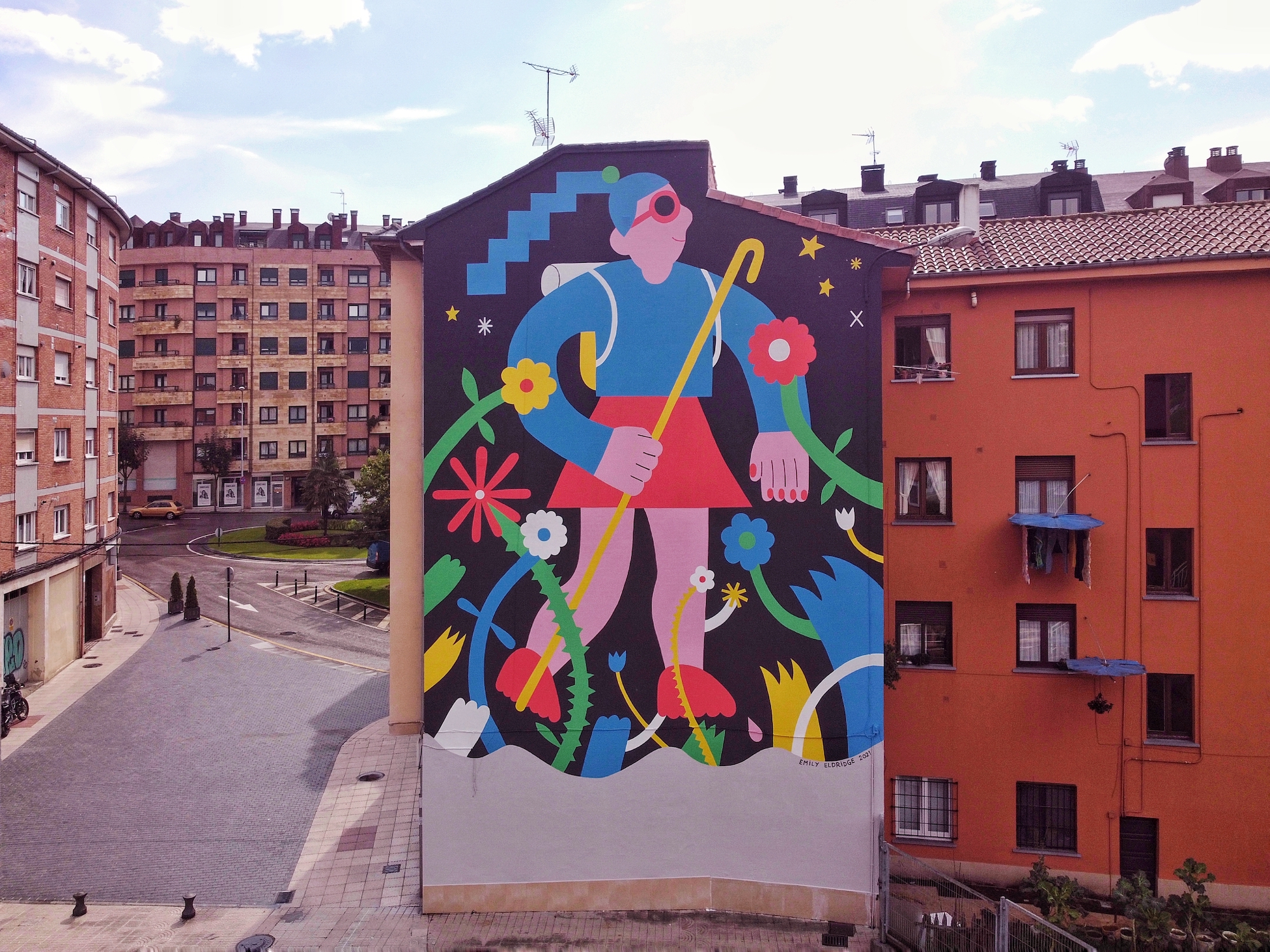 The Primitive “Camino de Santiago”, different from the busiest French Way, starts in Oviedo and takes pilgrims to Santiago de Compostela.In 2015, it was recognized by the UNESCO, along with the “Camino del Norte”, as a “World Humanity Heritage Site”, the highest distinction that a cultural asset can receive. It is a magnificent route that crosses Asturias and Galicia, but is also known for its difficulty, due to the peculiarity of the landscape (all guides recommend an advanced level of hiking).

The American artist Emily Eldridge created after some meeting with historians a mural full of colours, representing a “modern” pilgrim, with a skirt and painted nails, walking happily towards her next stage. Among Parees Fest’ Asturian themes, those with literary content stand out, such as the murals dedicated to Clarín or Dolores Medio. To illustrate the famous story “Montesín” by María Josefa Canellada, a philologist and one of the main Asturian writers of the last century, the Asturian artist Foni Ardao explored the tender relationship between the lost goat and her little caretakers.

A well-deserved honour to the first children’s book in Asturian, written in 1979, where we can see the goat Montesín in the arms of the girl, in the lands below l’Escorial, while the boy plays the guitar with his friend the magpie on his shoulder. Surrounded by nature and heated by a fire, the characters convey a lot of peace and sweetness.

Foni added to his mural a tribute to his mother, Margarita, who died just over a year ago, represented by the flower bearing her name in the girl’s hair. 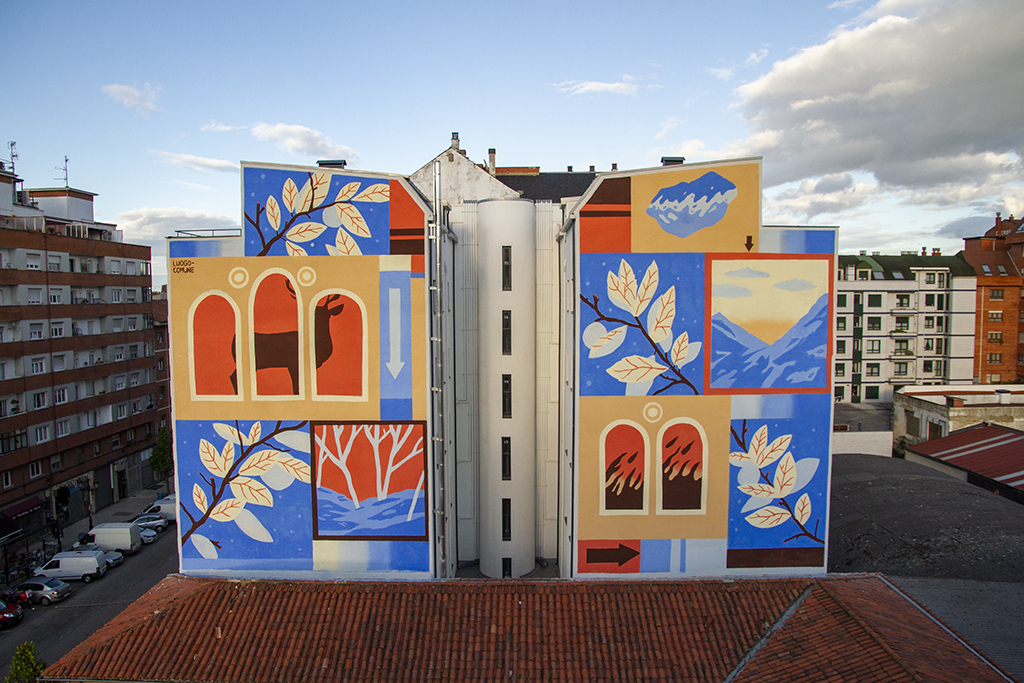 For this edition, the Italian Luogo Comune has painted a huge mural dedicated to Oviedo. The inspiration has been provided by citizen testimonies, the personal stories of dozens of people who participated in the campaign “What do you think makes the city of Oviedo special?”.

The answers to this question, launched by Parees Fest and the City Council’s Citizen Participation Area, were transferred to the artist, who has composed a work that combines history and nature, the pre-Romanesque past and the proximity of the mountain in its iconography.

Check out below for more photo from Parees Fest 2021. 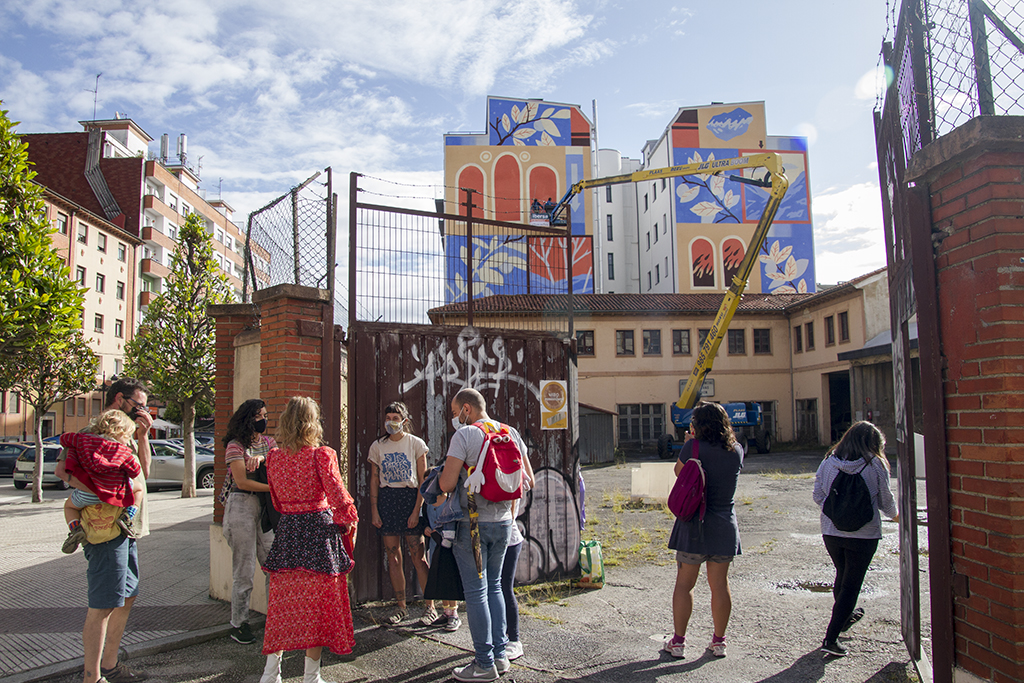 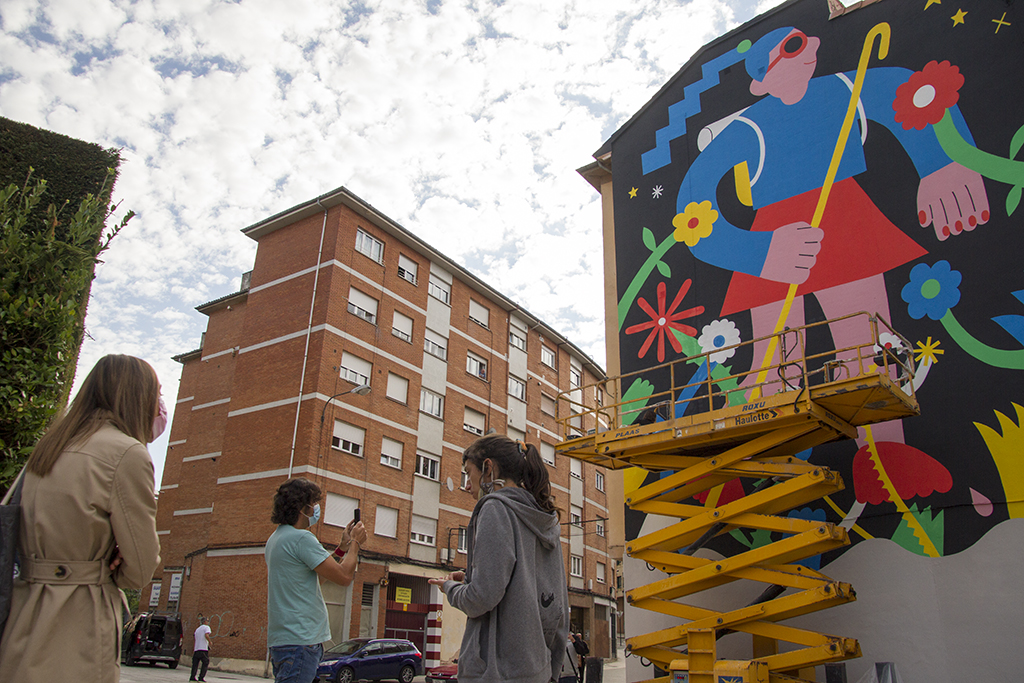 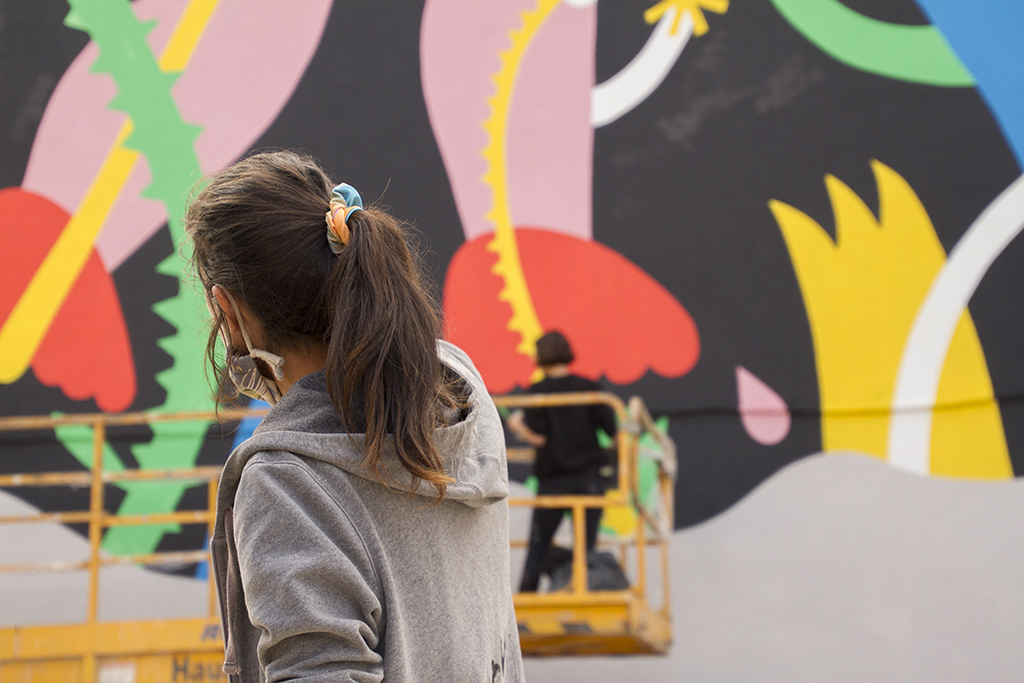 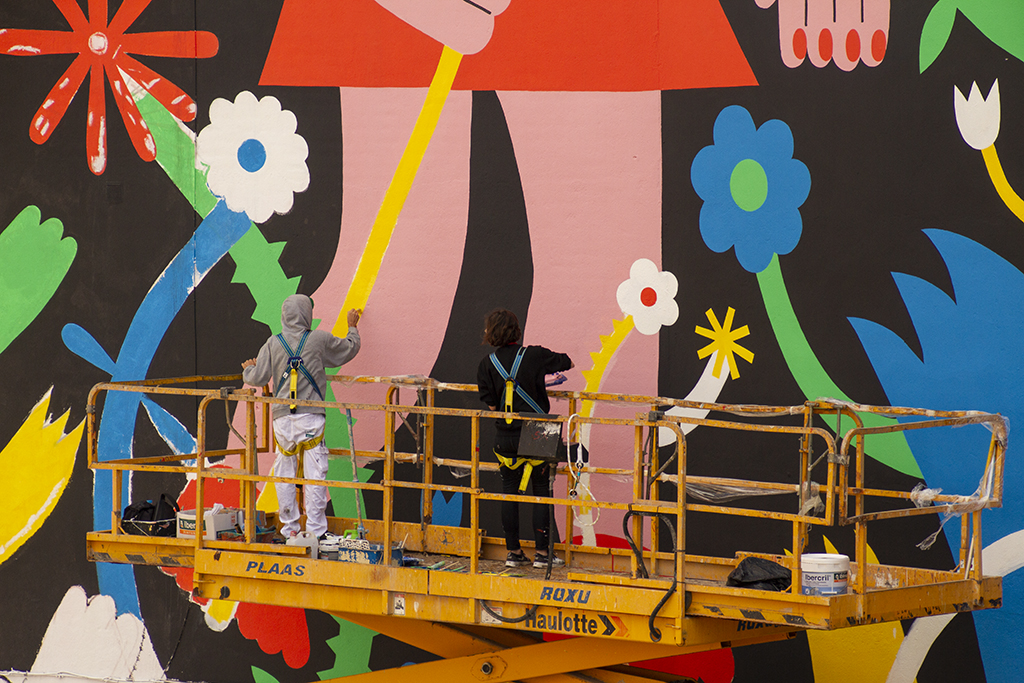 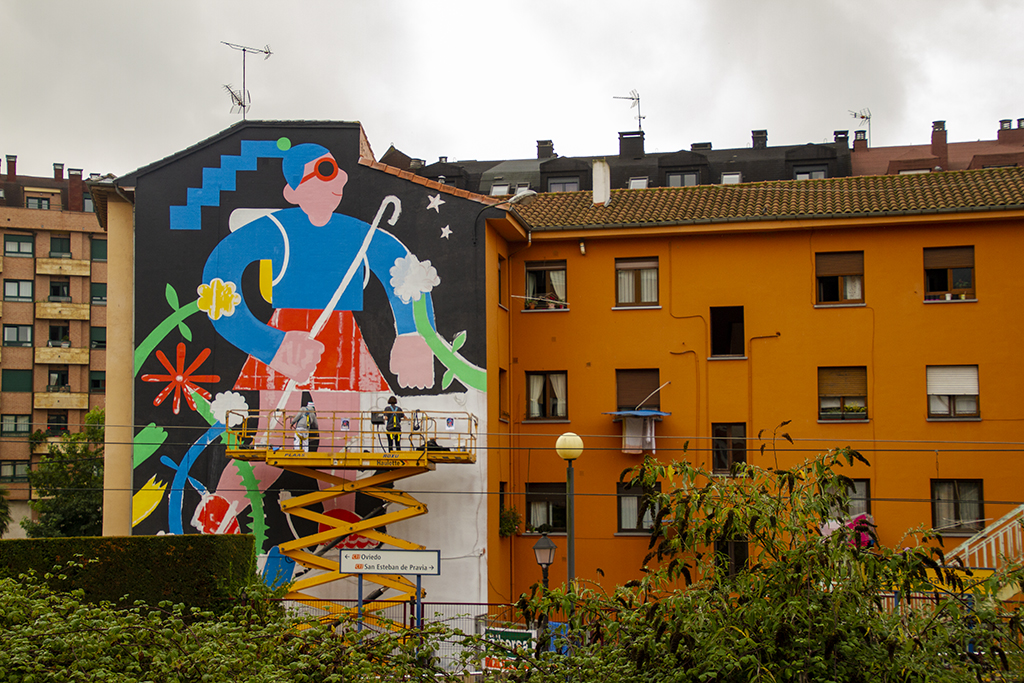 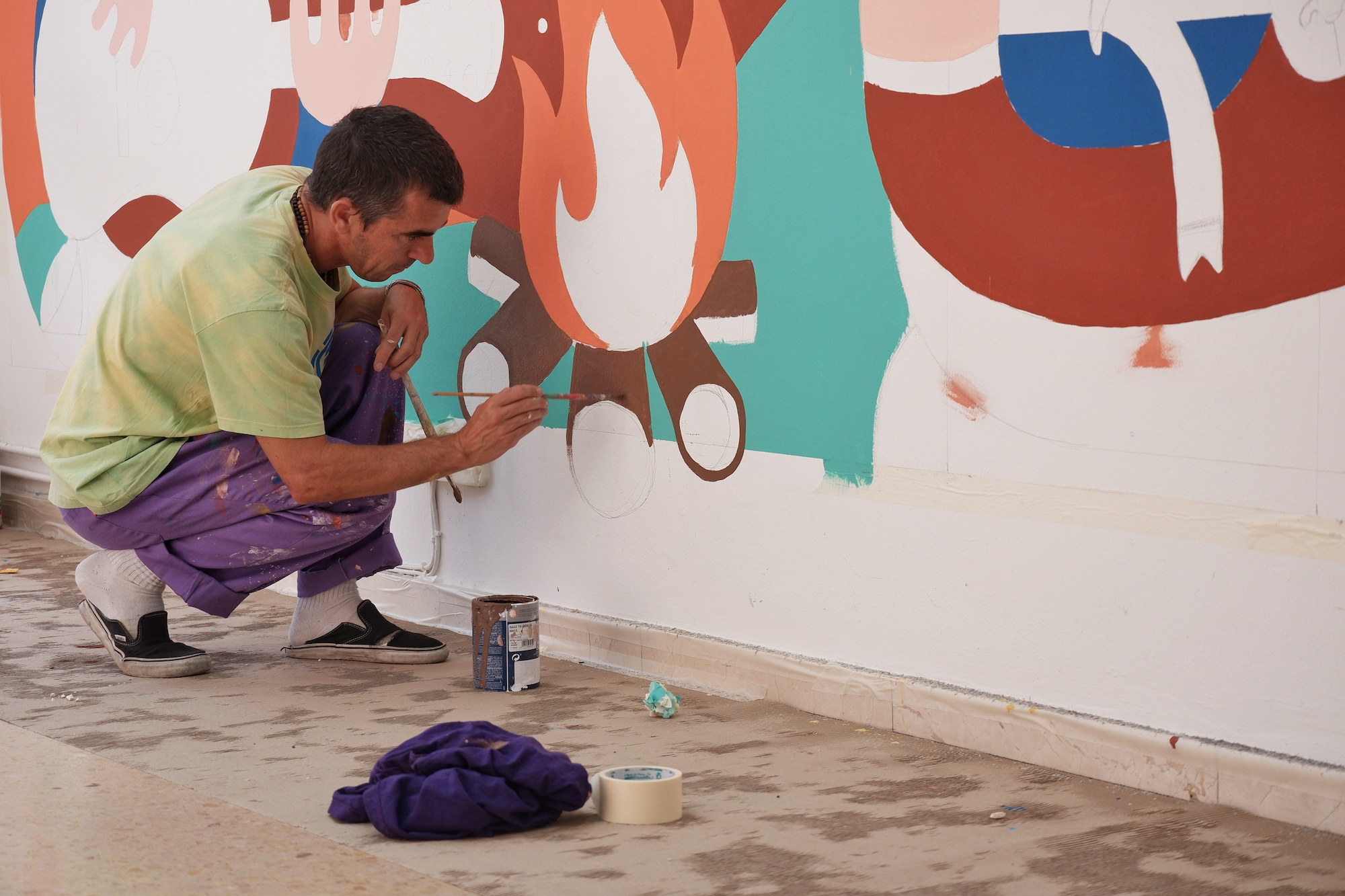 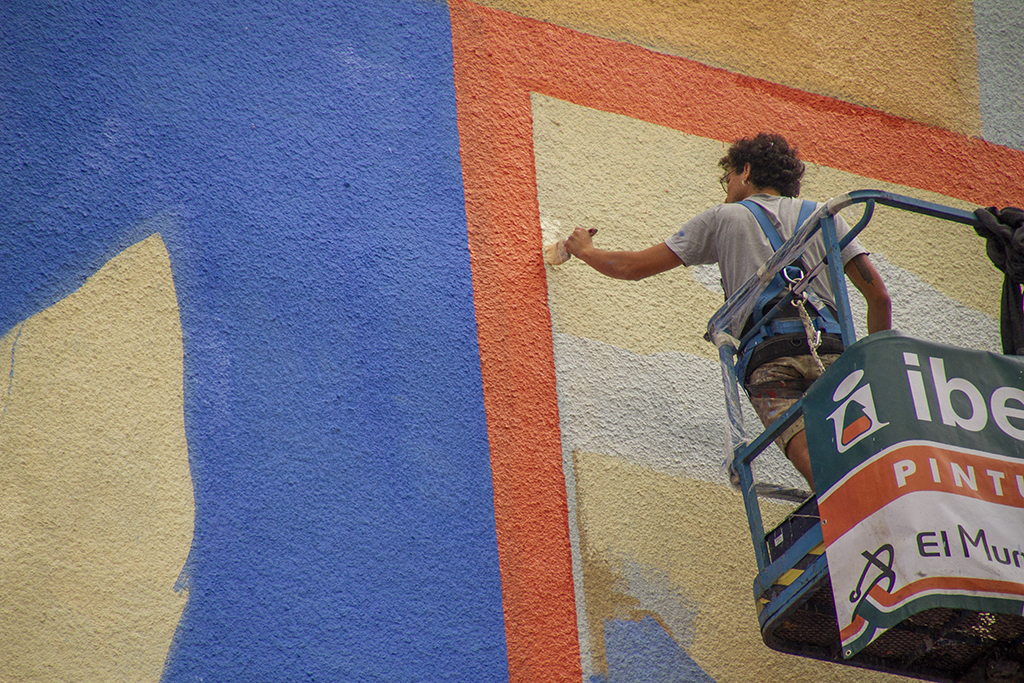 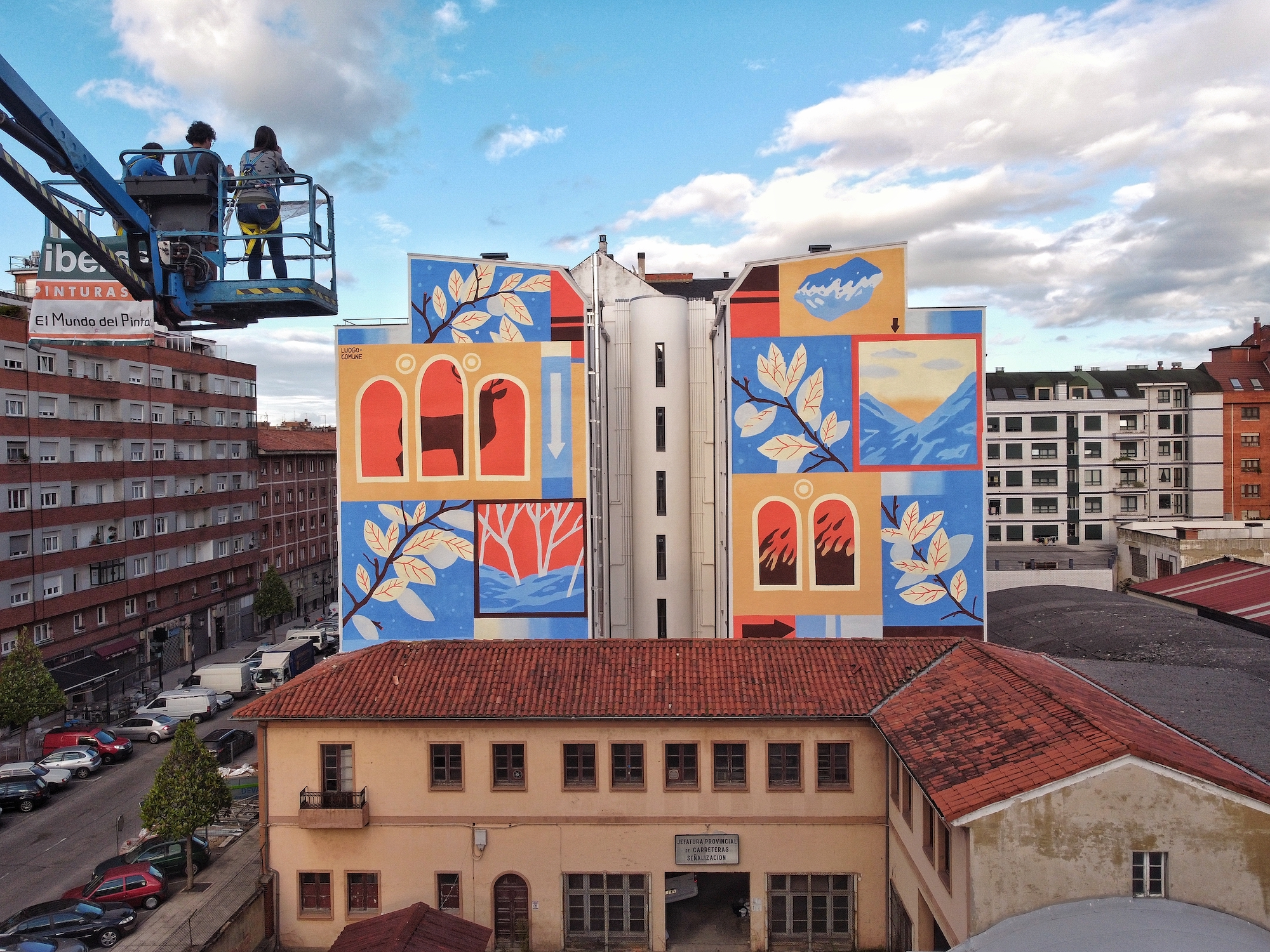