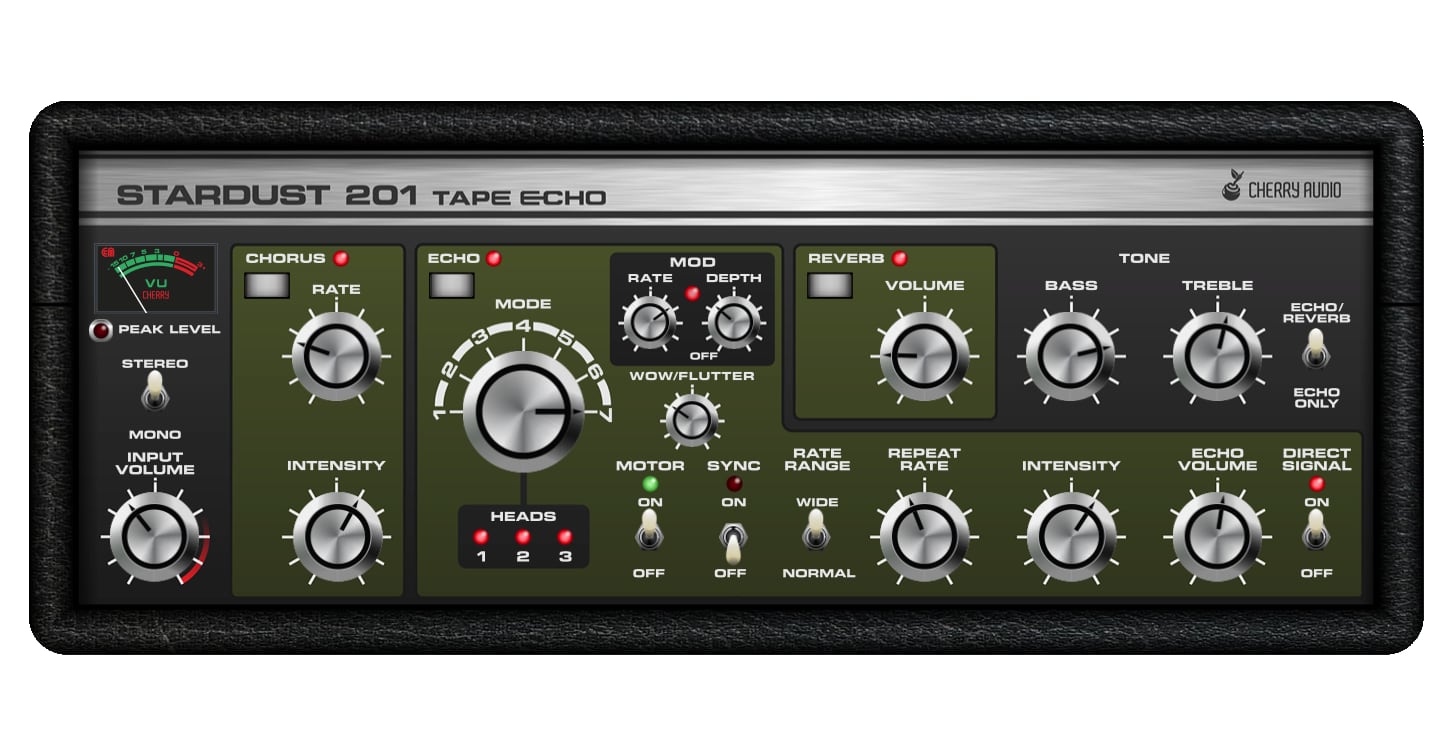 “Stardust precisely recreates the limited fidelity and stability of audio tape, providing a natural rolloff of bass and treble frequencies for super-warm tonality and minor speed variances, lending an organic chorusing quality to repeats. Cranking the intensity knob overloads the circuit, generating the signature other-worldly runaway echoes and feedback that only a tape echo can produce.

Cherry Audio’s Stardust 201 Tape Echo includes features from the original RE-201 and RE-301 Space Echo units, and we’ve added some of our own to create a great-sounding, super-flexible, ideal tape echo effect that never breaks down and never needs demagnetizing, all for less than the price of a Space Echo replacement audio tape loop!”