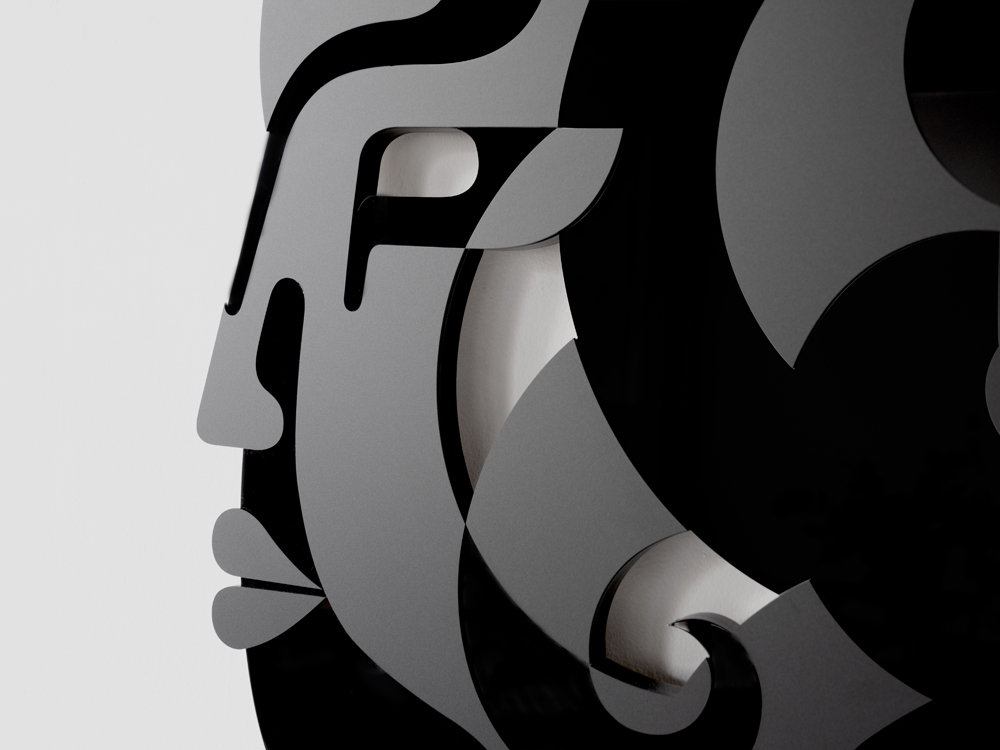 Reka’s latest body of work peels back the layers of what it is to be human, questioning the viewer’s moral fibre and substance, teasing at notions of desire and sexuality. The Malta-based, Australian artist penned the following statement as a written exploration to accompany his finest work to-date, digging deep to ask himself, and more broadly, humanity, if they too would honestly not have been tempted by the Forbidden Fruit in the garden of Eden… 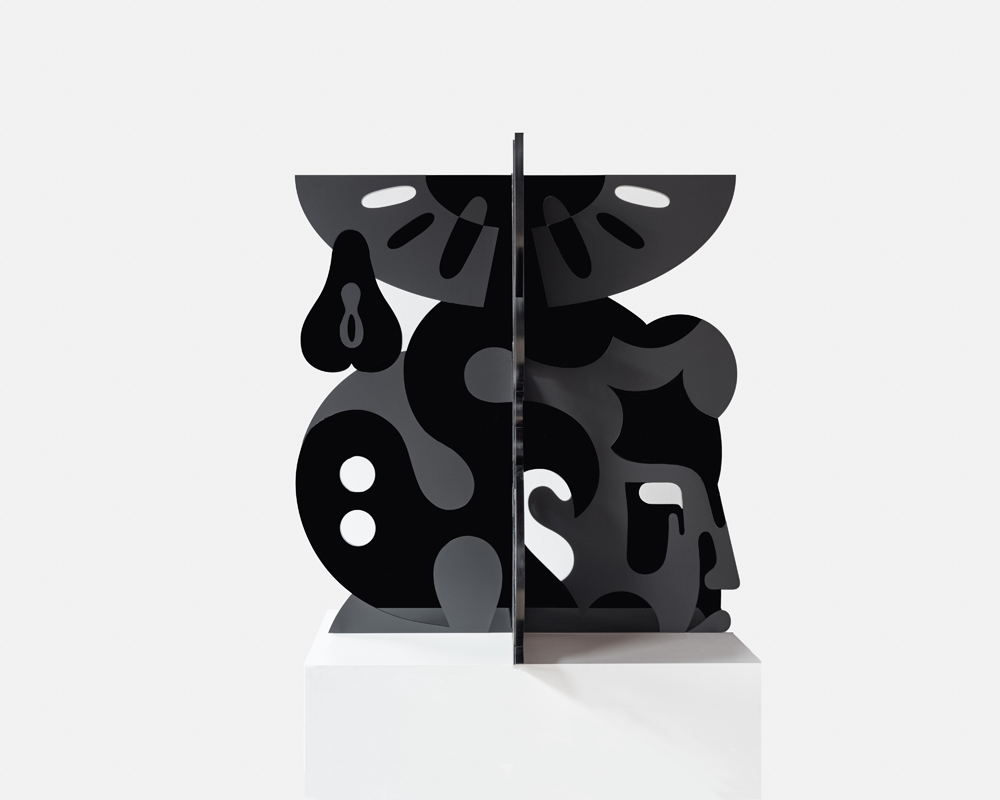 ‘The fruit that was forbidden in the Garden of Eden. The apple on the tree of knowledge, of good and evil. Used as a metaphor, for indulgence or pleasure, that is considered illegal or immoral. The human condition is one bound by an almost limitless scale of opportunity and stimuli. We live in a world of relentless temptation, where the primary drivers of life; hunger, safety and passion, are intertwined in a morally defined structure of our everyday existence – we are constantly responding to these urges and drives, as our actions create an eternal juxtaposition, between satisfying the primal needs of life, enjoying the fruits of our existence and the balance of morality.’ 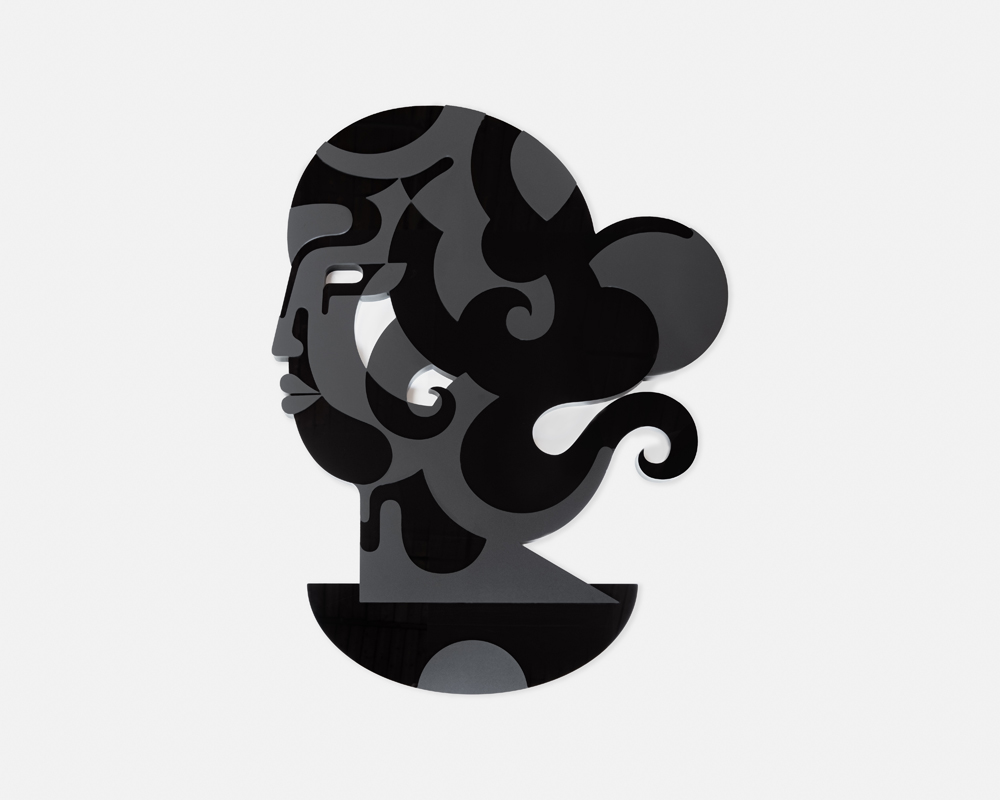 ‘This exhibition, represents a broadening of my aesthetic, reaffirming the dichotomy between morality and sin. In this language, my work provides an account of the reaction that has long governed discussion on tasting the Forbidden Fruit.  Consideration of our mortality plunges us into the rediscovery of self and paradoxically, into facing challenges of self, sometimes threatening, in the presence of sincere and pure truths. Uncontrollable urges abound where all is only sin and temptation. These primal forces bring forth all the complexity of human relations, where sex and seduction, attraction and desire, degradation, and self-destruction, all symbolise tasting the “Forbidden fruit”.’ 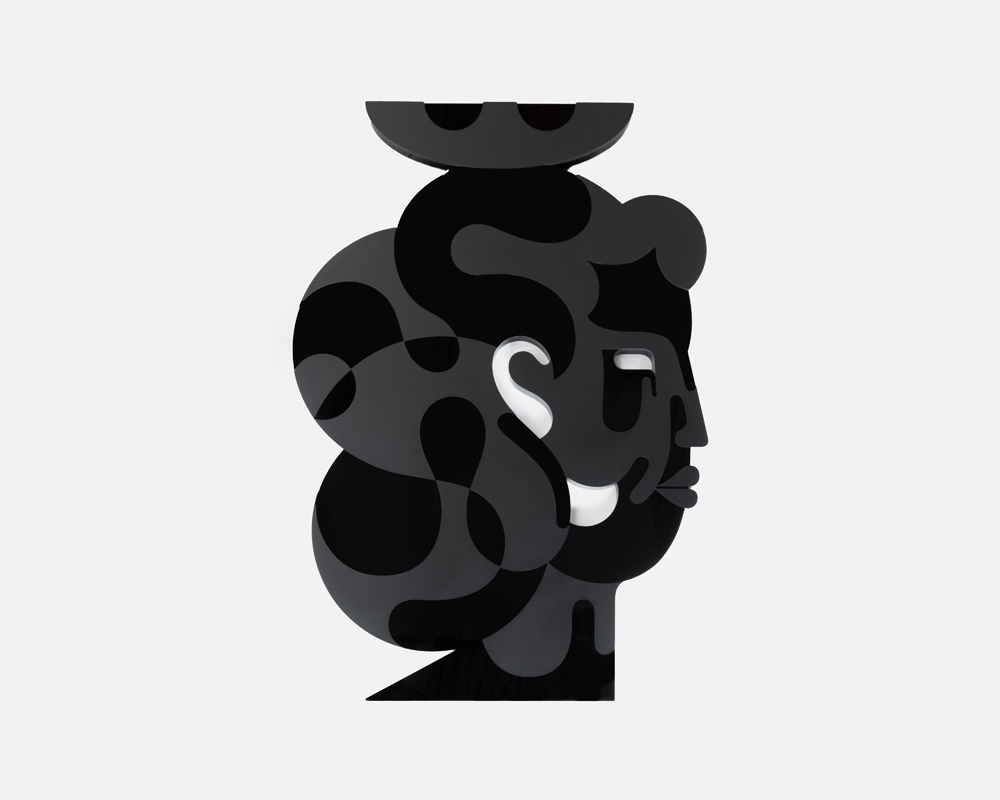 ‘This exhibition explores the theme of desire and the underlining flawed nature of mankind, the realisation that we are not perfect nor exempt from falling for temptation. One of the humanistic, defining elements of Homo Sapiens, at least in our societal lives, is the balance between desire and morality. Many of us, understand that we always want, what we can’t have. I have sought here to relate the Primal urges that lead us to instinctively explore oneself and one’s surroundings, the eternal catalyst of discovery and pleasure that leads us into temptation.’ 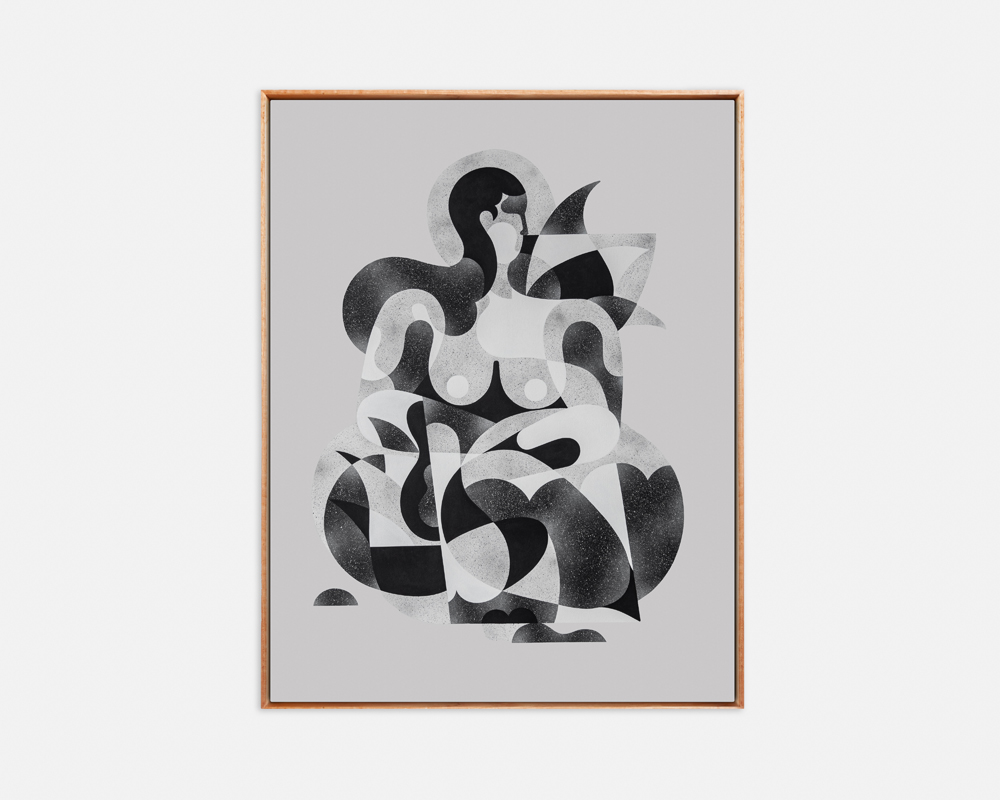 ‘Thus, I have drawn from the metaphorical ‘Forbidden Fruit’ references that abound in scriptures and texts, from the book of Genesis. It is the fruit that was forbidden to Adam and Eve, the battle between good and evil that overcame the Garden of Eden, the same battle that subsumes our modern lives.’ 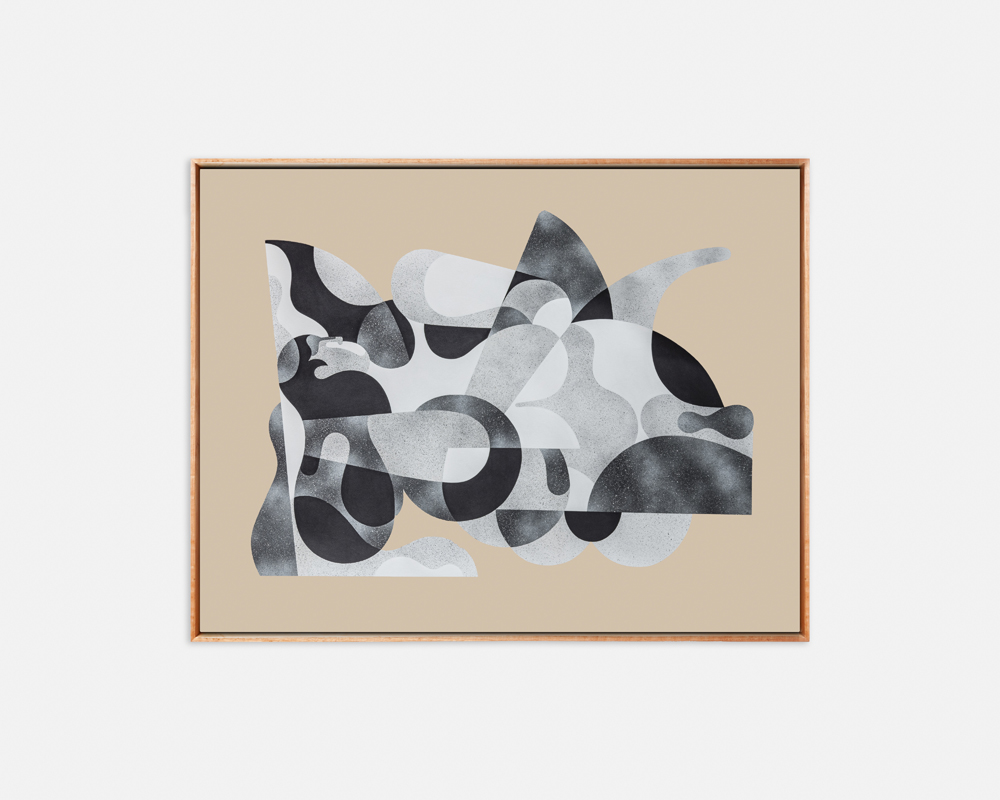 ‘My exhibition and the evolution of the forms within, invites the viewer to challenge themselves and ask – “Would I really not have tasted the forbidden fruit?”.’ 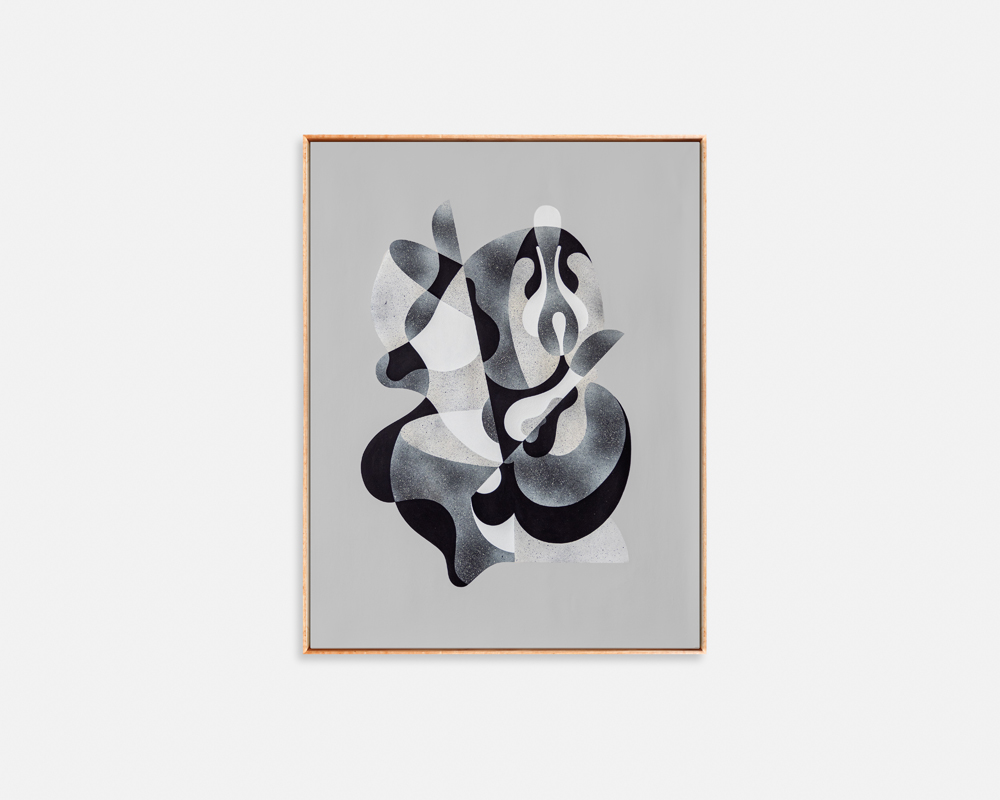 ‘Too easily, one can assure oneself that you would resist temptation if challenged ! However, how many times a day do you jeopardise your own “salvation”?  After all, the breadth of “sins” we commit daily threatens the pathway to our potential paradise and we risk the fate of banishment that was wrought upon Adam & Eve.’ 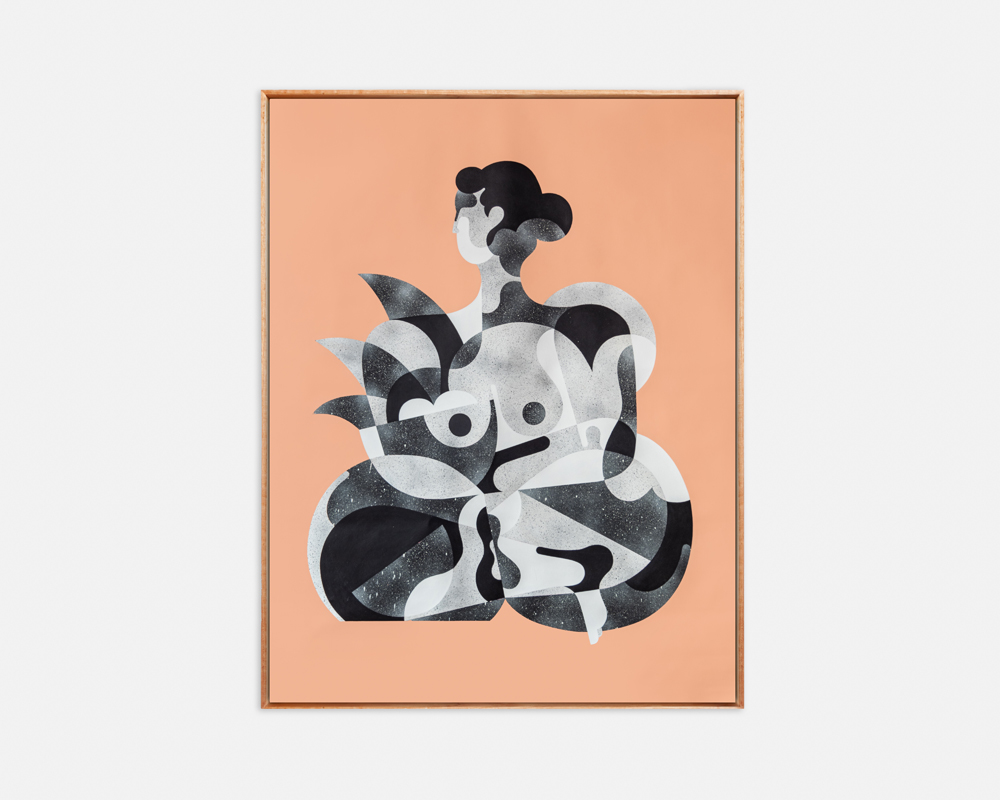 ‘The representation of the Apple is a critical symbol, a metaphorical device that alludes to sinful or forbidden pleasure.

Core to this body of work, is my new life in Malta, where I have been inspired by the ancient Neolithic Maltese history and culture, tracing back to pre 5000BC. My exploration of the ancient temples scattered across the islands has been a noticeable influence of my work for this exhibition. Symbology, the sacred geometry of the megalithic structures and the natural colours and soft light of the Mediterranean, have been referenced in the series of canvases.’ 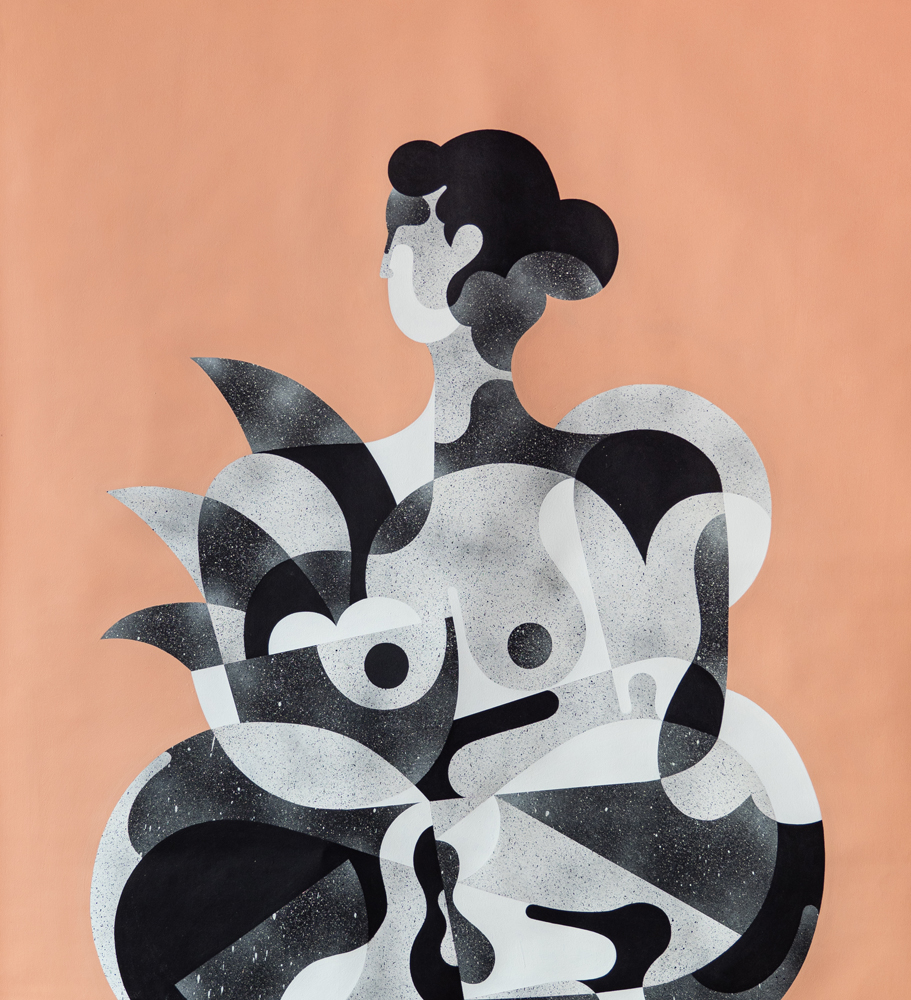 ‘My representations of the figures in the larger canvases have also been inspired by the large-bodied female “mother-figure” statues, that once were residents of the ancient temples of this historical landscape. Simultaneously I have chosen to explore new textures, mimicking the limestone grain within which these megalithic structures are created.

Departing from the norms of figurative painting, this exhibition depicts a series of Still Life canvas-works, focusing on the contrast of sliced fruit and sexual organs, overlaid with abstract elements of the human form. This is an abstracted composition of organic life, inviting the viewer to compare and contrast the similarities and differences between Mankind & Nature.’ 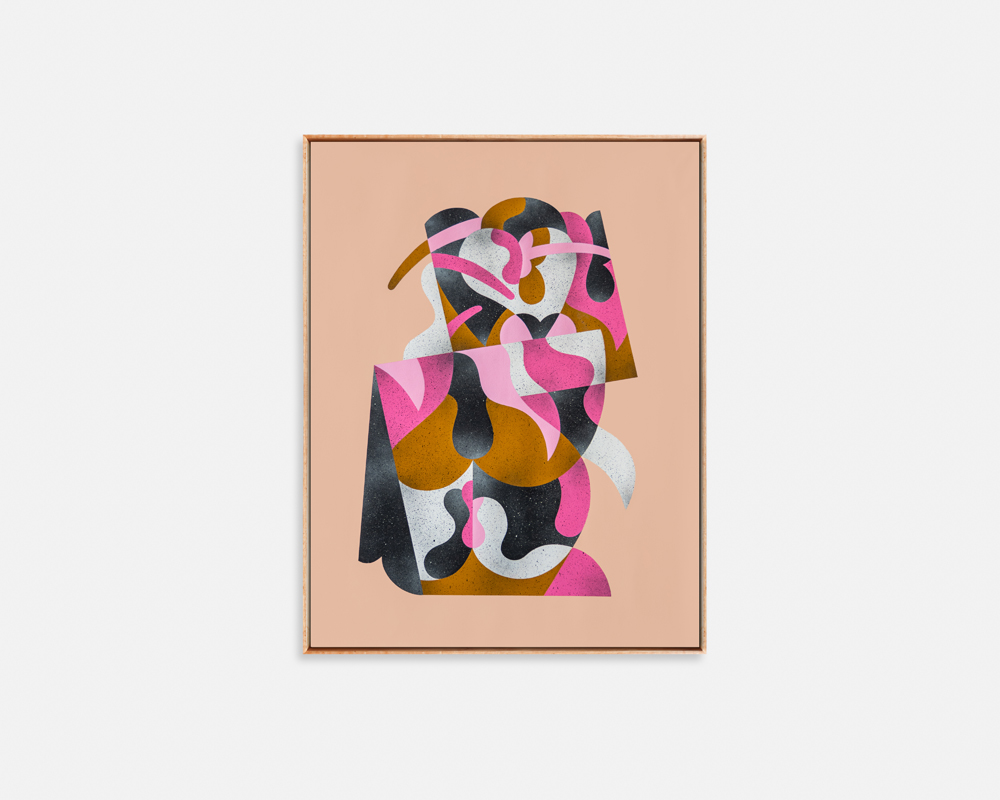 ‘In addition, to accompany this series I have been working on large-scale landscape sceneries, depicting an abstract view of a “Garden of Eden” – with reclining nudes portrayed in frivolous acts. These also incorporate symbols of nature and in this Eden setting I have used a richer colour palate, referencing the fruits and colours of the Mediterranean.

I am also excited to include in this exhibition, a small series of sculptures, that generate a balance between the scale of the humanistic large canvas works and the more accessible. This is an exhibition for all the senses!’ 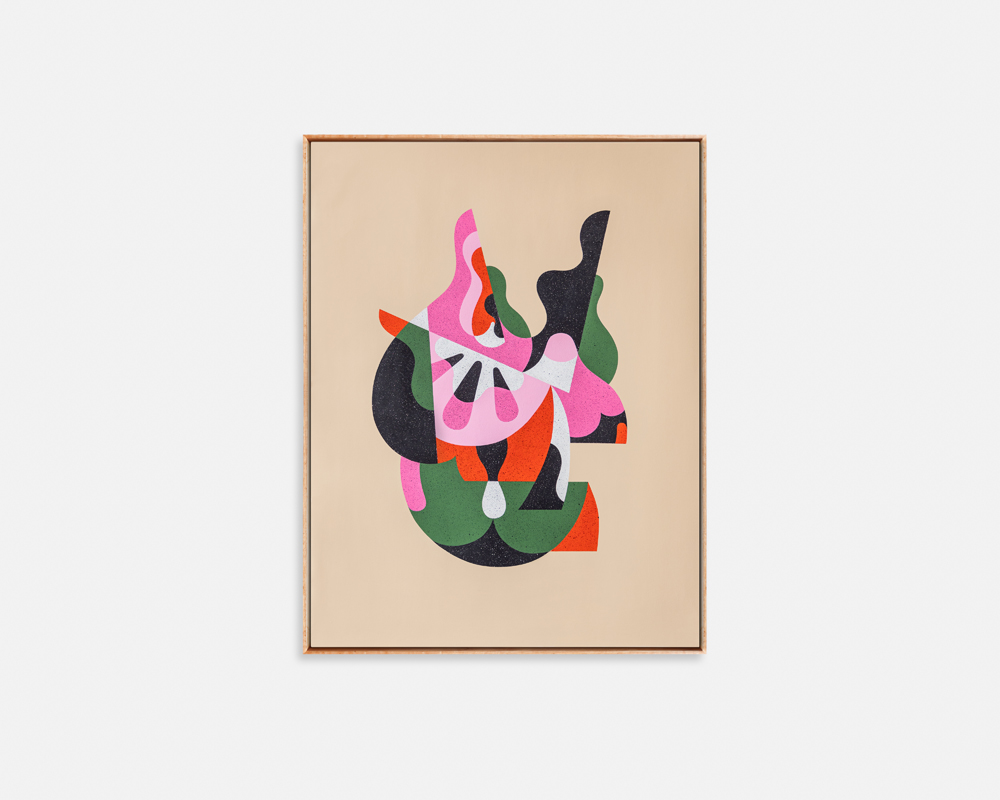 ‘Experience the temptation of ‘Forbidden Fruit’ at Backwoods Gallery from Friday September 17th to 3rd October 2021, in my hometown Melbourne.’ – James Reka, 2021 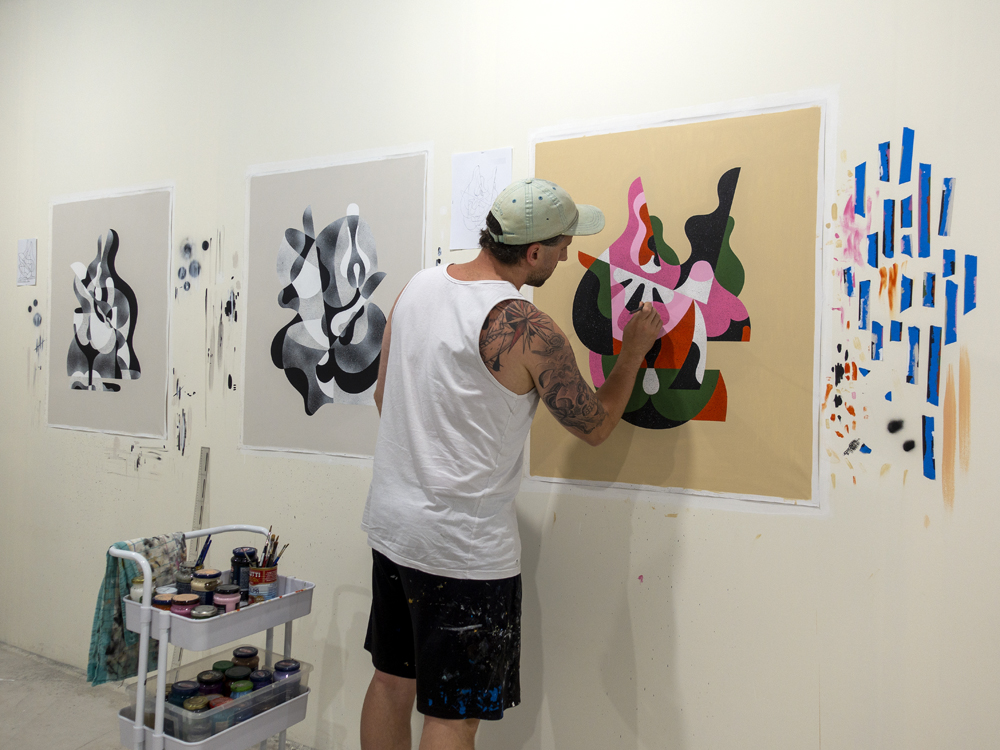