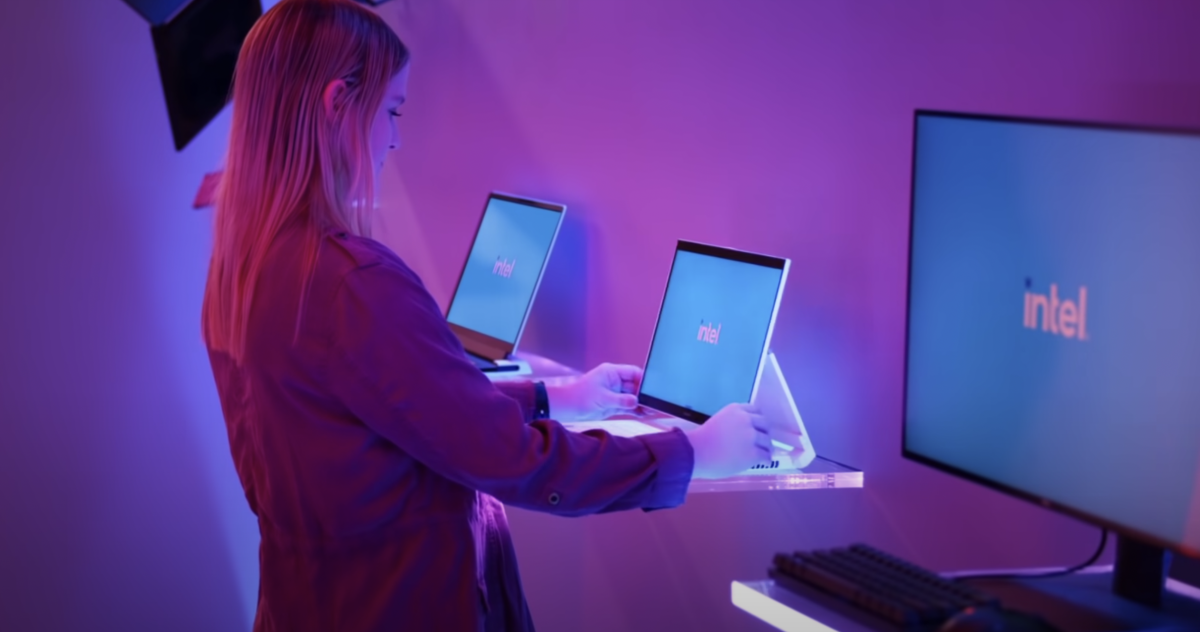 Oh, Intel. The computer processor company clearly still hasn’t processed (sorry) Apple’s decision to pack up and move on (by which we mean start producing its own silicon chips), and has once again launched a scathing attack on its former flame. And just like last time, it’s not a great look.

Titled Breaking the Spell, the new ad (below) shows various Apple users ostensibly being shown new innovations from the company. But all is not as it seems, with the products revealed to be – shock, horror – PCs powered by Intel. But is the whole thing likely to tempt anyone away from the best Apple deals?

The ad gets a few things right. That minimal woodwork is very Apple, as are those sleek pretend product ads. But as they say, imitation is the sincerest form of flattery – and everything about this ad comes across as bitter as the last one, which brought previous Apple ad star Justin Long back out of the, er, woodwork.

For one thing, the ad focuses entirely on hardware. Software is a huge part of the Apple experience, with iOS and MacOS providing a seamless user experience thanks to the clean, seamless operating systems. Here, Intel is simply showing off extra touchscreens here and there (and as the MacBook Pro touch bar has proven, extra touchscreens aren’t everything).

Glad to see you getting roasted in the comments for this very stupid ad. https://t.co/ZhrdyO28GtOctober 6, 2021

Commenters are predictably unimpressed. “This is a perfect example of winners focusing on winning, and losers focussing on winners,” one user declares, while another adds, “The fact that someone at Intel genuinely thought this was a good idea and an entire team who shot and edited this didn’t tell them otherwise is just sad.”

And it doesn’t help that Apple has moved to its own silicon with phenomenal results. The M1 MacBook Air and MacBook Pro have amazed critics and users alike with their groundbreaking speed, power and battery life. Indeed, if the M1 Macs weren’t ridiculously impressive, perhaps the campaign could have worked. But with rumours suggesting even more improvements to the MacBook Pro, we have a feeling Intel’s spurned lover routine might soon be given a new lease of life. So, if all of the above has got you in the mood to buy a Mac, check out today’s best deals below.