Steve Jobs tribute is a nostalgic tour of Apple tech 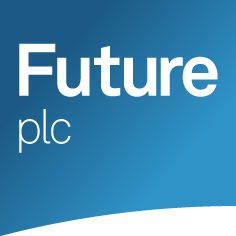 Apple has posted a heartwarming memorial to Steve Jobs on the 10th anniversary of his death. The commemoration took over the Apple website for a day as it celebrated Jobs’ life and genius.

Apple shared a short film called Celebrating Steve, and a statement from Jobs’ family on its website. The video flicks through old photos and footage of the tech mogul accompanied by inspirational audio clips of Jobs talking about Apple. As we get a glimpse into the mind of Jobs, we also get to look back on the evolution of Apple’s cutting-edge tech, from iPods to MacBooks. If you wanted to dive deeper into how Apple has evolved, then make sure you check out our roundup of the best examples of Apple designs that were ahead of the times.

The video took over the homepage of the Apple website on Tuesday, and was also shared on YouTube. But if you didn’t get a chance to explore the temporary site takeover, then you may have missed the heartfelt message Jobs’ family posted alongside the video. The written tribute to Jobs discusses his life, his character and the grief the family feel, with one section of the message reading “For all of Steve’s gifts, it was his power as a teacher that has endured. He taught us to be open to the beauty of the world, to be curious around new ideas, to see around the next corner, and most of all to stay humble in our own beginner’s mind.”

The video delves deep into the archives and we get to see just how far the company has come. We spotted some classic Apple products in the video like the first iPhone, the colourful transparent iMac and even the Apple 1 (the first Apple computer.) It’s amazing to think how far technology has advanced, and exciting to think about what is still to come.

Apple has become one of the most important companies of the modern era, so it’s no surprise that tributes for Jobs came in their thousands on Twitter under #SteveJobs. One fan called him “a visionary, a creator, a dreamer and a revolutionary,” while another tweeted, “his legacy persists through the extraordinary enterprise he designed and believed in. Forged in innovation and timeless wisdom.”

A man with true vision, and changed the way everyone lived their livesGone, But Never Forgotten #SteveJobs pic.twitter.com/j0WfHLS5xNOctober 5, 2021

If you are yet to try out some of Apple’s cutting-edge tech, then have a look at our Apple Black Friday deals.