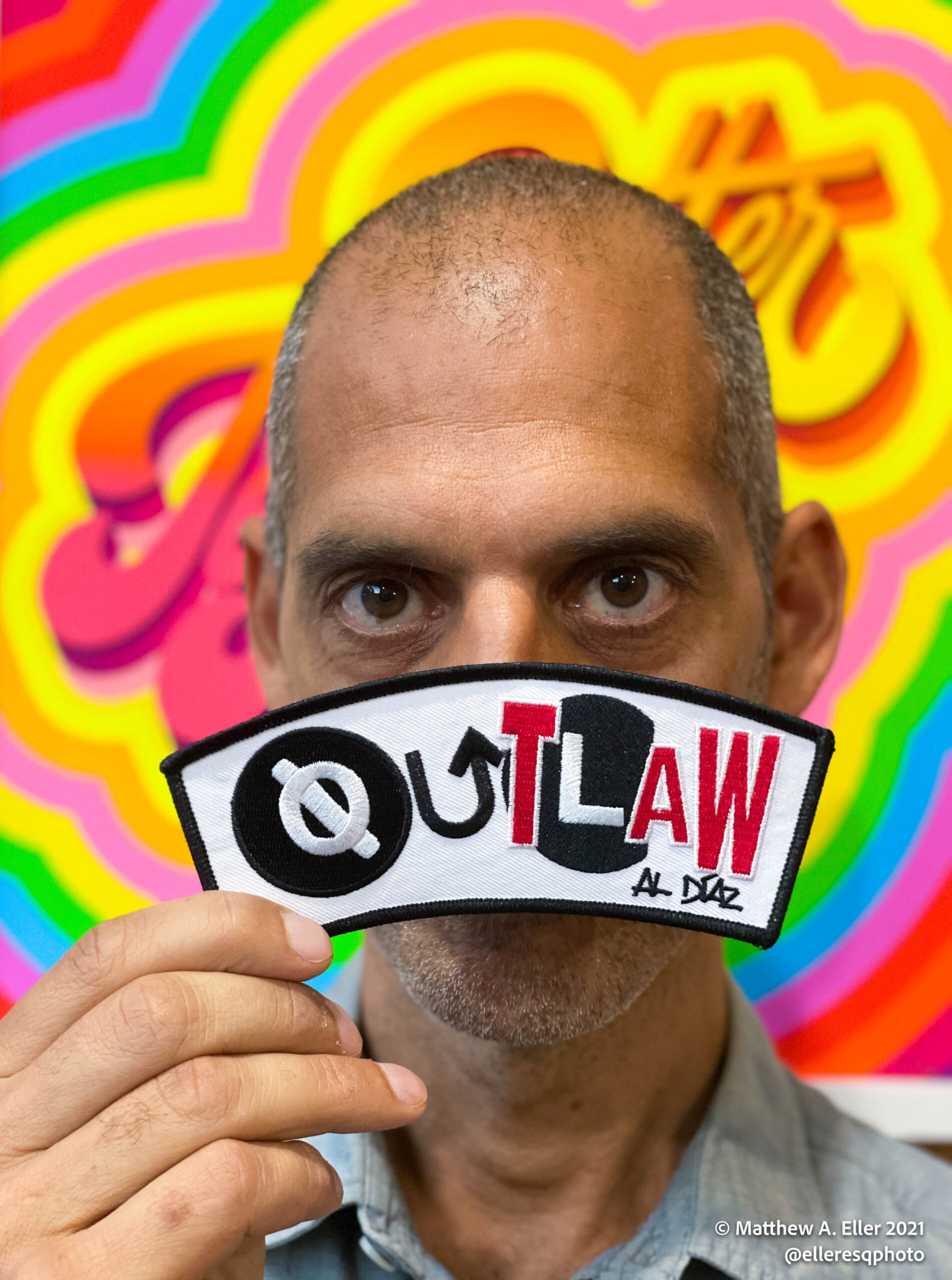 Currently hanging out in Bushwick Brooklyn with Robert from Outlaw Arts. Coming up this Sunday October 10th, 2021 is the closing party for the 10th anniversary of curating street art shows in New York City. Take me back to 10 years ago. How did this all begin?

Well, the short version is that I knew a lot of artists and there was so much frustration, especially for graffiti and street artists, to show their work properly in NYC. So, one day I was talking with Brant Lee about this and he told me I should do a show with our buddy Erik Foss. It just happened Foss had two weeks in August available for a show at his Fuse Gallery space located in the back of Lit Lounge in the Lower East Side of Manhattan. Plus, Erik would be co-curating with me! And he obviously brought a lot of great people. We had like six DJs and a Ricky Powell Slideshow in the basement for a 50 artists in the show. 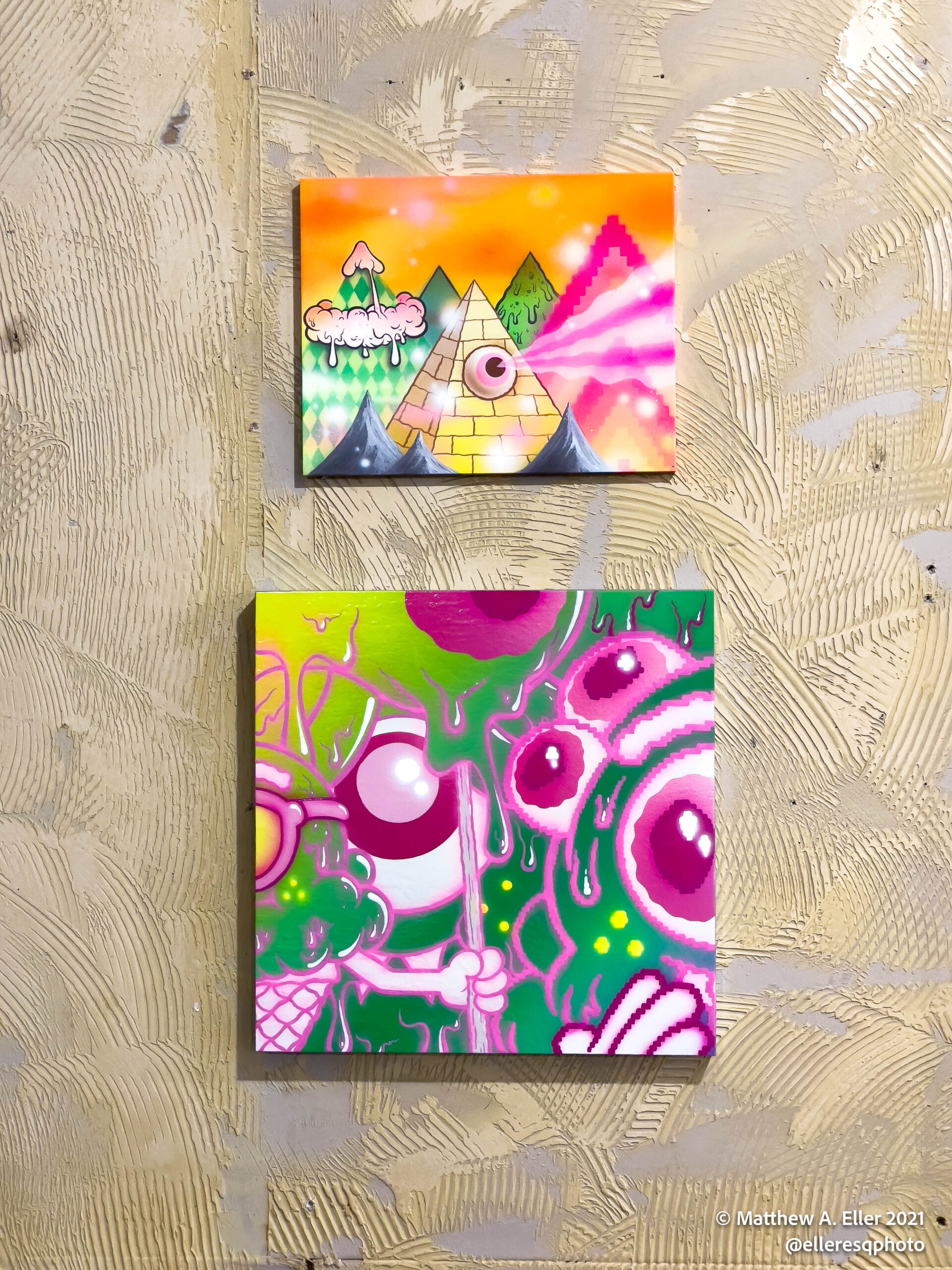 Sounds like a massive undertaking for a first event?  Where did you go from here?

It actually went amazingly well so I quickly got working on a follow-up! The next exhibition was another massive group show. We rented out this huge space called White Box on Broome Street. We named the show “Outlaw” because it was going to be an homage to the outlaw parties of the eighties and nineties in NYC. The space had a massive sound system for the tons of DJ’s who played, and we also screened this movie “Downtown Calling” which was a documentary that never got released because of music clearance issues. The film was about the downtown music and culture scene of the seventies and eighties in NYC. There was a huge line to get in, the cops came, you know… like the good old days.

If I remember correctly, the first party of yours that I covered for Streetartnews was at that old Police Precinct in Chelsea where you had artists paint an entire building inside and out. Tell me how that show came about?

So basically there was this Japanese artist Pesu who I had worked with previously with Savior Elmundo. Pesu had been asked by this Japanese real estate developer to do a show at an old building they bought that was going to be demolished. It was an old Police precinct, and then it was a halfway house for troubled transgender teens. Plus a very rare opportunity to let the artists do whatever they wanted because it was just going to get torn down. 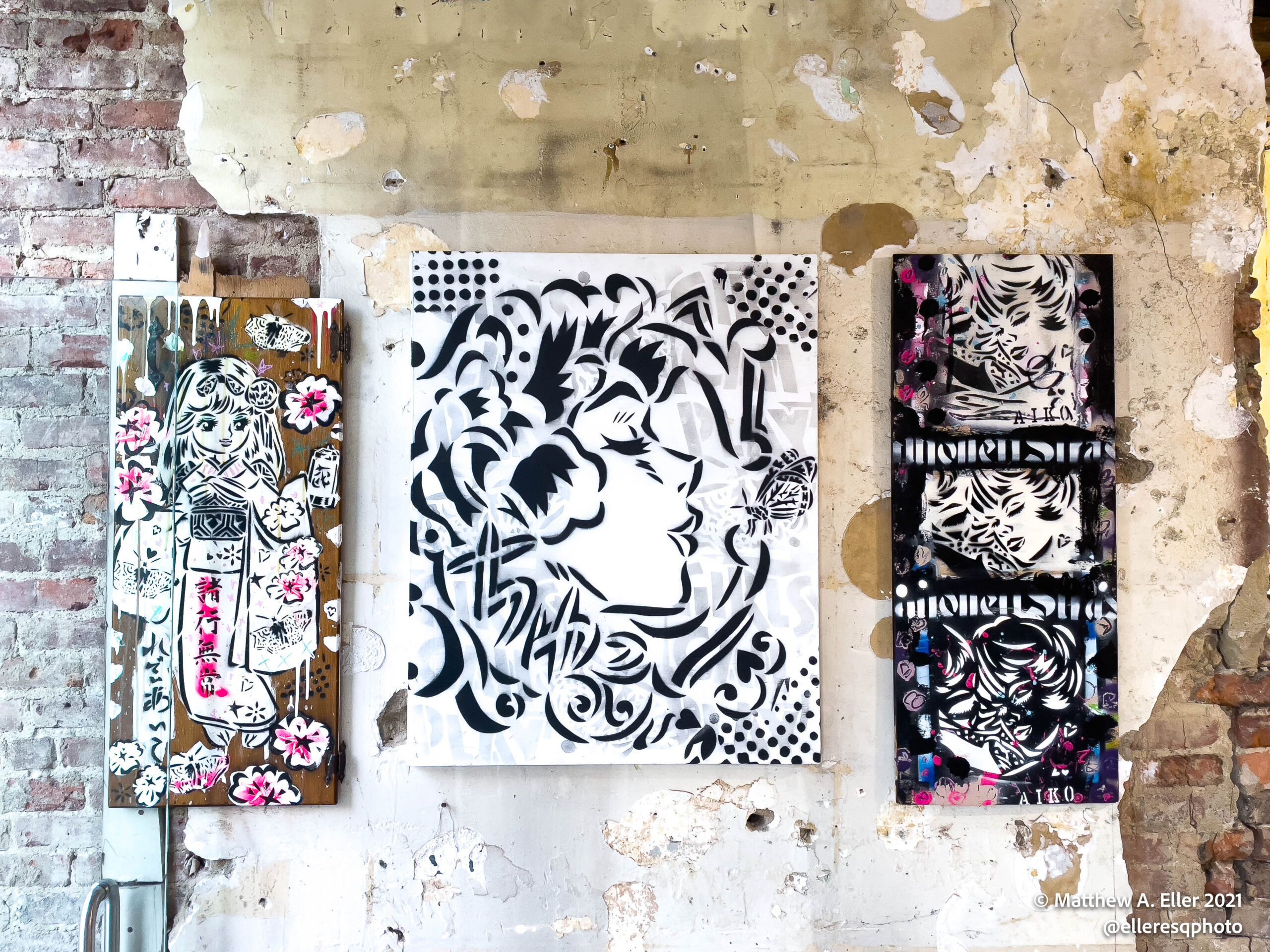 I remember a surprise in every room. In particular, Elle had the crazy mold of a body with candles everywhere…

Ya, that was great!  For me to get permission took some convincing for that one!

And I remember the basement, Chris Soria painted the poles and Rambo did two rooms and a wall. I could go on and on… the roster was packed!  I remember it being Bedlam there.

Wow, yes that was crazy. 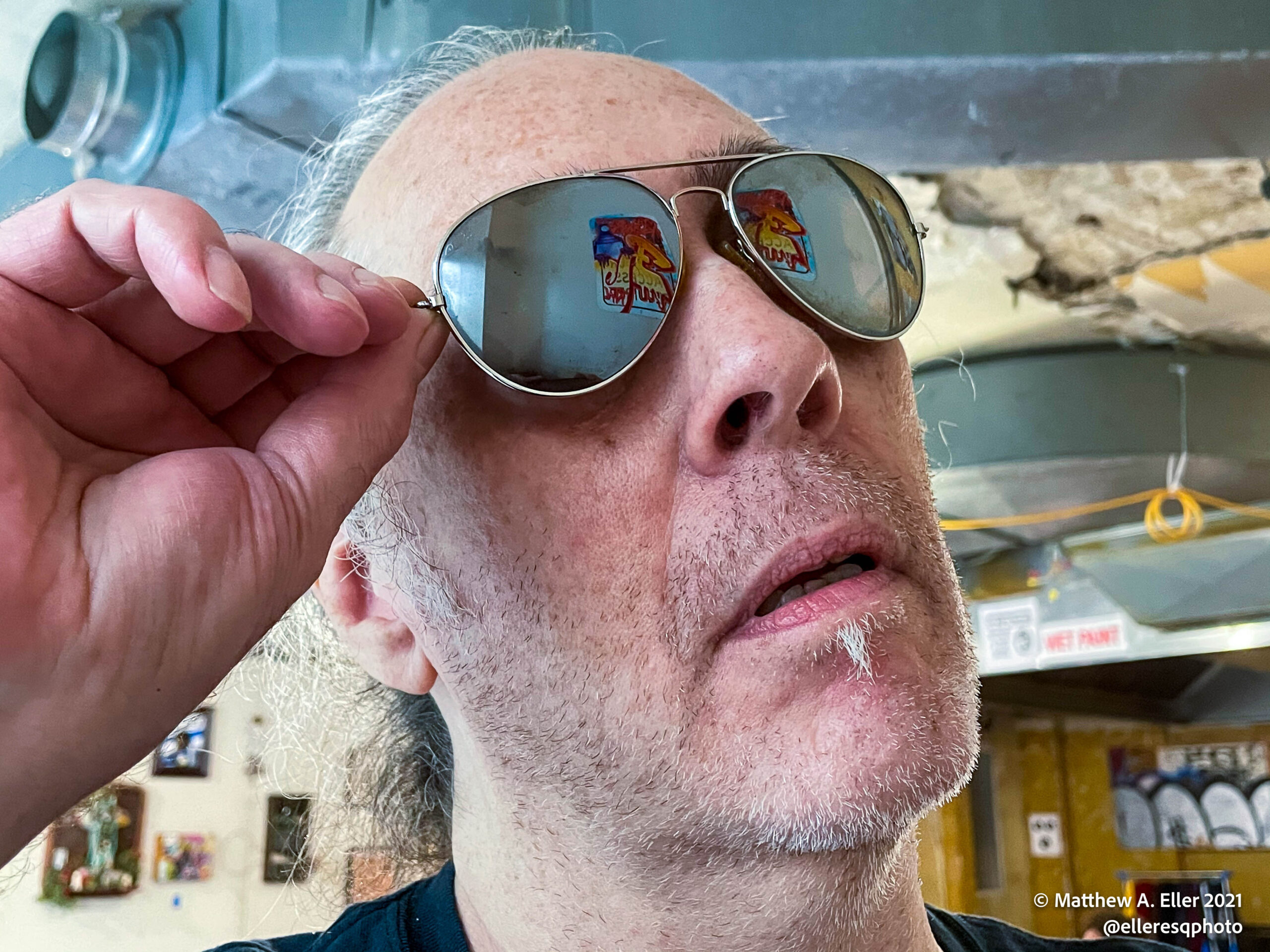 How many people showed up to that thing?

Photographing all that work was almost impossible during the party… thankfully you let me preview the show early!

Yeah. It was great. I mean, you know, I mapped out the whole place and gave everyone their room and/or wall. I think it took like six weeks from the day I went into the building until the opening. 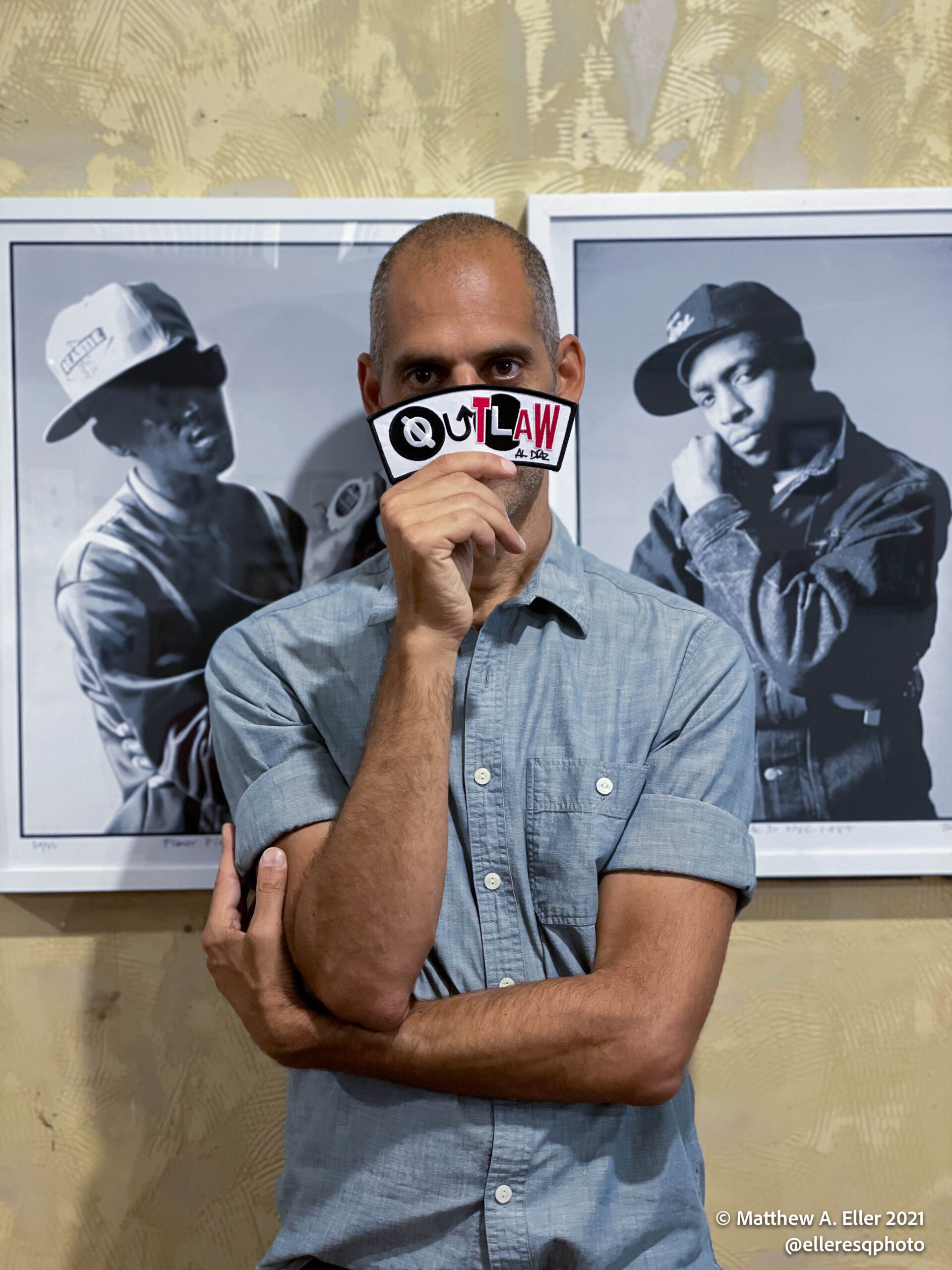 This was 2014 when street art started to really take off in pop culture. Banksy may have been a household name at this point, but most of the names people know now were still selling prints for a couple hundred bucks!

Exactly!  It was one of those things that will only happen once I guess?

I remember that it was one of those shows where I ended up meeting a lot of very cool artists – who I either knew, or wanted to meet. They were all just hanging around drinking for free and making general mess with paint and markers. But this current show that’s open right now on Allen Street is the Outlaw Arts 10th anniversary show tells me about the show and couple of fun stories from over the years.

Well, I had been really known for doing big group shows and I stopped doing that for a while because it’s a huge headache, and a lot of work, but the 10 year anniversary was coming so I knew I had to do it again! And so I picked about 45 of my favorite artists including Peter Paid who will be live painting this Saturday October 9, 2021 along with many others all weekend as well. 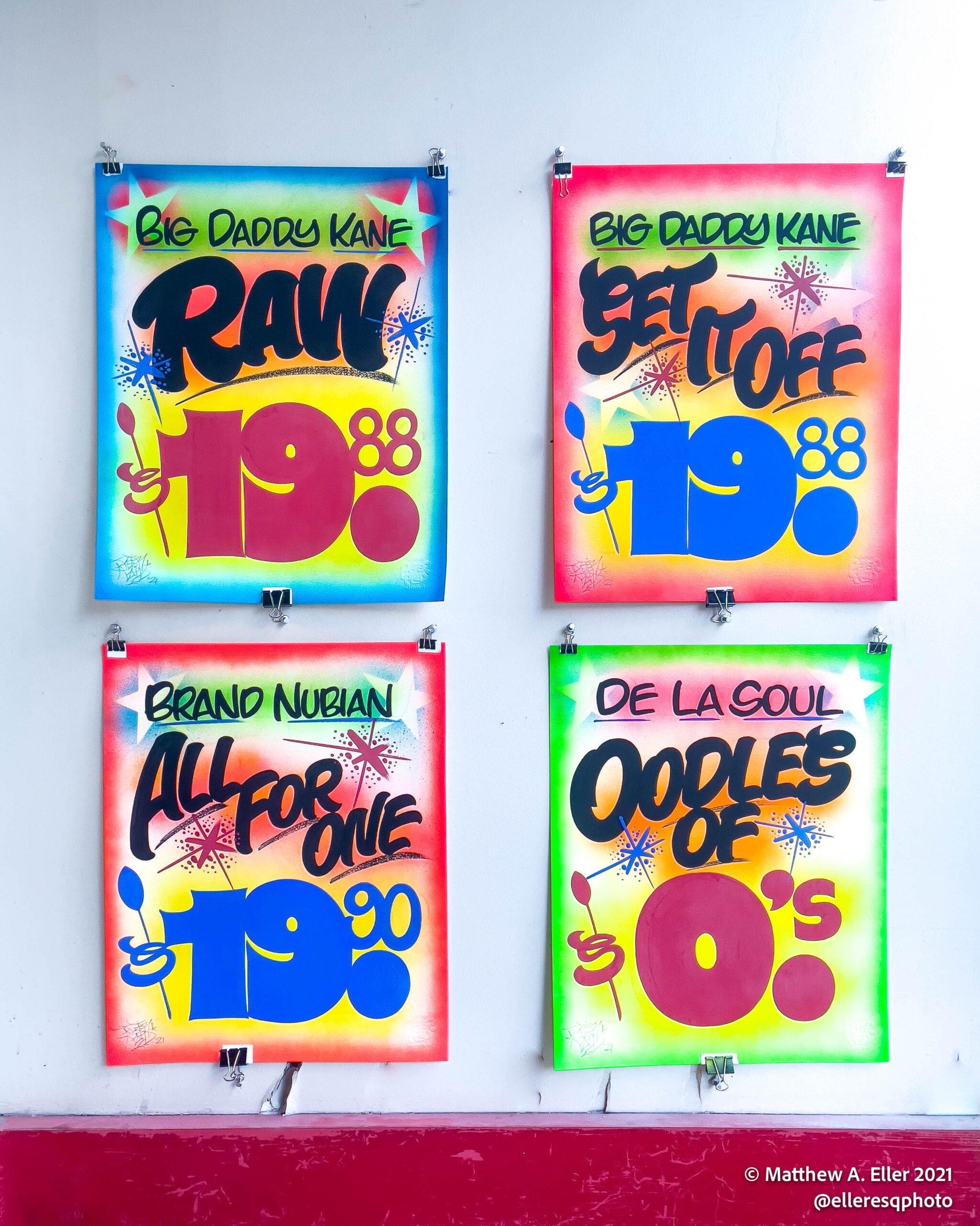 Peter has live painted for me before and It’s super cool and a trip to watch. It’s worth the trip alone for that. Just spend some time and watch him free hand a beautiful painted sign right before your eyes. Can people purchase or watch if they’re not in NYC?

On our website outlawartsnyc.com and on our instagram there will be live videos and pics all weekend. Plus all the works will be available online for purchase. 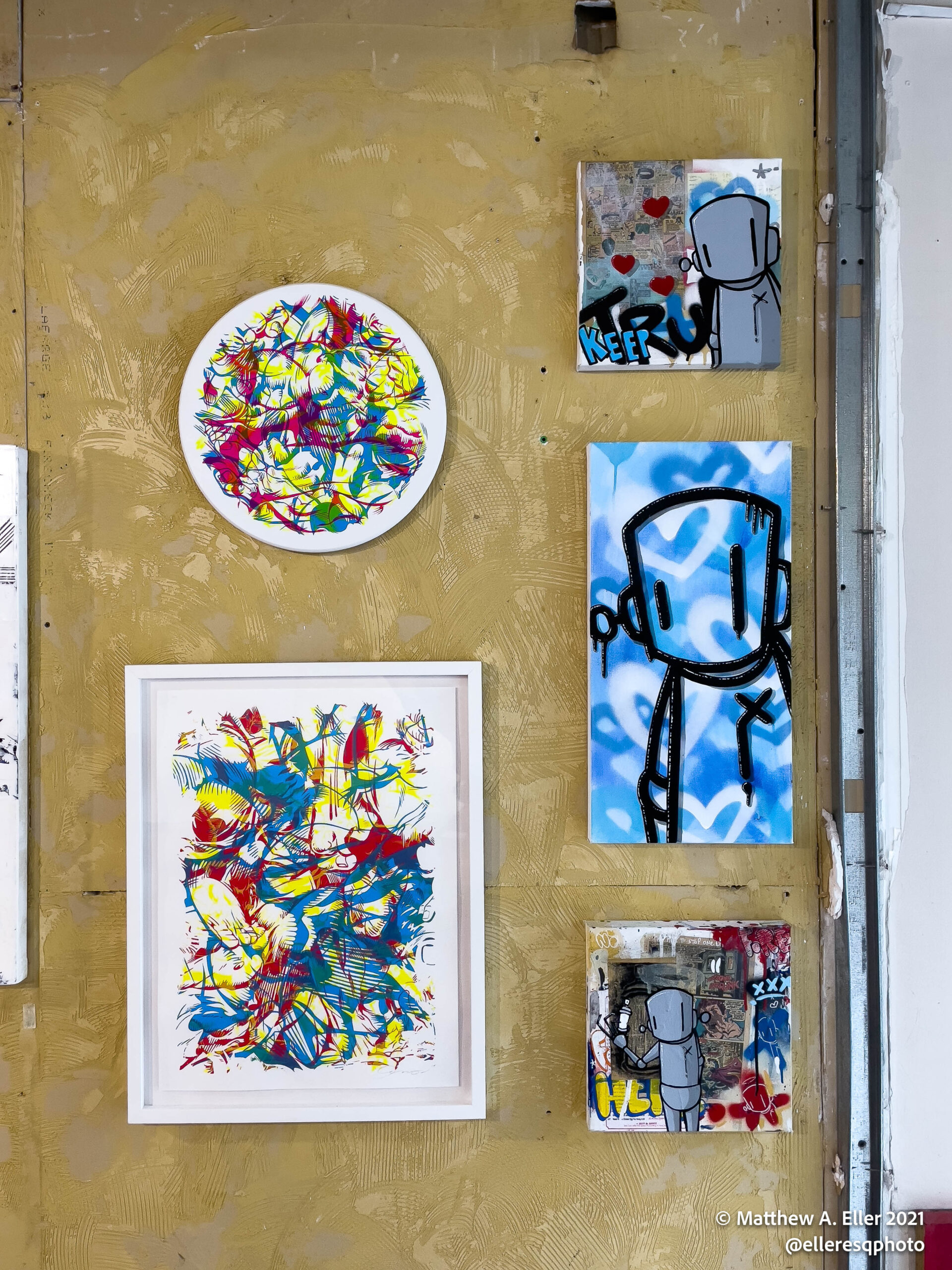 I will be there Sunday taking pictures as always. Before we quit, give me one fun story to get people excited!

Uh, oh boy… so I think it was the Nychos at Jonathan Levine solo show afterparty we hosted at the rooftop at this hotel I worked at… There was a family living in the building next to the outdoor deck and I see two artists I will leave nameless climb over and go on the roof of the adjacent building. And then I don’t know exactly what happened but they came running back laughing. Of course shortly after the cops ended up making a visit because the family next door saw them tagging up their building. Quick on my toes I was able to sneak them out the back. There is this stairwell through the basement I knew about and while the cops were going up the elevator I took them down the opposite way. Then my boss who was super fucking cool erased all the surveillance tapes. Luckily nobody went to jail that night but let’s just say we ended up having to build a barricade to separate the two buildings. 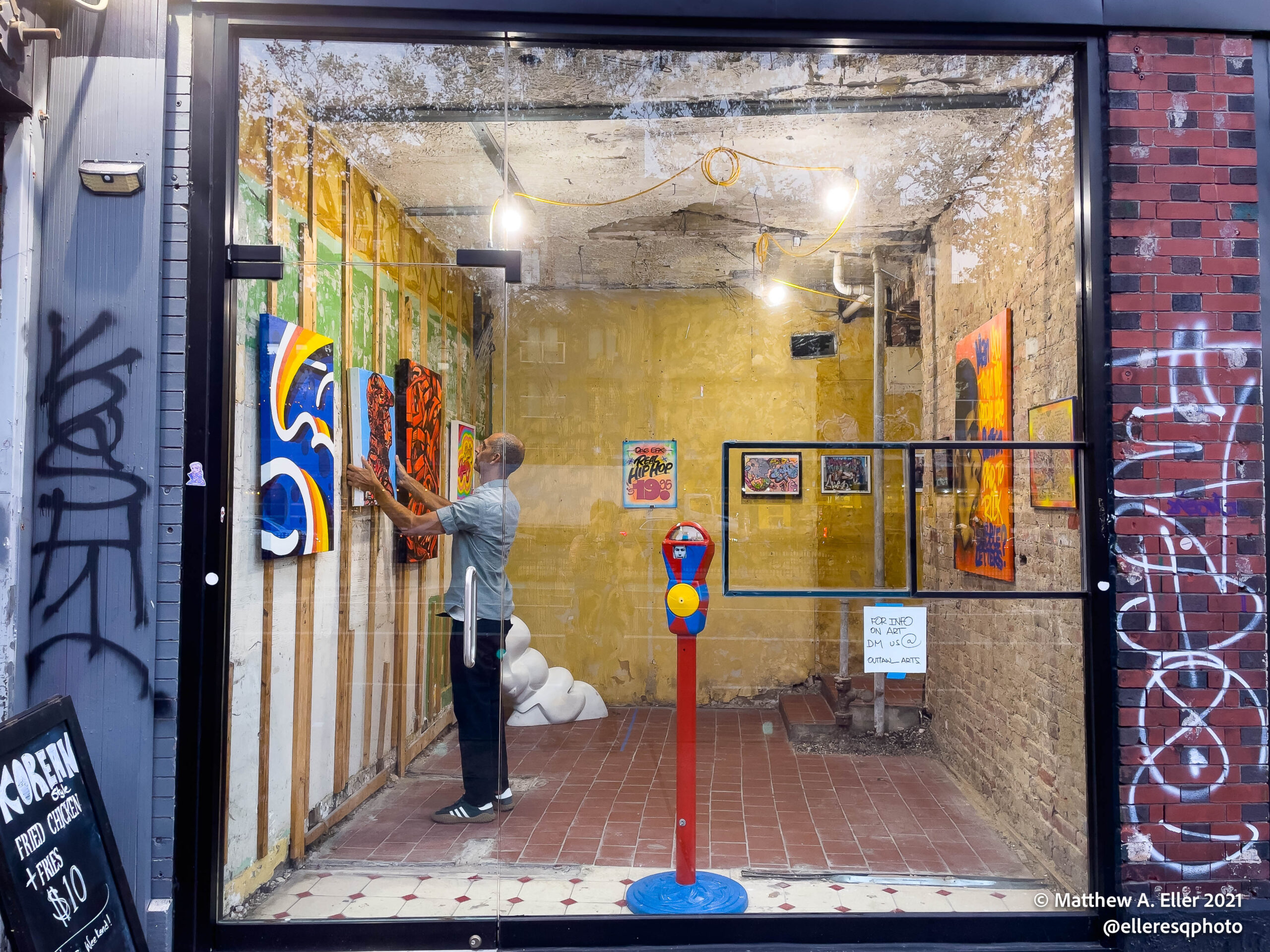 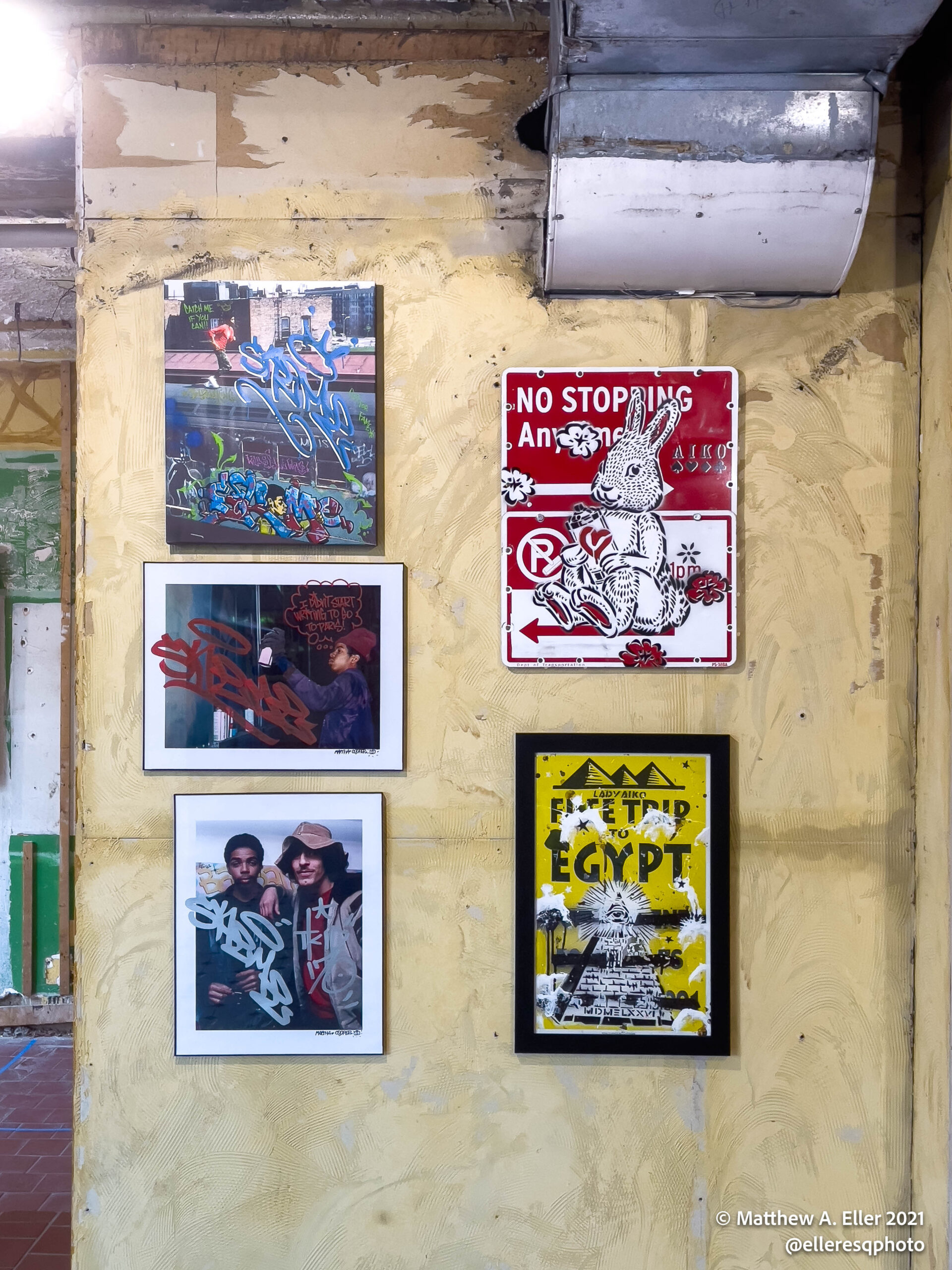 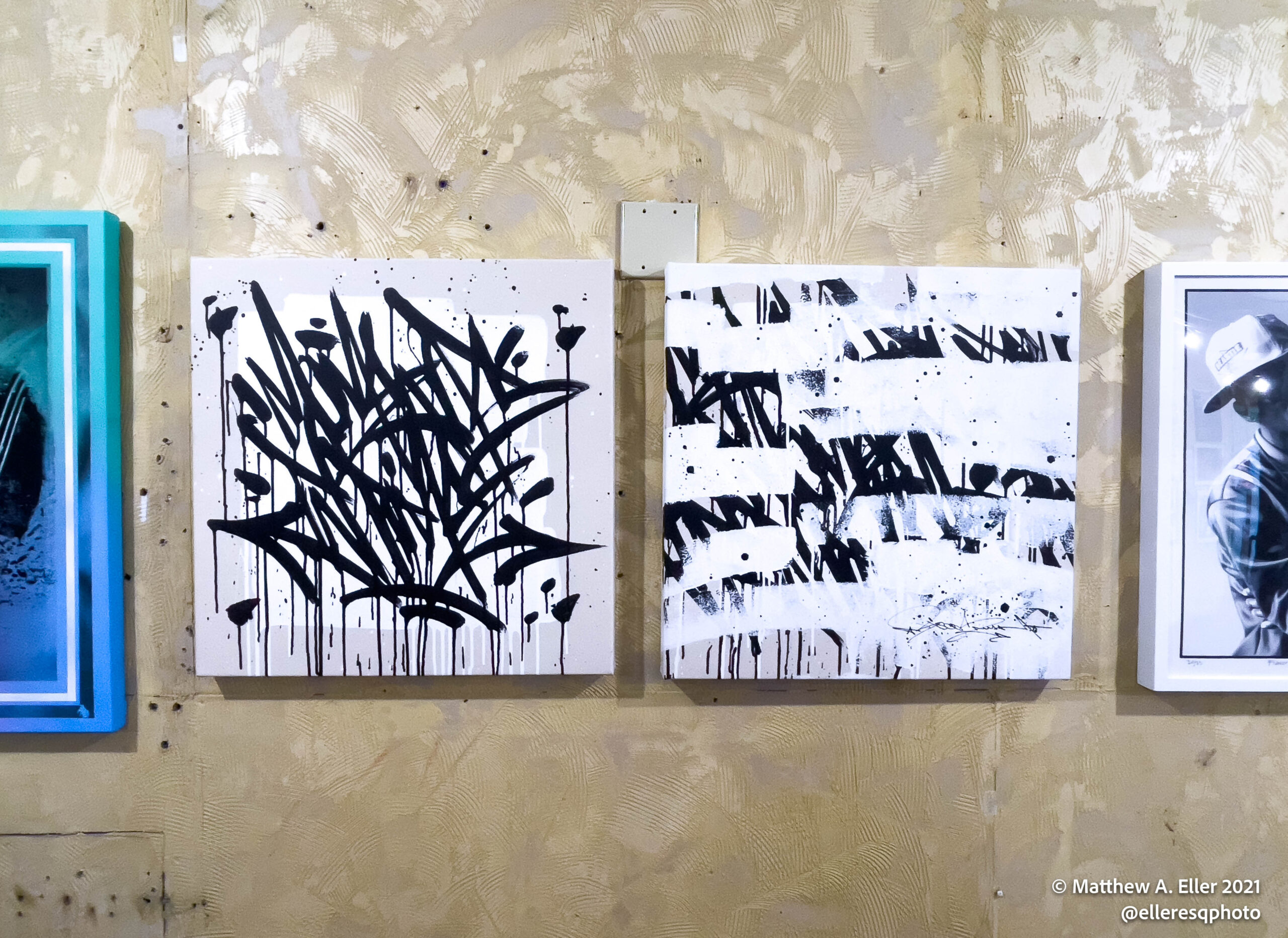 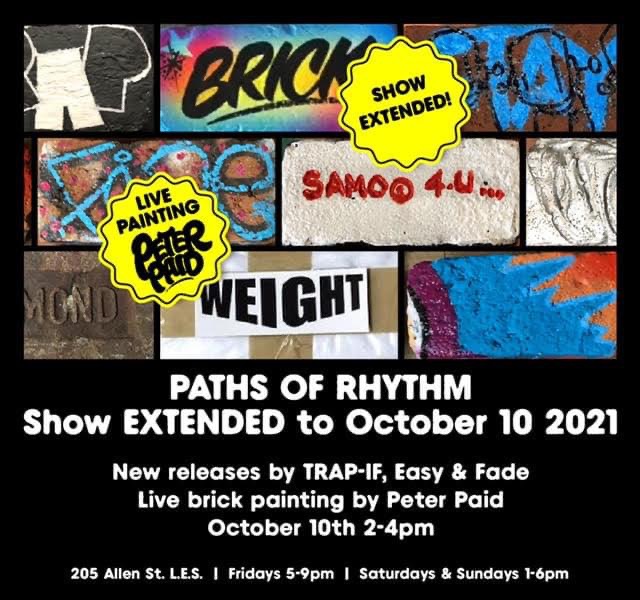 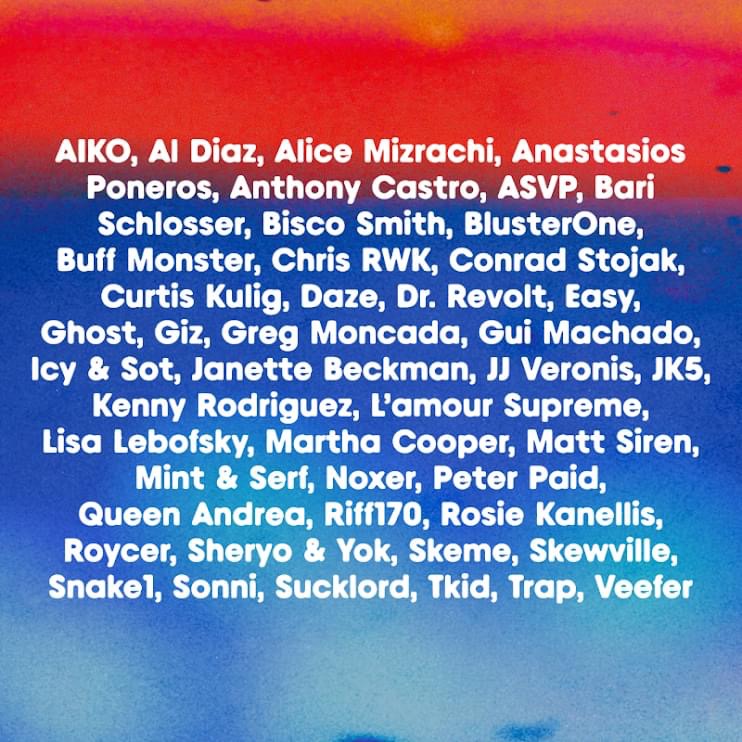