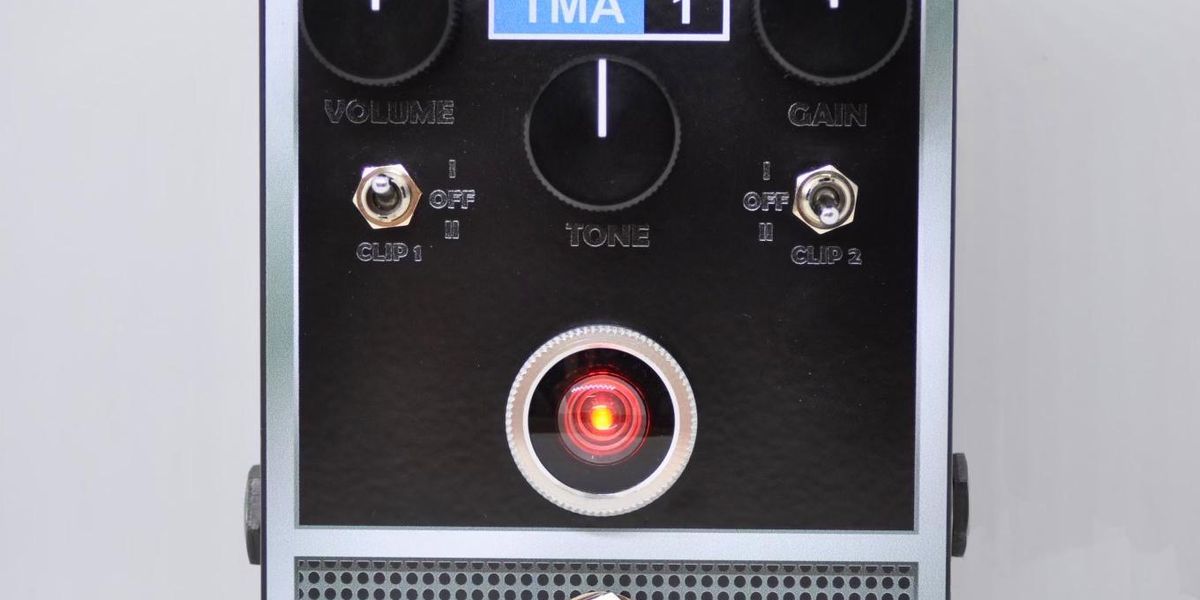 Detected by its strong magnetic field emanatingfrom the lunar crater Tycho, the TMA-1 was found buried 15 meters beneath thesurface of the moon. The moment 9 volts of direct current hit the TMA-1, a powerfulsignal burst across the universe, searching for other devices of its kind. This is howthe new fuzz pedal from Acorn Amplifiers came to be.

The TMA-1 fuzz is a four stagetransistor fuzz featuring a series of selectable diode clipping options. Germanium,silicon, and bypass clipping diodes are switchable in two separate stages of the fuzzcircuit, allowing for a vast array of shapable fuzz tones. A giant glass lens indicatorglows red on the face of the pedal to remind humans of the impending singularitythat threatens to doom mankind, and also to let you know when the fuzz is engaged.

The TMA-1 is sold for $199.00 and is available now at AcornAmps.com and select dealers.