Get 78% OFF Action Phaser by NoiseAsh @ Audio Plugin Deals 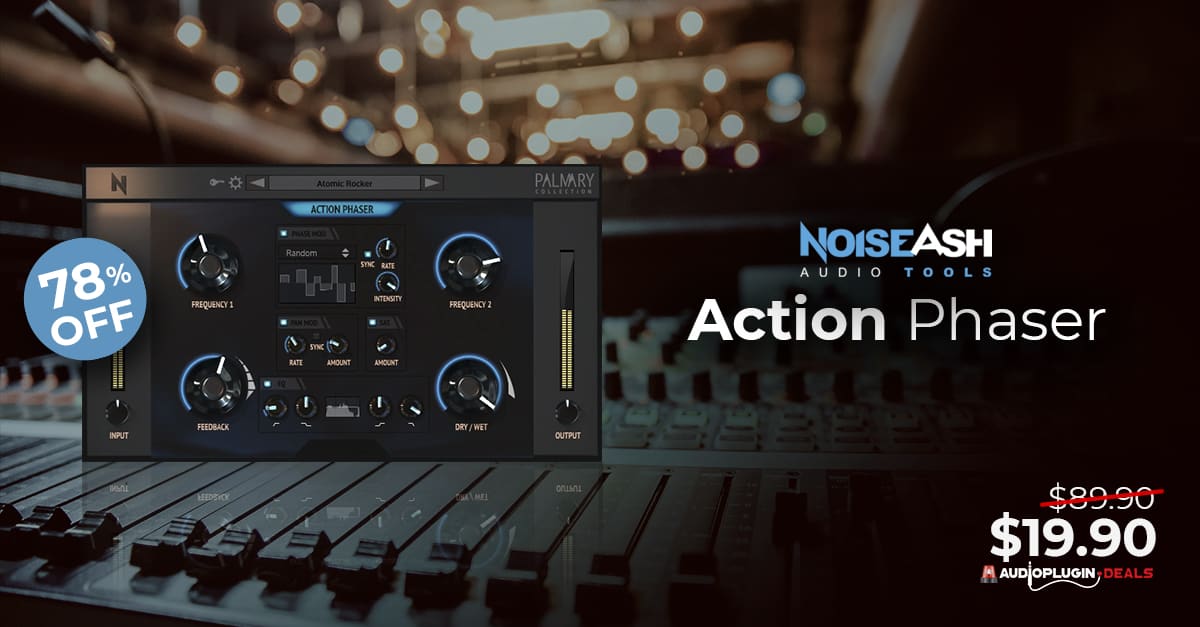 Audio Plugin Deals has launched a special 78% OFF discount on Action Phaser by NoiseAsh, one of the best-sounding phaser plugins on the market since its launch in 2018.

Action Phaser is a stereo phaser plugin with an advanced modulation system. With this deal, you can get this plugin for just $19.90, instead of the usual $89.90, up till 26th October.

This is a multi-function phaser effect that can emulate both vintage analog and modern digital phaser sounds. It’s based on a variety of hardware phasers.

You can assign the phaser’s modulation sources as in-sync or free-sync modes as you want.

There are five waveforms on the LFO section, including triangle, sawtooth, sine, pulse, and random. In addition, you can set the waveform shape using a custom envelope follower.

While all these features may seem daunting if you’re a beginner, the simple interface makes it super easy. You can quickly combine and apply all of these features and get to making music.

There are several presets available that’ll get you on the fast track. And the four large knobs for Feedback, Frequency 1 and 2, and Dry/Wet make it easy to tweak the sound. Plus, the GUI is resizable.

The plugin works great for any instrument or track, from guitars and basses to synths and pianos. We tried it on an electric guitar and it added a funky groove to the sound. Here’s a quick video that demonstrates its sonic potential:

Action Phaser is available for Windows and macOS in the VST, AAX, and AU plugin formats. NoiseAsh has designed the plugin to be CPU-friendly, with a high-quality analog DSP engine that produces stunning realism.

So if you were looking for a cool phaser plugin to add to your arsenal, now’s the time to get this sweet deal!