Is this 16th century optical illusion the oldest (and darkest) ever? 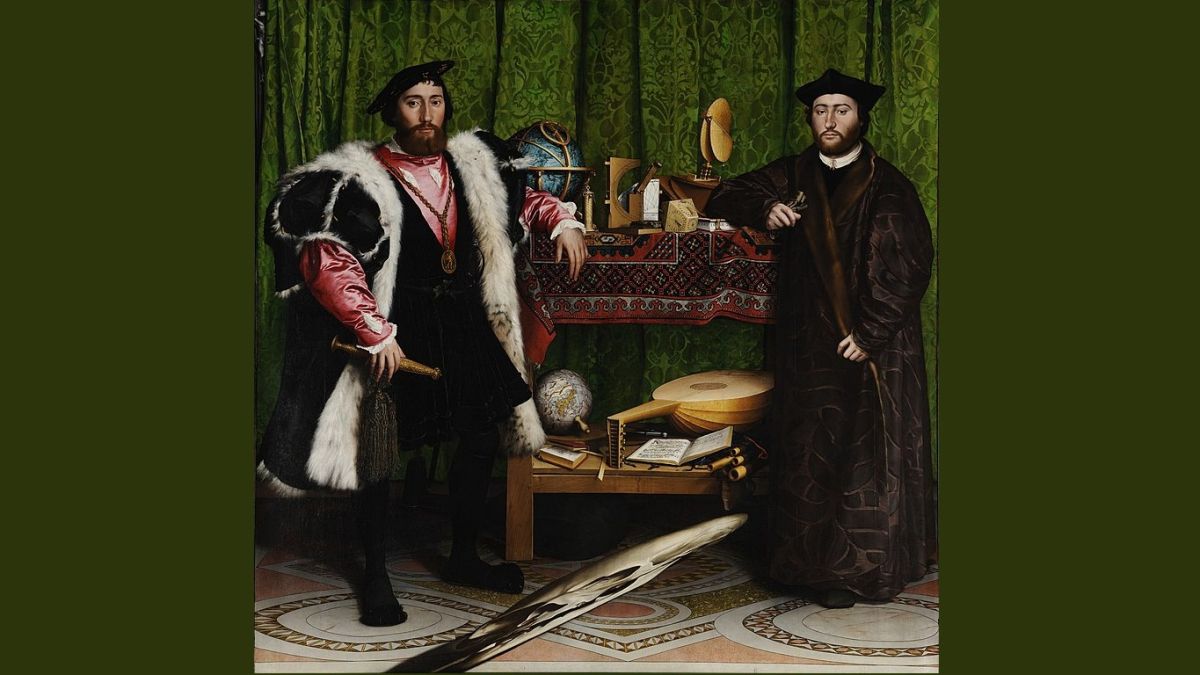 We’re big fans of mind-bending optical illusions in art. But while it’s entertaining having your brain scrambled, they’re usually just a bit of fun.

Here’s a 16th-century optical illusion, though, that goes beyond just being a clever trick, and offers a more profound reflection on life.

The illusion appears in ‘The Ambassadors’ (shown above), painted by Hans Holbein the Younger in 1533, which memorialises Jean de Dinteville, French ambassador to England, and his friend, Georges de Selve.

Most people won’t spot it when viewing the painting face on, and the illusion only properly reveals itself when you view the painting from the right. Watch the video below and you’ll see exactly what we mean.

As the video shows, there’s an anamophic skull lurking in the foreground, which only fully reveals itself when you’re in the correct position. It’s quite a clever trick, and a real ‘wow’ moment when you spot it. But the artist didn’t just put this in to show off. There’s a deeper story to tell here.

On the face of it, these two diplomats are depicted in a glamorous light, proudly posing in exquisitely tailored clothing and surrounded by opulence. The impressive objects in the painting point to their towering status as high-ranking, educated men: scientific instruments, a hymn book, musical instruments, a terrestrial globe. And yet… There’s that grim skull, hiding in plain sight, taunting them and us.

The skull was commonly used at the time to represent the Latin motto ‘Memento Mori’, which means “Remember that you [have to] die”. And the message here is clear.

Despite all your worldly possessions, money and status, you’ll be worm food before you know it, just like the rest of us. We all try to blank this out of our minds, and we may occasionally succeed, but death is always there lurking in the background, out of sight, waiting to claim us.

And on that cheery note, we wish you all a happy Thursday!