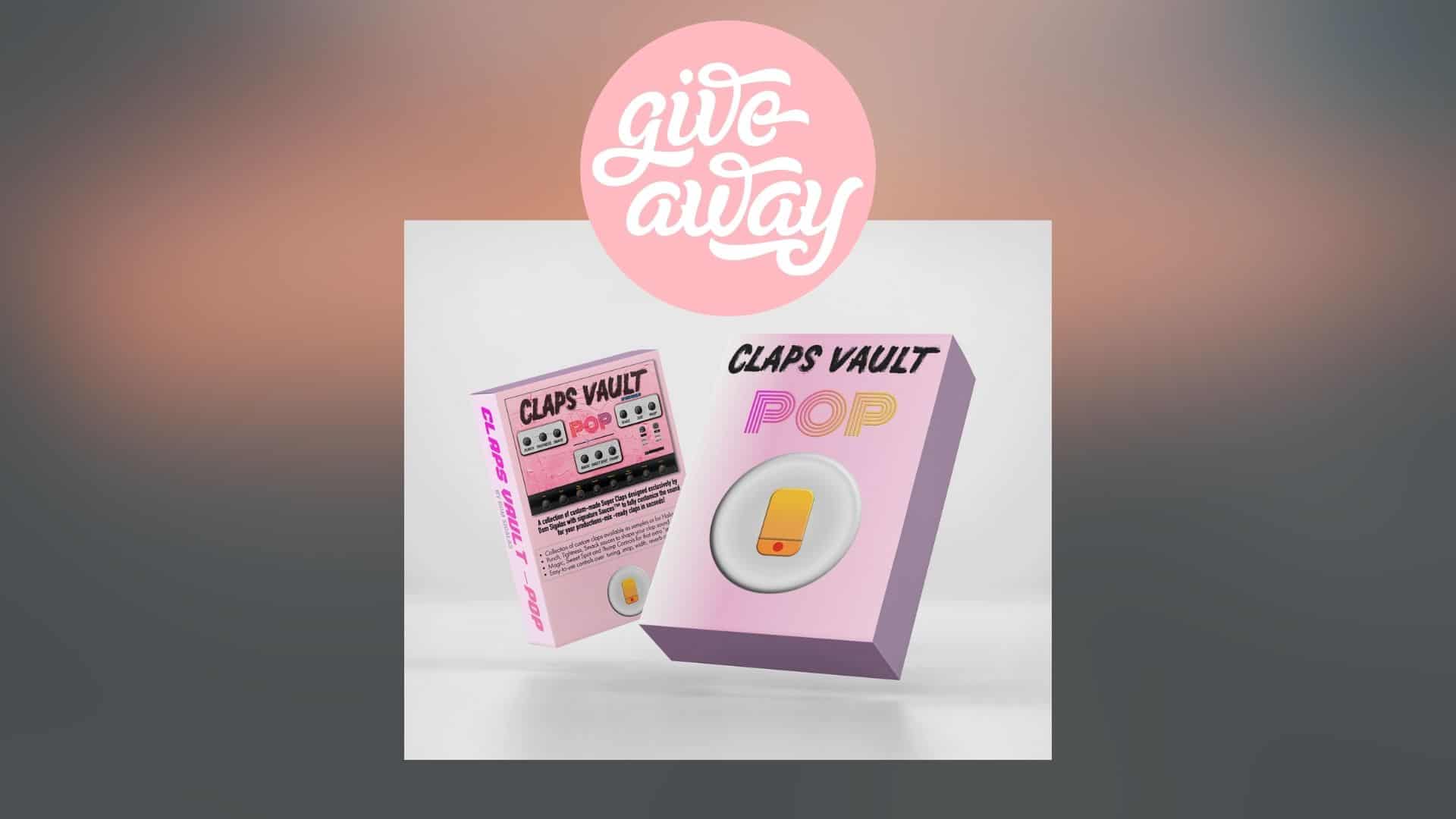 The pack was available as an exclusive freebie for Dom’s email subscribers a couple of weeks ago (thanks to BPB reader Chris S. for the info!), and now it’s on sale. However, Dom was kind enough to offer ten FREE copies of the library for BPB readers.

Claps Vault – Pop (£6.99) is a collection of 46 custom claps that are ready to go straight into your production. The claps result from meticulous sound design using various drum machines, synths, and analog processing.

When I say ready to go straight into your production, I mean they are high-quality samples put together by someone who knows their stuff. But, every project is different, and even great samples typically need a little work before they are a perfect fit.

So, if it’s not a perfect fit straight off the bat, you end up adding and tweaking plugins. If you’re lucky, it’s a quick process; if not, you get stuck in that annoying, can’t quite find perfection zone where minutes turn to hours.

The idea behind the instrument version is to give you more control over the source sound to save messing around later. It’s with HALion Sonic SE that you can add Dom’s special Sauces via his carefully crafted controls.

Using the Tightness, Punch, Magic, and Sweet Spot controls, you can shape each clap to the nth degree, ensuring it sits perfectly in your project.

Many producers underestimate the importance of the right clap or any other seemingly more minor aspect of the production. It’s probably fair to say it’s mostly early-stage producers, but it’s something more experienced producers can get lazy with, too.

Taking a one-clap-fits-all approach can ruin an otherwise promising project. It doesn’t matter how impressive the harmonies are or how technical the performance is if you use a clap that doesn’t hit right.

The only honest feedback you’ll get is that the clap is too weak, too overbearing, or something else along those lines.

Claps Vault – Pop should make a sometimes tedious process shorter for its users.

If you haven’t already, it’s worth checking out Dom’s official YouTube channel, especially if you are a Cubase user; lots of very cool stuff there.

The has officially ended and the lucky winners are:

Winners, please check your email for the instructions on claiming your prize.

Everyone else, better luck next time (we have more giveaways coming very soon), and thanks for reading BPB! ❤️