Spanish street artist David de la Mano just finished working on his latest mural in Torrent, Valencia. His work entitled “The Calm” depicts a great whale with a silhouette of people riding on its back in David de la Mano’s signature monochromatic imagery. The mural was painted in collaboration with artist Pablo S. Herrero. 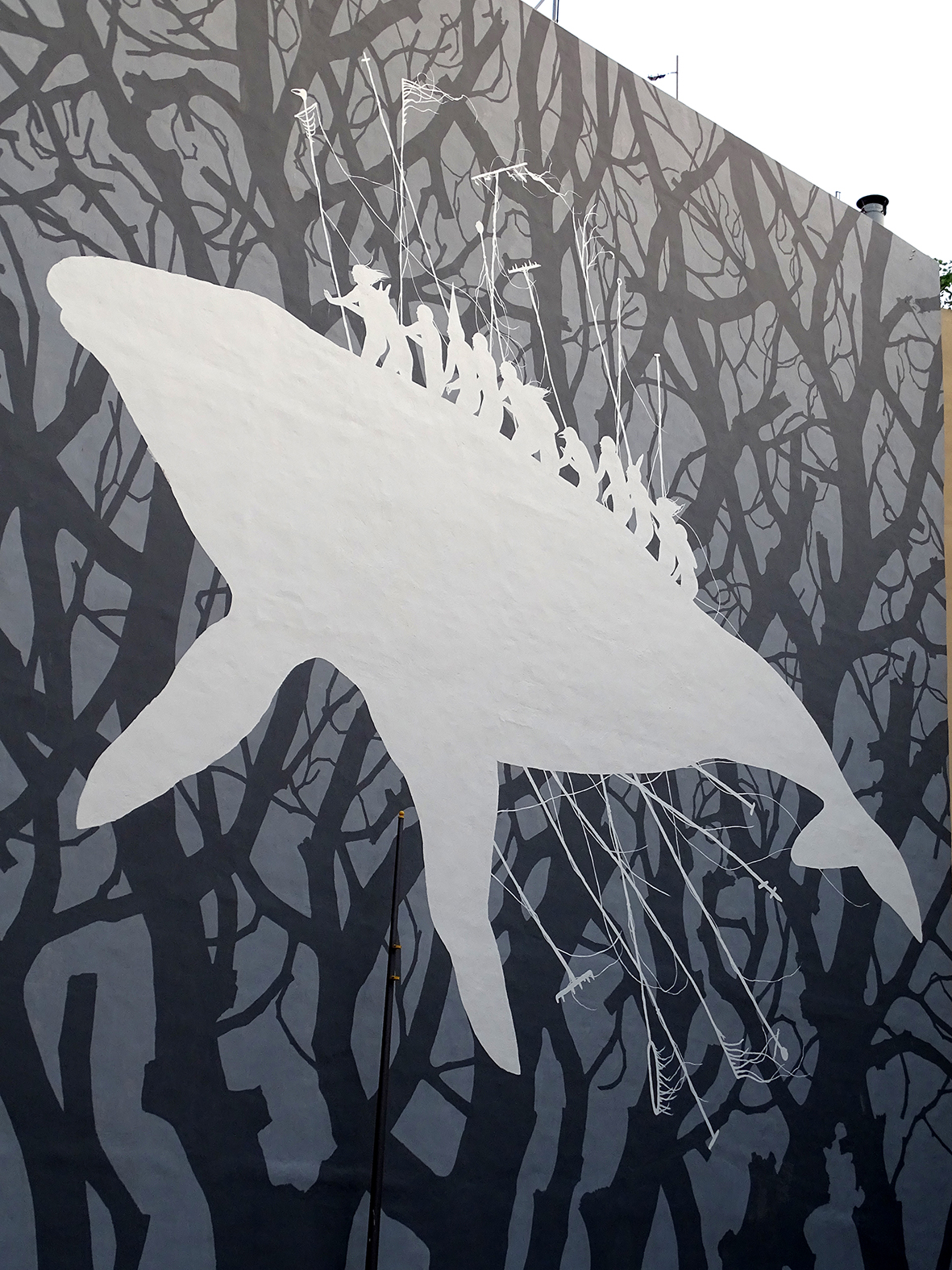 “The great whale carries a human group on it. Its passengers don’t know where they are going. Some of them trust the wisdom of an ancient being who knows the territory, others travel with the suspicion that the whale doesn’t know what her path is either. Some of them believe that the environment in which they are in can be deciphered, perhaps by others. They intuit that there were those who interpreted it before. One part of the group only distinguishes a bitter feeling of loss. They all carry something important in their hands. Everyone keep calm.” 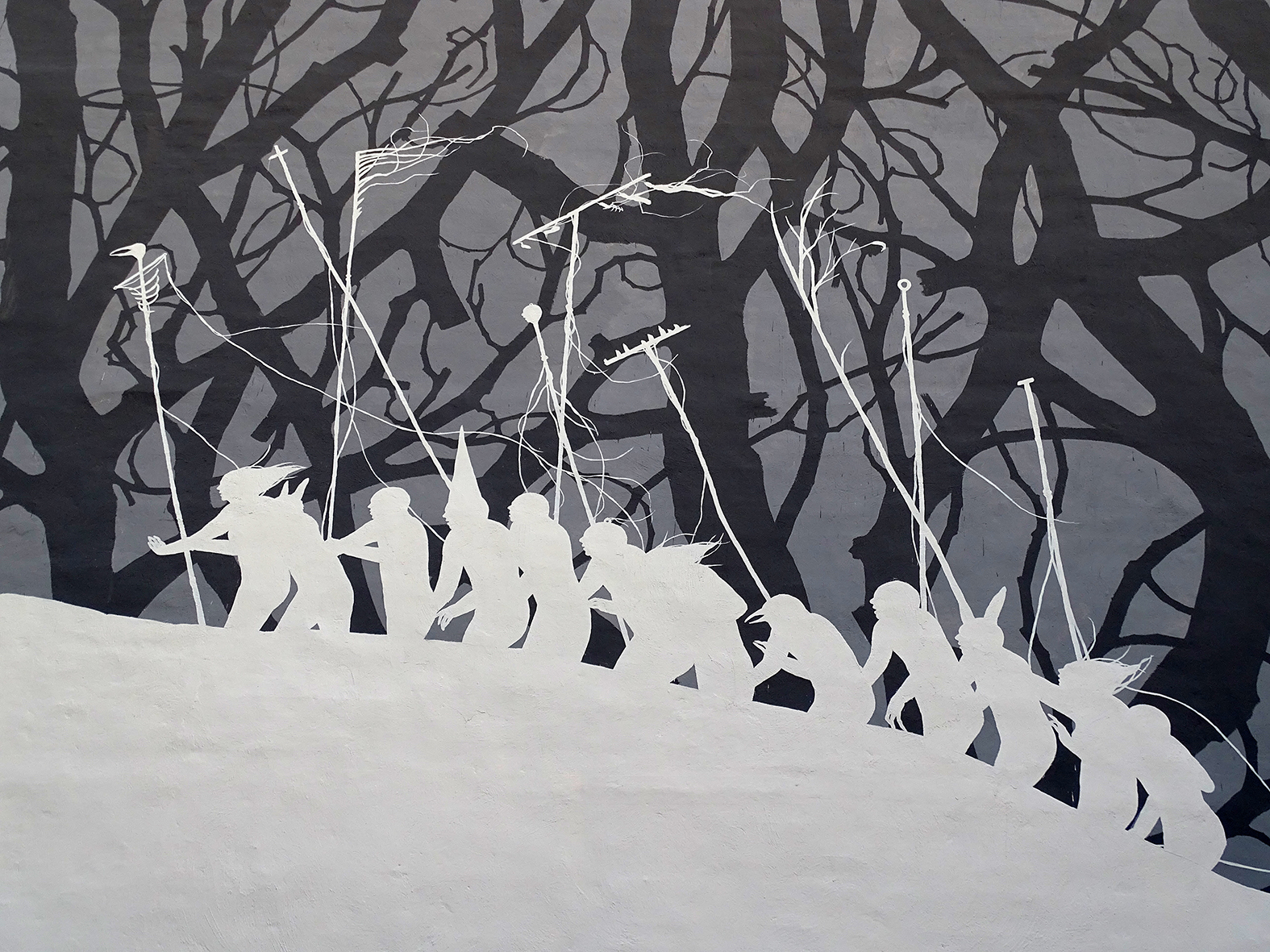 David de la Mano is known for his large dystopian murals featuring human and animal silhouettes and minimalist style. He creates distinctive artworks which are symbolic reflections on humankind and reminiscent of dark fairytales. The single anthropomorphic figures of the artist gather together and unite in an eternal and recurring movement; the individuals become the mass and vice versa, and they are driven by their dreams, ambitions, fears, vices, hopes, and internal conflicts.

Take a look below for more photos of “The Calm” and stay tuned with us for more updates on David de la Mano and the international street art scene. 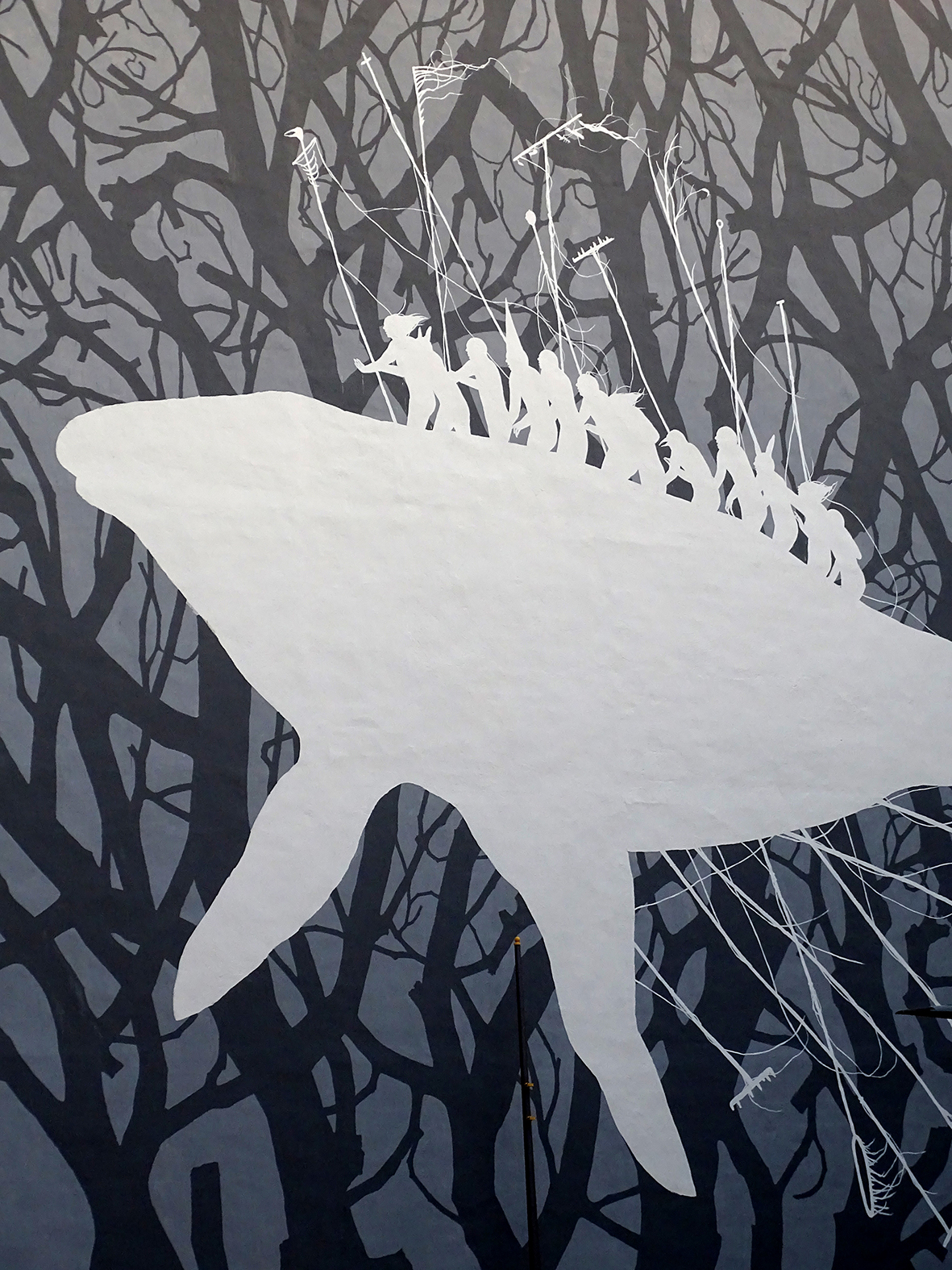 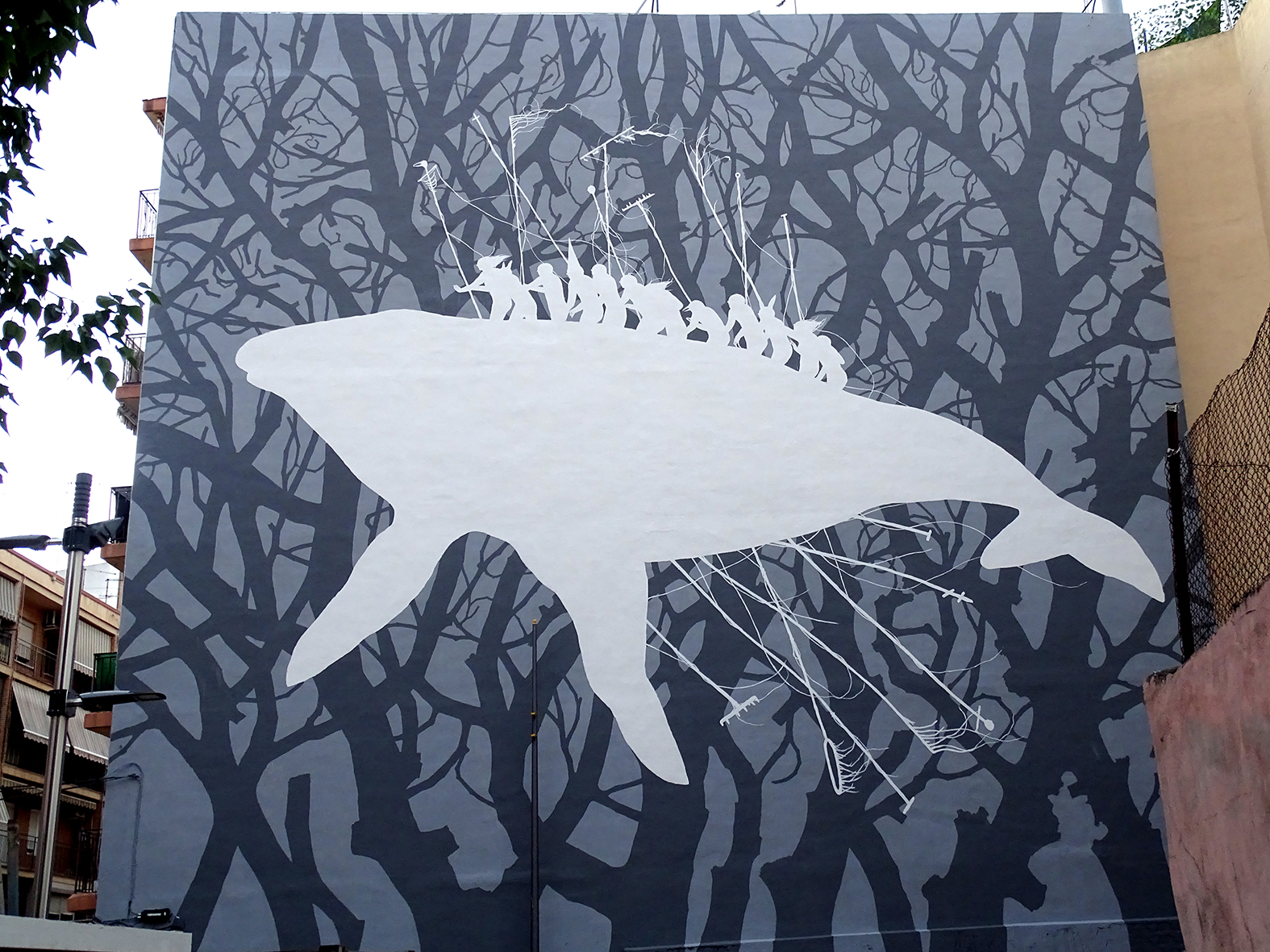