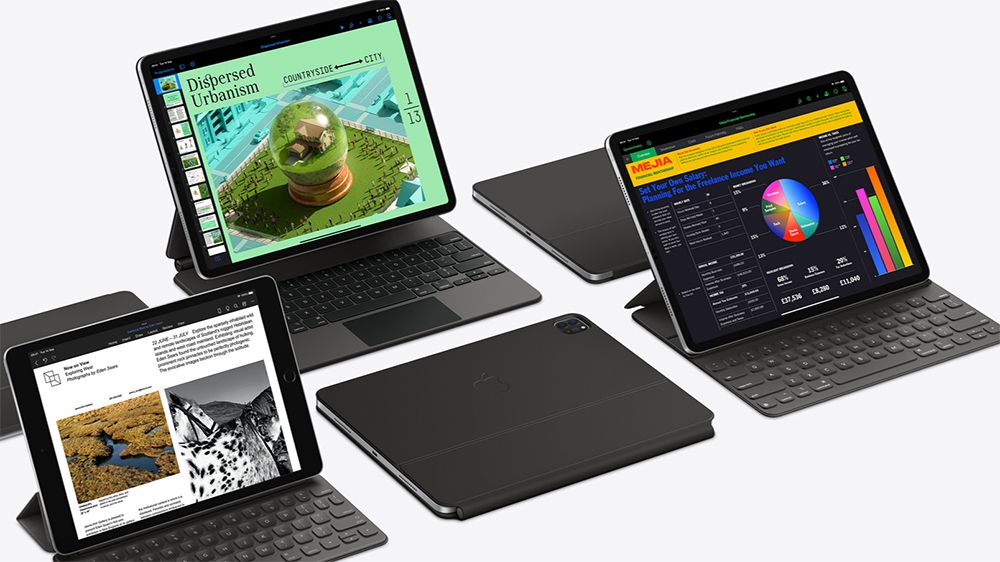 The Magic Keyboard Black Friday sales are rapidly approaching, the perfect time of year to save yourself some cash on buying a new keyboard for your Mac, iPad Pro or iPad Air. Finding a great price for Apple keyboards year-round can be a challenge as Apple isn’t exactly known for running discounts, but with Black Friday being one of the largest sale events of the year, we anticipate that a few deals will appear to tempt you to buy before Christmas.

But what exactly is a Magic Keyboard? Unlike the widely disliked butterfly mechanism, the Magic Keyboard family of products uses scissor-mechanism for improved key stability, which results in a much nicer typing experience. The keyboard is usually bundled with Mac and iMac computers (though it can be purchased separately) and is considered to be the best keyboard to use with macOS.

In 2020, the Magic Keyboard for iPad was released, a modified version of the existing keyboard that also provides a built-in touchpad to give you a laptop-like experience when using Apple tablets. Alongside other accessories like the Apple Pencil, the Magic Keyboard has helped revolutionize the creative process on iPads, giving users the benefits of a mobile graphics tablet and a laptop all in one lightweight device.

Whether you’re looking at buying a Magic Keyboard because you want to upgrade or replace your current iMac or Mac Mini keyboard, or you want to improve the productivity of your iPad, we’ll find you some of the best Magic Keyboard deals this Black Friday 2021.

Magic Keyboard Black Friday: When is it?

Black Friday typically comes around on the day after Thanksgiving in the US, so Black Friday 2021 will be Friday 26 November. For online shoppers, Cyber Monday comes hot on its heels on Monday 29 November (though deals will also appear online at the start of Black Friday – so you’ll at least have the entire weekend to grab yourself a bargain).

That said, Black Friday hasn’t ‘started’ on the big day itself in many years, with retailers launching their Black Friday sales increasingly early to get ahead of the rush for hot deals. This is great news if you don’t want to wait as we can expect to see early Black Friday deals appearing on expensive Apple products like the Magic Keyboard from as early as the start of November.

These early sales might tempt you, but traditional retailers will avoid publishing their best offers until the official Black Friday or Cyber Monday date, so you may be rewarded for having some patience.

Magic Keyboard Black Friday: How to get the best deals

Black Friday is one of the best times of year save yourself some cash on otherwise expensive Apple devices and accessories, though don’t be surprised if you don’t see any bargains going live on Apple’s own website.

Apple does technically join in with Black Friday just like many other retailers, usually offering Apple Black Friday gift cards rather than discounting any products on its webstore, so if you just want to shave a few pennies of a direct purchase, don’t bother queueing up outside a physical store or refreshing the website on November 26.

Instead, third-party retailers like Best Buy and Amazon are likely to be the best place to find some deals, but savings might be modest compared to other products you have your eye on. Apple hardware holds its value well, so there’s little incentive to apply much of a discount, but even saving just a few percent in an Apple Black Friday deal is likely going to be a better buy than you’ll find the rest of the year.

Magic Keyboard Black Friday: What deals can we expect?

It’s still too early to know exactly what products we can expect to see discounted during Magic Keyboard Black Friday sales, but you might want to reign in any expectations of huge savings. It’s Apple after all, and that’s hardly a brand synonymous with words like ‘cheap’.

If we look at some of the official sales from last we can see that Amazon discounted the Apple Magic Keyboard with Numeric Keypad (Wireless, Rechargeable) from$129 to $119, saving $10.

That doesn’t mean some tasty savings won’t appear though. Amazon also ran an offer on the Apple Magic Keyboard for 12.9-inch iPad Pro that saved a whopping 29%, taking it down from $349 to a more appealing $249. There’s no guarantee we will see similar steals this year, so keep your eyes peeled on the run-up to the big day.

Can’t wait to make your purchase? These are the best current pre-Black Friday Magic Keyboard deals.

&nbsp;$111.05 at Amazon
Save $17.95: This low-profile wireless keyboard is beautifully optimized for use with macOS, featuring an extended layout, document navigation controls for quick scrolling, and a scissor mechanism beneath each key that allows for increased stability.

&nbsp;£164.50 at John Lewis
Save £19.99: This Magic Keyboard is currently reduced to clear, and being one of the best deals we’ve seen on an Apple accessory recently, you might want to act fast before it flies off the shelves.

There aren’t too many offers live this early, you can also check out below for the best Magic Keyboard deals in your region right now.

While it’s unlikely that the links below will have any deals running this early, were recommend you bookmark them and check back regularly to beat the crowds when the discounts and sales do start to appear.