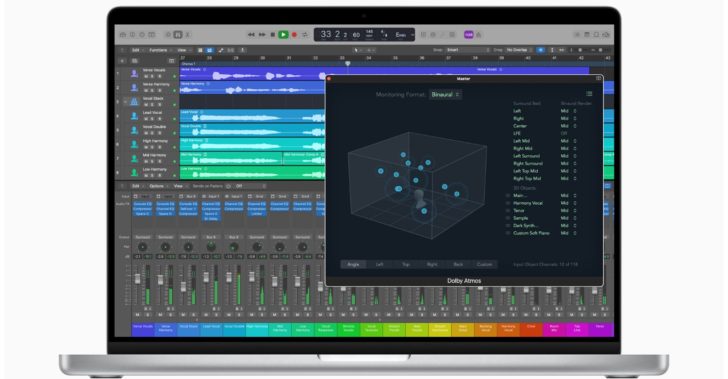 And Apple says that musicians can use up to 3x as many plug-ins for recording on the MacBook Pro with M1 Max.