Attentive passers-by in Blücherplatz in Berlin’s Kreuzberg district may well notice that something’s up. Up on the dome of the Neo-Gothic Holy Cross Church, to be precise. Clinging on to the huge cross with one hand and holding a smoking flare in the other, a little boy wearing a life jacket is calling for help. 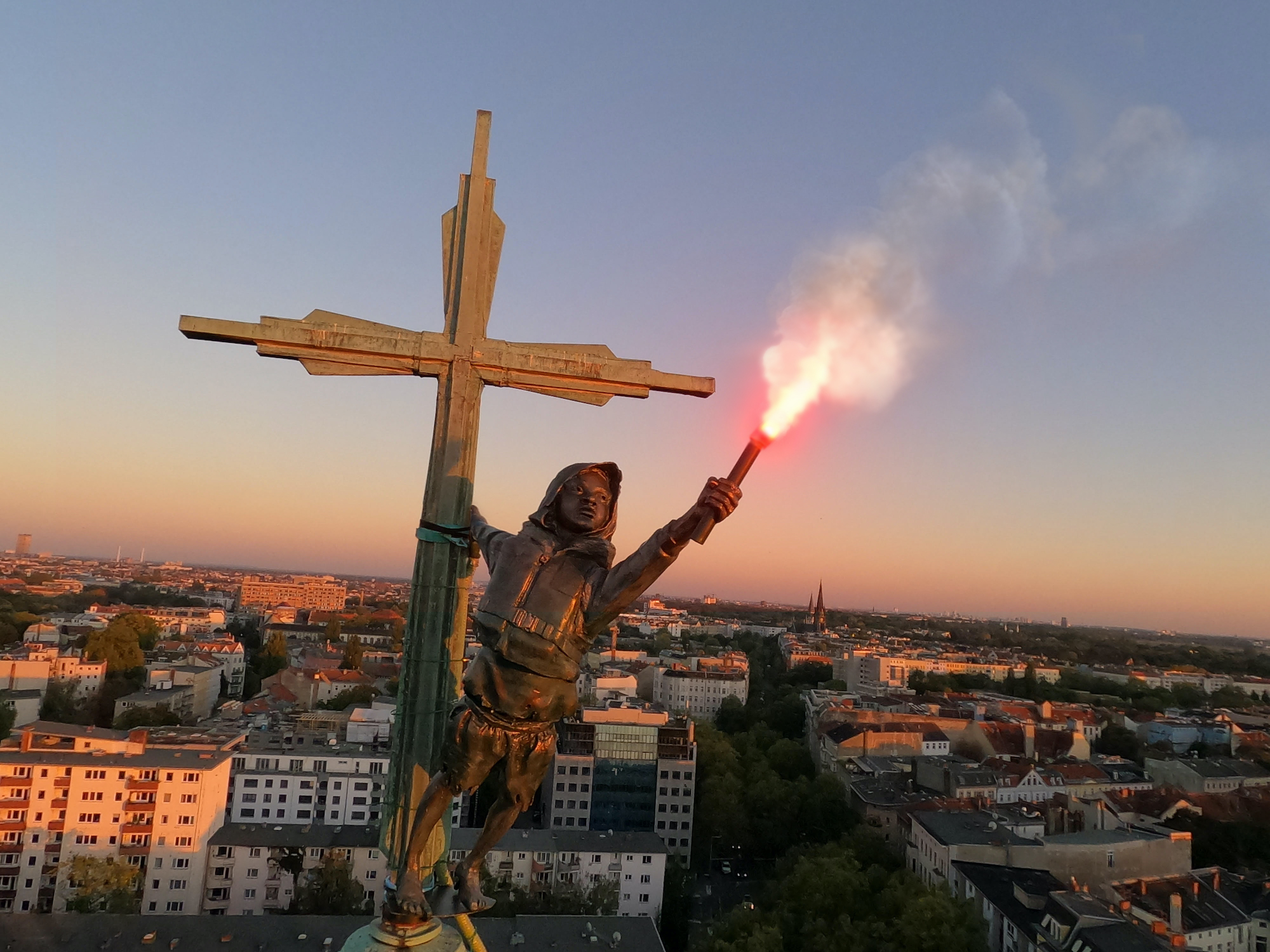 As most people are familiar with distressing scenes involving refugees only through television images, it’s a bewildering sight to behold in an urban setting, high above street level. It’s as though reality has been dismantled in one location and anomalously constituted anew somewhere else. Pulling off this feat is Pejac, the Spanish artist whose works are often powerful poetic commentaries on social and environmental wrongs. 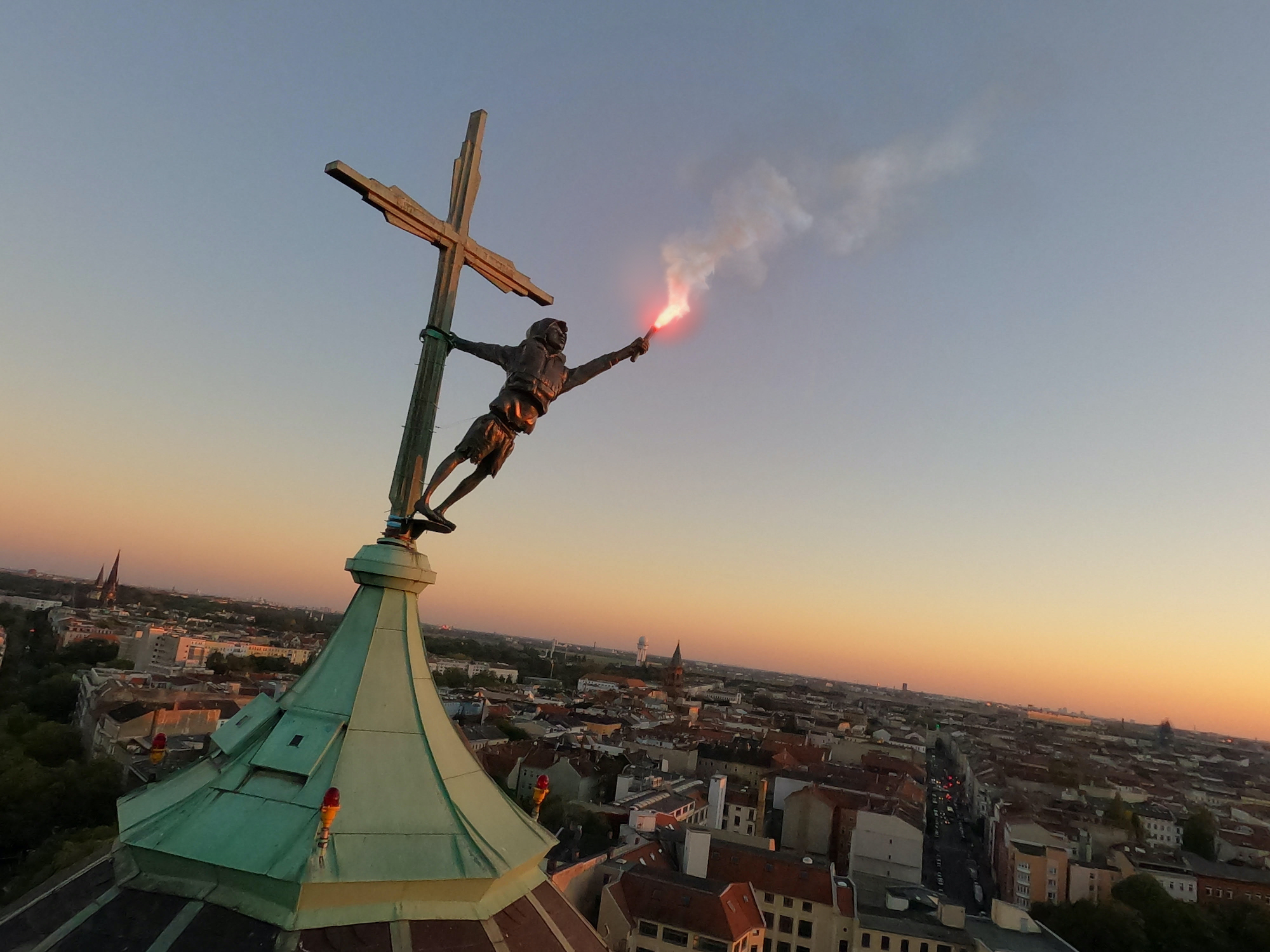 Carefully selecting unusual spots for his extraordinary installations, time and again Pejac demonstrates he is a master of illusion and surprise. A coloured lifebuoy in the midst of a humongous tire dump, a water well floating out on the open sea and a tree piercing a children’s slide inside a forest are but a few of the many outdoor interventions that bear his signature.

‘‘The best way for me to connect to the world is through art’’, says Pejac. ‘‘This new installation speaks of all the people who, even on land, feel adrift.’’ 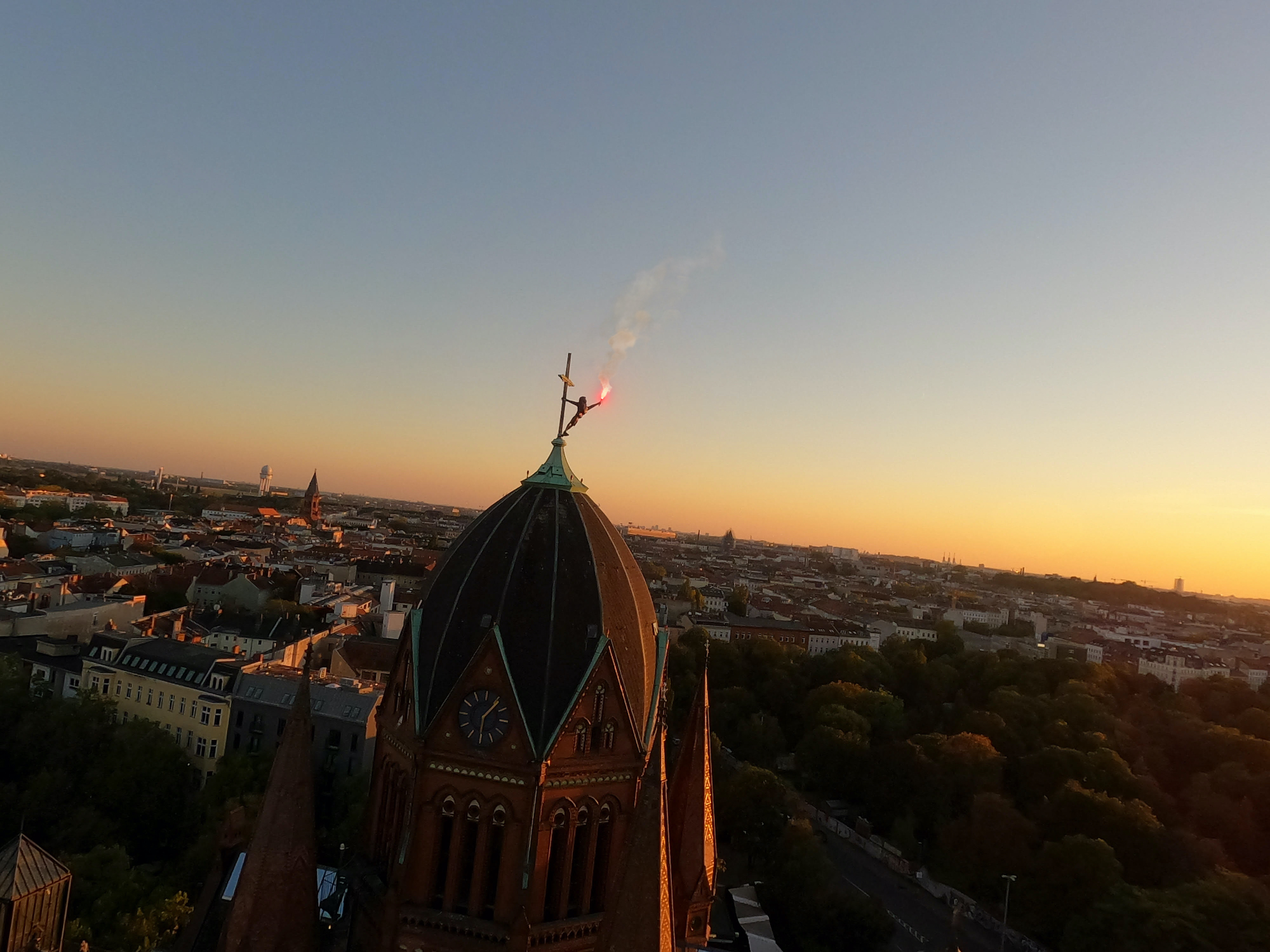 According to the United Nations, at the end of 2020, there were 82.4 million people worldwide who were forcibly displaced as a result of violence, persecution or human rights violations. As EU migration policies become ever harsher, pushbacks of migrants on land and at sea are becoming increasingly normal, turning the continent into a fortress.

For this project, Pejac has joined forces with Sea-Watch, the German NGO that has saved thousands of people trying to cross the Mediterranean; with DOJO Cares, the foundation of Berlin-based creative agencies whose office is inside the church; as well as with the Holy Cross Church itself, which is gladly hosting the installation in the context of its charity work in Kreuzberg aimed at helping refugees, the homeless and the poor.

Having installed binoculars opposite the church, Pejac enables viewers to take a closer look at the imperilled kid. Considering the distance to him, that comes in rather handy. However, anyone who cares to contemplate the use of this device may realise that metaphorically too, there is a distance between ‘us’ and those we are unfamiliar with and often fearful of. Between us and the Other. To alleviate any uneasiness felt, it’s worth scanning the QR code on the binoculars which leads straight to a webpage that features both information on the church’s new charity campaign and a link to donate to Sea-Watch. 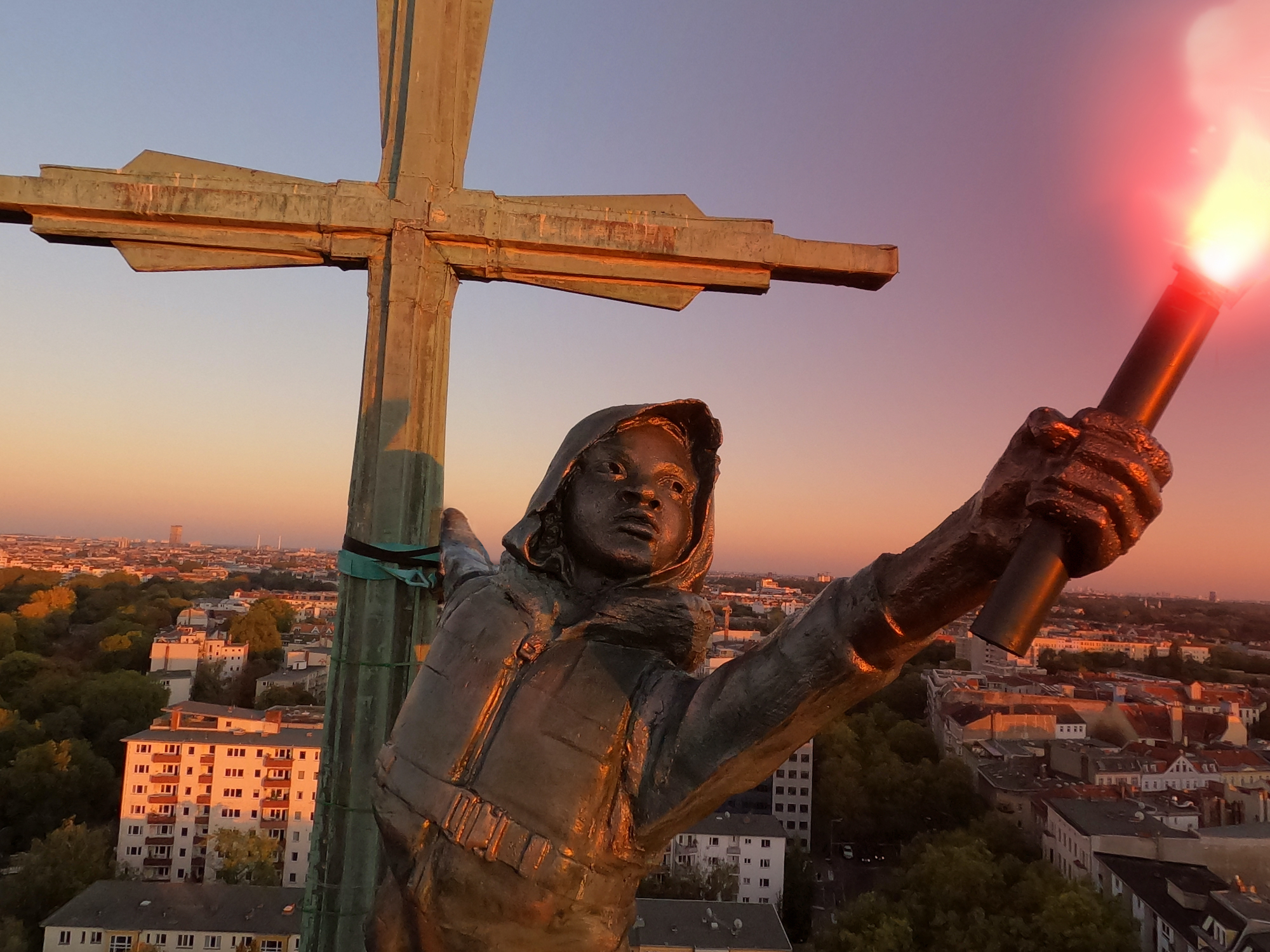 The installation not only calls attention to the plight of refugees, it is also a preface to Pejac’s long-awaited upcoming show APNEA in a former train manufacturing facility in Berlin (Modersohnstraße 35-45, 30 October – 7 November). Lottery tickets for the purchase of limited edition prints will be sold at this exhibition and part of the proceeds from this sale will be donated to Sea-Watch.