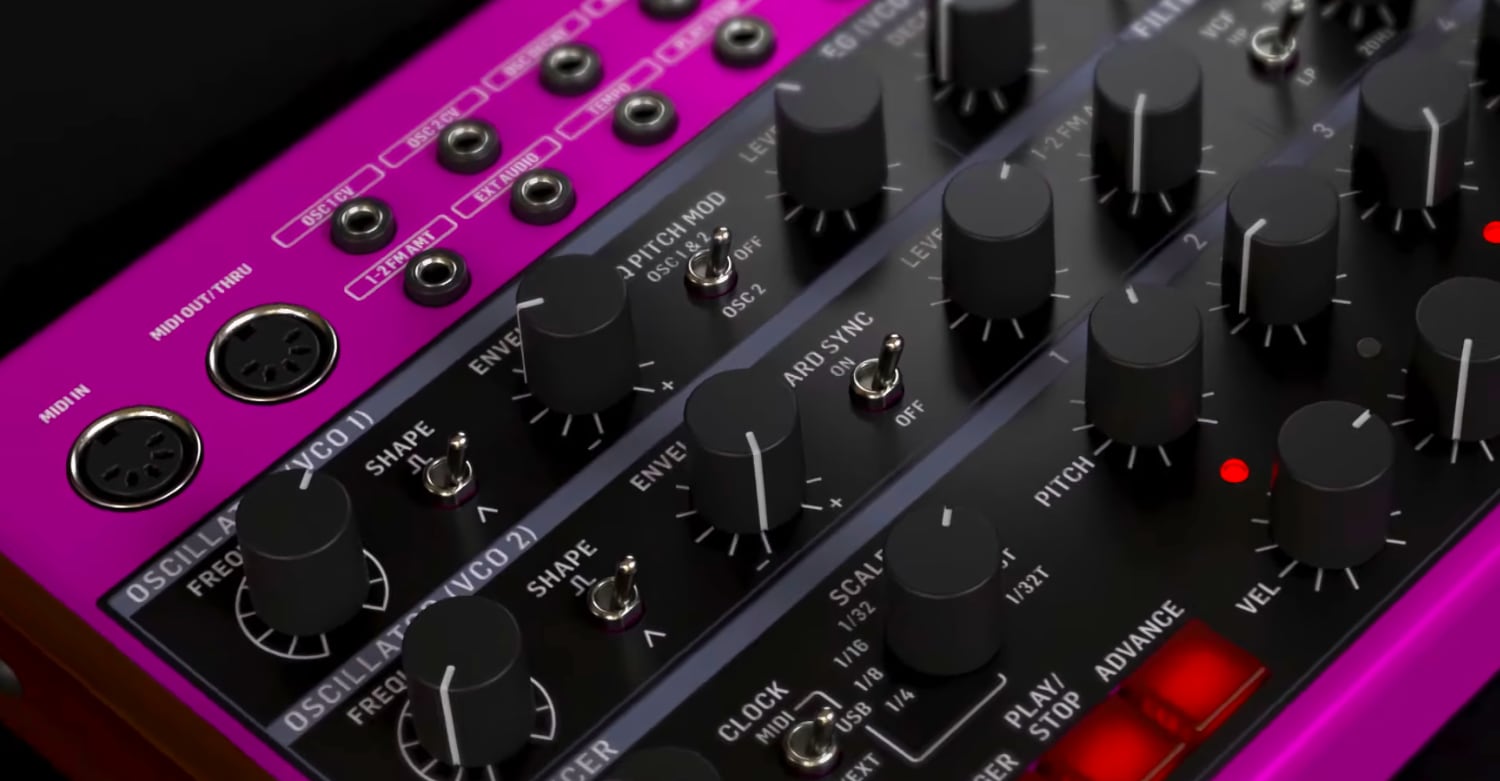 Behringer today introduced what appears to be a close knockoff of the Moog DFAM, the Edge.

The Behringer Edge follows the precedent of their Crave synth, recreating a popular Moog Eurorack format synth as an inexpensive desktop module.

The Edge is a semi-modular percussion synth. Like its inspiration, it features dual VCO’s with pulse and triangle waves, oscillator sync and FM, to let you create a variety of percussive sounds.

It also clones the DFAM’s dual-row 8-step sequencer, so you can control two aspects of the drum synth’s voice on each step.

Behringer says that the Edge offers comprehensive MIDI implementation. They haven’t released specs for the Edge yet, but based on the interface, it looks like MIDI support is limited to receiving MIDI clock, vs offering MIDI control of drum voice parameters or sequencing of pitch and velocity.

The Behringer Edge is priced at $219 USD. Details on availability are to be announced.