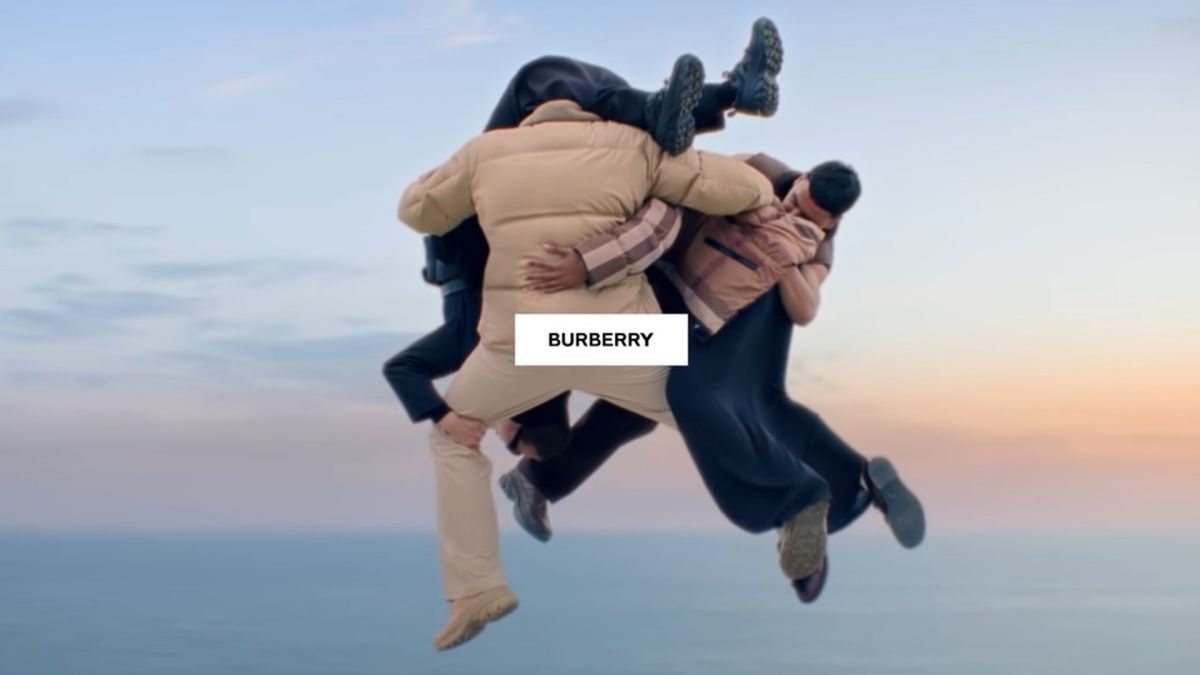 Burberry has just launched its latest ad campaign which focuses on freedom and the outdoors. But the internet has taken the advert and showered the comment section with a combination of compliments – and hilarious memes.

The latest advert called Open Spaces celebrates the wilderness and a feeling of freedom as well-dressed individuals seemingly fly across the likes of fields, forests, lakes and eventually, the white cliffs of Dover. The new campaign aims to capture Burberry’s “pioneering spirit,” and “explore new spaces and places”. The advert has racked up millions of views across platforms like TikTok and YouTube which has resulted in some hilarious memes and comments on the commercial. If you like this clever advert, then why not check out our roundup of the best print ads?

According to Burberry, the new Open Spaces collection aims to “blur the lines between reality and fantasy” as the advert follows four people who “embark on a journey of discovery, youthful and dreamlike, set amongst the natural beauty of the British countryside”. We know what you’re thinking, why can they fly? Well apparently, the floating fashionistas are a metaphor for “moving into new spaces beyond boundaries and expectations, discovering new horizons and possibilities”(obviously).

We have to admit, this advert is visually stunning and we seriously can’t wrap our head around how it was shot. We also can’t quite understand the weird flying either, and we can’t help but giggle at all the floating around. We aren’t the only ones feeling this way either, hundreds of Twitter users have retweeted the advert and expressed their feelings of admiration for the advert.

burberry always kills it with these videos https://t.co/Xzplm92PPgOctober 20, 2021

Despite all the praise the advert is getting, it’s also being turned into memes online. The ad has gone viral on TikTok and has racked up over 2.5 million views and as a result, has gathered some pretty hilarious responses. TikTok users commented the likes of, “How it feels to chew 5 gum,” “Me when my Mum says we can get McDonald’s,” and “That’s how crop circles are made, Burberry extraterrestrial models,” on the video. Some are just utterly bemused by the advert and have commented, “The starfish pose has me DYING,” and “I’m so lost. What is this and why are they spinning?”. Either way, we have had a very entertaining morning scrolling through all the responses.

♬ Easy On Me – Adele

My sleep paralysis after a festival https://t.co/OgrdO5evo7October 20, 2021

Whether you think the advert is a visual masterpiece or has great meme potential, we’re sure we can all agree that we would love to have a go at being to fly like that. If you wanted to have a go at making your own artsy advert, then make sure you check out our roundup of the best video editing software. Or perhaps you’re still on the hunt for the right video camera to get started, then why not have a look at our guide on the best video cameras for YouTube.

Cyber Monday deal extended! Subscribe to ImagineFX magazine and get 50% off!