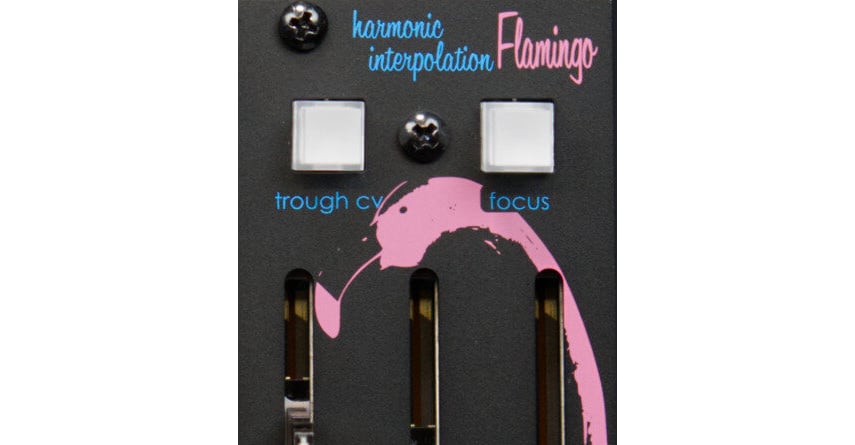 The module is part of PM’s ‘Safari’ series, a line of limited edition modules that are intended as proof of concepts for exploring new design ideas.

In the video, PM’s Richard Nicol and Michael Johnsen discuss the design of the Flamingo and demonstrate its sonic possibilities.

They say that the Flamingo builds on a concept discussed, but never implemented, by Don Buchla.  The Flamingo introduces Center Clipping and Harmonic Interpolation to analog synthesis.

See the PM site for details.