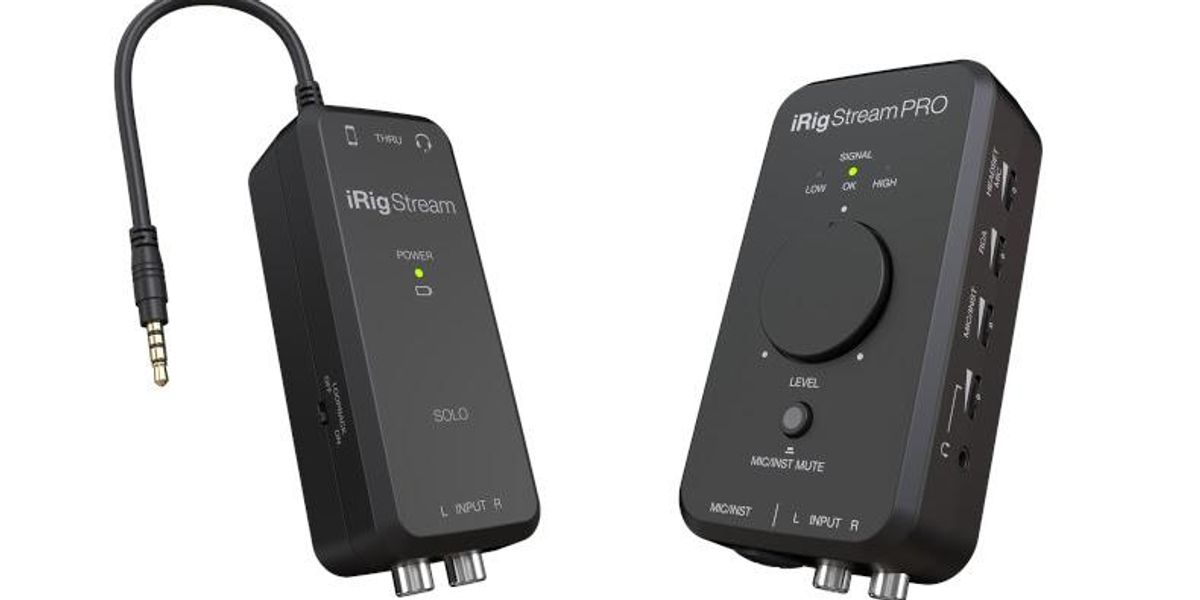 iRig Stream Solo is an easy-to-use, all-analog audio interface for iPhone*, iPad and Android that lets users connect up to three separate sources and mix them for streaming. Connect DJ decks, mixers or keyboards via RCA inputs. Use headsets or iRig mics for voiceovers via the 3.5mm headphone/microphone jack. And even the audio from the host device can be looped back and mixed together into a signal that’s optimized for streaming and sent to the user’s choice of streaming apps.

Start Connecting with the World

iRig Stream Solo is easy to use with a captive TRRS cable to connect to any iPhone*, iPad and Android device. Its 1/8″ mono Thru line output lets users send audio to additional devices such as cameras, mixers and more. And with two AA batteries, streamers will enjoy hours of reliable performance anywhere.

* May require the use of Apple’s Lightning to 3.5 mm Headphone Jack Adapter (TRRS).

Stereo or Multichannel? You Get Both!

Switching to multichannel mode, the combo and TRRS inputs are routed to channels 3 and 4 respectively giving users 4 channels of audio to send to recording apps such as GarageBand or any other compatible DAW.

iRig Stream Pro’s multichannel mode offers another advantage. Loopback+ is a powerful new feature that lets users route either or both channels 3 and 4 to audio apps such as MixBox, AmpliTube or VocaLive for processing and then route their outputs through the Loopback feature and into channels 1+2 going to their preferred streaming app. It’s like using these audio apps as a plug-in for more creative and professional-sounding streams.

Connect More with the World

iRig Stream Pro makes it easier than ever to connect it all with USB, USB-C and Lightning cables included in the box. It operates with two AA batteries or via bus power on any Mac/PC. Plus an optional PSU not only powers iRig Stream Pro, but also keeps iPhones or iPads charged for even the longest sessions.

Both iRig Stream Solo and iRig Stream Pro work with any app that records or streams audio or video. To get started, they come with iRig Recorder 3 LE (iPhone/iPad/Android) – an easy-to-use, high-quality audio and video recording app. Record, trim, edit and share, right from the device.