As part of his Beyond Walls project, Saype (contraction of Say Peace) has chosen the United Arab Emirates for his 11th step. Invited by the Swiss Pavilion, he will make the first work as part of the Swiss National Day at Expo 2020 Dubai and then go on to make the second work in the desert of Liwa, in the south of the country. This step will be marked by the contrast between an international event with millions of moving people and the immensity of the desert, both empty and fascinating.

Beyond Walls project began in 2019 in Paris. In an increasingly polarised world, the artist chooses symbolically, to paint the largest human chain in the world, inviting us to embrace kindness and togetherness, this is the “Beyond Walls” project. Pairs of hands, which intertwine and travel from town to town, and form a giant chain painted on the ground symbolising union, mutual aid, and common effort beyond walls.

The artwork is supported by Switzerland and was inaugurated for the country’s national day at the EXPO. The fresco covers 1500 square meters and was created using biodegradable paint produced on site with charcoal, chalk, water and milk proteins. The “Beyond Walls” project aims at creating the largest symbolic human chain around the world, promoting values such as togetherness, kindness and openness to the world.

Najeeb Mohammed Al-Ali, executive director, commissioner general office, Expo 2020 Dubai (left) and Swiss President Guy Parmelin (right) and artist Saype (centre) unveiled the giant landart fresco by Saype, painted for the 11th step of his worldwide “Beyond Walls” project at the Expo 2020 World Exhibition in Dubai, United Arab Emirates, Friday, October 29 2021. The artwork is supported by Switzerland and was inaugurated for the country’s national day at the Dubai.

The symbolic human chain launched in the city of love, Paris and then travelled to Engolasters in Andorra. Saype then stepped into Geneva, Switzerland. Step 4 took the human chain to Berlin, step 5 to Ouagadougou, step 6 to Yamoussoukro and Step 7 to Turin. Step 8 sees Saype link Europe to Asia via Istanbul. Step 9 crosses 3 neighbourhoods in Cape Town. After a year disrupted by the COVID-19 pandemic, Saype creates step 10 in Benin. With his 11th step now in Dubai.

Saype can now go on to make the second work in the desert of Liwa, in the south of the country. 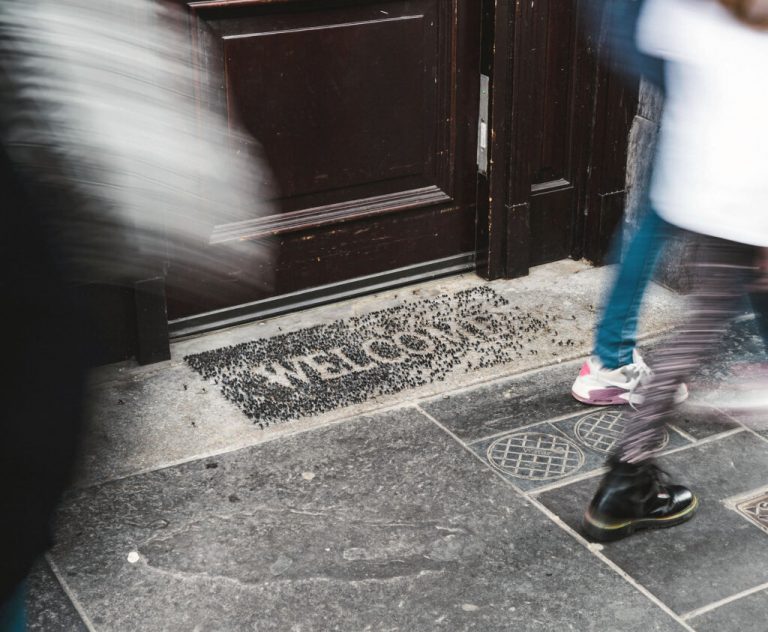 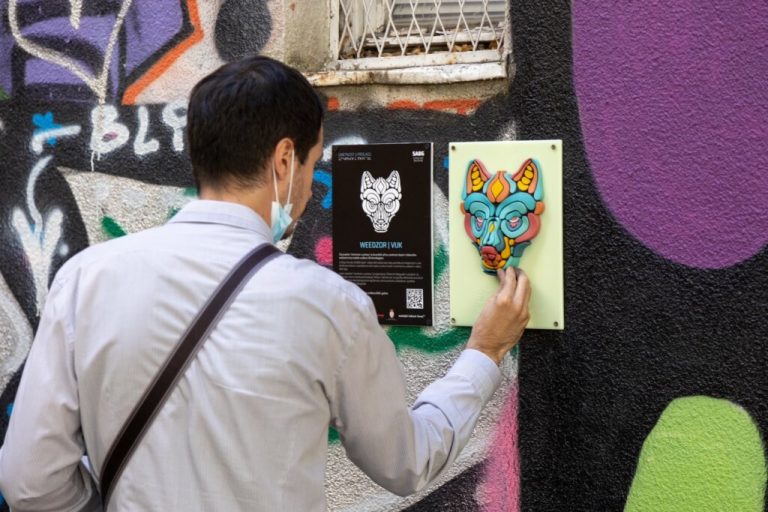 Eight Models of Murals for the Blind and Visually Impaired in Belgrade, 2022