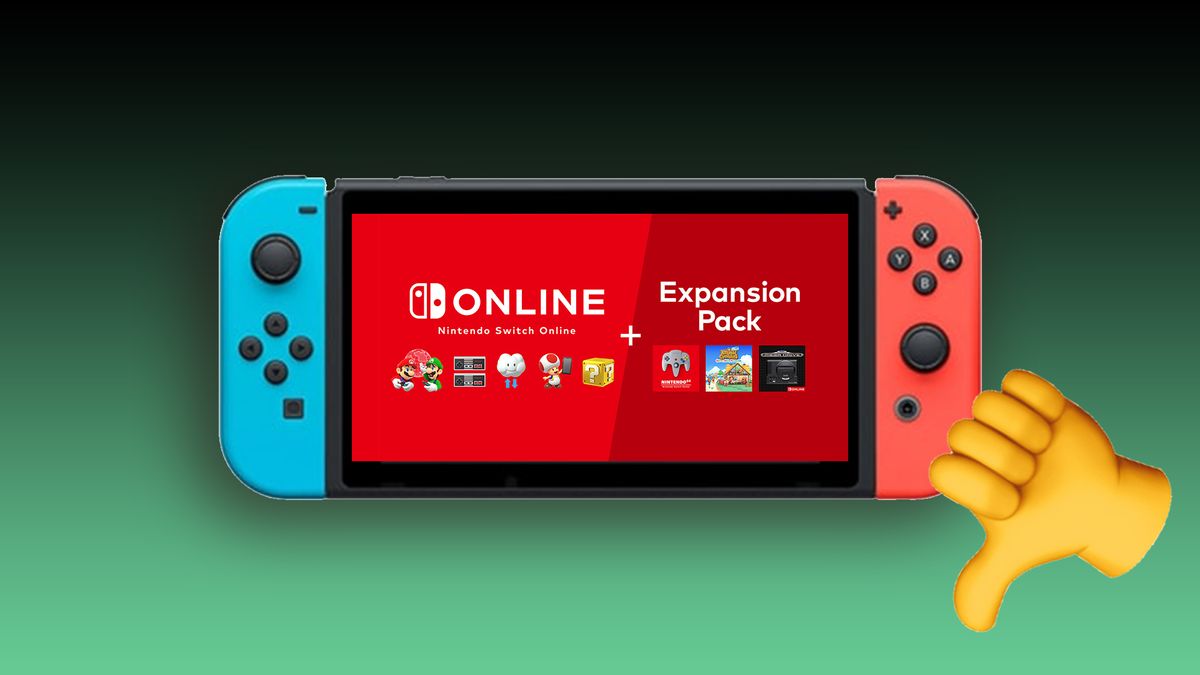 In October we were introduced to Nintendo’s exciting expansion update that allows gamers to play a number of retro N64 and Genesis games on the Switch console, as well as the new Animal Crossing’s Happy Home Paradise update. But the expansion has caused a number of problems for Nintendo.

Before the update was even released, gamers weren’t happy about the expensive price tag, but things got worse for Nintendo when a handful of classic games were released with a number of lags, warps and glitches on the Switch.

Gamers took to Twitter to express their disappointment, and it looks as though Nintendo’s YouTube channel took a hit from angry users as well. The announcement video for the expansion pack has ended up being Nintendo’s most disliked video on Youtube with over 137k dislikes – ouch. If you’re hoping to play the new expansion pack but haven’t got your hands on a Nintendo Switch yet, take a look at our best Nintendo Switch deals.

The video explains how users will soon be able to play their favourite childhood games and a new Animal Crossing update, but the price reveal at the end of the video may be the reason why it’s getting so many dislikes. A 12-month subscription will cost £34.99/$50 for an individual membership, and £59.99/$80 for a family subscription.

Since the release of the update, fans who bought the expansion have said that these prices are not worth the poor quality of the glitchy games. The announcement video has racked up over 40K more dislikes than Nintendo’s 2nd most disliked video, the Metroid Prime trailer from 2015, which currently has 97K dislikes.

And just when we couldn’t think it could get any worse, there are now rumours that Nintendo will be releasing a $50 Pak (N64 saving device) to sort the issues with the games out. We aren’t sure if this is true, but if it is, Nintendo will have to get ready for another onslaught of understandably unhappy gamers.

Don’t worry everyone. My uncle who works at Nintendo says the Nintendo 64 Expansion Pak online will be coming soon to help fix games that need it. For only an extra 49.99$! #NintendoSwitchOnline #Nintendo64 #NintendoSwitch pic.twitter.com/ShNW7QOGAKOctober 26, 2021

It’s no surprise that there have been so many disgruntled fans when there seem to be so many problems and no fixes. Many users have taken to Twitter to express their dissatisfaction with the update and to also share the many glitches they have come across in the classic games.

The many fails of the Nintendo Switch Expansion PackNintendo expects you to pay $50 for subpar emulation pic.twitter.com/DVryJuLPavOctober 26, 2021

When you see Nintendo releasing the Nintendo expansion online and looking at the subscription price 😢😢😢 pic.twitter.com/OQ1WdMuSVVOctober 27, 2021

We aren’t sure whether Nintendo will fix the issues anytime soon, but we will just have to keep our fingers crossed for a glitch-free Animal Crossing update (that’ll finally feature the beloved barista pigeon, Brewster) due to be released on 5 November. If you’re looking for some new games but don’t want to pay for Nintendo’s problematic expansion pack, why not have a look at our roundup of the best Nintendo Switch Games.