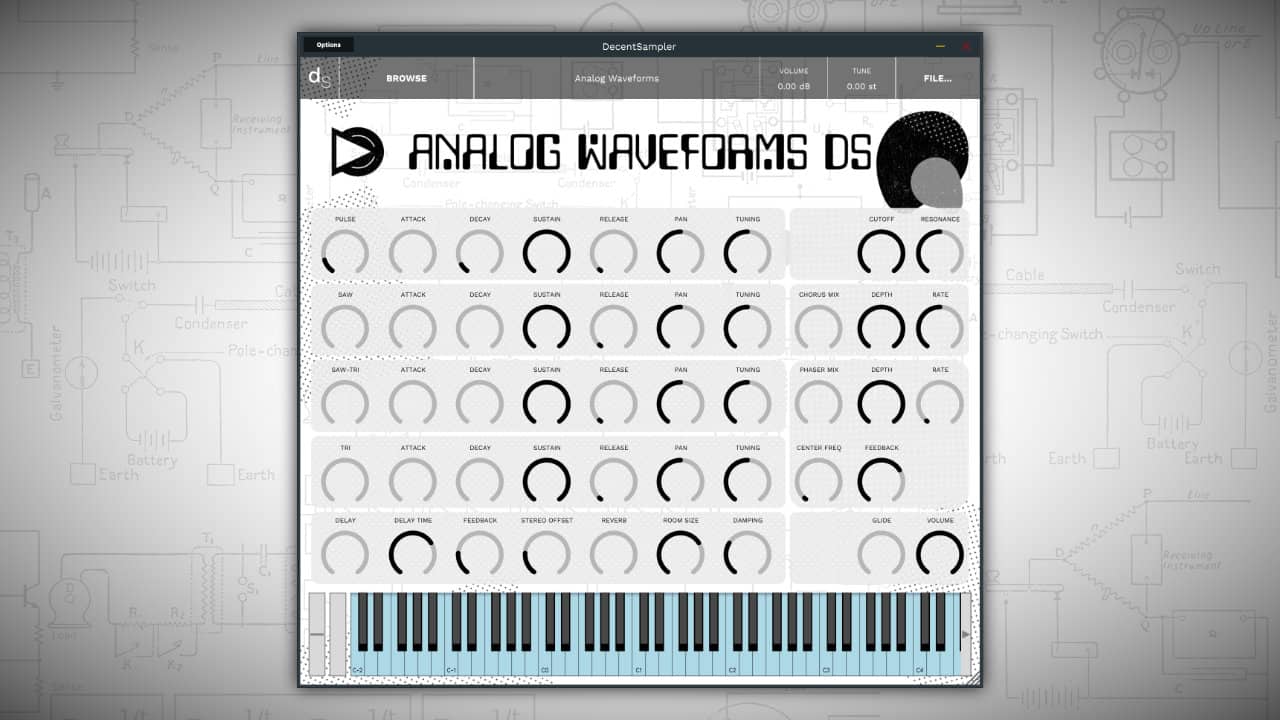 They built this new instrument by sampling every basic waveform of a Dave Smith Mopho synthesizer note-for-note, so what you get are genuine analog synth tones.

Every sample is ten seconds long, so you get an authentic analog synthesis sound that decays and evolves as you sustain.

Here’s a short overview of the instrument’s features:

The sounds are well sampled, and each waveform has multiple controls – Attack, Release, Decay, Sustain, Pan, and Tuning. You can control the volume of each waveform to stack them in layers, allowing for some fascinating experimental sounds.

It’s also got the usual chorus, delay, phaser, and reverb effects that you’d expect from an analog synthesizer. Each of these effects has its own knobs, so you get complete control over them.

The overall interface is rudimentary – it’s just a collection of knobs and settings to adjust. While it’s not fancy, it does get the job done, and the unpretentious aesthetic does have its own charm.

This virtual analog synthesizer will give you a ton of possibilities in terms of sounds. You can create everything from the simplest of leads to complex, evolving bass lines. It’s easy to use and runs smoothly with low CPU usage, so running multiple stacked instances shouldn’t be an issue even on older computers.

As this instrument was made for Decent Sampler, you’ll have to download and install that first if you don’t already have it. Decent Sampler is also free and available for Windows, macOS, and Linux in the VST/VST3/AU/AAX formats.

While there are no videos for this new version just yet, you can check their old Analog Waveforms video to get an idea of the sounds:

The download size for this instrument is 312 MB, and it’ll take up 352 MB on your hard disk once unpacked. If you like their work, you can donate any amount of your choice to get faster download speeds!

What’s best about this instrument is that all of the sample sounds are in the public domain and are available on the SampleScience website. So you’re free to download the sounds and modify and manipulate them to your own liking!