A new initiative will see some of the country’s top street and  outsider artists brought together in a ‘hub of excellence’ aimed at  showcasing their work across the world.

When publisher and print consultant Jon Lewis was asked to help  produce a series of small black books for a politically active street  artist from the south west of England in 2001, it laid the foundations  for a long-term working relationship with the world’s most famous – and most enigmatic – underground artist. 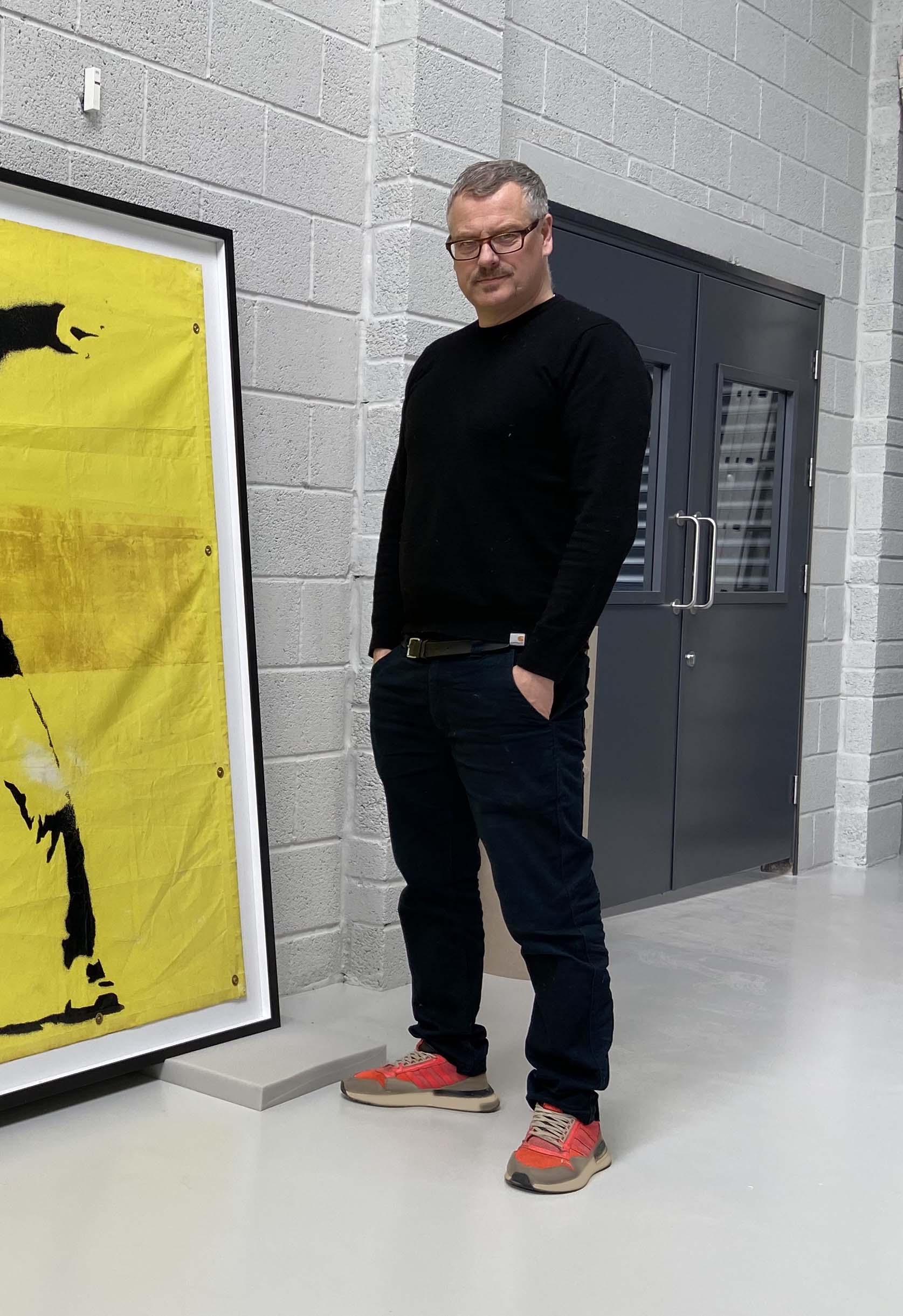 Jon Lewis in his studio

“That artist turned out to be Banksy,” Jon explained. “And it not only helped establish me as an independent art book producer, but it  also introduced me to a lot of other artists involved in that scene,  many of whom I went on to collaborate with.”

A third-generation publisher and printer, Jon spent many years  producing music, art and fashion magazines, prior to this he was a  music promotor and DJ and, at the height of the acid house explosion,  hosted a series of dance music events that attracted thousands. 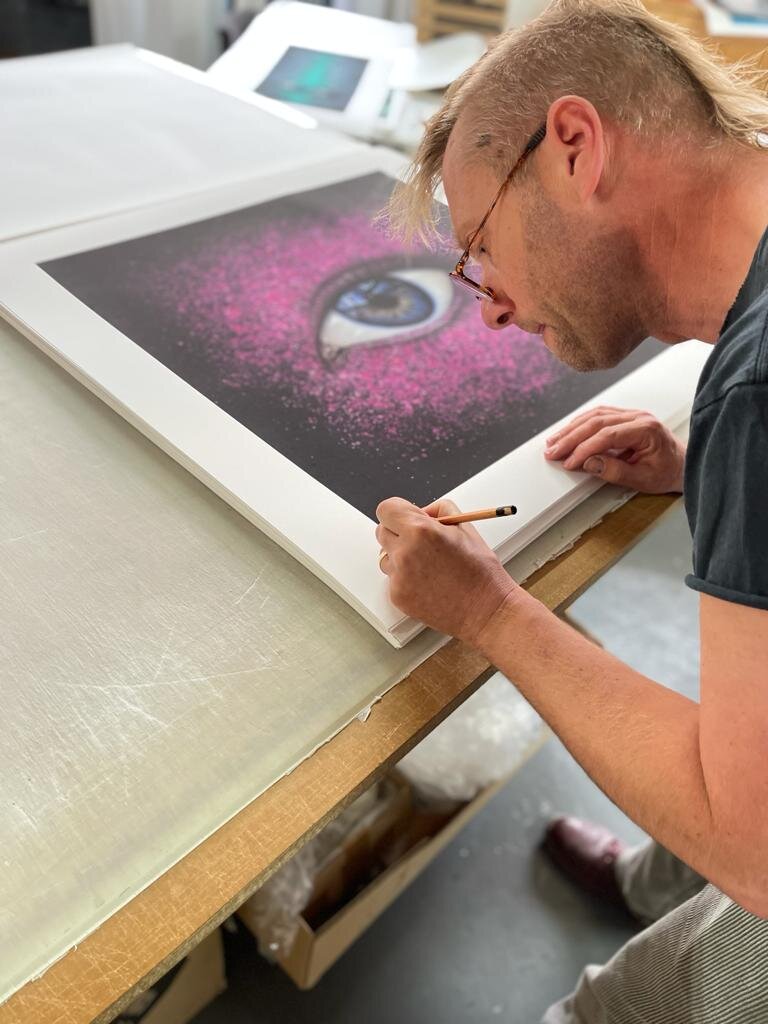 However, after “many late nights and early mornings”, he focused full  time on publishing, assisting in the production of Sleazenation and  Jockey Slut magazines, and later working with the now defunct artists  collective Pictures on Walls, for which he produced Banksy books  including Existencilism and Cut it Out.

This partnership also saw Jon create lithographic prints including  Banksy’s Tesco Soup can and Tesco Petrol Bomb, which was produced in  2011 in support of a protest against the opening of a branch of the  supermarket giant in the artist’s hometown of Bristol. 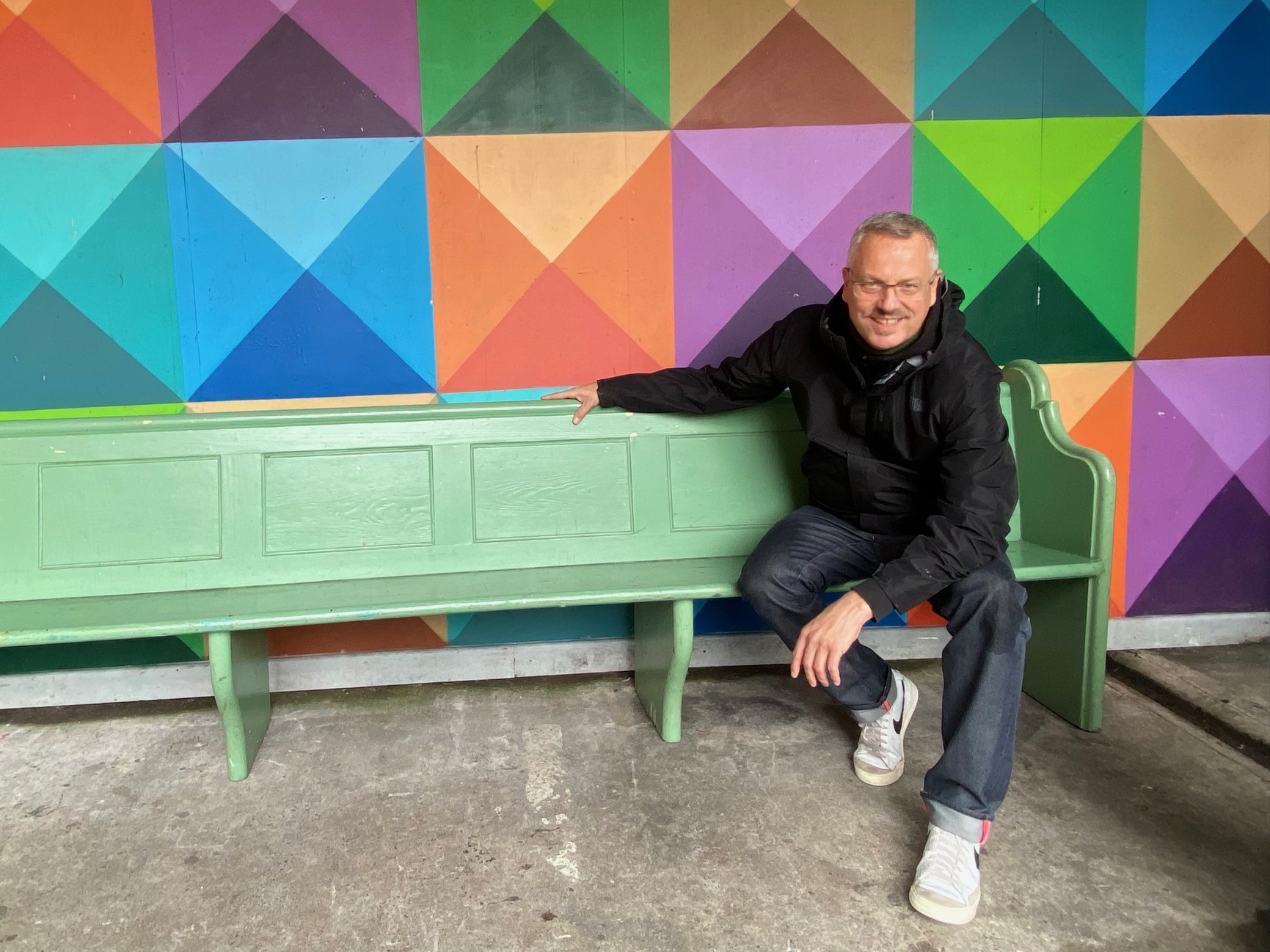 His new project, ART808, which takes its name from the legendary  Japanese drum machine the Roland TR-808, has seen him team up with  writer and concert pianist Tomoka Anan, with whom he worked closely on  the book, Banksy Captured. 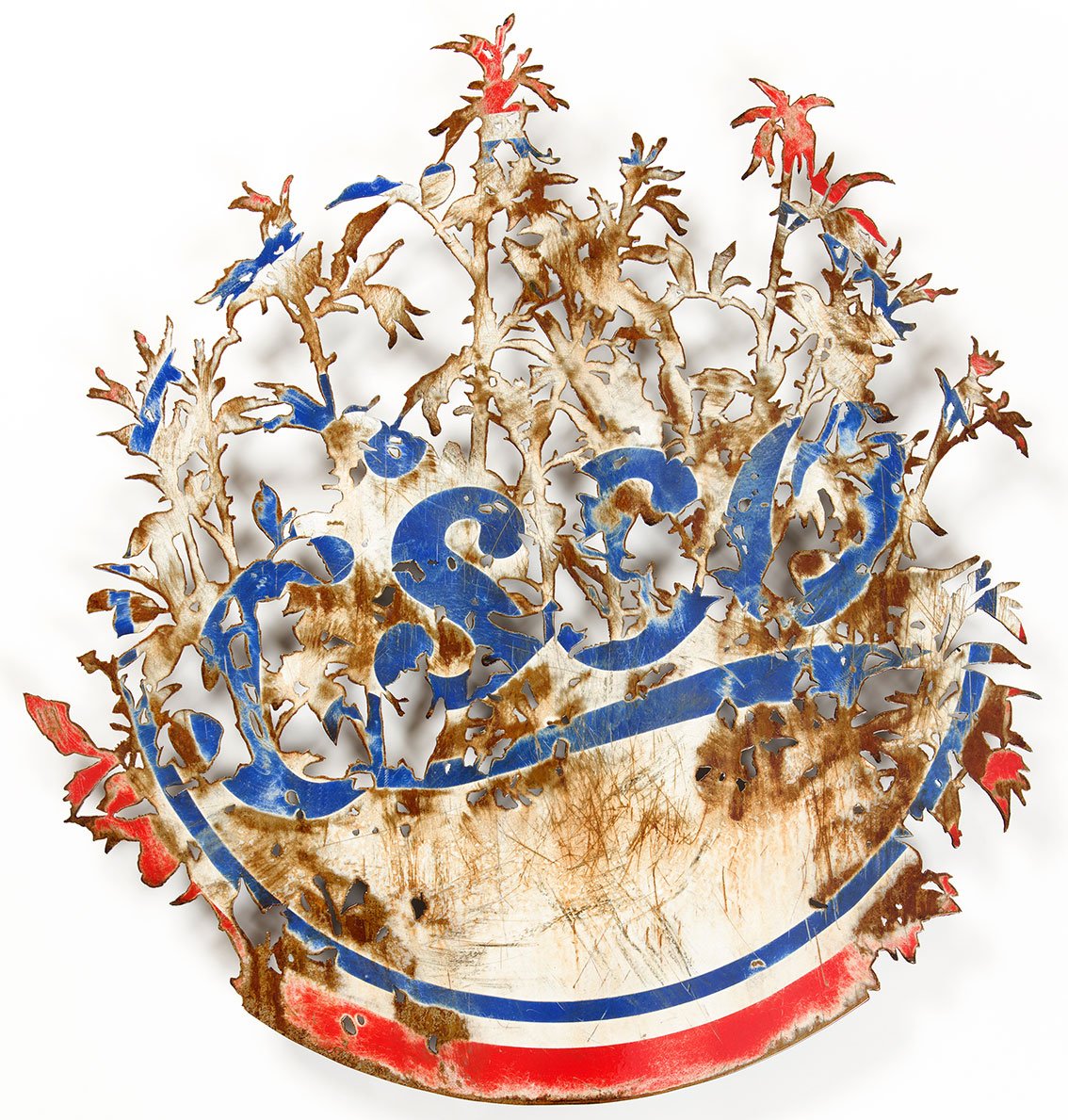 “Tomoka and I both have a mutual interest in electronic music,  underground subcultures and art and have a shared history of promoting  club nights – myself in the UK, Tomoka in Japan,” Jon said. “The  Banksy Captured book was really popular in Japan, and we wanted to  further develop our working relationship, so ART808 seemed like a  natural progression.” 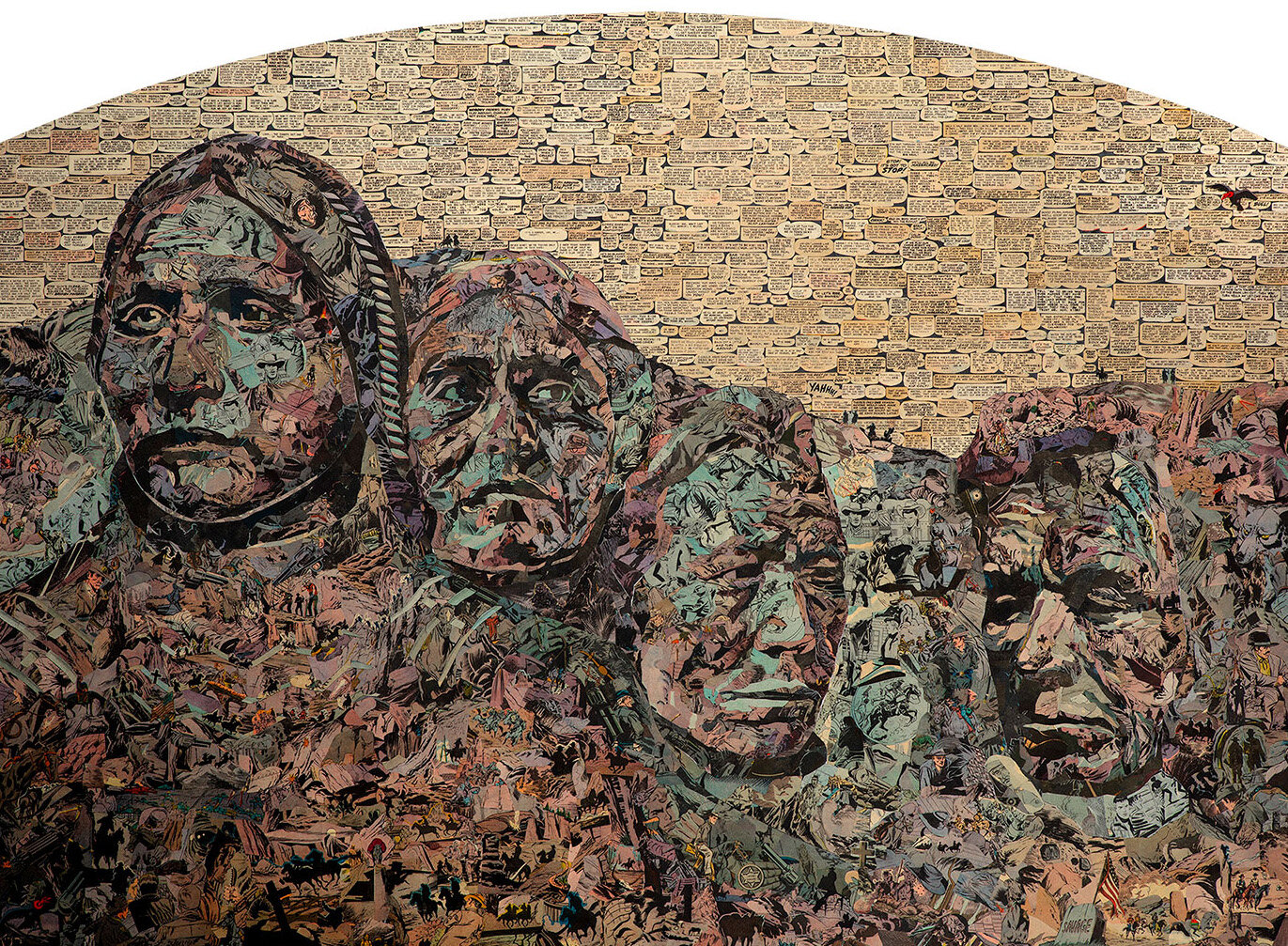 Ben Turnbull, Once Upon A Time in American, Original Comic Collage

An ART808 website has just launched this week, with works on offer  including collectables and limited-edition books, as well as prints  and paintings including a few rare Banksys.

“Our initial aim is to create a platform to connect artists to a wider  audience, to inspire creativity, to help develop new and exciting  projects and to promote each of our artists into new market areas,  such as Japan,” Jon said.

Longer term, the plan is to instigate more publishing and fine print  projects, and stage events and exhibitions.

“We want to develop another studio space for the creation, storage and  distribution of art and books and to help create and share a greater  understanding and a deeper knowledge, of each artist we work with,” he  explained.