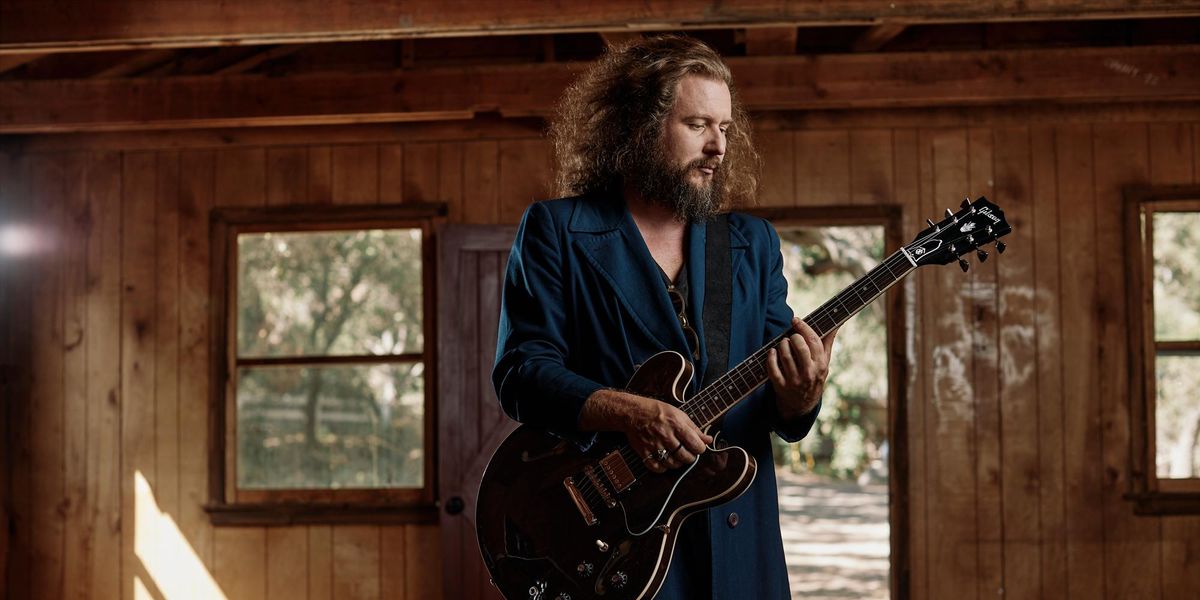 By leveraging its iconic past and leaning into an innovative future, Gibson has set the stage for the next era of sound for present and future generations. Gibson has teamed with the vocalist, guitarist, producer, and primary songwriter for My Morning Jacket, Jim James whose music fuses rock and country with experimental touches. Jim collaborated with Gibson to create his first-ever signature guitar, the Gibson Jim James ES-335. The Gibson Jim James ES-335 is available now, via: www.gibson.com.

“I am beyond honored and excited to be able to collaborate with Dustin Wainscott and the team at Gibson to create the guitar of my dreams! I wanted to create a guitar that felt like a part of nature, a guitar that gave you a sense of Déjà vu, as if it had always been around like a favorite tree that you love and know very well and has been there your entire life,” explains Jim James. “It has a slim neck, is easy to play and it’s capable of creating infinite sound. From the lightest whisper, to the greatest roar and everything in between, all of the technical details have been carefully chosen and I included a few symbols, such as our beloved owl, who reminds us to look into the darkness, and another symbol that reminds us to look into the light–one that to me means to transcend, pass through, break free, cross over and beyond any boundaries that may seem to be holding you back and unite with the circle of limitless potential.”

For the world premiere of the new Gibson Jim James ES-335, an animated, psychedelic short film–illustrated by Jess Rotter and animated by Andrew DeSelm–was created with the song “In Color” –from the new My Morning Jacket album–as the soundtrack. Watch and share the stunning, animated short film where Jim James enters a magical world to craft his new Gibson ES-335 guitar.

For the video, I wanted to reflect on how we are all equal in the eyes of nature and how nature speaks to us in so many wondrous ways-from all living beings, the breeze, and the dirt and especially the trees,” adds James. “A tree can sing a song in infinite ways, but one of my favorite musical gifts given to us by the trees is the gift of the guitar and other musical instruments made from their sacred wood. Each instrument is unique and contains the spirit of the wood it came from, and we are so fortunate to get to join forces with the trees, bringing our own spirits into harmony with the spirits of the trees at work and alive through beautiful musical instruments. It’s been an honor to work with Jess Rotter the illustrator, Andrew DeSelm the animator and the team at Gibson on creating this video.”

“Jim James is one of the most passionate, and creative artists in music today,” says Elizabeth Heidt, VP of Cultural Influence, Gibson Brands. “We are thrilled to partner with Jim as everything he touches from songwriting to his transcendent live performances, as well as his steadfast support for youth and giving back to the community is vital and exceptional.”

As versatile and boundless as Jim’s playing style, the Gibson Jim James ES-335 is handcrafted by Gibson luthiers in Nashville, TN and features two Calibrated T-Type pickups paired with dual volume and tone controls that are hand-wired with CTS potentiometers, a mahogany SlimTaper neck with an Indian rosewood fretboard, Graph Tech nut, 22 medium jumbo frets, and Kluson Waffleback tuners, paired with a lightweight aluminum ABR-1 bridge and Stop Bar tailpiece, anchored by steel thumb-wheels and tailpiece studs to keep everything solidly in tune. The Gibson Jim James ES-335 also has a 70s Walnut nitrocellulose lacquer finish, Jim James logo on the truss rod cover, and an owl emblem on the back of the headstock, as well as a custom Jim James owl emblem on the hardshell guitar case.

Jim is passionate about music education and supporting organizations in the community who are creating opportunities for youth and students to have access to making music. A portion of the proceeds from the sale of all Jim James ES-335 guitars will be donated to Gibson Gives, the philanthropic arm of Gibson. The mission of Gibson Gives is to create, develop and support non-profit organizations in their efforts to advance musicians, youth-focused education, music, and wellness initiatives. 100% of all donations to and from Gibson Gives–a 501(c)(3) organization–go towards giving the gift of music. For more information, visit: www.gibsongives.org.