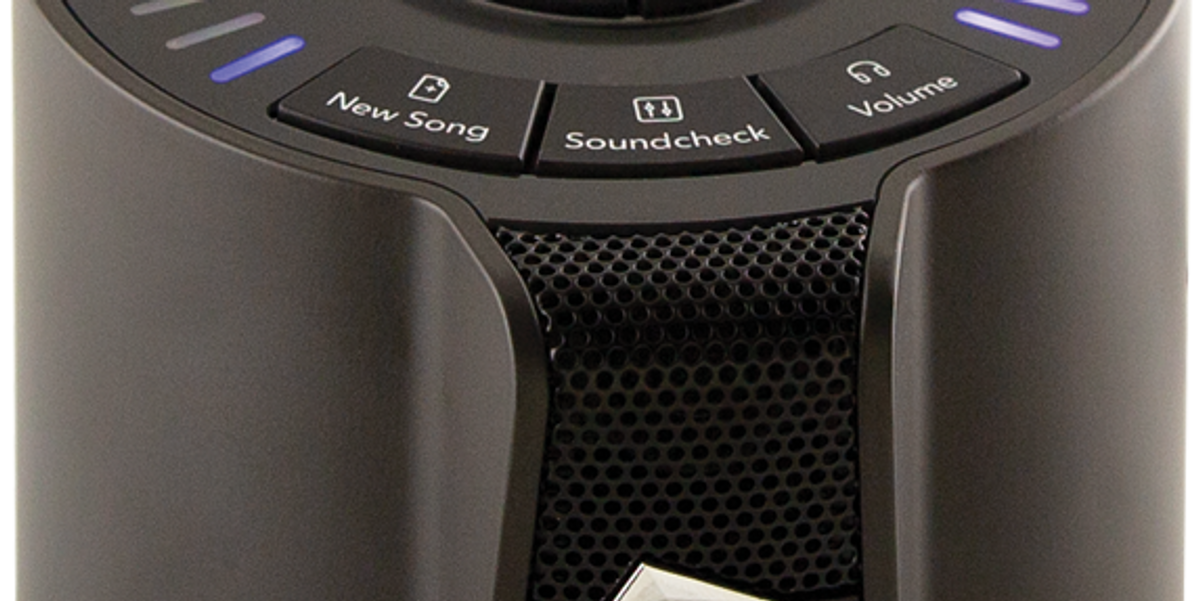 Since COVID upended the world, nearly every serious musician I know has become at least slightly better at recording. And that uptick in engineering interest may make iZotope’s second iteration of the Spire Studio portable multitrack recorder worth checking out for those looking to strike fast when they’re inspired. I was up and tracking less than three minutes after unboxing the unit.

Simply plug in your headphones, hit the soundcheck button, strum a few chords, and Spire automatically sets your recording level. The onboard omnidirectional condenser mic sounded impressively clear with my acoustic guitar, but you can also go direct or use your own mics via two XLR/1/4″ combo jacks—which even feature 48V phantom power.

Tracking multiple parts was a breeze, as was editing, overdubbing, and mixing them right from the app.

But the real magic is in the free mobile app, which lets you control the unit from an iOS device. Tracking multiple parts was a breeze, as was editing, overdubbing, and mixing them right from the app. The visual mixer is an extremely nice touch. It allows you to control panning and volume by simply sliding around icons that represent each track. What’s more, you can seamlessly export either a mix or stems that work in just about any DAW imaginable. All in all, while Spire might not be your go-to method for creating a final mix for the masses, it’s a fast, intuitive, convenient way to capture and shape fairly sophisticated musical ideas before they fade from memory.