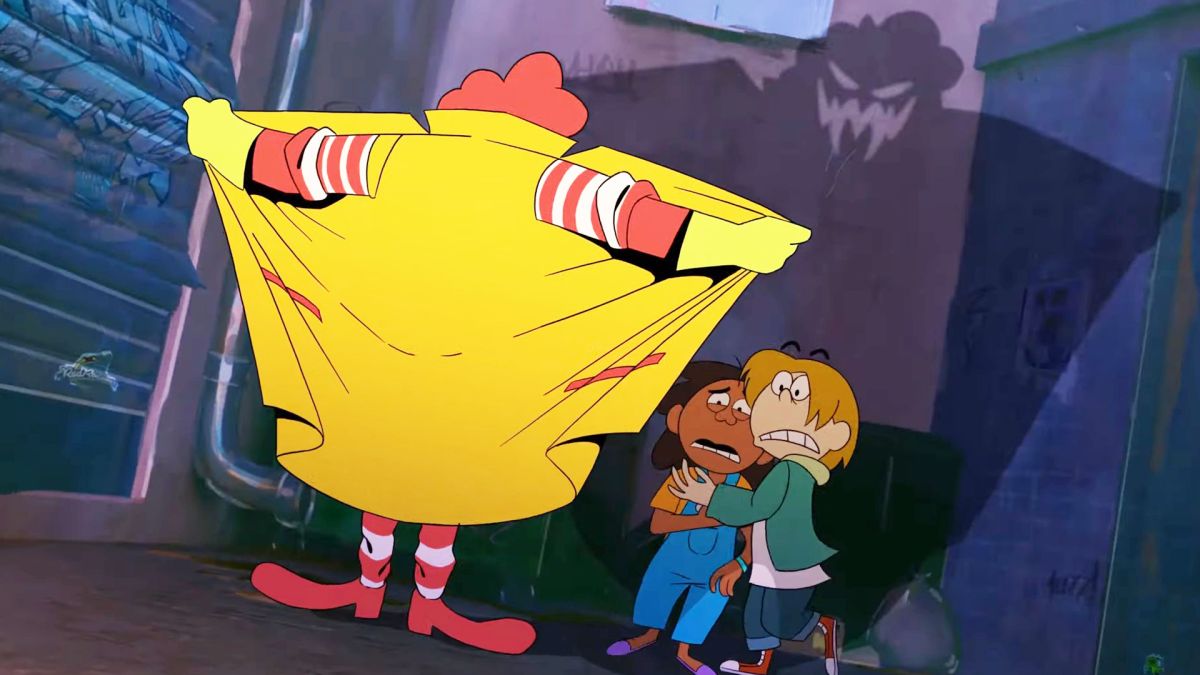 Yesterday we saw one over-sexualised Ketchup bottle from Pizza Hut and now, let us introduce to you this sinister burger ad. An Australian burger chain has received a number of complaints after featuring a fairly disturbing animation in its ad, but some people are loving the animation.

Burger chain Grill’d have released an ad where it looks as though Ronald McDonald flashes two children in a dark alleyway before a cartoon burger swoops in to save the day (yep, you read that correctly). The ad supposedly has breached a number of advertising laws in Australia and many of those who have seen the ad has since complained about the inappropriate nature of it. Perhaps Grill’d should take some notes from this roundup of the best print ads before releasing its next ad.

The ad titled ‘Grill’d Vs Plastic Toys’ begins with Ronald McDonalds seemingly flashing the kids, when actually he has Happy Meal toys on the inside of his coat. The connotations of the ad are what seem to be troubling people. One person said, “I’m pretty sickened by this style of advertising which is a dig at McDonald’s, but it’s sexually focused at children,” and another called it, “extremely inappropriate for children to view.”

According to Mumbrella, another complaint reads, “This ad portrayed flashing and also encourages children to possess and use knives and violence against each other.” It doesn’t take a genius to know that perhaps flashing and knife crime aren’t things that should be shown on daytime TV. A panel concluded that the ad “did contain violence and that this violence was not justifiable in the context of advertising a burger chain”.

A number of users took to Twitter to express their concerns over the ad. But while the advert racked up a number of complaints and many confused tweets, the comments on its YouTube video seem overall positive. One user commented on the video, “Thank you for this. You’ve blessed our TVs with quality animation.” and another said, “Throwing some PROPER SHADE and McDonald’s can’t do anything about it, it’s fair use under Parody laws. 10/10”.

This goes past a disturbing ad (like those old PS2 and Xbox360 ads.) I guess they didn’t contact the Grill’d management with common sense.November 4, 2021

We can’t say we like the sinister angle that Grill’d has gone for with this ad, but the “Righteous Burger Guy” theme tune is quite fun and is probably now going to be stuck in our heads all day. If you want to avoid a grilling online (get it?), then make sure you check out our roundup of the best branding books.