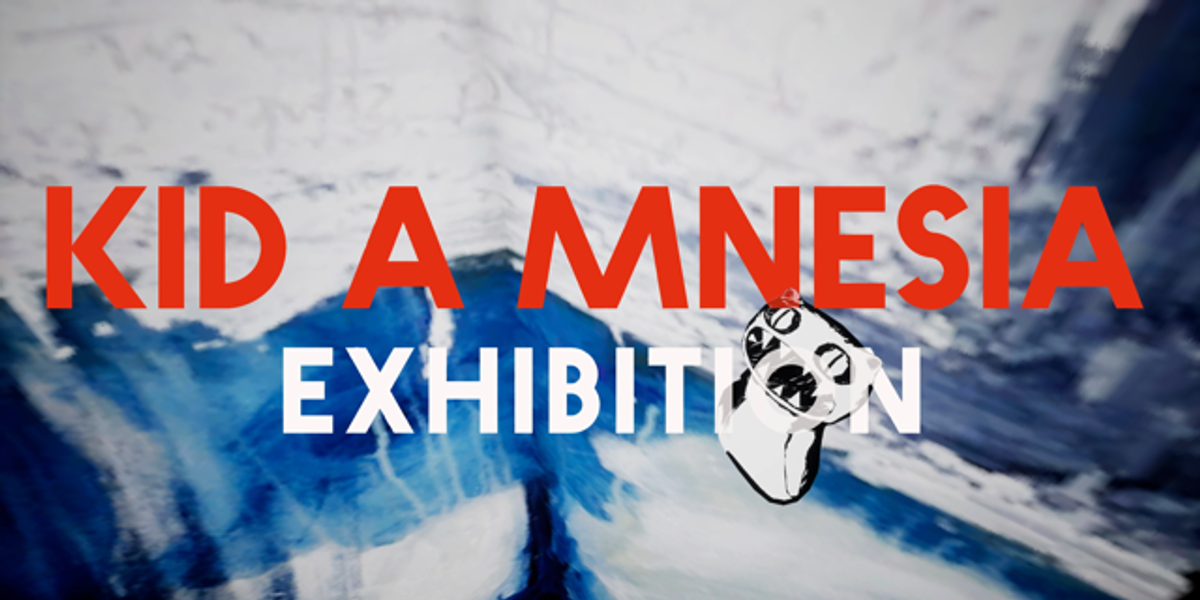 Radiohead and Epic Games Publishing are proud to present KID A MNESIA EXHIBITION: an upside-down digital/analog universe created from original artwork by Thom Yorke and Stanley Donwood and sound design by Nigel Godrich to commemorate 21 years of Radiohead’s Kid A and Amnesiac albums.

KID A MNESIA EXHIBITION will be available beginning November 18th as a free download for PlayStation 5 (HERE), PC and Mac at EPIC GAMES STORE.

Some two years in the making, KID A MNESIA EXHIBITION was originally conceived as a physical installation debuting in London and designed for portability, for possible travel to New York, Tokyo, Paris and so on.

A confluence of events including but not limited to laws of zoning and physics and Covid-19 would conspire to thwart those best laid plans, moving KID A MNESIA EXHIBITION beyond the physical world. Thom and Stanley, along with Kid A and Amnesiac producer Nigel, would join forces with video/computer artist and creative director Sean Evans, theatre set designer Christine Jones, interactive producer Matthew Davis, his studio [namethemachine], and game developers Arbitrarily Good Productions to reimagine KID A MNESIA EXHIBITION in a non-corporeal form that would enhance and emphasize the inseparable nature of these sounds and visions. Finally, Epic Games Publishing would be enlisted to put it all out into the world.

Everything experienced within KID A MNESIA EXHIBITION is sourced directly from the original artwork and multitrack recordings of those fourth and fifth Radiohead albums—all rebuilt from the original elements in a new controlled space without the limitations of stereo sound or LP/CD packaging.

KID A MNESIA EXHIBITION can be considered a mutant re-engineering of KID A MNESIA, the multiple format triple-album release marking the 21st anniversary of Radiohead’s Kid A and Amnesiac albums, released November 5th via XL Recordings. KID A MNESIA collects Radiohead’s fourth and fifth albums alongside the debut of a newly compiled third disc titled Kid Amnesiae. Exclusive to this release, Kid Amnesiae is comprised of unearthed material culled from the Kid A / Amnesiac sessions. Along with alternate versions and elements of Kid A and Amnesiac album tracks and B-Sides, Kid Amnesiae features the never-before-heard “If You Say the Word” (available now as a digital single) and a previously unreleased studio recording of “Follow Me Around.”