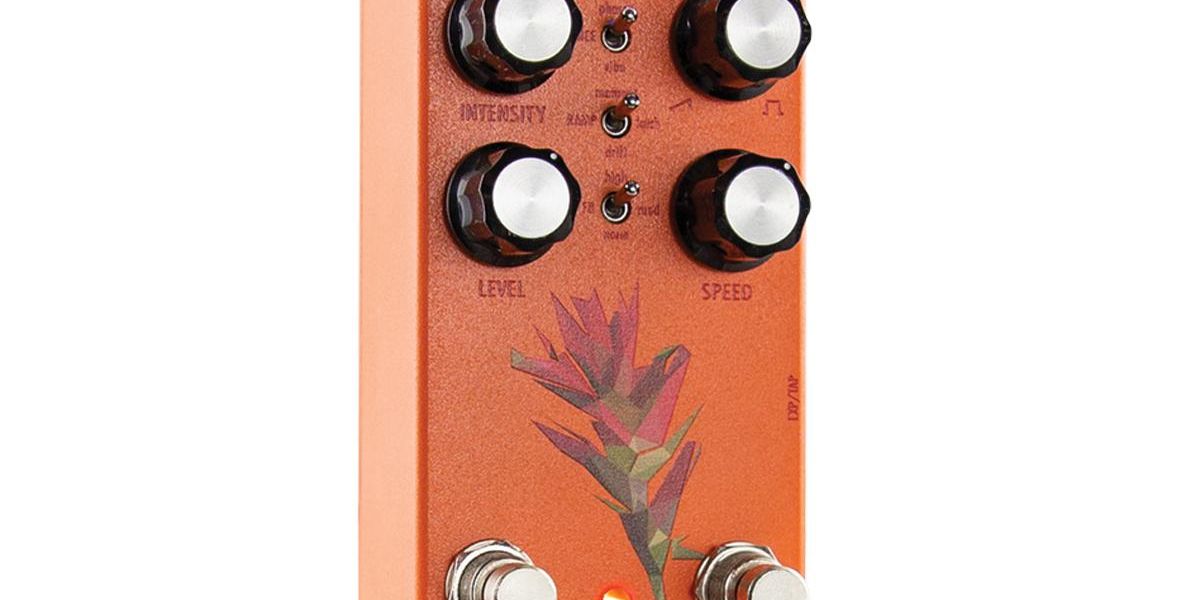 If you’re looking for a middle ground between straightforward, vintage phase sounds and the parameter depth of a programmable device, Flower Pedals’ Castilleja could be a godsend. Its orange exterior hints at classic 4-stage phase sounds of yore, but its multifunction controls are more powerful than they appear.

Of particular note is its ability to blend between adjacent waveforms (up-ramp, sawtooth, sine, square)—my favorite feature—to open up sounds ranging from lush and hypnotic to trippy and disorienting. There’s also tap-tempo and expression control, momentary and “drift” ramping modes, and switchability between phase and vibrato/chorus modes.

Recorded using a Squier Jaguar with Curtis Novak pickups (neck clean, bridge with fuzz) into a SviSound germanium fuzz, SoundBrut DrVa MkII and Ground Control Tsukuyomi boosts, a SolidgoldFx Electroman MkII echo, an Anasounds Element reverb, and then into both a 1976 Fender Vibrolux Reverb miked with a Royer R-121 and a Fender Rumble 200 1×15 miked with an Audix D6, both feeding an Audient iD44 then into GarageBand with no EQ-ing, compression, or effects.

Those who crave vintage phase richness and simplicity with a little more flexibility may wish Castilleja’s many functions were a little easier to follow (e.g., with more labels on the unit itself) or involved fewer switch maneuvers and LED colors. And, depending on your phase tastes, the 3-position feedback/resonance control’s oft-sqwonky tonality and auto-wah-like effect in drift mode may feel a little redundant with other effects on your board (or with effects you intentionally don’t have).

That said, the opposite may well also be true: Castilleja’s almost-dizzying tweakability may eliminate the need for other devices and facilitate a unique blend of modulation sounds you might not otherwise find—with fewer foot maneuvers and less real estate, to boot.