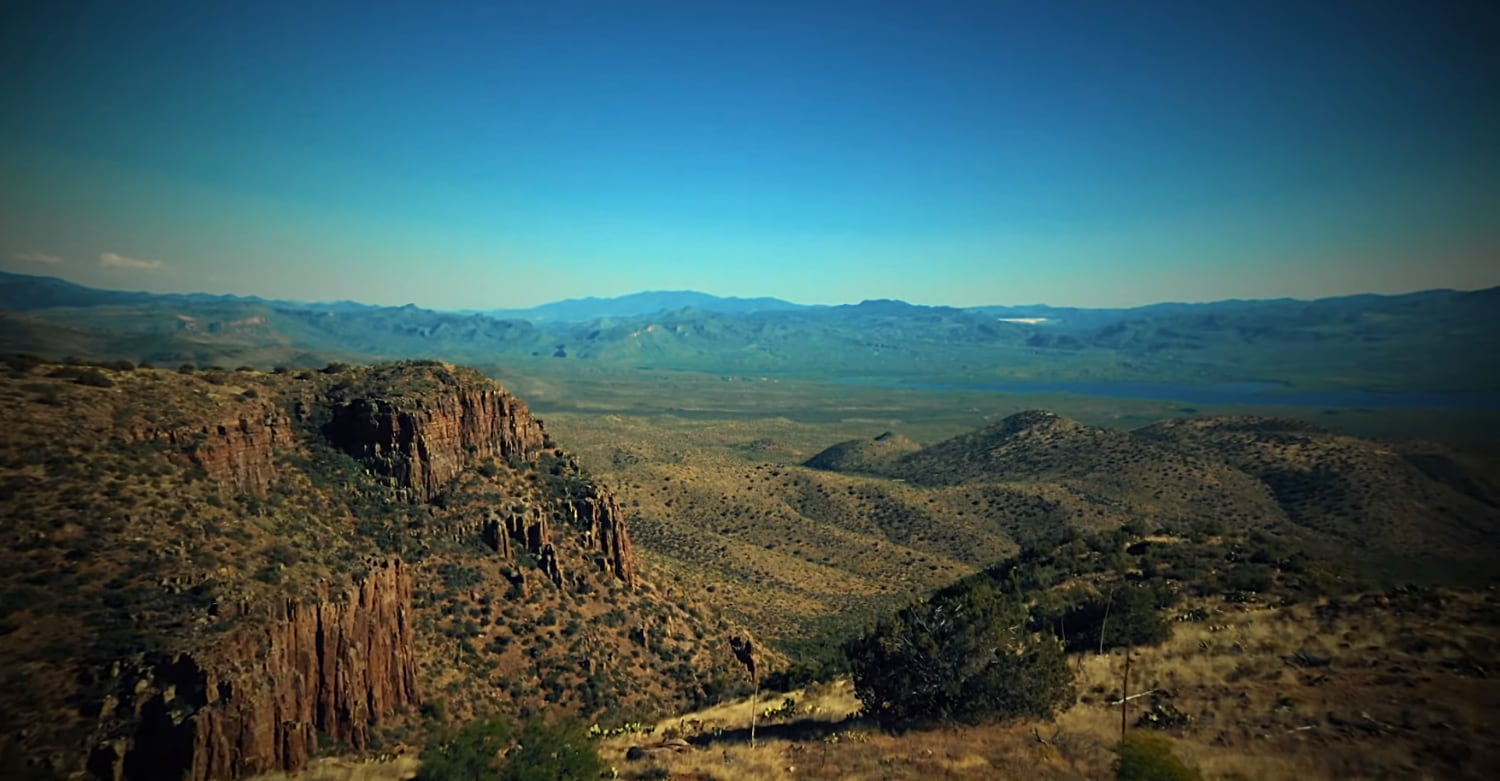 Both artists are individually pioneers of ambient space music, but they also have a history of collaborations going back over 30 years. Beyond Earth and Sky is their first collaboration since their 1995 album Kiva.

The album features seven tracks that capture the two at the peak of their powers, creating an album of soundscapes that are immersive, technically brilliant and a showcase of their artistry as synthesists and composers.

They shared the official music video for the first track from the album, Horizon is Home, embedded above.

Meeting in Los Angeles in the late 70s, Roach and Stearns lived a few blocks from each other, in neighborhoods separated by Venice Blvd. They collaborated in those early days, which were formative years of the developing American electronic music scene.

As their individual lives and careers unfolded, Stearns became a successful film composer, known for work on director Ron Fricke’s Chronos, Baraka and Samsara, while Roach went on to create many pioneering electronic/ambient classics, including Structures from Silence, Quiet Music and Dreamtime Return. The two artists reconnected at Roach’s performance in Santa Fe in 2019, where Michael participated on The Beam. Afterwards they spent several days together laying down basic tracks that evolved over the next two years into this collaboration.

“Checking in deeply after decades apart,” notes Roach. “Michael and I found we both chose to live in places away from cities, close to the natural world. The ongoing influence of the environment we live in gives us another level of going past the day to day. Out my window, I look seventy-five miles to the horizon, horizon is home. We’re both at home in our element, present in one’s self while focused on something far in the distance, moving towards it, pulling us out there.”

The album features a huge range of instruments, including The Beam (a 12-foot bass instrument with 22 strings), an extensive array of analog and digital synthesizers, vintage and current analog modular sequencers, the 6-foot didgeridoo, guitars, and more. They shared the following information:

You can preview the new album on Bandcamp or via the embed below: