A visual artist and muralist born in Valparaíso, Chile, INTI creates artworks surly carries out not more than the meaning, he also transmits the warm colours of it. Painting on canvasses, creating sculptures or large murals, his artwork addresses birthplace of the Latin American culture, multiplying it on a global level.

INTI, whose name means the Incan sun god and the Quechua word for ‘the Sun’, gives a special orange/sun glow in his works, which has become his Moniker of sorts, INTI’s style is not only unique and outstanding but thoughtful and calm; the combination of bright Latin colours and the Ancient South American culture is stunning.

Take a look below for a selection of INTI’s stunning works across the globe. 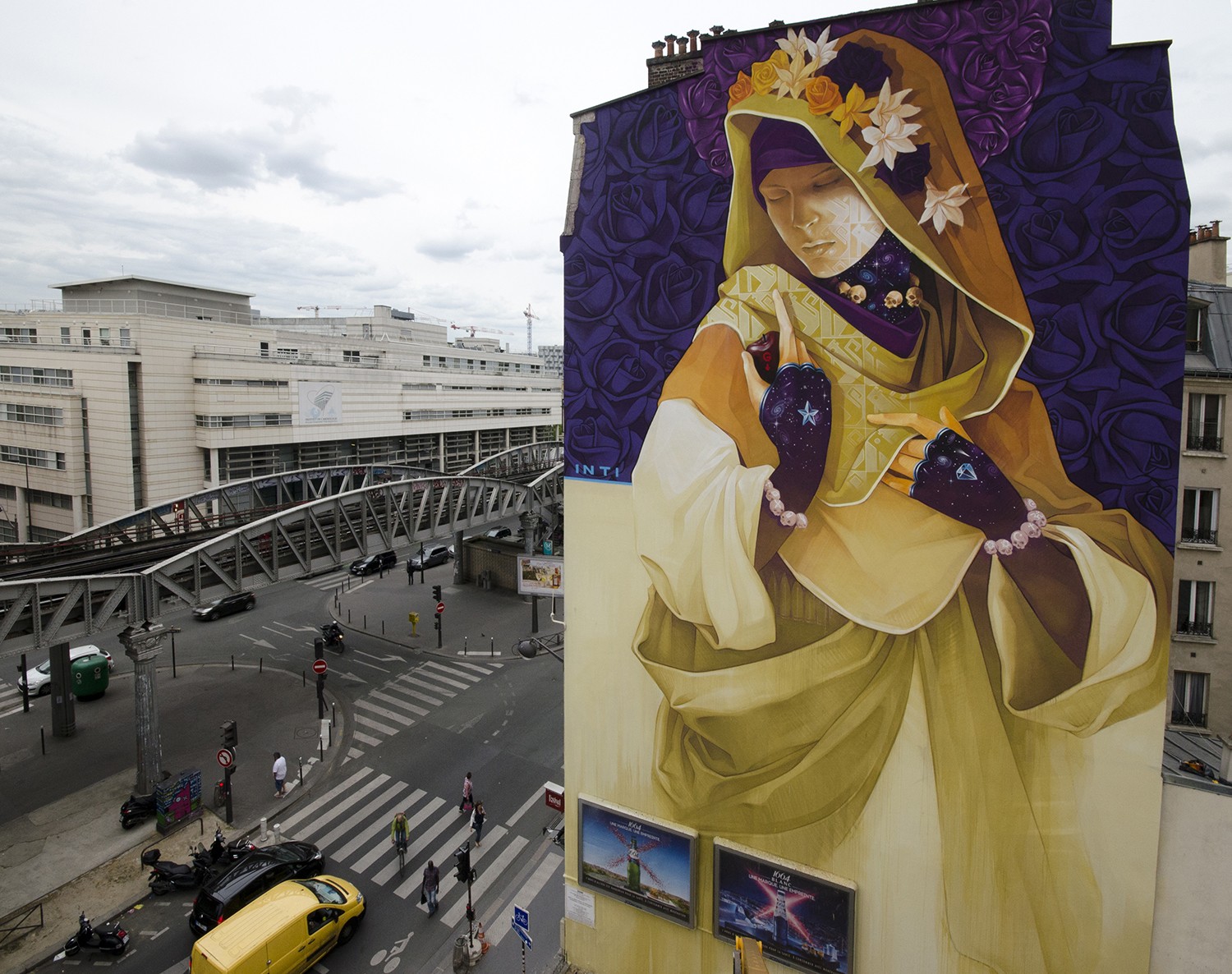 “La Madre Secular” is a series by INTI, it is a representation of the Madonna, where the sacred remains outside the religious context, and stands as something possible without breaking the laws of nature.

Through the iconic composition, with symbols linked to nature and science, this Madonna replaces the apple from the biblical tale for Newton’s apple, as an allegory to the era of knowledge and skepticism. 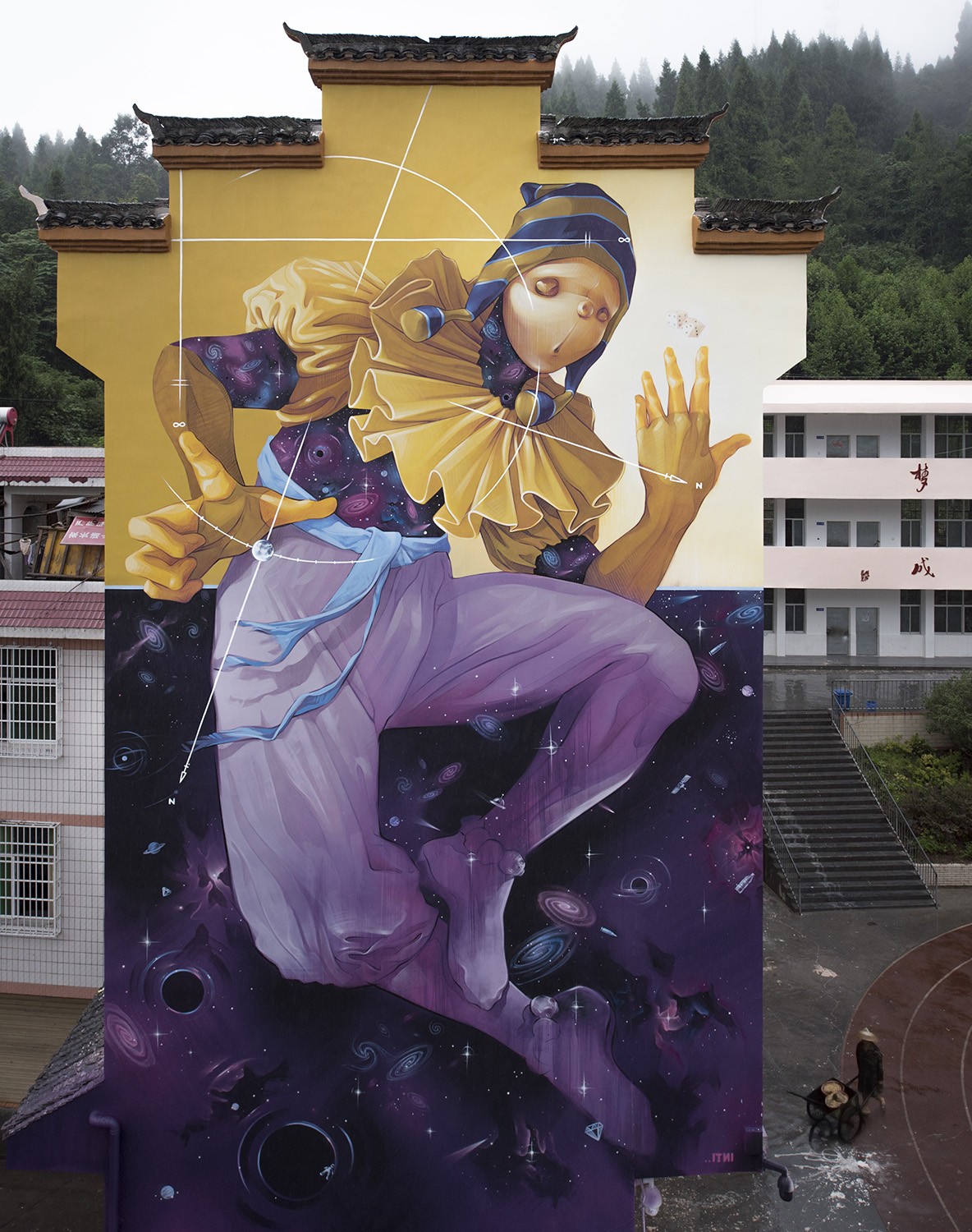 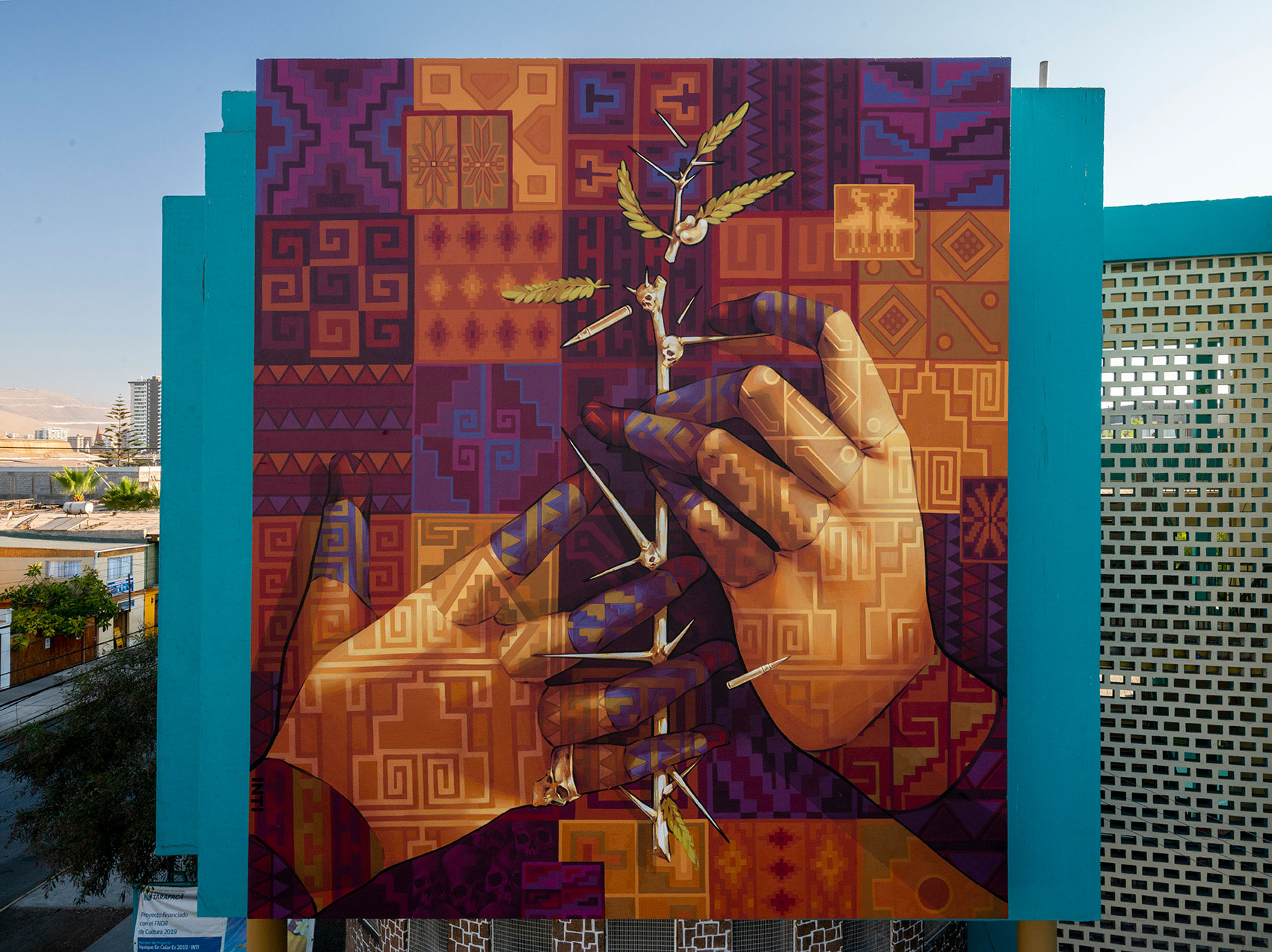 The mural features a Tamarugo tree which is a native species from the north of Chile, which manages to survive in one of the most arid places on the planet, Atacama Desert. The ability of this species to survive has been vital to the communities that inhabit these places since ancient times, and a symbol of life and resistance to the devastation of resources caused by mega-mining in these lands.

INTI creates artworks surly carries out not more than the meaning, he also transmits the warm colours of it. Painting on canvasses, creating sculptures or large murals, his artwork addresses birthplace of the Latin American culture, multiplying it on a global level. 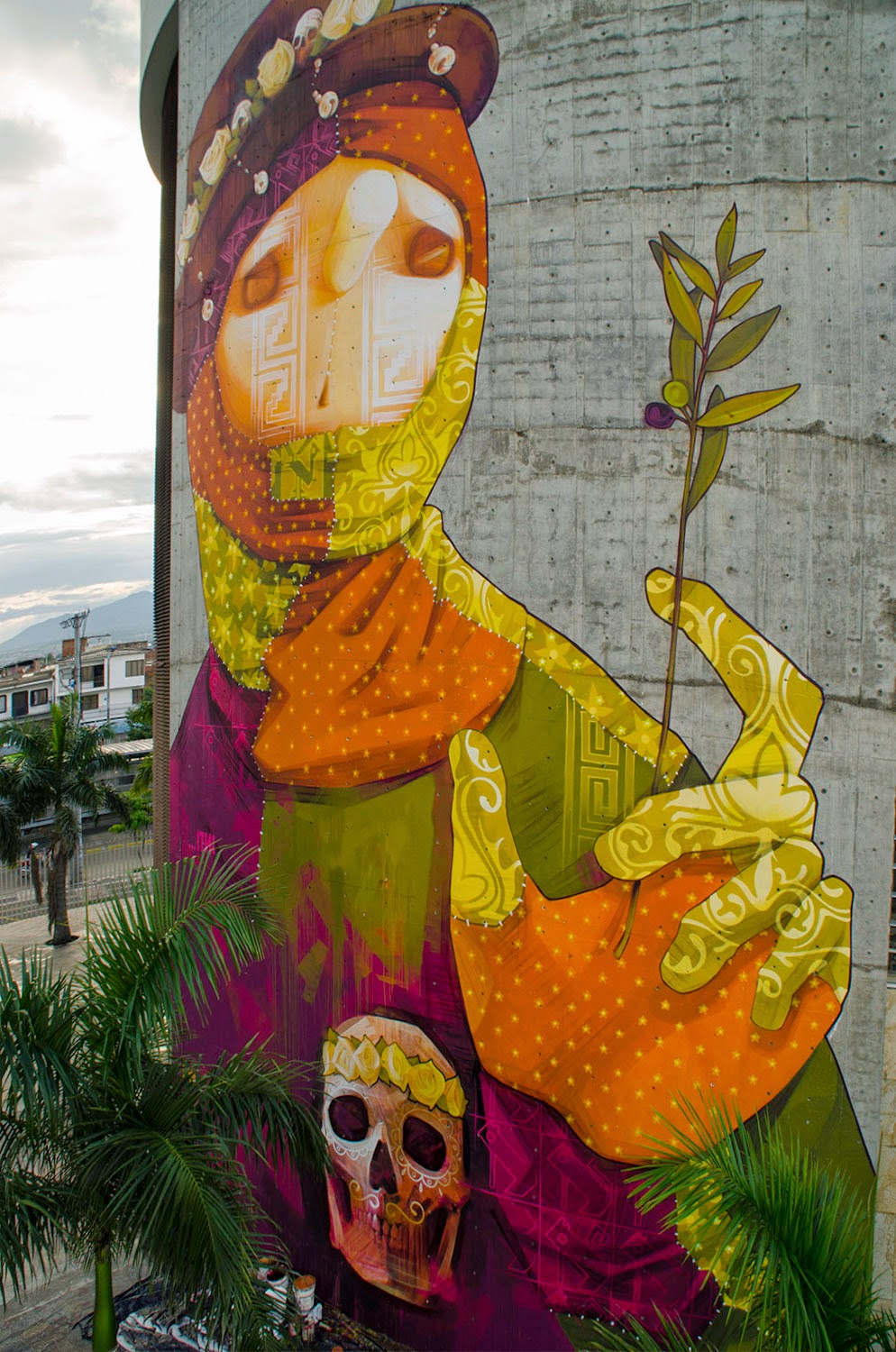 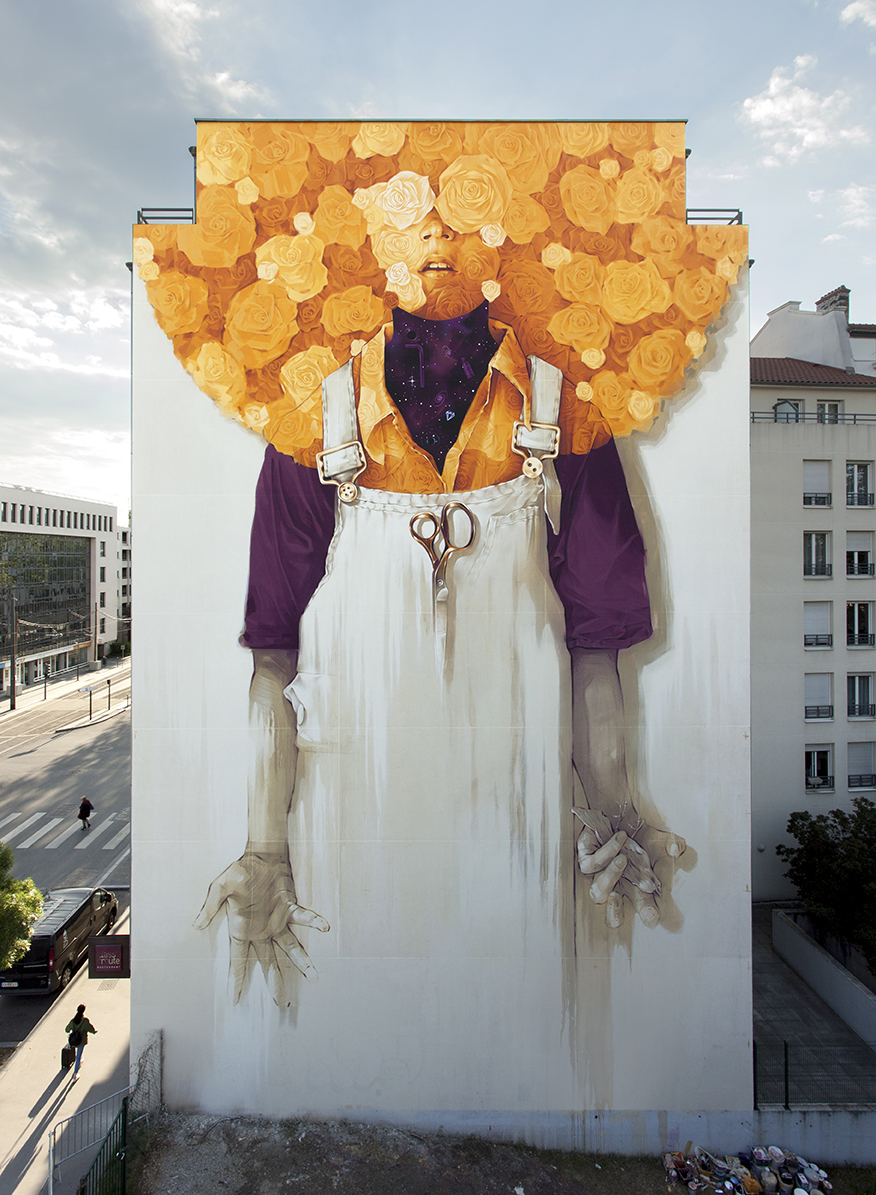 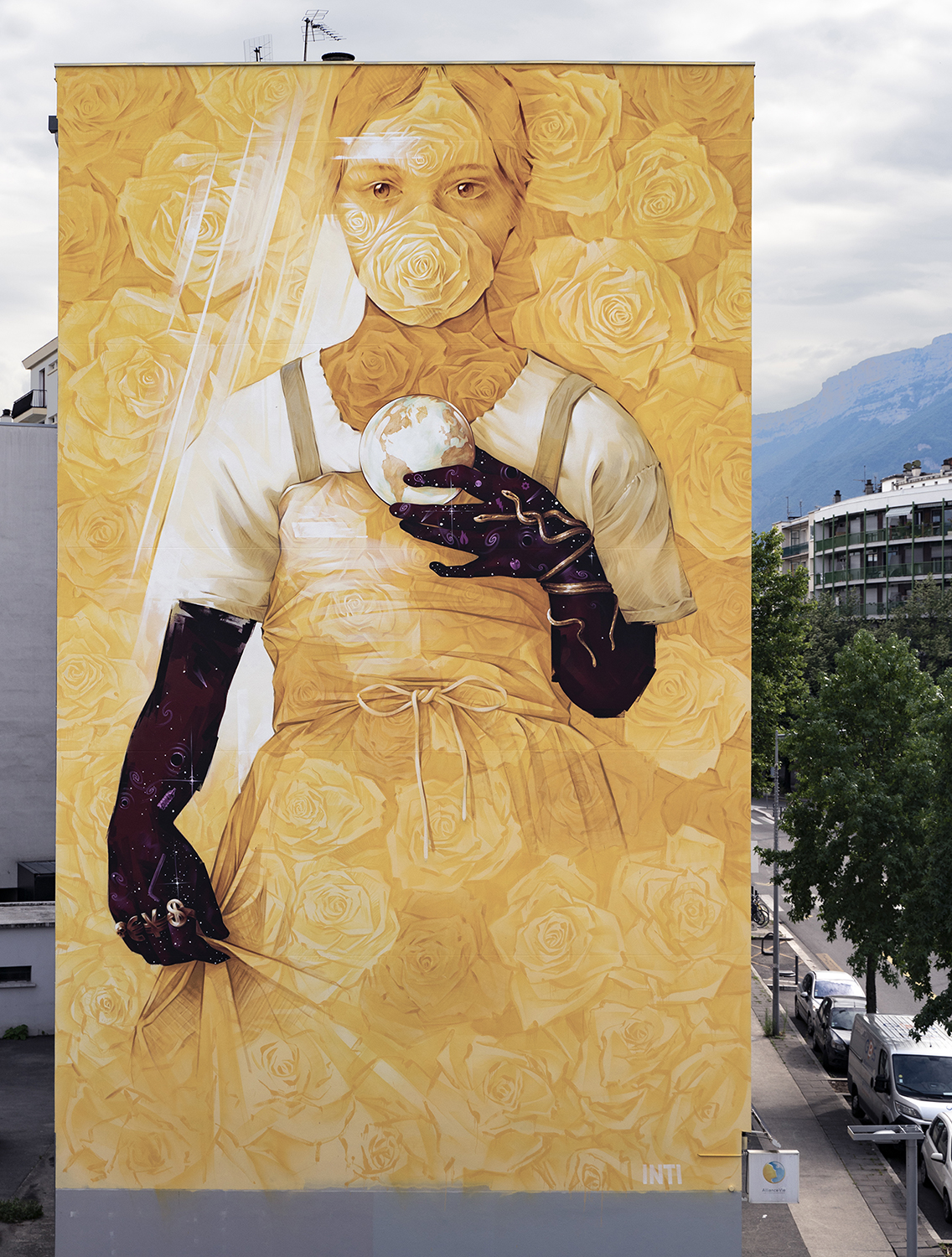 “A Pale Blue Dot” features a woman embodying the universe with a small dot in her hands that represents the Earth. This mural was made as part of the Grenoble Street Art Fest. Together with the artwork, INTI left us with a quote from Carl Sagan. “Our planet is a lonely speck in the great enveloping cosmic dark. In our obscurity, in all this vastness, there is no hint that help will come from elsewhere to save us from ourselves” 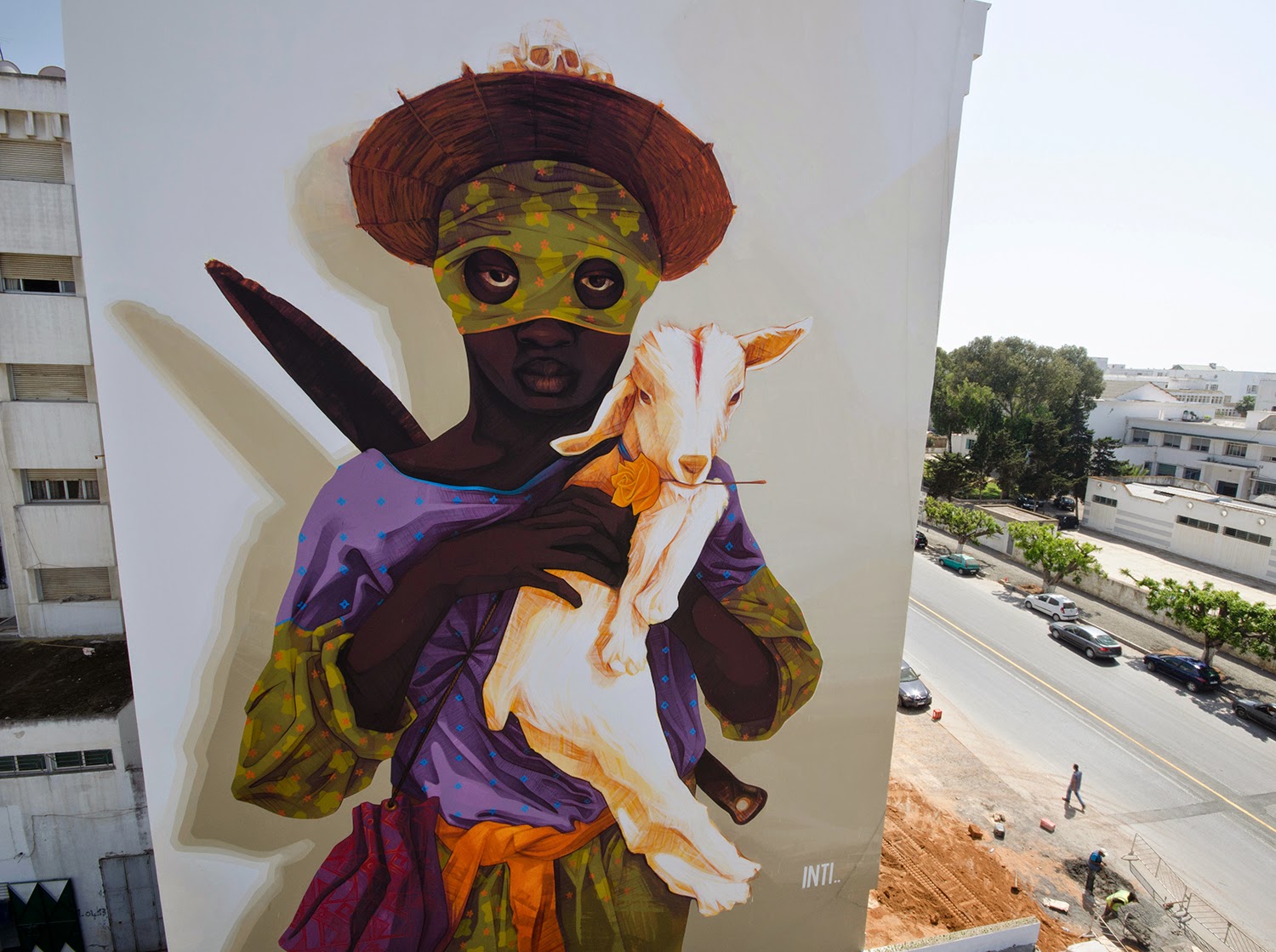 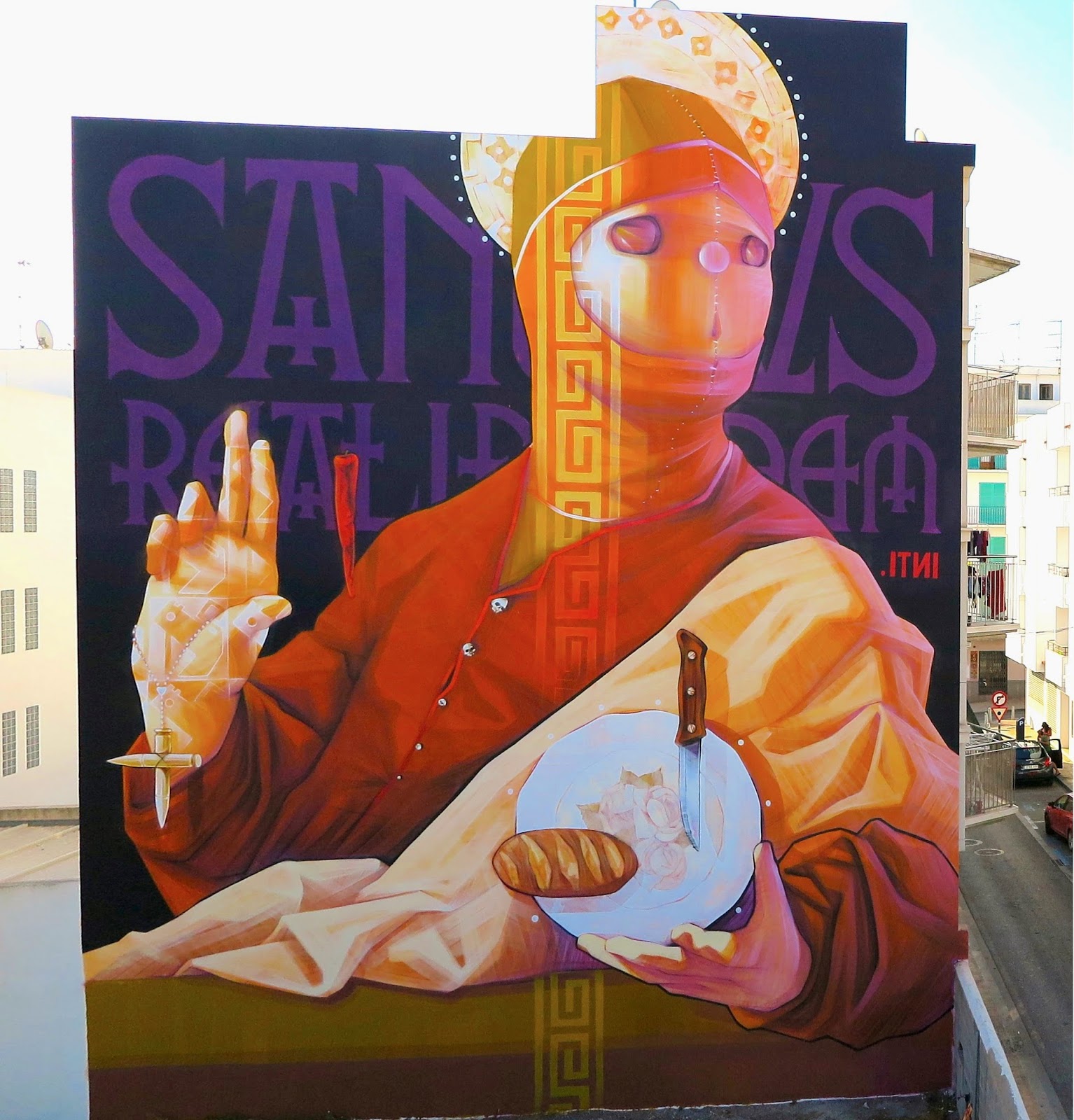 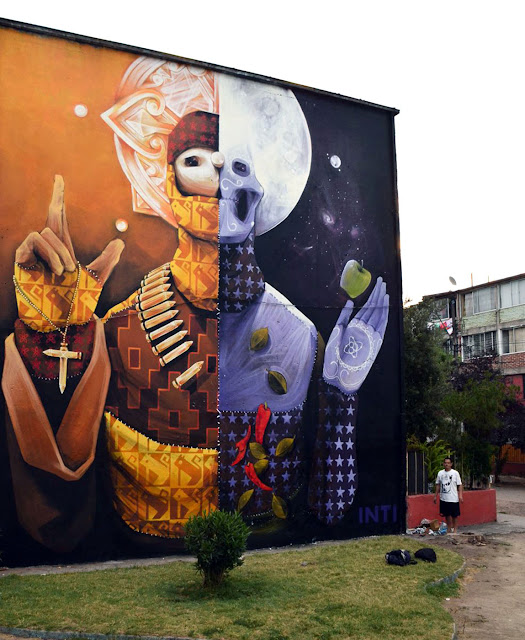 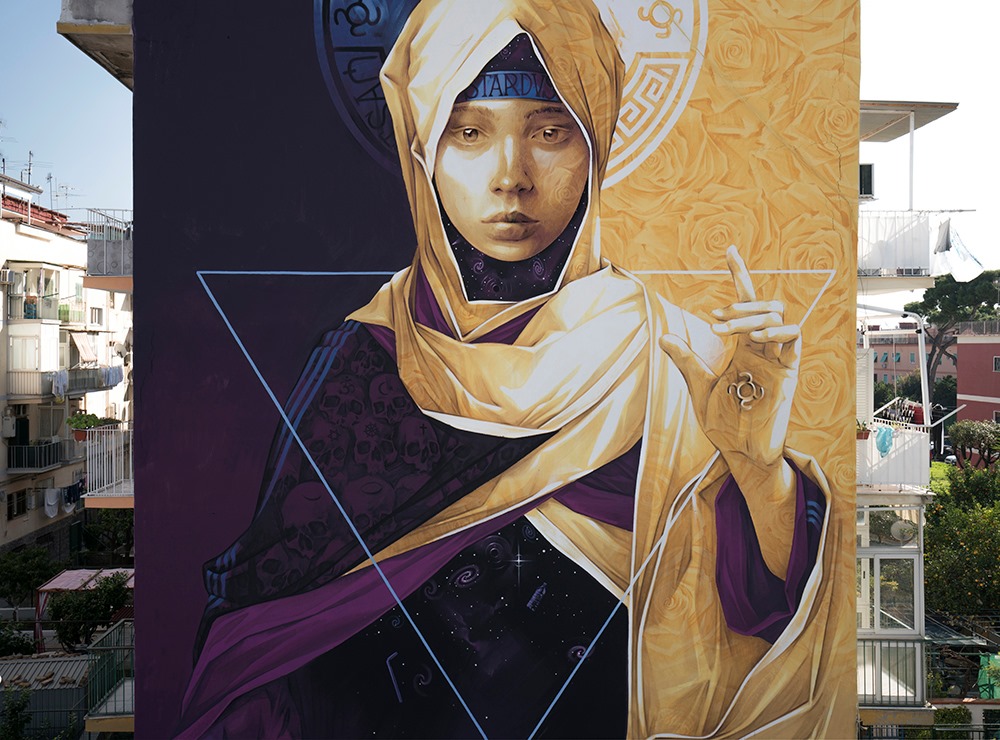 For more updates on the talented Chilean artist, make sure to check out our #INTI page!