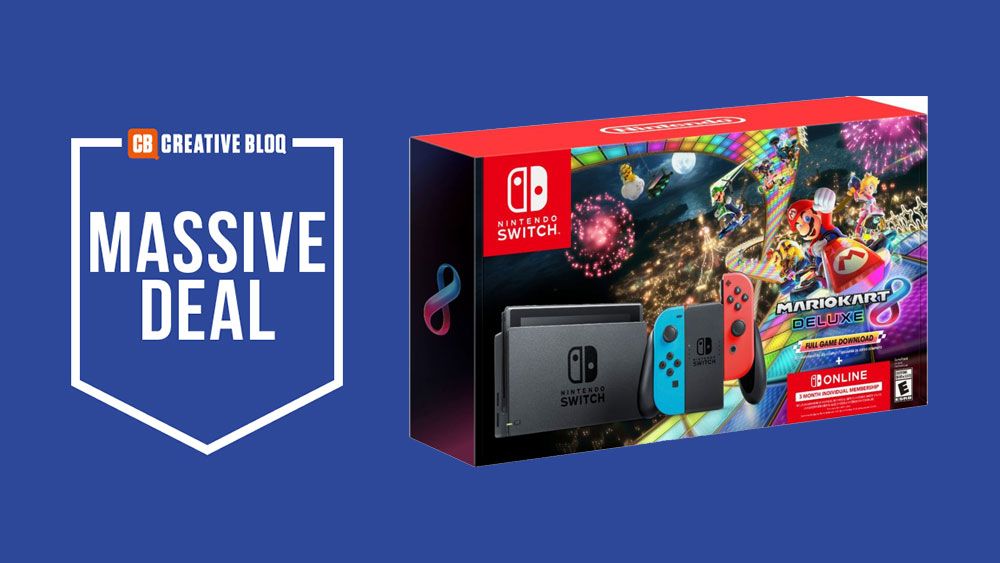 The Nintendo Switch has become one of the world’s most popular gaming consoles. Which is why we we’re super-excited find this amazing Switch deal, which is the best we’ve seen so far this year. Right now you can get a Nintendo Switch Neon Blue/Red Console, Mario Kart 8 Deluxe, and a three-month subscription to Nintendo Switch Online for $299 at Best Buy in the US, and £259 in the UK Nintendo store.

Considering the console alone would set you back $299.99 / £259.99 on its own, this bundle deal offers really excellent value for money. Not only that, Mario Kart 8 Deluxe is one of the consoles most popular games, which makes all the more appealing.

As the best Nintendo deals go, this is the one everyone wants, so if a Switch deal is topping your Christmas list, be sure to act fast as we don’t expect stocks to last long. If you’re looking for the console on its own, or a different bundle deal, don’t miss our guide to all the best Nintendo Switch Black Friday deals happening right now.

Not in the US or UK? Here are the best Nintendo Switch deals in your area:

Check out more deals at