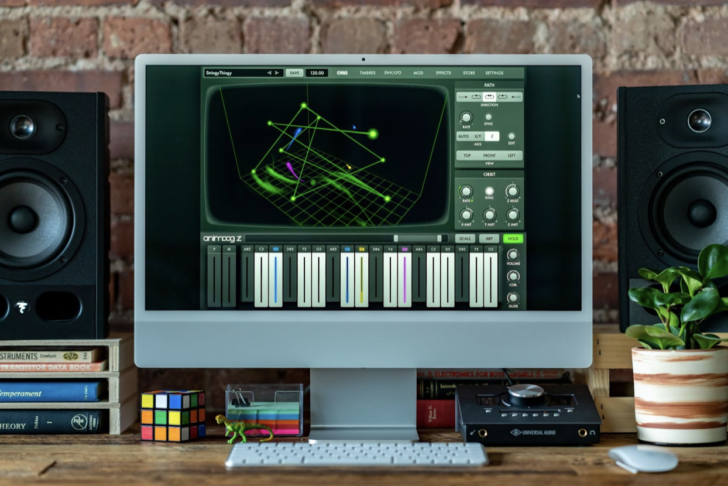 A decade after its release as Moog Music’s first professional synthesizer for iOS, Animoog has been reborn as Animoog Z.

Animoog Z expands on the original by extending modulation into three dimensions. It also can be used as an MPE controller and the synth engine has full MPE support.

Animoog Z is a 16-voice polyphonic synthesizer that is powered by Moog’s innovative Anisotropic Synth Engine (ASE), which utilizes an orbit system to expand the concepts of wavetable and vector synthesis. This unique synthesis concept allows for dynamic navigation through the app’s X, Y, and Z axes for evolving and layered sound. 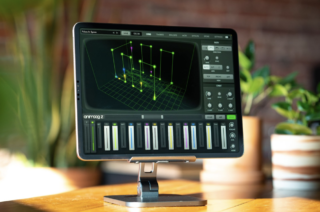 Animoog Z expands on what users most loved about the original Animoog app, now with a more streamlined user experience, “powerful” new features, and availability on a wider range of operating platforms.

Developers describe getting started with Animoog Z as “immediate and intuitive” – the user can simply select and drag the orbit path to create sonic configurations as the patch travels through an array of timbres.

Use Animoog Z’s built-in configurable keyboard to control pitch and pressure per voice (or to send MIDI out), or connect an MPE controller to explore Animoog Z’s MPE-compliant sound engine.

Animoog Z’s library of timbres includes digital tones and spectral sources alongside analog waveforms captured from classic Moog oscillators (both vintage and modern), all run through “a boutique’s worth” of high-end outboard and analog signal processors. These include modular synth circuits, Moog analog effects, and more.

New to Animoog Z, the built-in Timbre Editor allows users to record and design custom timbres, turning “any sound … into a source for musical inspiration.”

The universal Animoog Z app is available now via the App Store for iPad, iPhone, Mac, as an AUv3, and through a VST wrapper for integration in all DAWs that support AUv2, AUv3, and VST3. Download and explore the app for free with the option to upgrade in order to unlock Animoog Z’s full functionality for an introductory price of $9.99.  Visit Moog Music for more information.