Is Music Just a Big … Illusion? 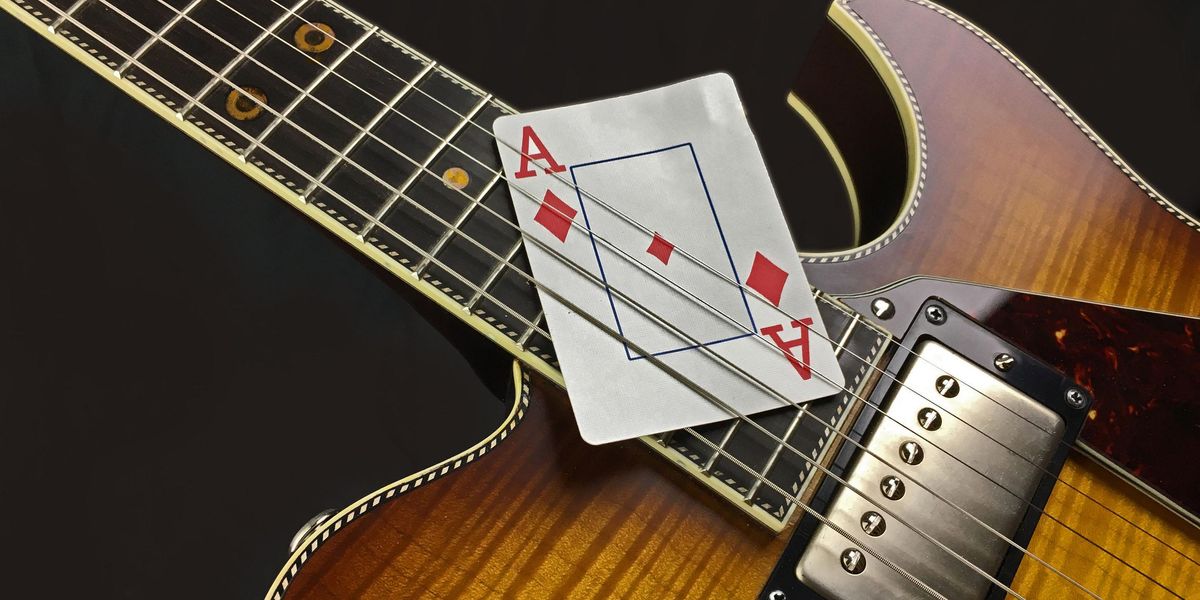 Most of us don’t believe in magic as a spiritual force that defines and controls our world. Although that was the dominant social paradigm centuries ago, science has pretty much relegated the idea of “true” magic to the realm of crackpot thinking. However, the idea of magic as trickery, slight-of-hand, and illusion is still alive and well, and some of the world’s biggest acts are illusionists. Audiences watch masterful “magicians” with a sense of awe as they seemingly levitate, walk on water, or even make the Statue of Liberty disappear. Few of us believe that these amazing feats are wizardry from beyond our conscious world, yet we marvel at the ingenuity used to create these illusions.

In a way, music—and guitar building—is much the same. For those us who have a decent understanding of how sound and music is made, we might forget the sense of wonder that a musical performance can instill in the civilian audience. We can be so caught up in technical aspects of making individual sounds or composing a piece of music that it surprises us when even generous audiences fail to see the nuances that we want them to appreciate. For them it’s magic, and I’m inclined to agree that it is.

When I host people in my workshop, I’m constantly reminded of this as well. I used to drone on and on about the way joints are machined, or how the angles of the headstock and bridge are calculated. This was a sure way to induce sleep in even the most intelligent and interested visitor. But when I start with a finished instrument then show them a huge raw board of wood, it’s a whole different experience. At that point, people want to see how the magic trick is done. Once they are mesmerized by the transformation, I can go into some detail about what saw I use to do this, or what chisel I favor for that. One day it’s a pile of wood and wire, and then suddenly it’s making music. It’s like a magic wand.

For those us who have a decent understanding of how sound and music is made, we might forget the sense of wonder that a musical performance can instill in the civilian audience.

I feel the same about music. People like to see behind the curtain—the rise of the Rig Rundown is a good example of this. I find that when I watch a random video of a guitarist I’ve never heard talking about his or her pedalboard, it puts me to sleep until something is played. I want to experience the trick before I see how it’s done, because I want to enjoy the magic first. Sure, I want the technical talk, but it was the taste of the food, not the ingredient list, that brought me there in the first place.

Both music and guitars are creations of beauty—something that stimulates your imagination and takes you to another place. The ingredients that create both are best when they’re not formulaic or rote. It’s not a matter of putting a bunch of parts together in a totally predictable way, but to surprise the audience with a quick detour to a place that is a little familiar, yet also a little unexpected. To do that, you’ve got to believe in your own magic and embrace the winds that blow you down a path. If you don’t take chances and follow your feelings, you can get stuck with very average results. Some of my best stuff started out as a lark, or even a mistake.

I think it’s a good practice for both guitarists and builders to acknowledge that we’re in the business of creating magic. I’m not suggesting that you invent some fantastical story about how you do what you do—there’s already enough of that to go around. The trick is to create a feeling of surprise and awe with our work. Sometimes that takes a leap of faith to accomplish. And that’s when it’s magic.