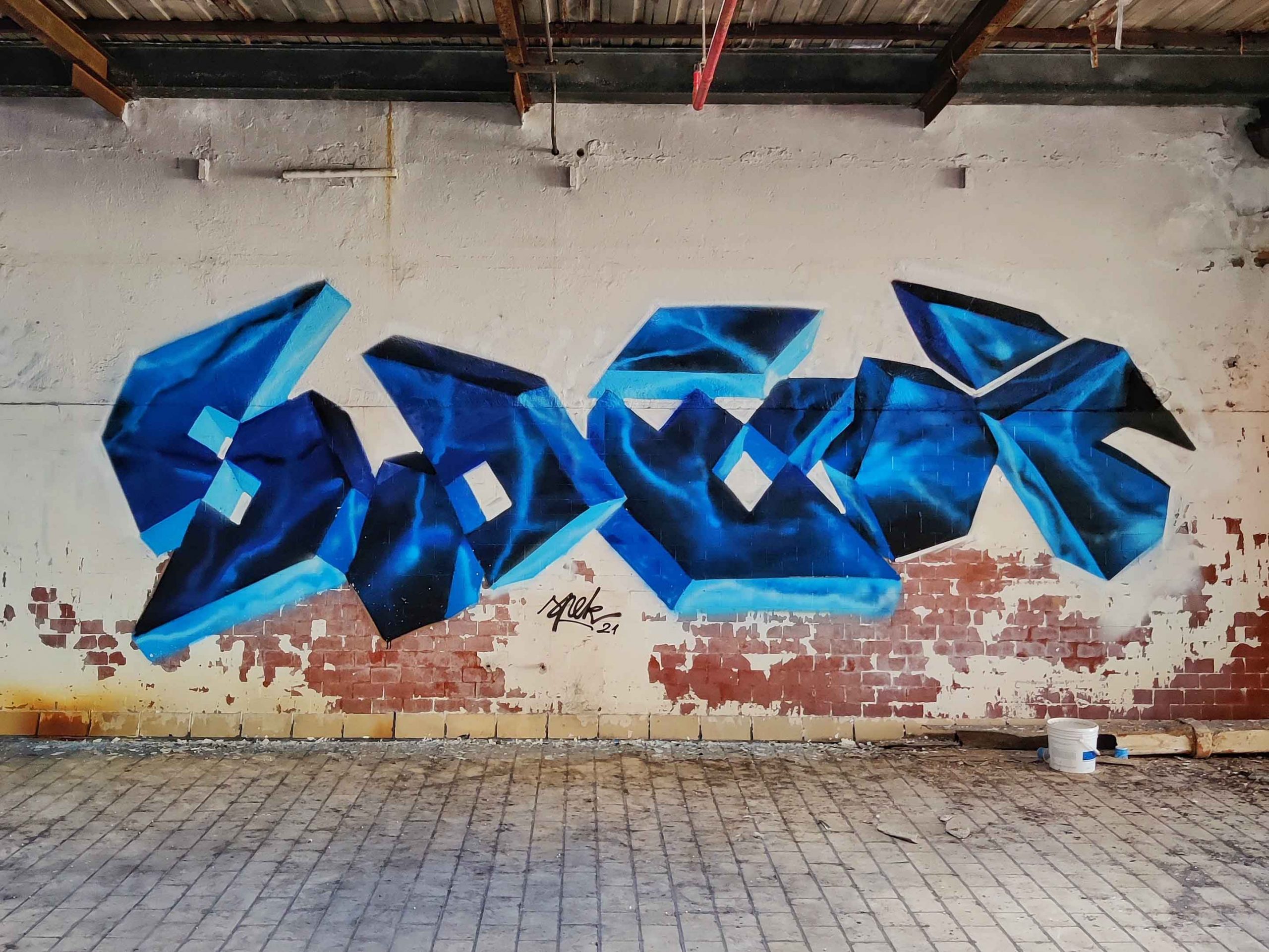 SPEK was born in 1986 in Faenza, a small town in Romagna (Italy), He started writing his name at school when he was 12-13 years old and he basically never stopped drawing those same four letters.

He’s into graffiti since 2006. He painted mostly around Italy and the UK and is currently based in Rome. He’s part of the Modern Brutality Crew.

He finds inspiration for his graffiti in about everything. His style has been influenced mostly by brutalism in architecture, advertising and pop culture, mathematic/ geometry and technical drawings. He stays out of Classic graffiti styles by experimenting with 3d lettering and using mostly straight Lines, gradients, and vibrant colors.

The writers who have influenced him the most are ZEDZ, WAIS, ROIDS, AROE, PANTONE, STORM, XPOME…and all the artists who have evolved their style through the years by keeping their distinctiveness. His favorite artist of all time Is Viktor Vasarely, the godfather of Op art.