The London Police is an art collaboration between Chaz Barrisson and Bob Gibson that started in 1998 when the artists visited Amsterdam to rejuvenate the visually disappointing streets of the drug capital of the world. The artists display an art in illustrative and innovative expression.

They were part of a small group of artists at the end of the last century that helped pioneer a new street art movement. After a few years of mixing traveling and making art in the street, TLP began to receive worldwide recognition for their contribution to the graffiti/street art movement. They were included in many of the books documenting the scene and invited for shows and live drawing performances all over the globe. Their work has adorned buildings and galleries in more than 35 countries, like England, Holand, Singapore, Italy, Norway, Slovakia, USA, among others. 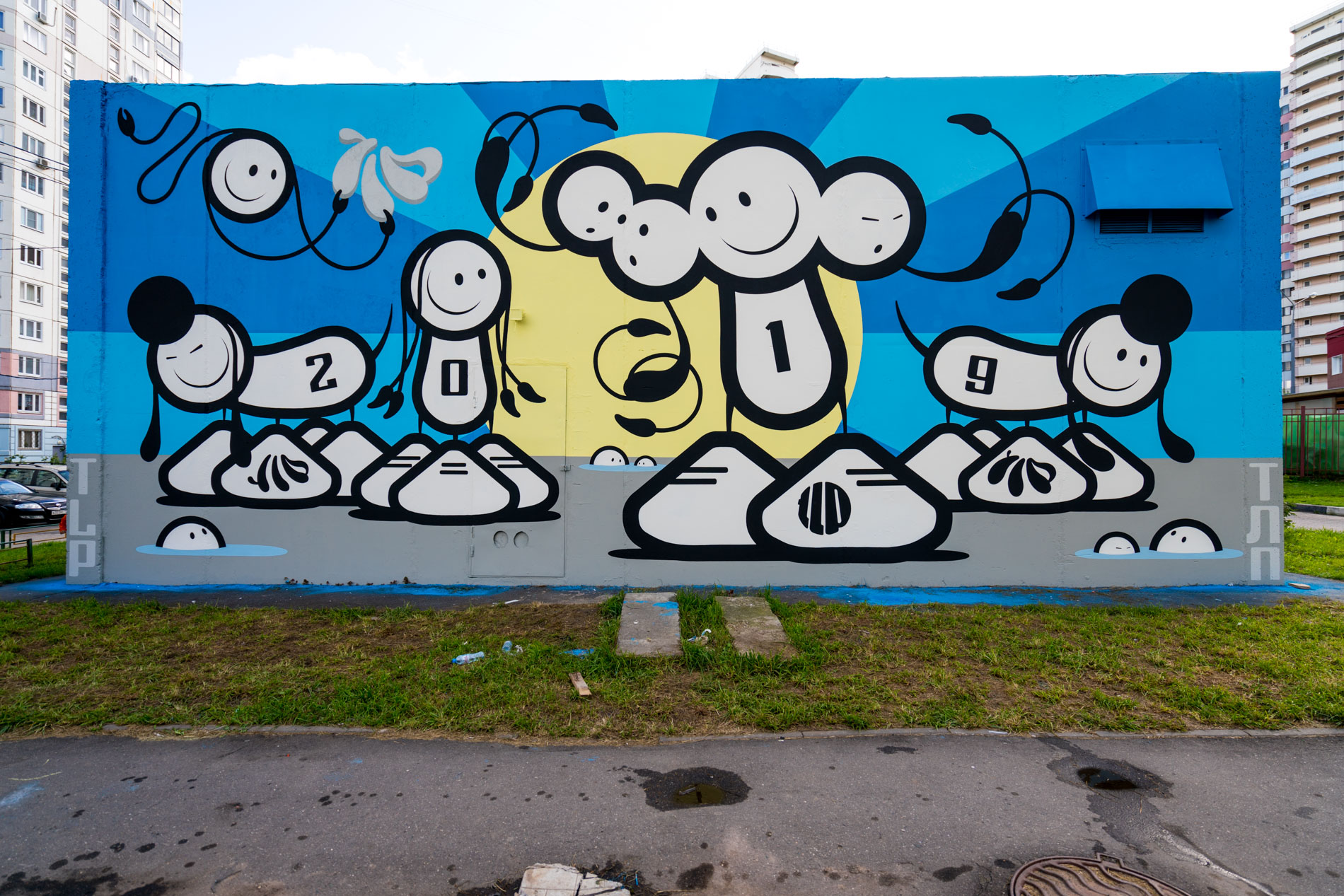 The duo combine styles on every piece they produce, often mixing in a tall portion of antics and mock-seriousness along the way. In these playful fantasy cityscapes ‘the Lads (the circular characters)’ are constructed and move around freely, in turn helping to build further elements of the city. The London Police creates a place full of interaction between their circle and line paintings.

Scroll down below to view more of The London Police’s best works through out the years. 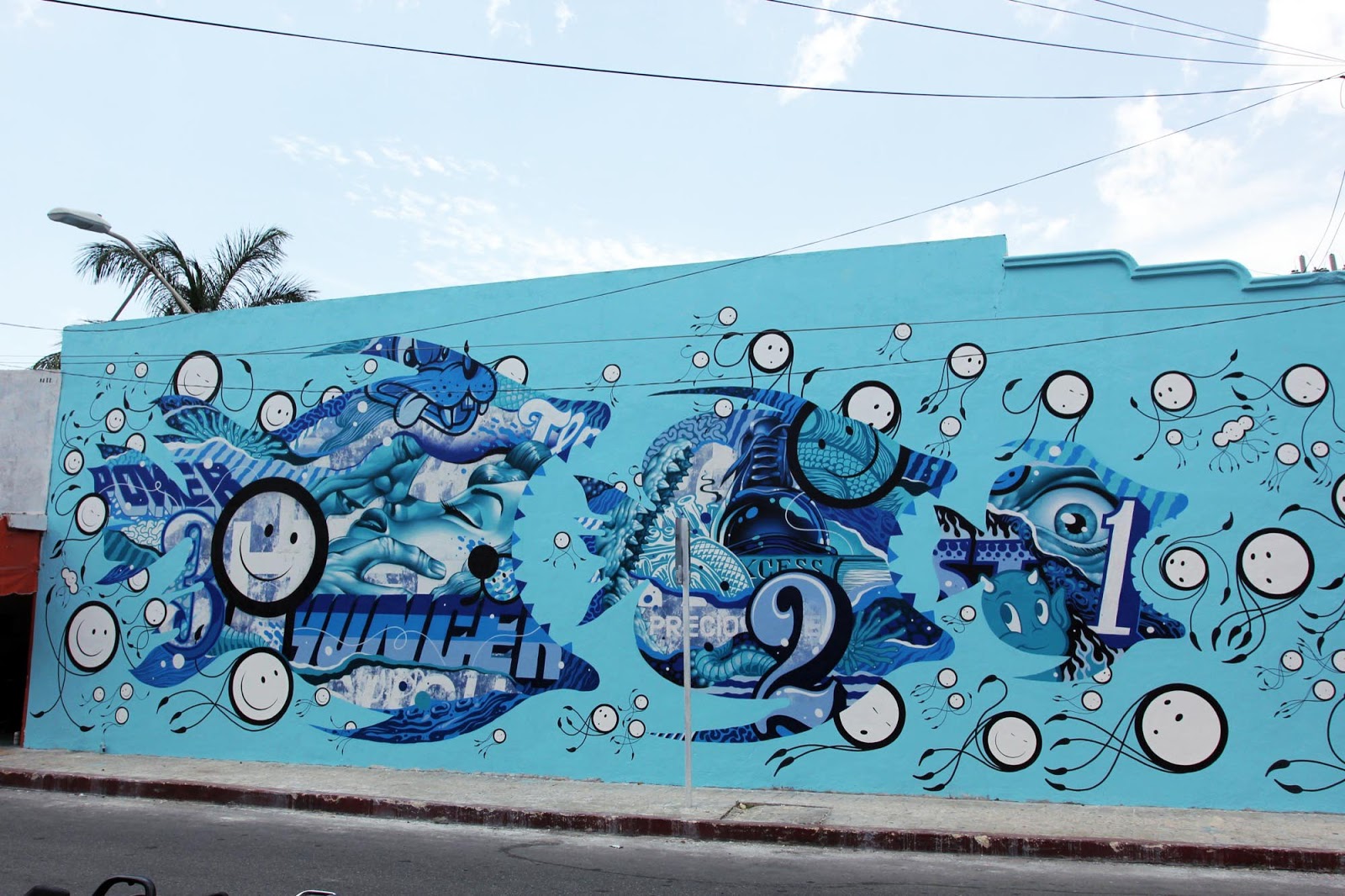 “Fish Eat Fish” in Cozumel, Mexico, 2015In 2015, The London Police collaborated with Tristan Eaton for the excellent SeaWalls: Murals For Oceans. The team spent about five days to create this impressive piece which is featuring each artist’s distinctive style and technique. A monochromatic layering for Tristan Eaton combined with a bunch of signature characters from The London Police. 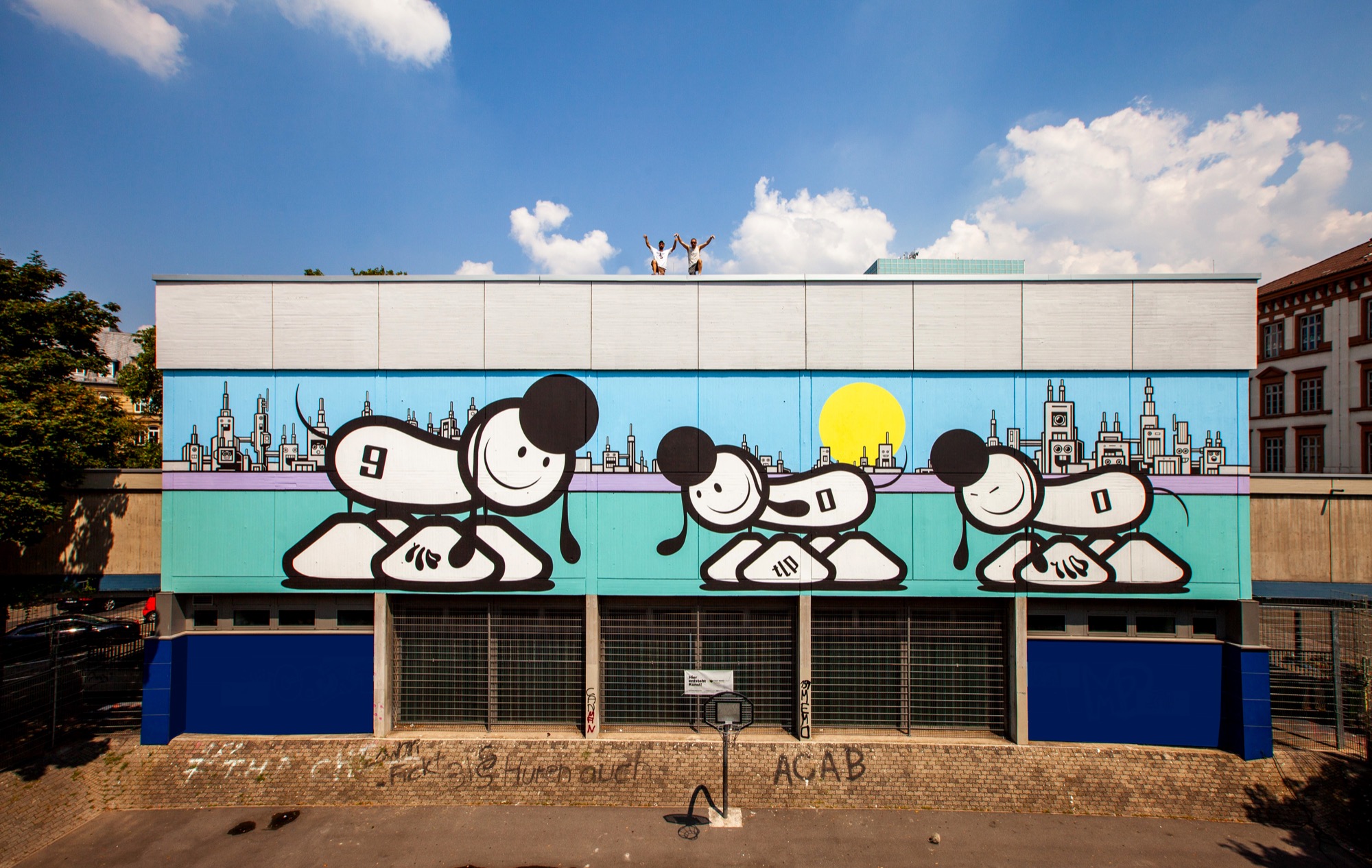 The collective from Amsterdam created a work in Germany which in the background we see a detailed city panorama. This element is kept in a turquoise-blue combination separated by a purple line. In the center of the mural appear the LADS, i.e. three smiling dogs in black and white, a signature element from the artists’ works. 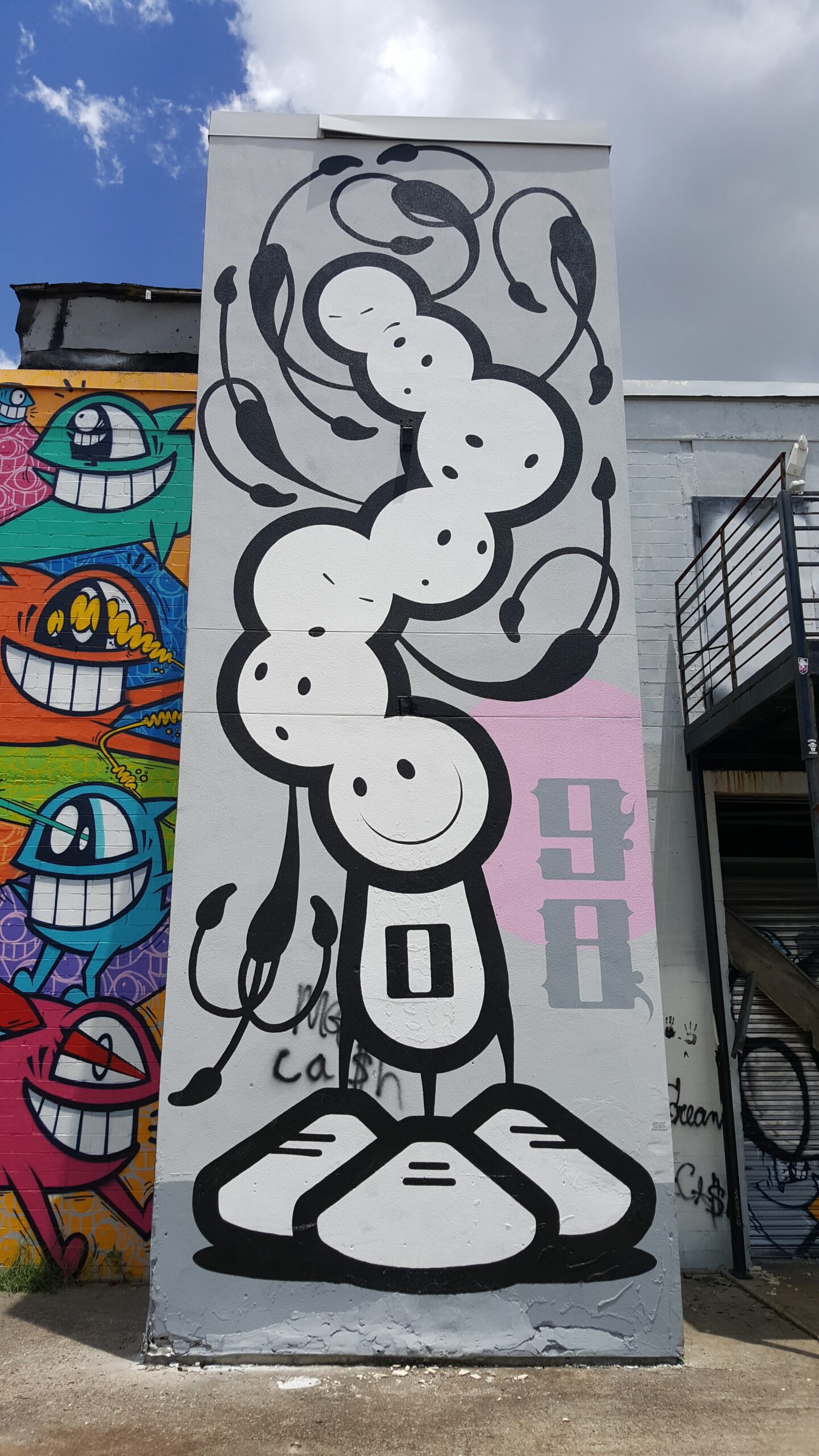 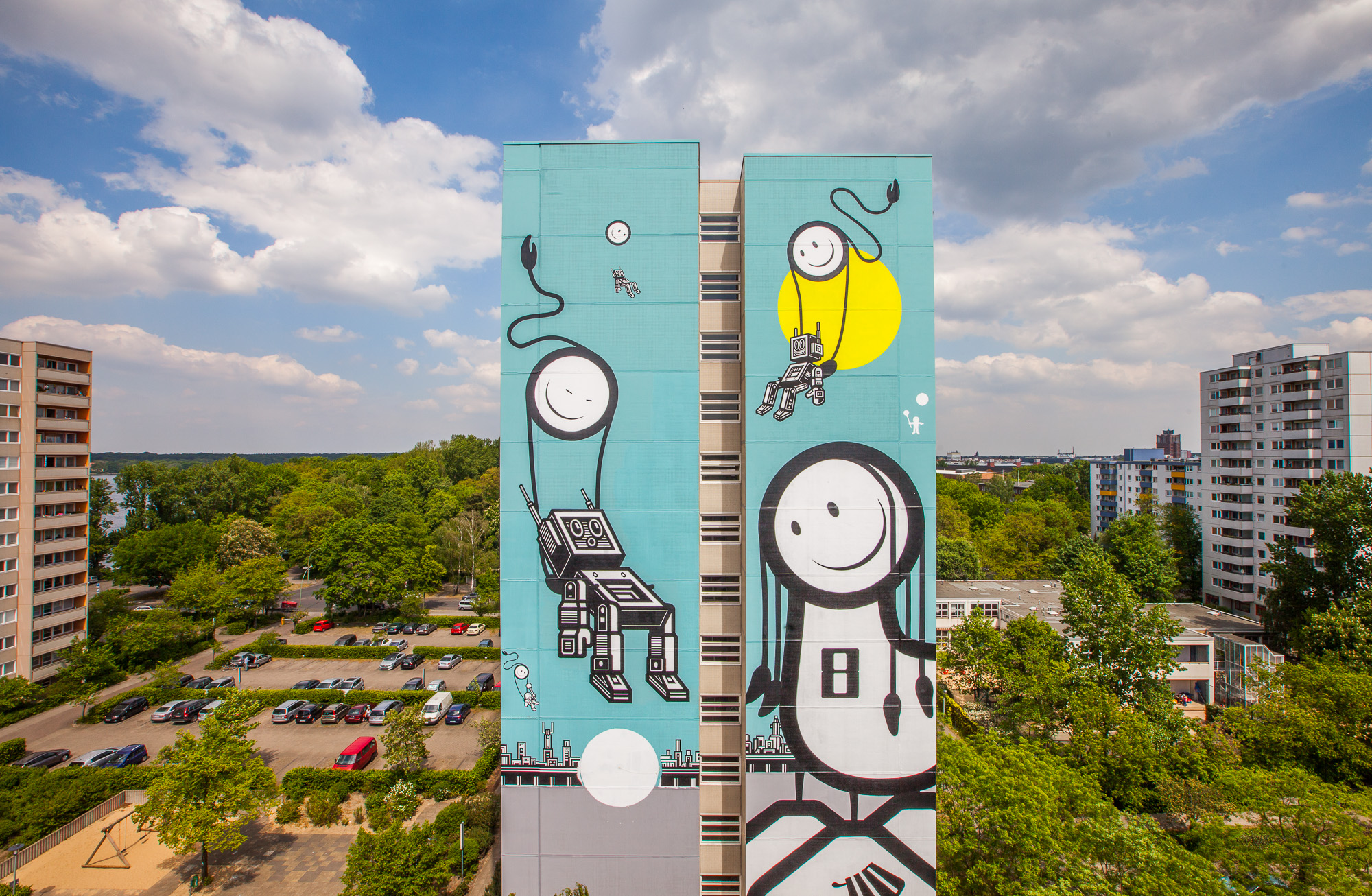 Mural in Berlin, Germany for Urban Nation ONE WALL 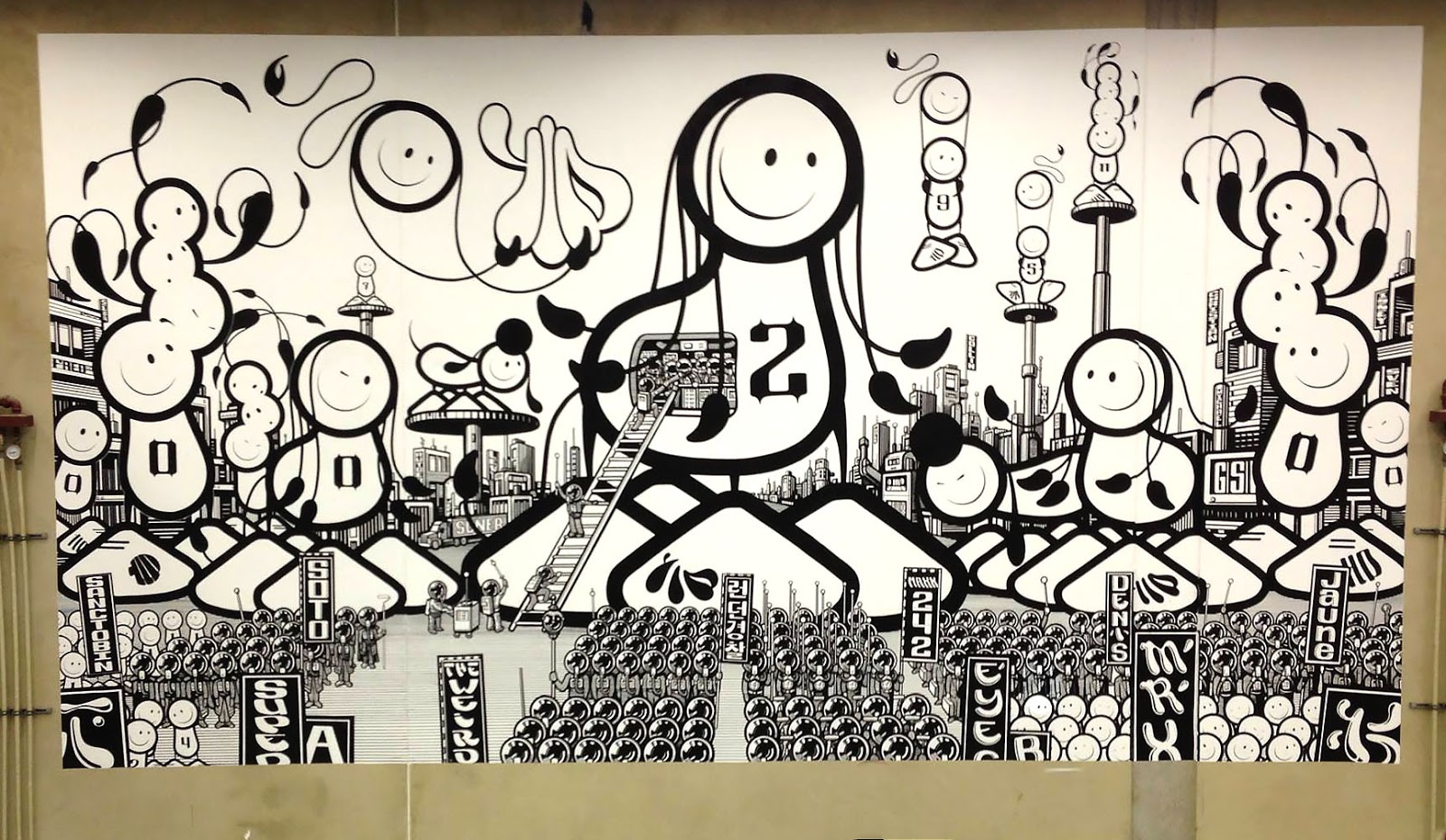 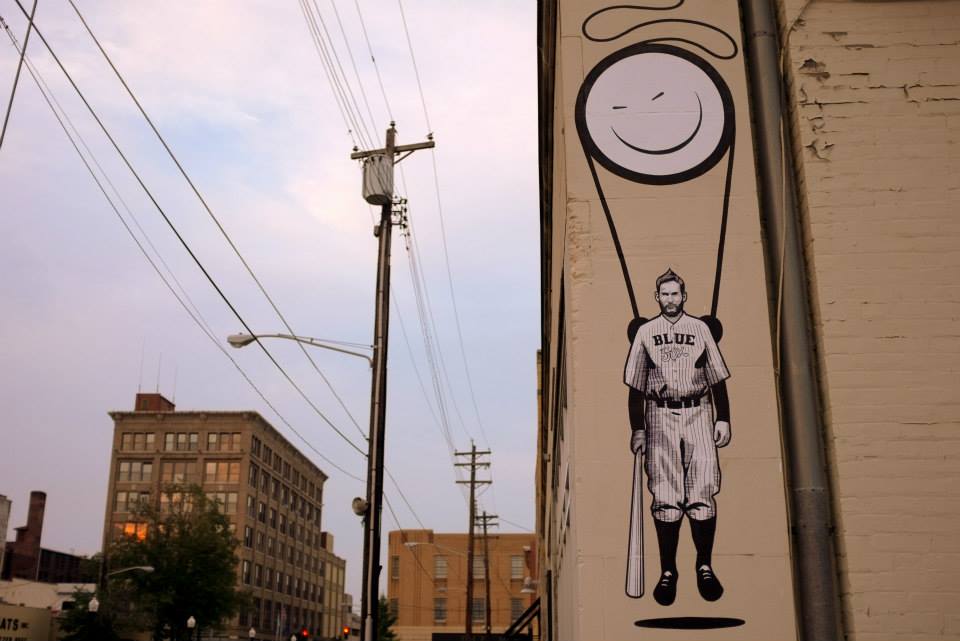 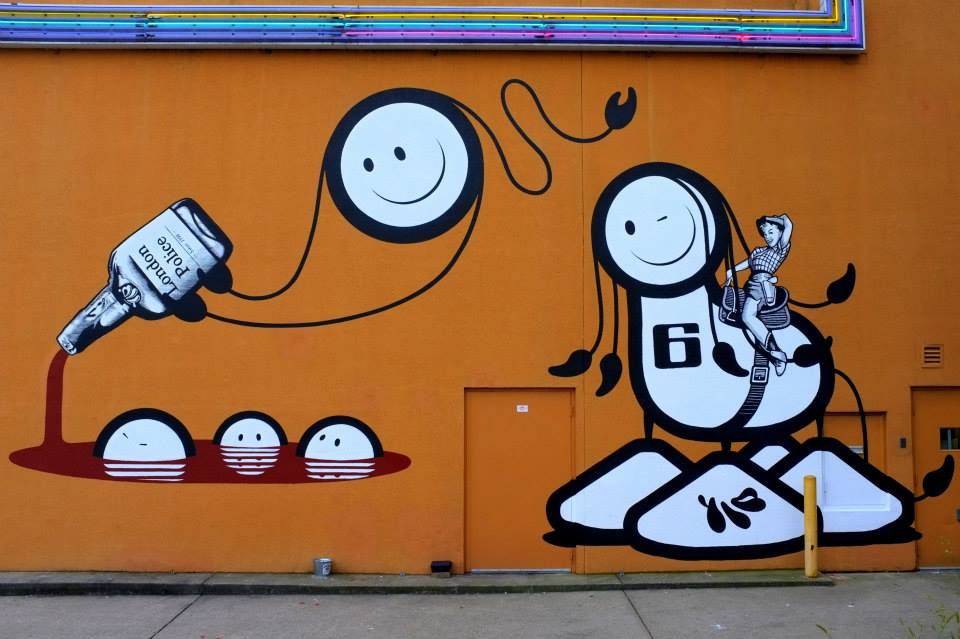 For more updates on the artistic duo, check out our #TheLondonPolice page!