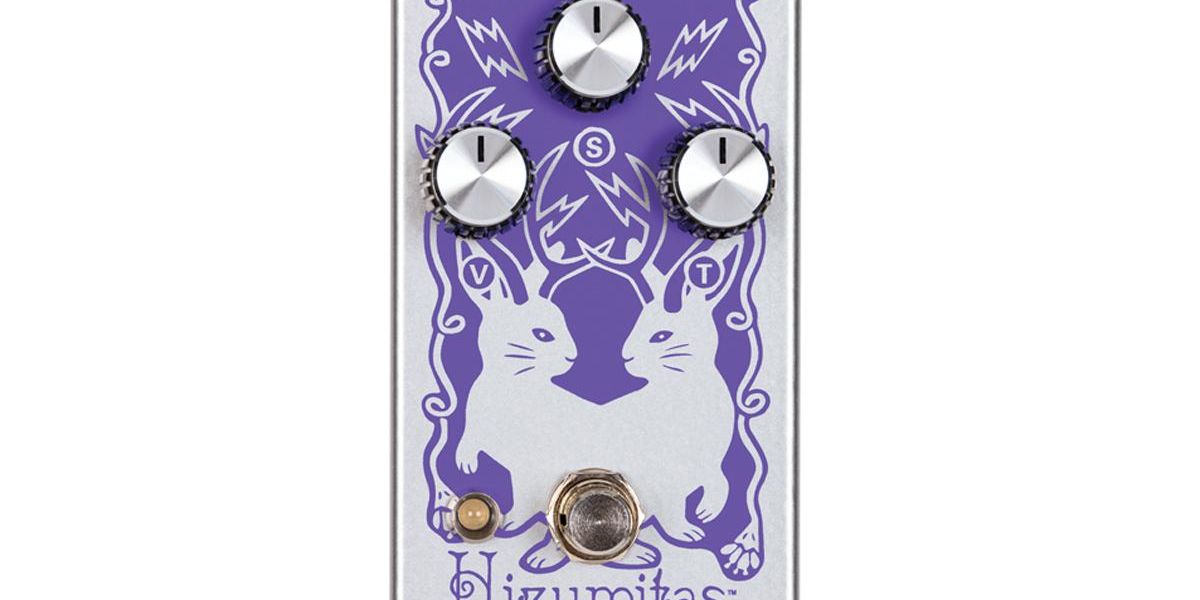 Boris know a thing or two about fuzz. As volume dealers by trade, they’ve spent nearly three decades dousing audiences in waves of distorted decibels. So, when the folks at EarthQuaker Devices decided to honor Boris guitarist Wata, they looked to her favorite vintage fuzz, the Elk BM Sustainar.

Let’s get one thing out of the way: It’s simply not possible to capture all the deep, dark, and bone-crushing tones of Wata or guitarist/bassist Takeshi in one neat little box. Whether the band is drawing from early Sabbath, playing at balefully slow tempos, or manifesting explosive sounds that evoke a five-alarm fire blazing into the night, Boris does many kinds of heavy. But while the Hizumitas can’t cover every heavy Boris tone, its sounds are a treat.

Sent from the Source

The Elk Sustainar is an early-1970s Japan-made copy of the triangle Big Muff. Look for a vintage unit—usually under the name Elk Big Muff Sustainar, Elk Super Fuzz Sustainar, or Electro Sound Co. Big Muff Sustainar—and you’ll encounter nutty prices that reflect their rarity and reputation. When EQD designed the Hizumitas, they checked out vintage Sustainars and Big Muffs and concluded that there was too much variation to nail down a faithful copy. So, they went to the source and Wata graciously shipped her own Elk pedal around the world to EQD HQ.

The 3-knob layout of the Hizumitas will be familiar to any Big Muff user, though Hizumitas’s controls behave in some unusual ways. The output is hot and unity gain is around 9 o’clock on the volume knob for most sustain settings. The sustain knob increases distortion, but don’t look for clean tones at the lowest settings—it starts hot and goes from there. The tone control is responsive and the knob you’ll probably reach for most. But heads up: Rolling the knob all the way counterclockwise is the most trebly setting and it adds bass as you work clockwise.

Because the pedal sustains so well, I could use the tone knob as an almost synth-like filter control on sustained notes, letting embers of drop-D riffs slowly burn and change shape as they decayed.

While it’s easy to find tones in a pedal with three knobs, one of which is output volume, the wide range of the sustain and tone knobs—and the interactivity between those controls—leads to surprises. Like a lot of people that will be interested in the Hizumitas, I was most curious to see how much low-end it had on tap. Using my Gibson SG and a Deluxe Reverb, I started with the sustain and tone cranked. These settings resulted in my favorite sounds. The bass is huge but doesn’t get overly woofy or dark. Low power chords and riffage on the bottom three strings benefitted from the added heft, and single notes were strong and rich with sustain.

Adding treble tightens up the pedal’s focus, but it can be an unusual ride. I sometimes imagined I was hearing bass bumps as I worked my way back toward trebly settings. High treble tones can be noisy and might sound harsh to some players. But others will love how cutting those settings can be. When I plugged my guitar directly into my interface using nothing but the Hizumitas and a little reverb, the sizzling tone burned right through the heavy, low-end riff I was tracking over.

The way the tone control works with the sustain control is another big part of the Hizumitas’ charm. Because the pedal sustains so well, I could use the tone knob as a noise filter on sustained notes, letting embers of drop-D riffs slowly burn and change shape as they decayed.

Without a vintage Elk Sustainar on hand, I can’t really speak to the accuracy of EarthQuaker’s reproduction. And, of course, I’ll never achieve Wata’s tone. But Hizumitas is well-suited for anyone trying to reach noisy, slow, and low spaces. By offering tight bass-boosted tones, well-seared lead textures, waves of sustain, and knob-twisting fun, the Hizumitas will inspire you to stay there.