Street artists Biancoshock and Francesco Garbelli have recently collaborated on a new project.“Apocalypse Trilogy” is a series consisting of three artworks that differ in techniques and layout but that are united by the presence of the same protagonists, the flowers. The series talks about issues related to the globalization era, the consumerism and the imminent environmental disaster. Each installation presents paradoxical scenarios, such as obese flowers due to the fast-food lifestyle, flowers ‘cultivated’ in cages where they grow overcrowded in a sort of intensive floral breeding or flowers born in the laboratory, nourished through experimental biochemical compositions.

The processes implemented by the indifferent and unstoppable global industry are stigmatized with irony.  This industry is the main engine of an apocalypse that is now approaching, 100% human nature. 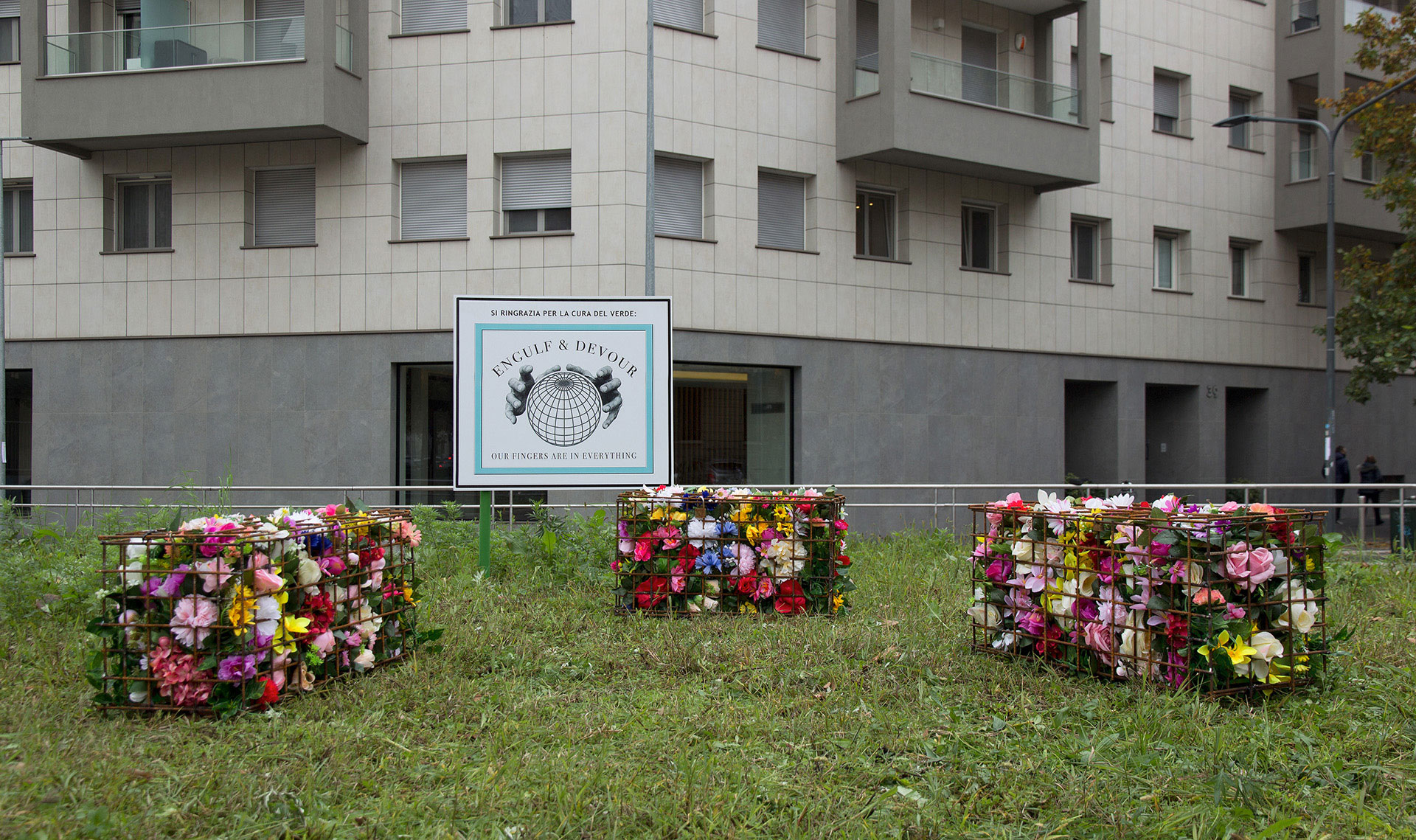 The flower, symbol of fragility, undergoes these transformations to survive, adapting its nature to the harsh conditions imposed by the human being.

Each artwork has been placed into a urban public green area together with a sign carrying the name of the ‘benefactor’ who contributed to ‘take care’, as a sponsor, of the social problem proposed by the artists.

In the trilogy there are references to the world of cinema, direct quotes to movies that have been a source of inspiration for these allegories.

The first installation that opens “Apocalypse Trilogy” series is entitled “Super Size Flowers”: it’s a series of flowers, handmade by the artists, that grow ‘obesely’ into a public green area directly managed by the Father of all Fast Foods. 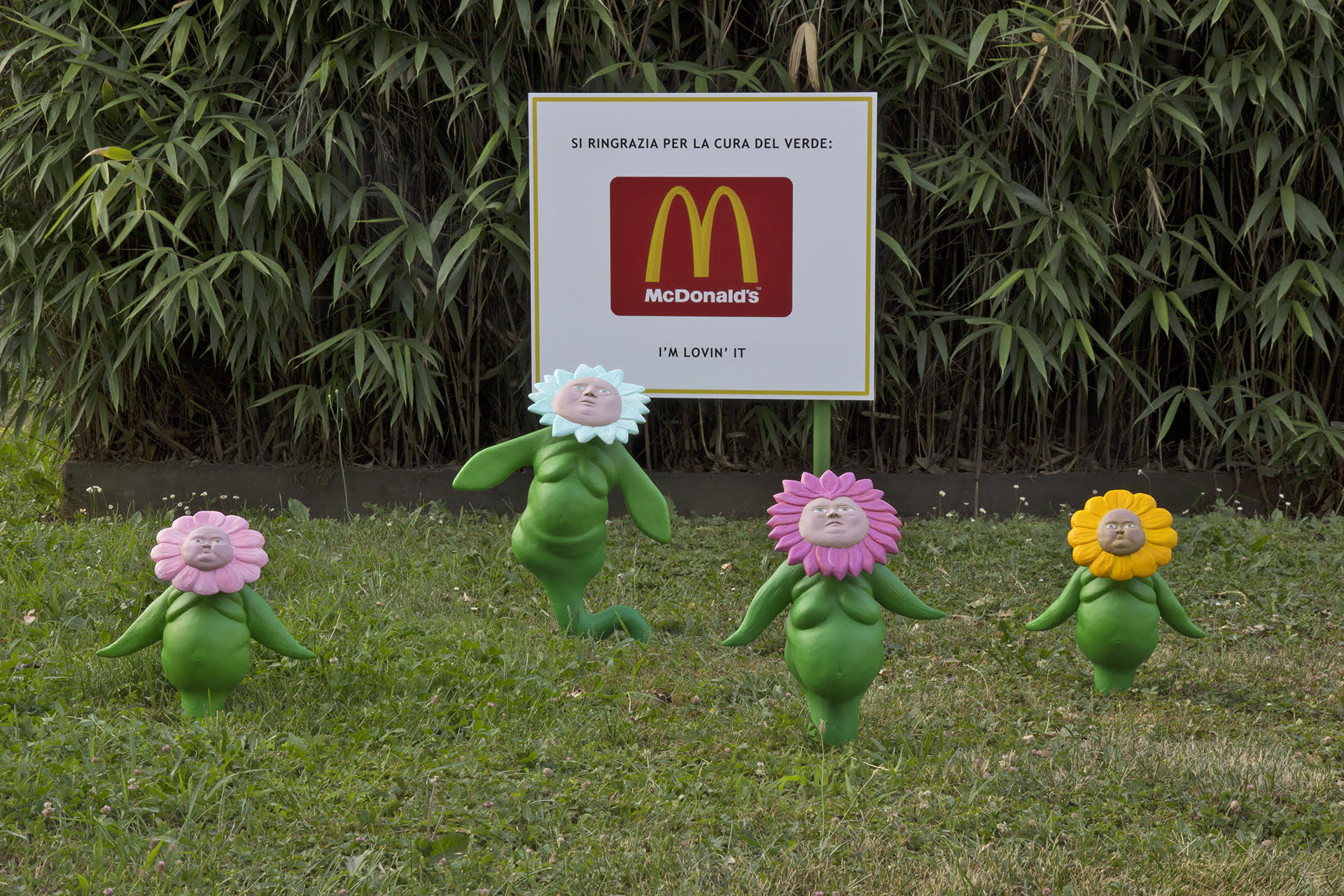 Fast and low-cost food, a punctual and effective marketing. A system that has transformed the eating habits of millions of people with no exclusion, thanks to strategies and services dedicated to all age groups: menus containing  surprises for the little ones, parties with entertainment, seats  with video games, free Wi-Fi, drive service and so on, until the next intensive breeding, the next Spill Over. The future pandemic has been served, without having to get out of your car. 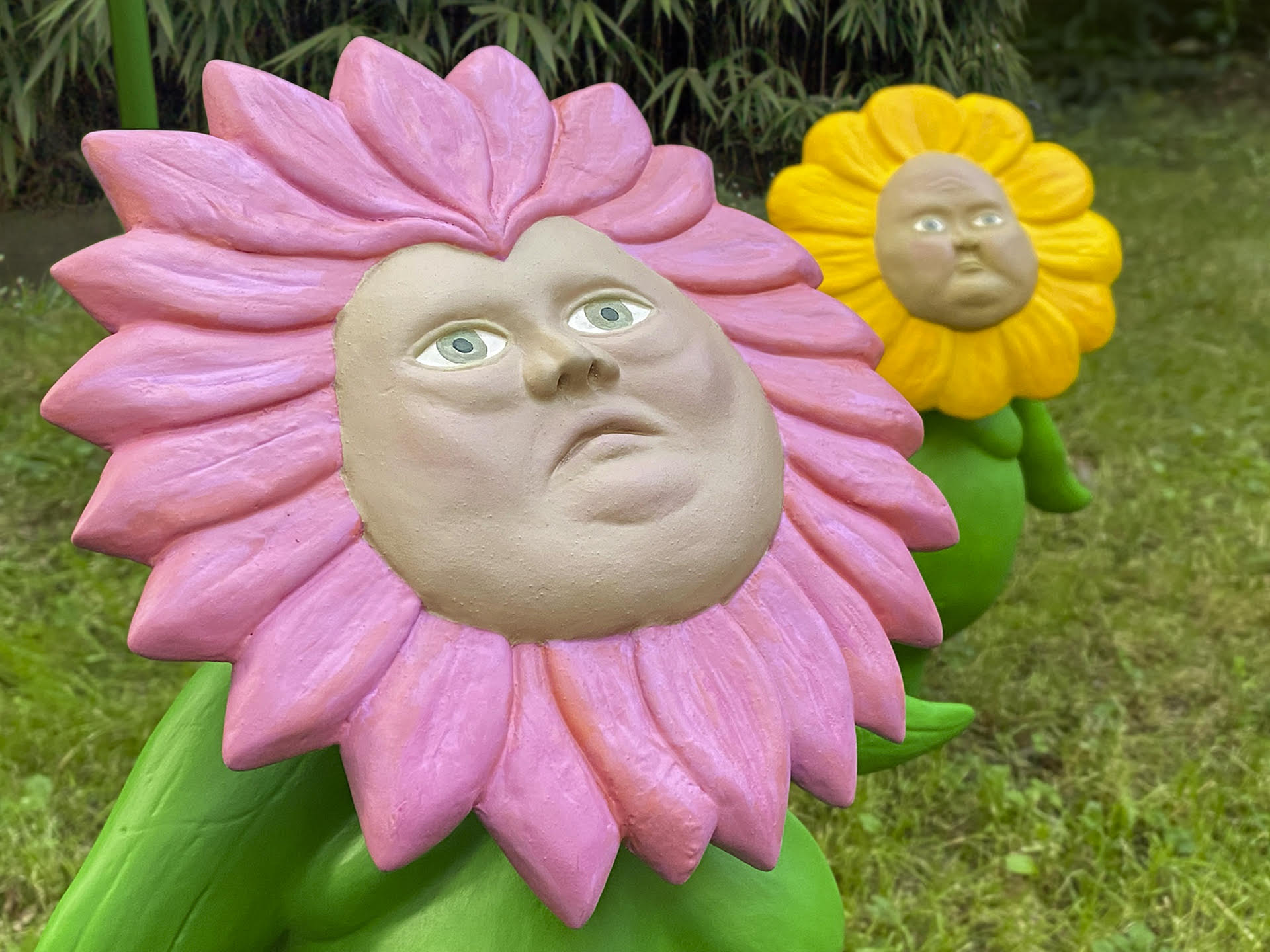 The second intervention of the series is titled “Engulf & Devour”. Hundreds of flowers live, or rather survive, imprisoned in rusty cages. The image of these herded flowers deprived of their living space inevitably reminds the theme of intensive farming or the notorious wet markets and their modus operandi. 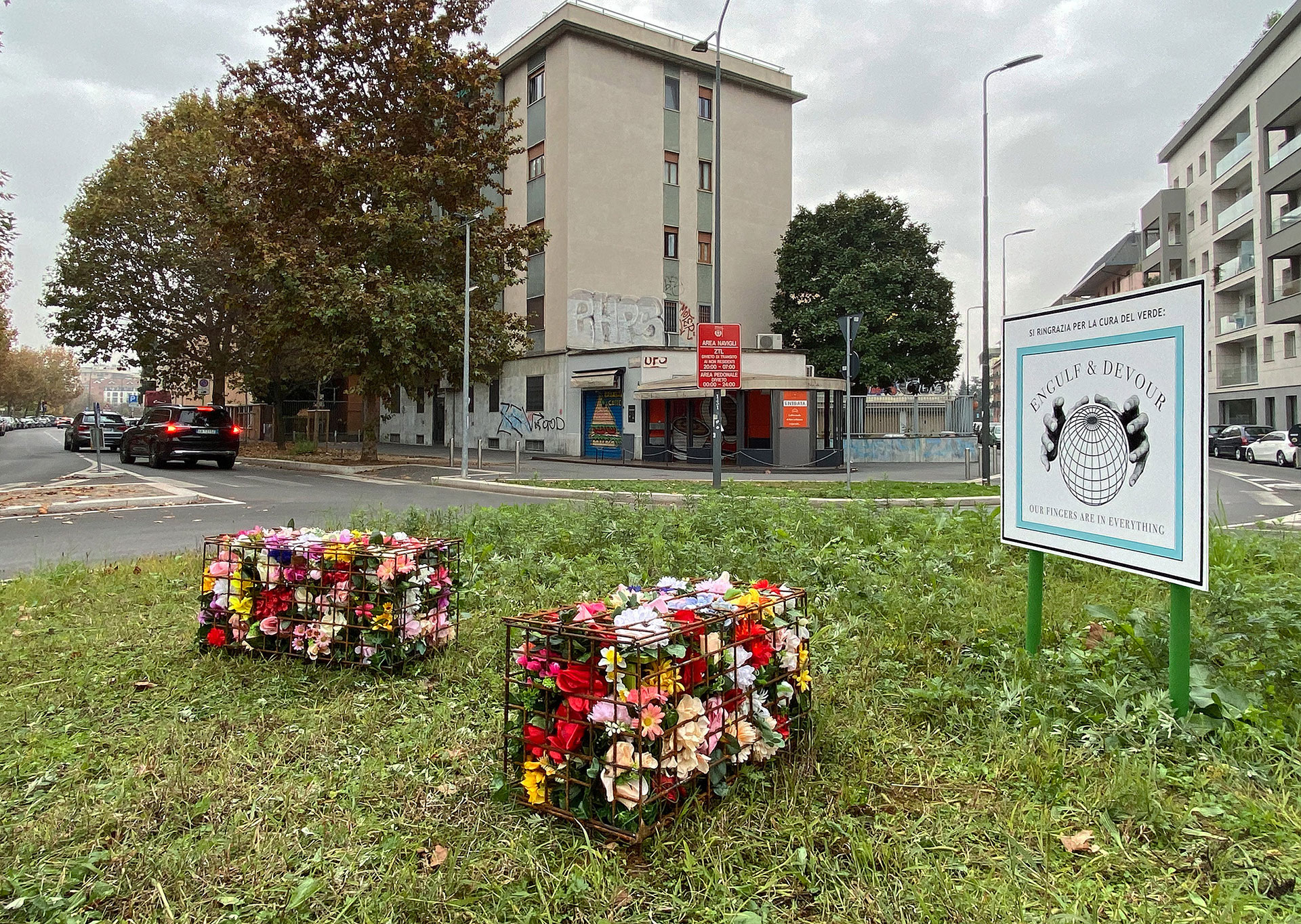 In general terms, the installation is configured as a metaphor for a certain – and dominant – way of interpreting the economy. The idea of infinite growth is in stark contrast to the correct perception of our planet which, on the contrary, is finite by its nature.

The public green area in which the cages are placed is curated by Engulf & Devour, whose motto, Our fingers are in everything, stigmatizes those “ideals” that are often the basis of multinational companies really existing in our society. 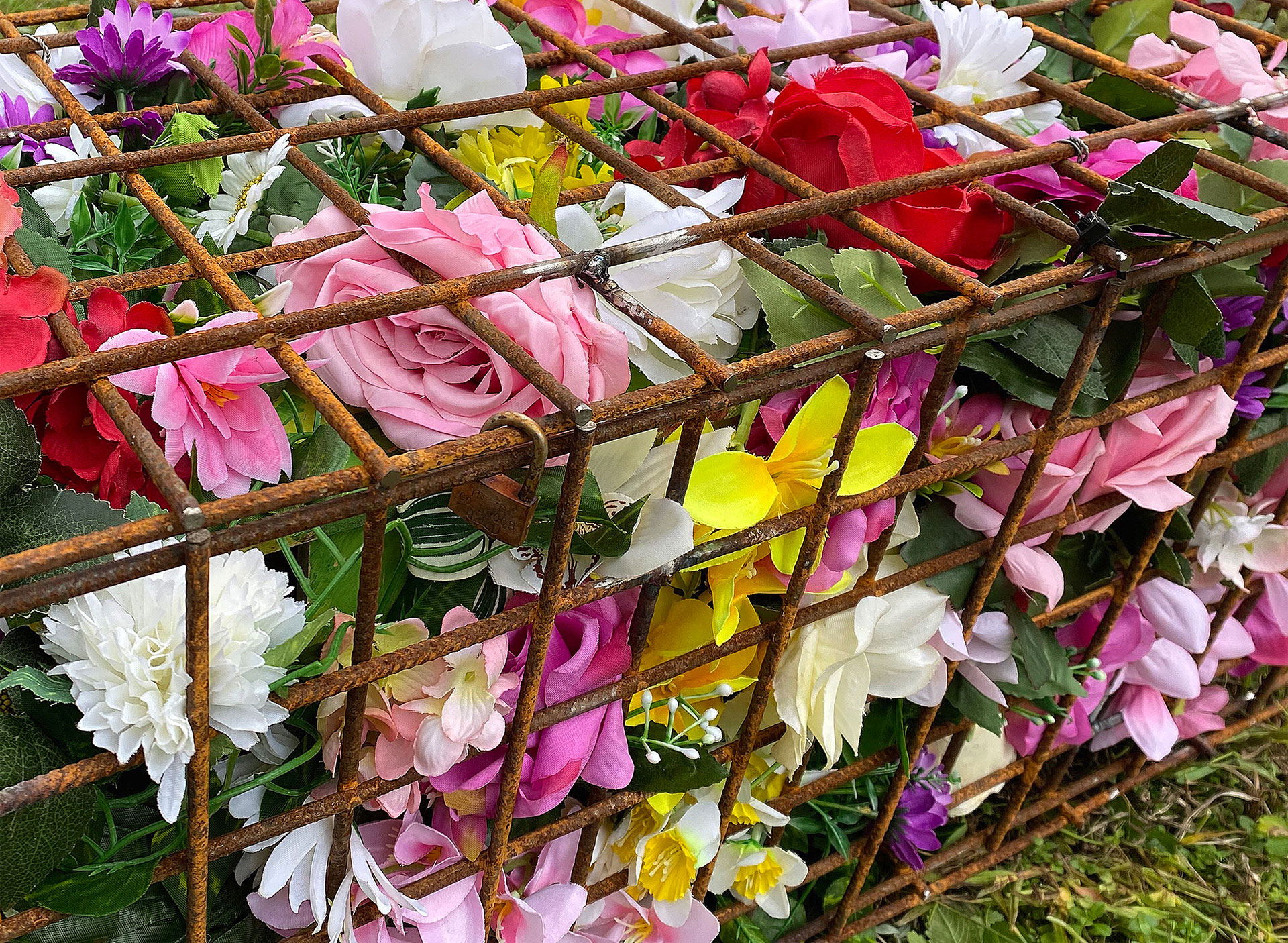 Compared to the first installation “Super Size Flowers” in which the artists talked about the father of all fast food, Engulf & Devour is an imaginary company and it’s a direct quote from the famous “Silent movie” by Mel Brooks.

In the movie, Engulf & Devour is a company that wants to annex, using any means, a film production company to obtain the monopoly of communication. It’s singular how in this context, while maintaining its ironic and desecrating side, it assumes more universal and contemporary meanings, offering new food for thought on topics discussed, without concrete solutions, during the recent COP26.

Take a look below for more photos of Apocalypse Trilogy. 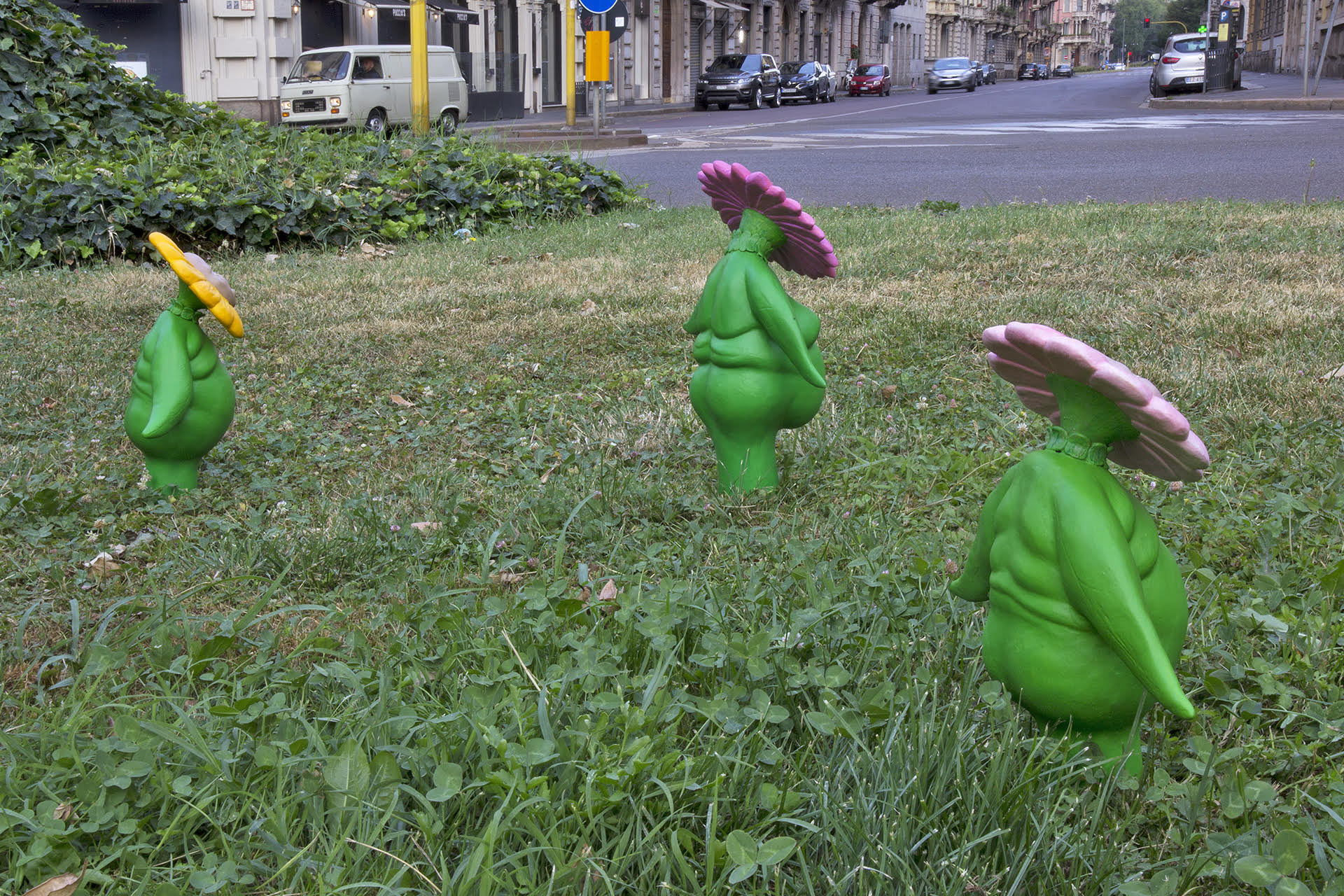 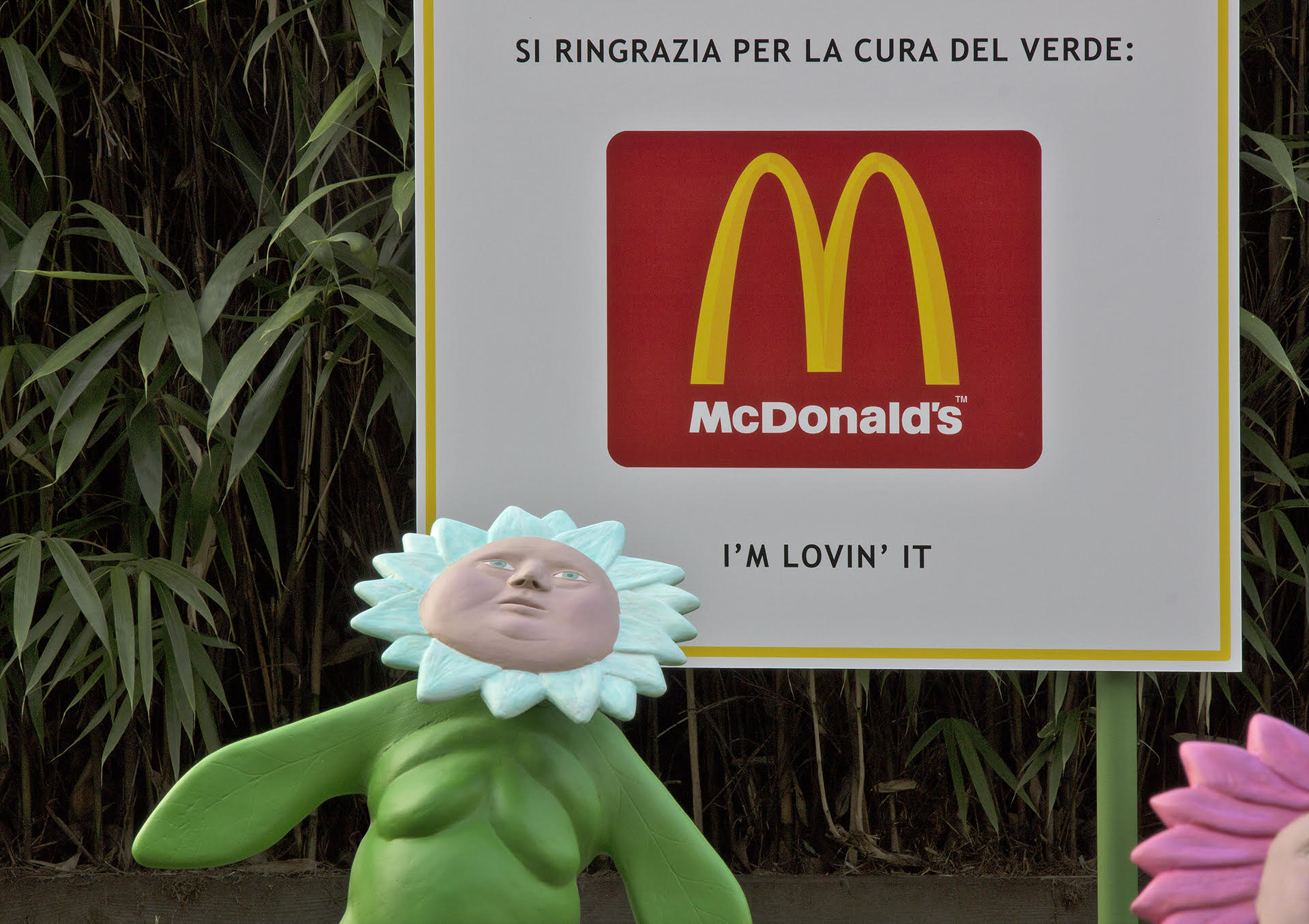 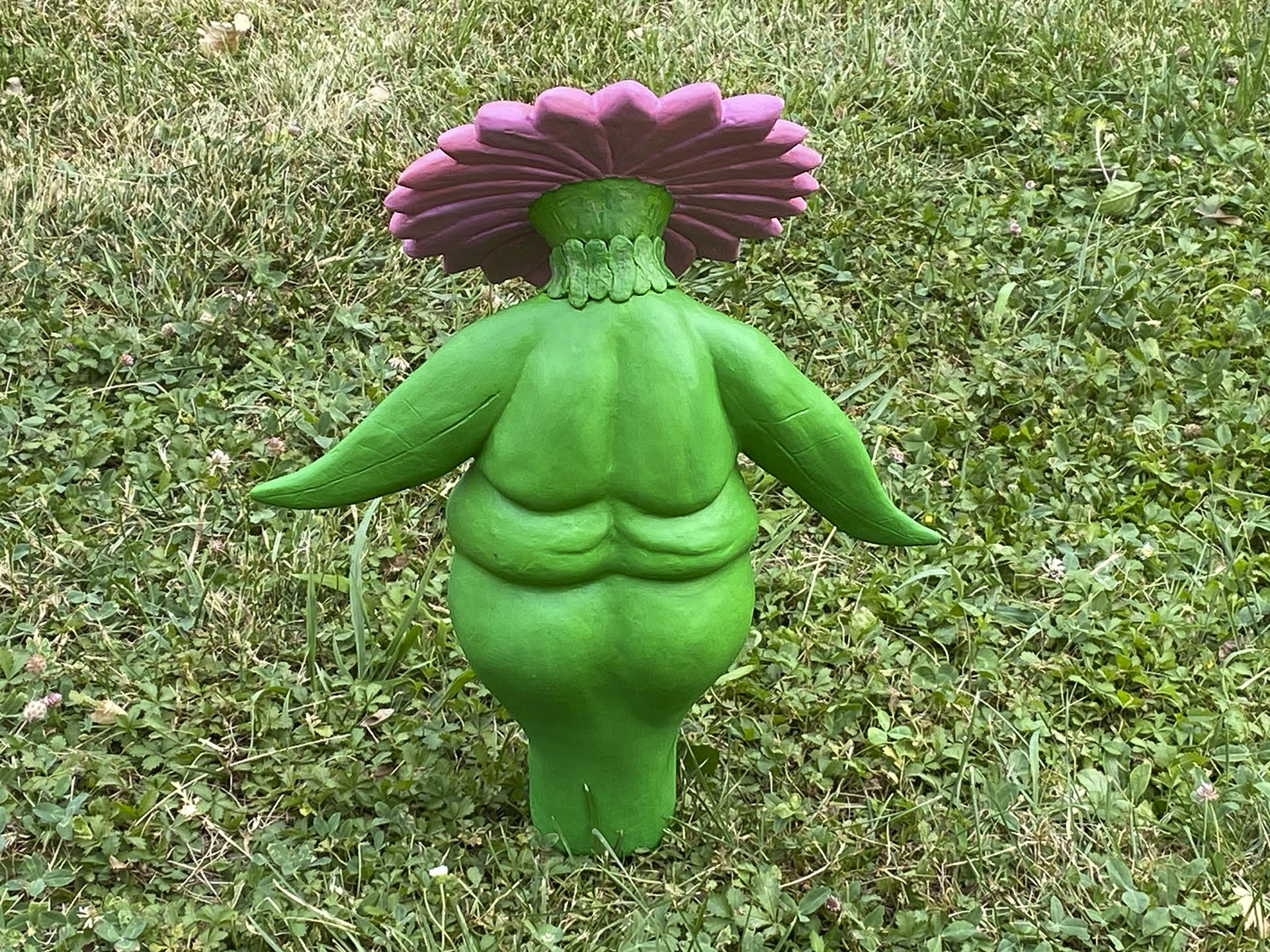 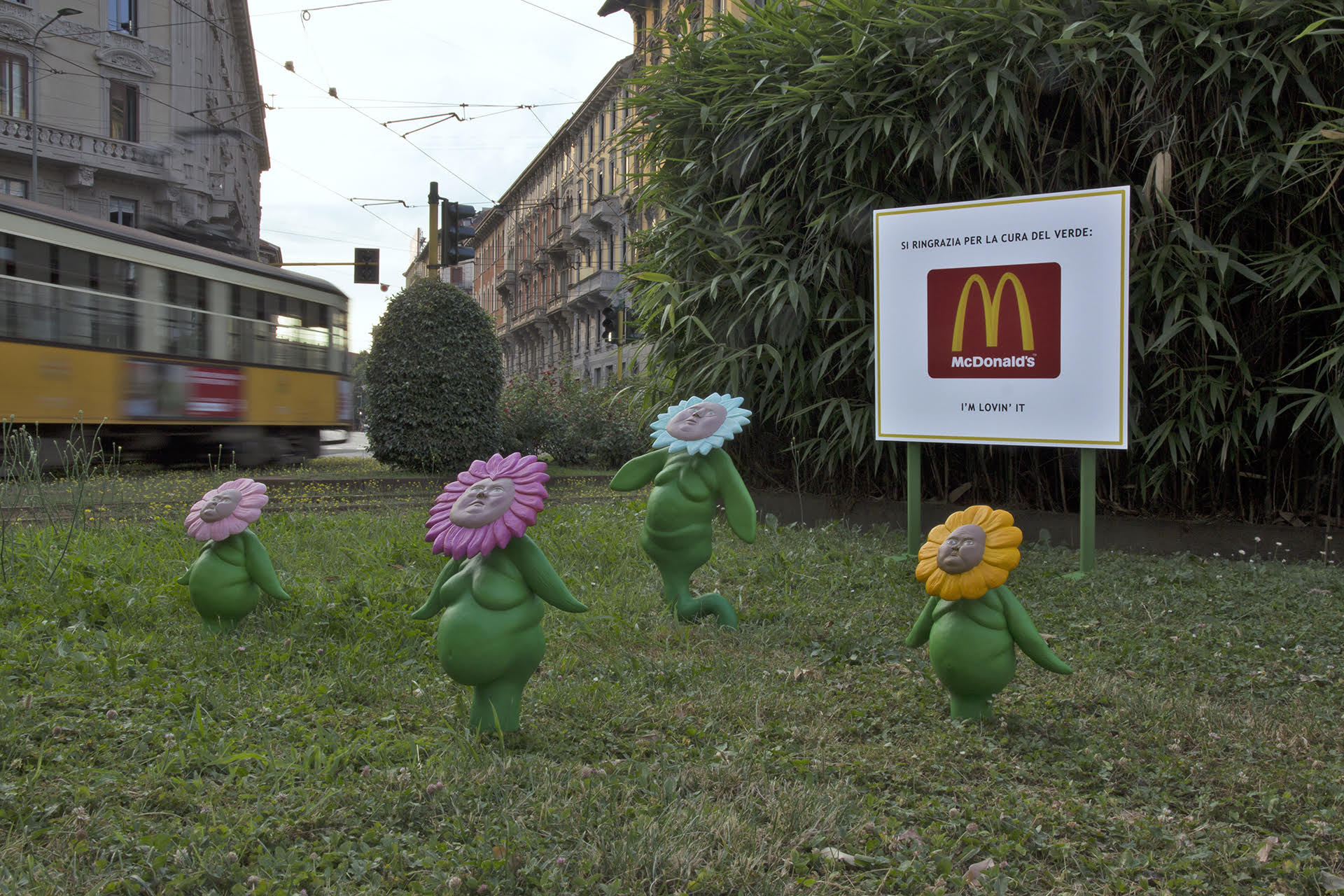 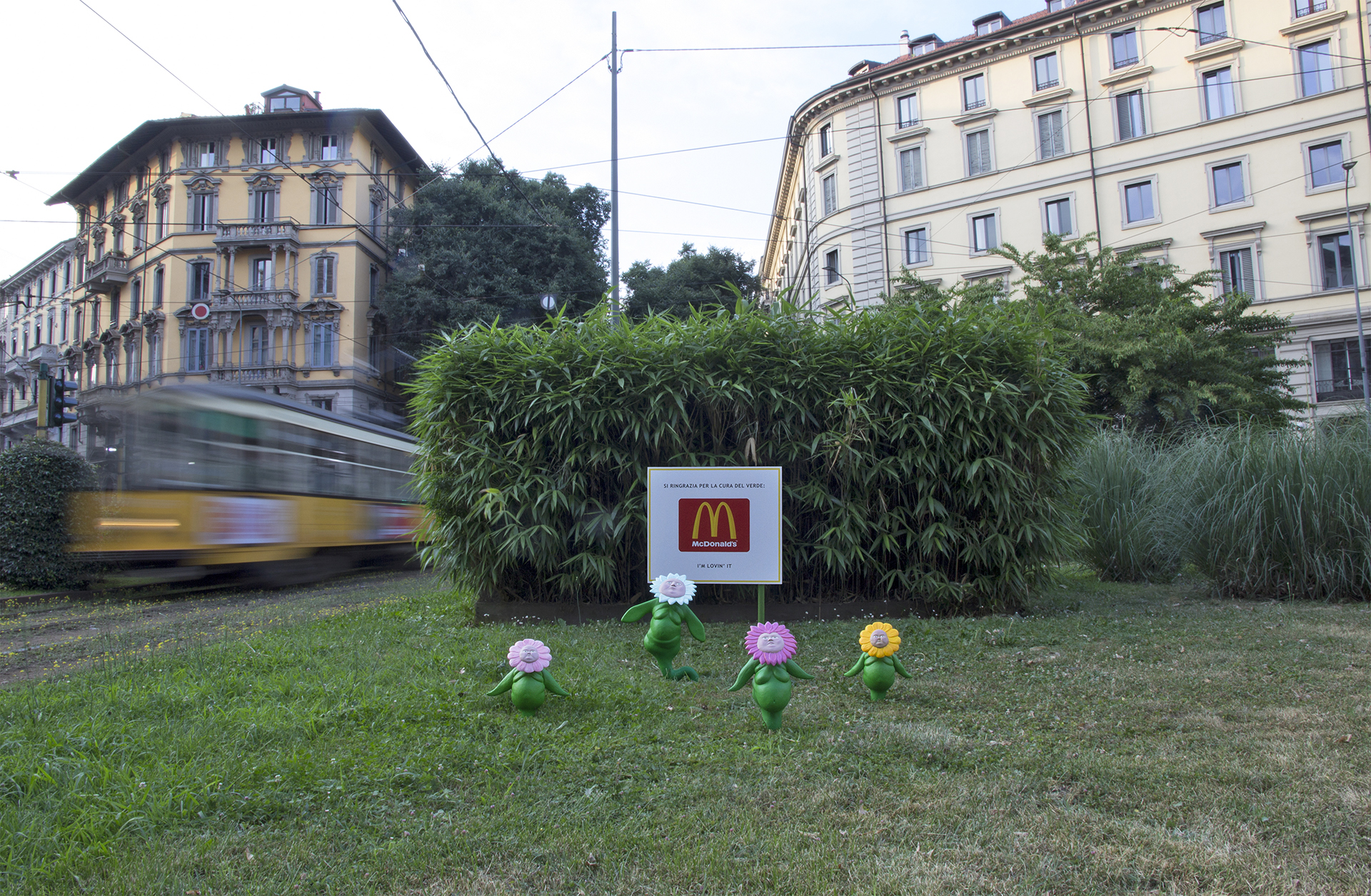 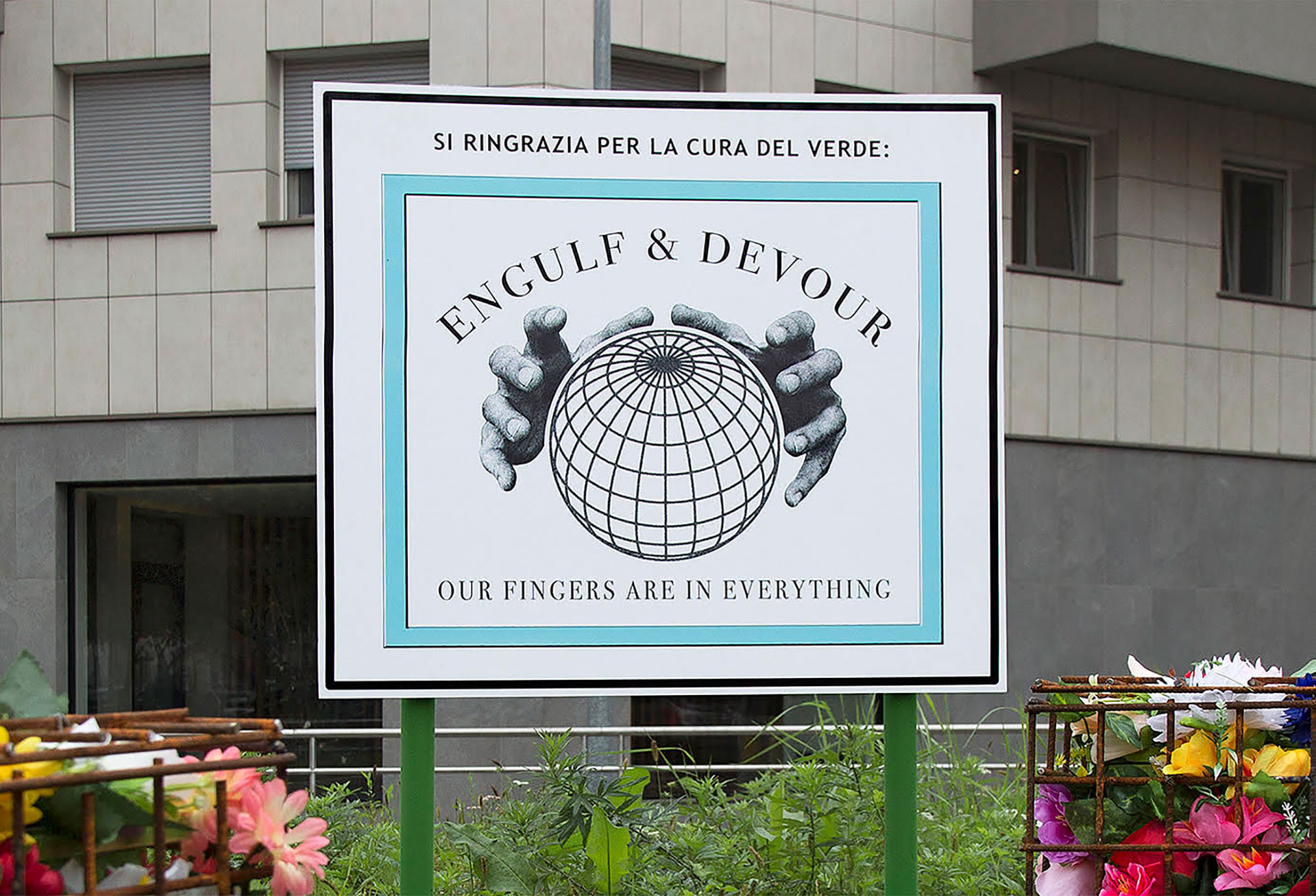 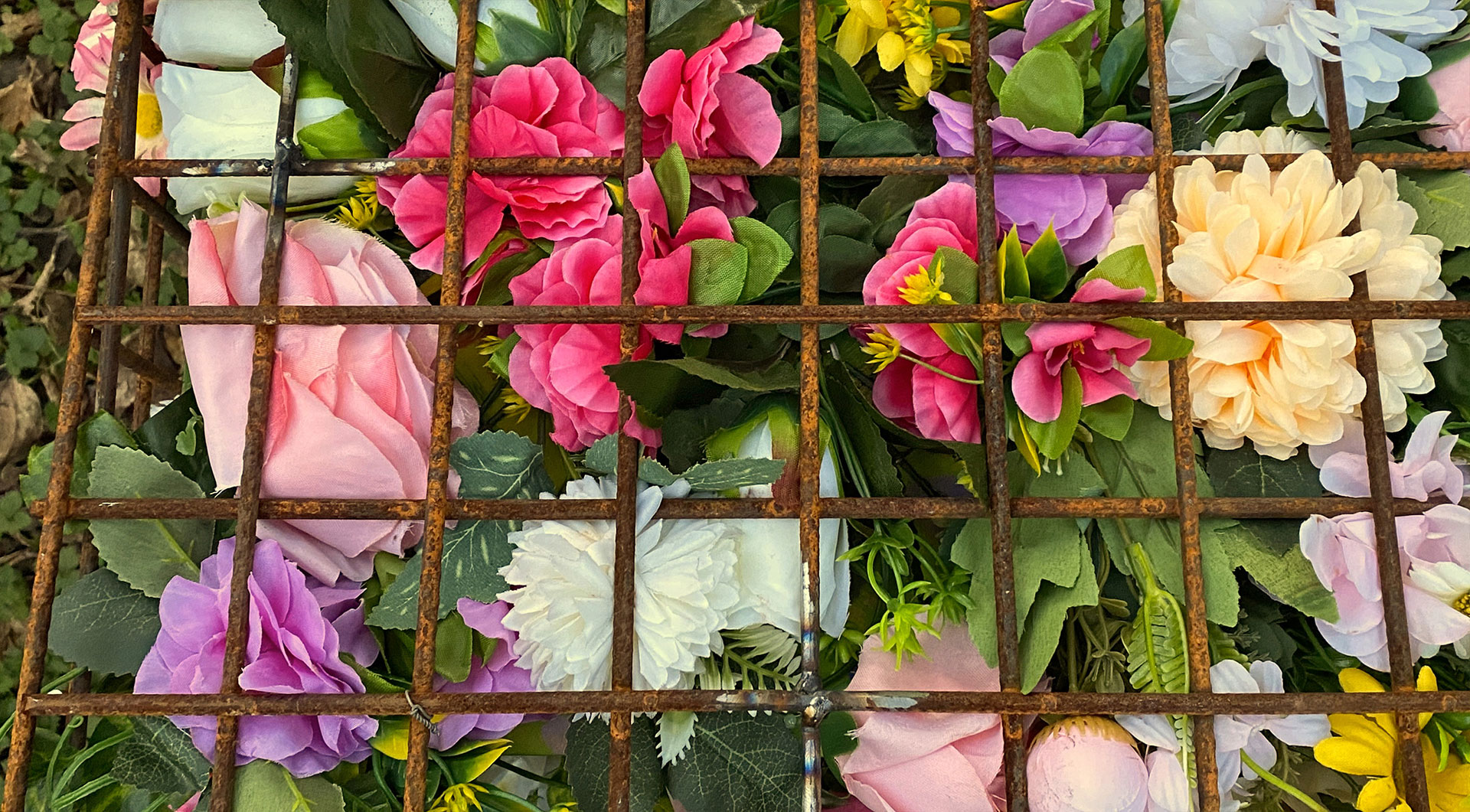 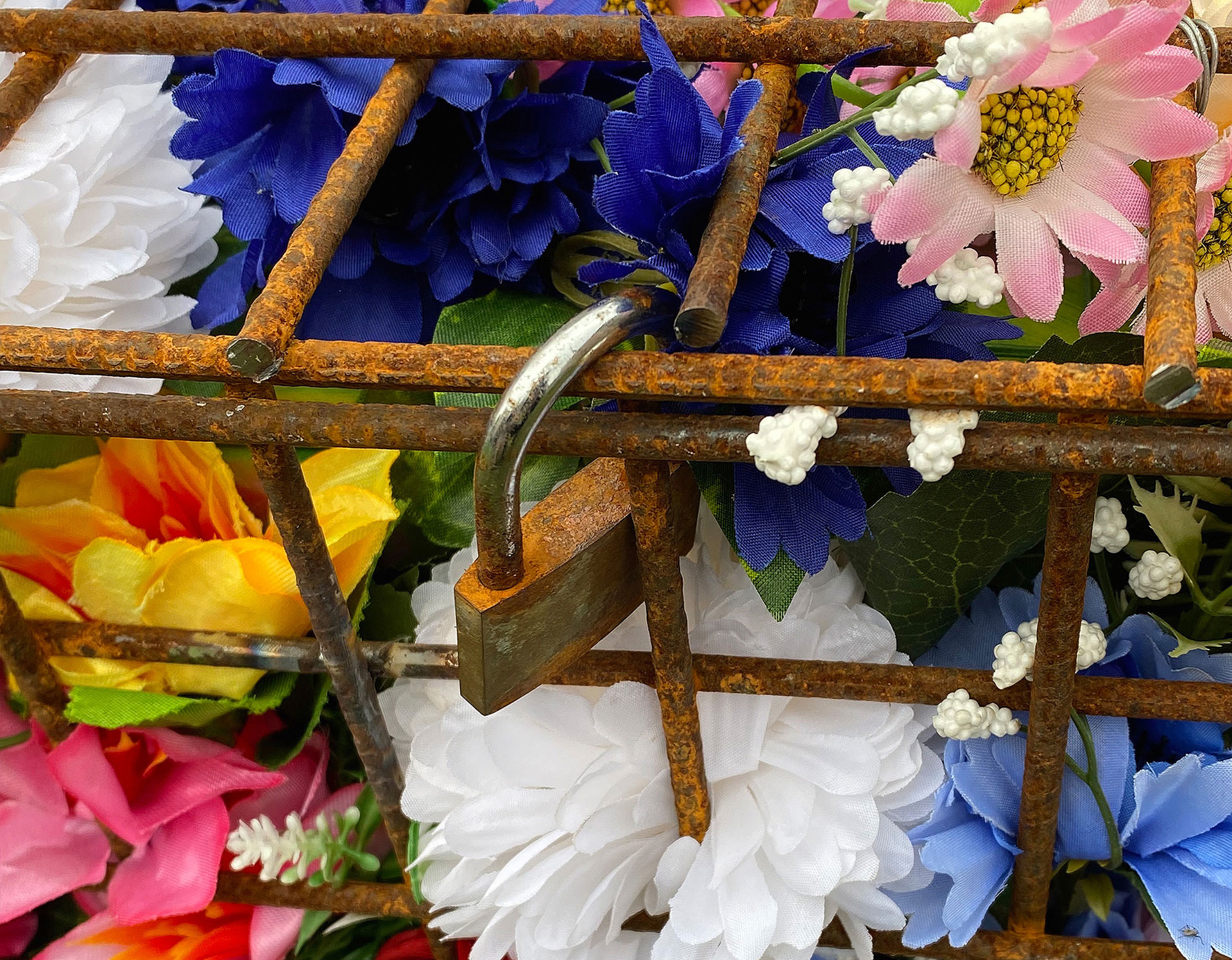 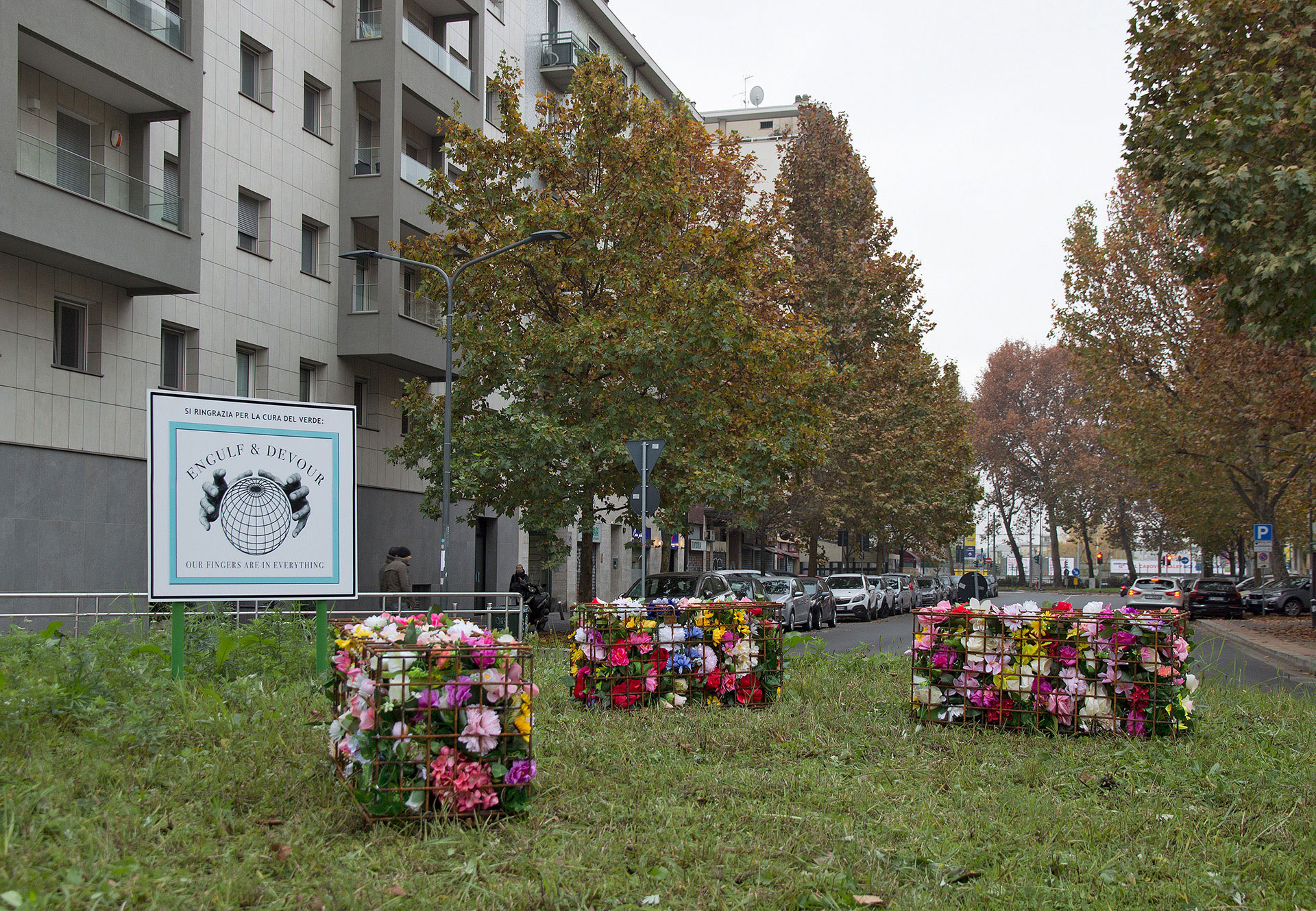 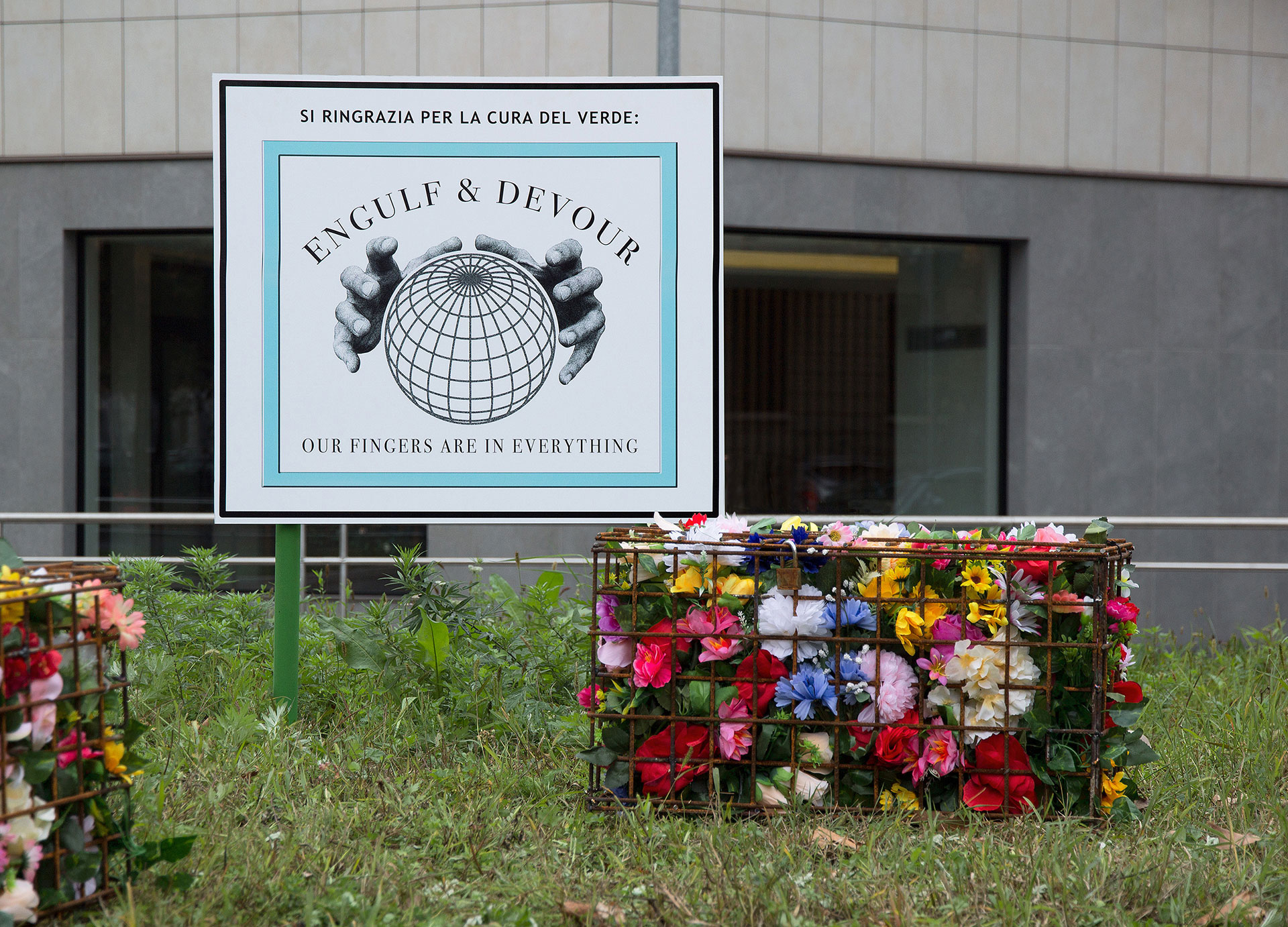 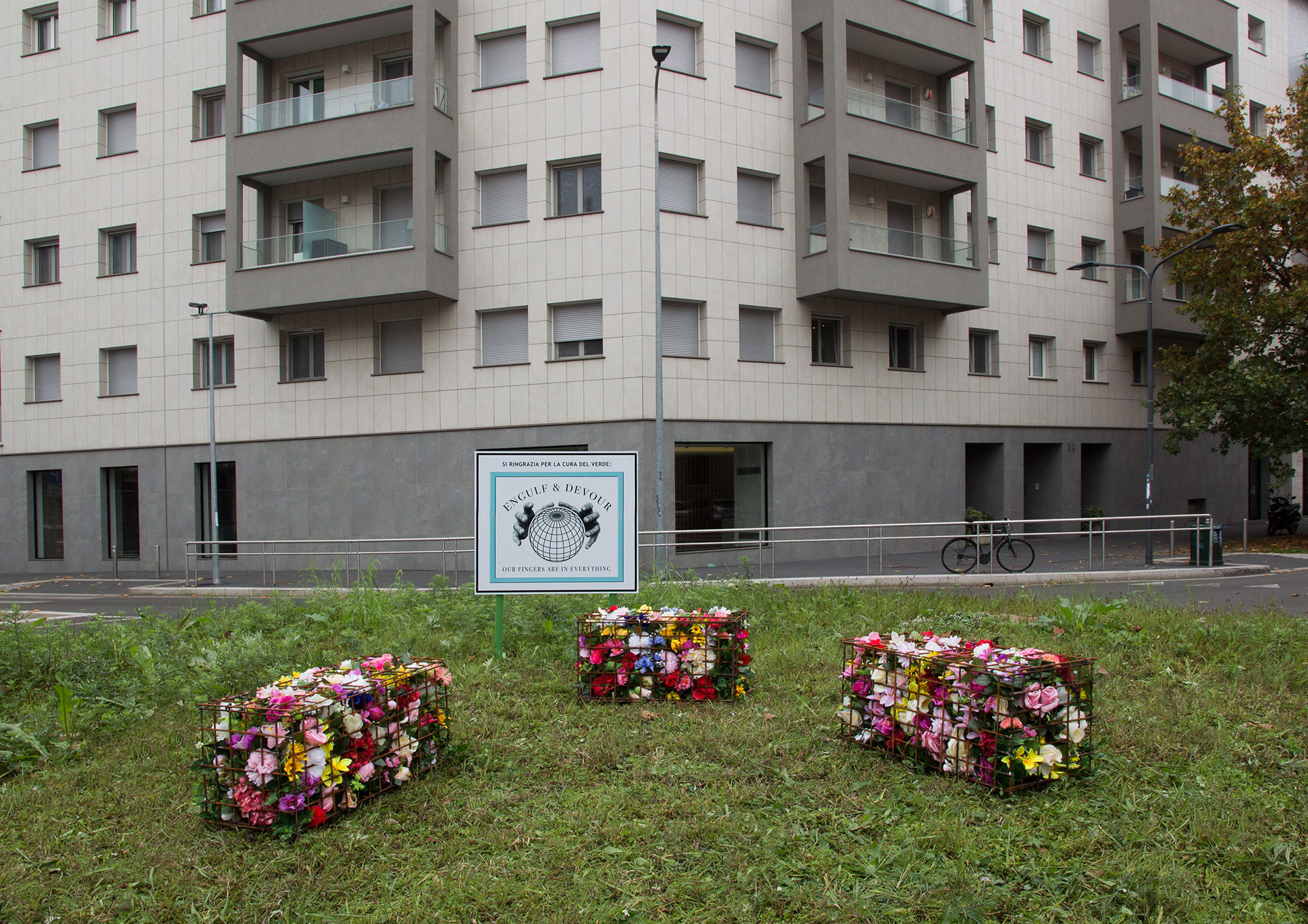