Unveiled during Sydney, Australia’s lockdown mid-2021, the major public works sees the façade of a late 19th century Victorian terrace home pierced with beams of light – highlighting the building’s dilapidated condition, and attempting to jolt it back to life. 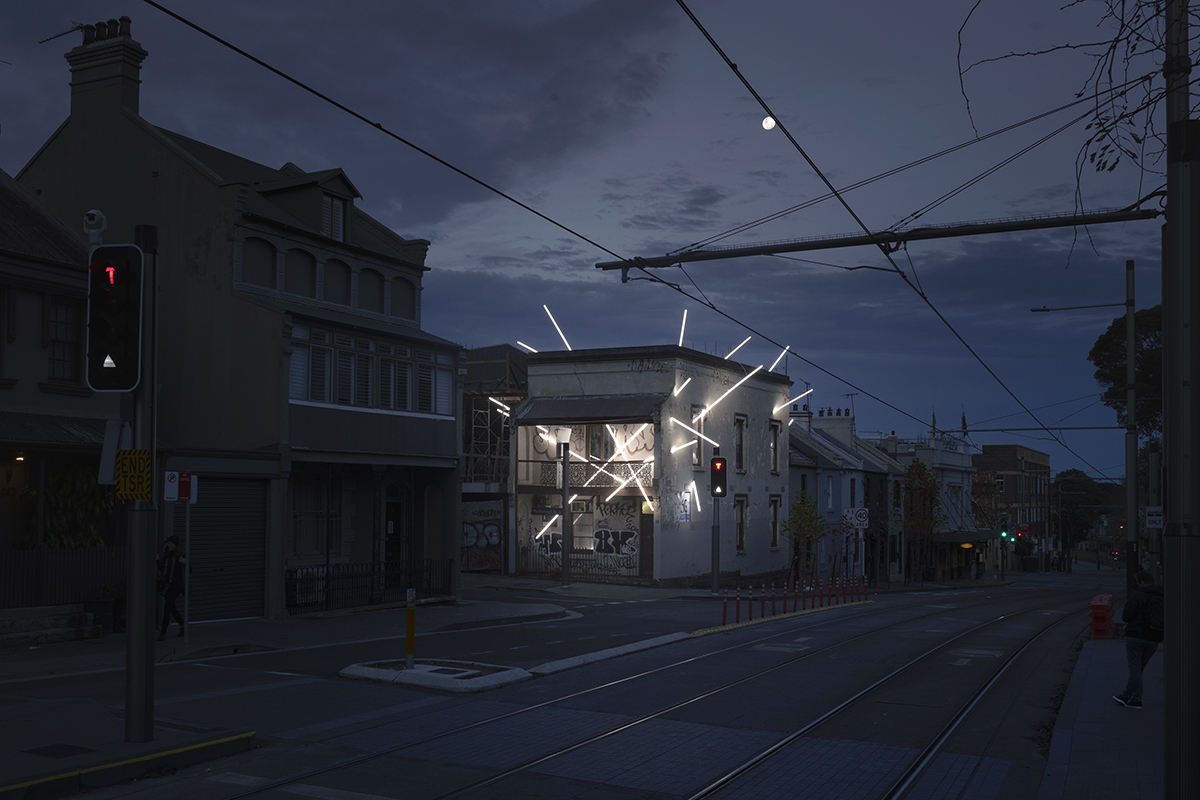 Located in the heart of the quintessentially Sydney suburb of Surry Hills, LIGHT INTERSECTIONS II was commissioned by the City of Sydney as part of their Art & About public art series. A collaborative project with design firm OFFICE and production company Scoundrel Projects, the final works is accompanied with essay ‘Threads of Vision‘ by Melbourne University associate professor in architecture (curatorial design and practice) and design advocate for the Mayor of London, Rory Hyde (previously the curator of contemporary architecture and urbanism at the Victoria and Albert Museum). 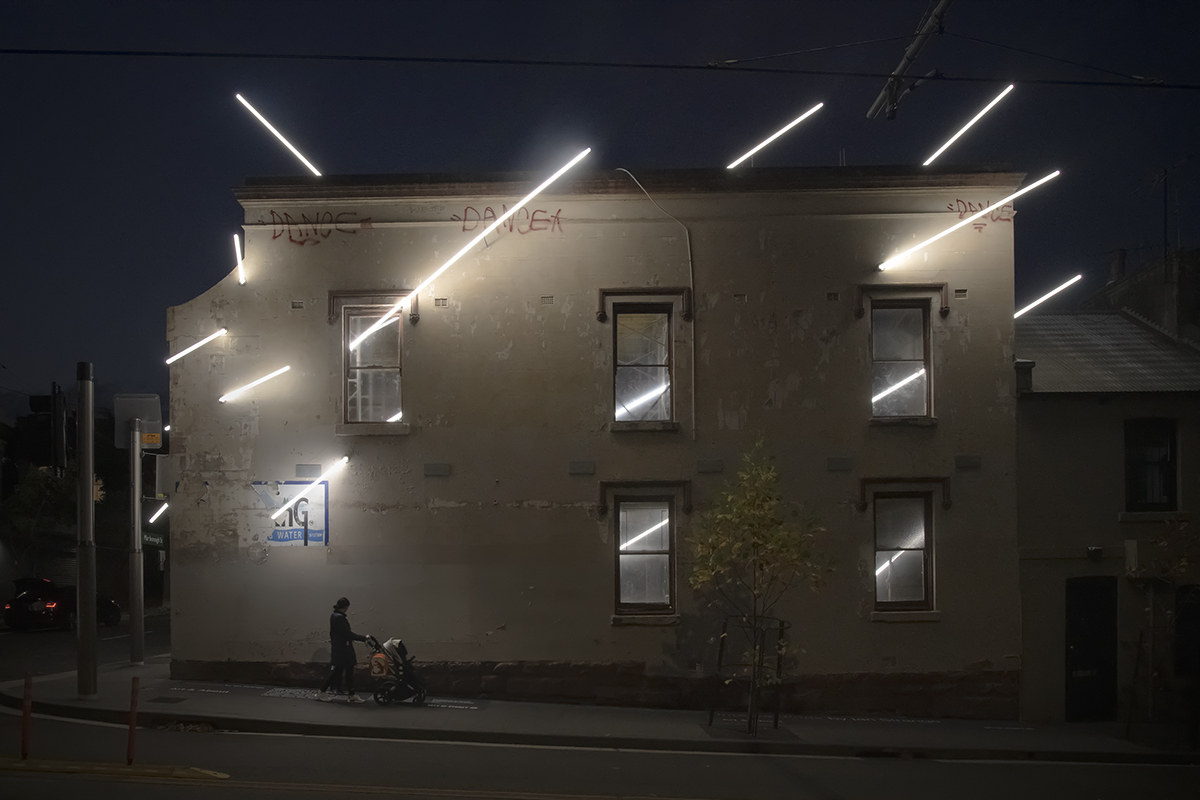 Strange – one of Australia’s most successful artistic exports – is best known for his exploration and interrogation of the concept of ‘home’ through superscale artworks and architectural interventions, resulting in photography, sculpture, installation, film and documentary works and exhibitions.

A continuation of Strange’s Lyon Housemuseum 2019 installation, LIGHT INTERSECTIONS II has taken the lines in this installation from the perspective lines in the building itself, abstracting them and inserting back into the architecture itself as light beams. 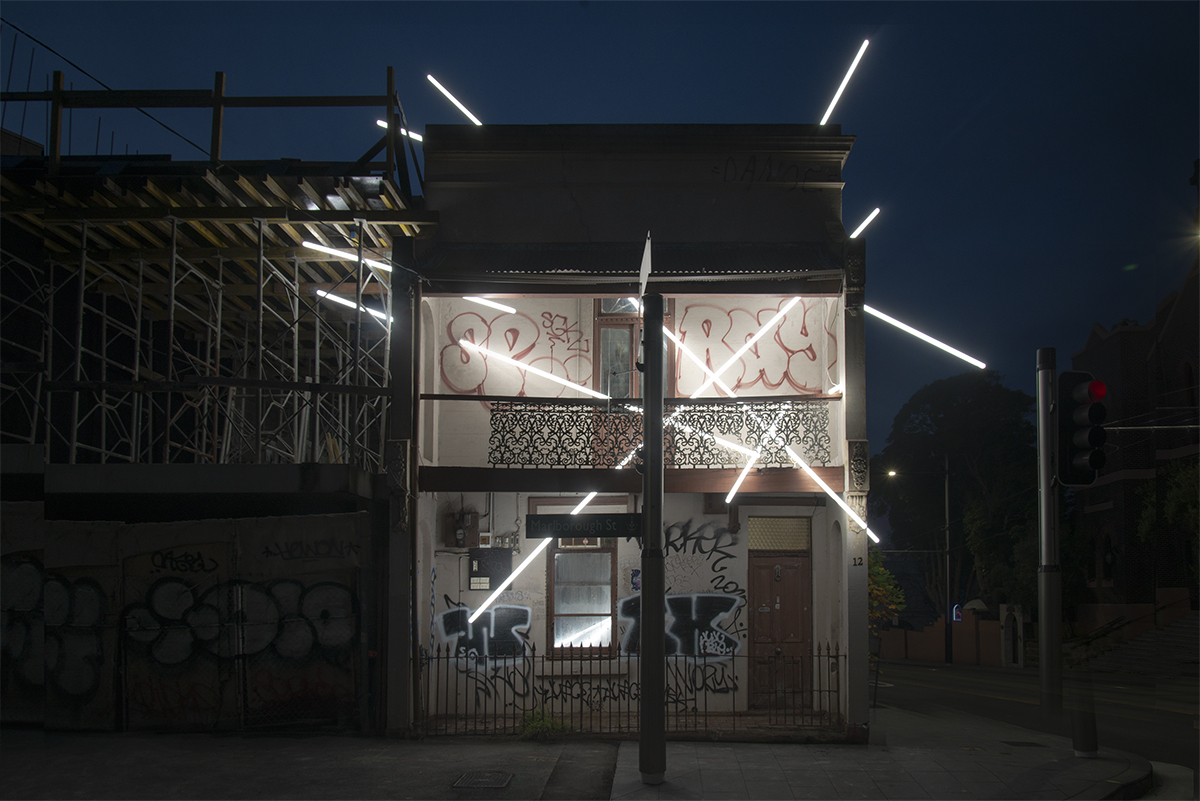 For this works, Strange explores the hand-drawn line in the landscape. He is particularly interested in perspective lines and their relationship to art and architecture as a way of understanding, interpreting and affecting landscape.

The beam of light in this architectural intervention appears to puncture the building across two perspective planes, piercing the roof and façade, as well as penetrating the interior rooms, stairwells, and balcony. 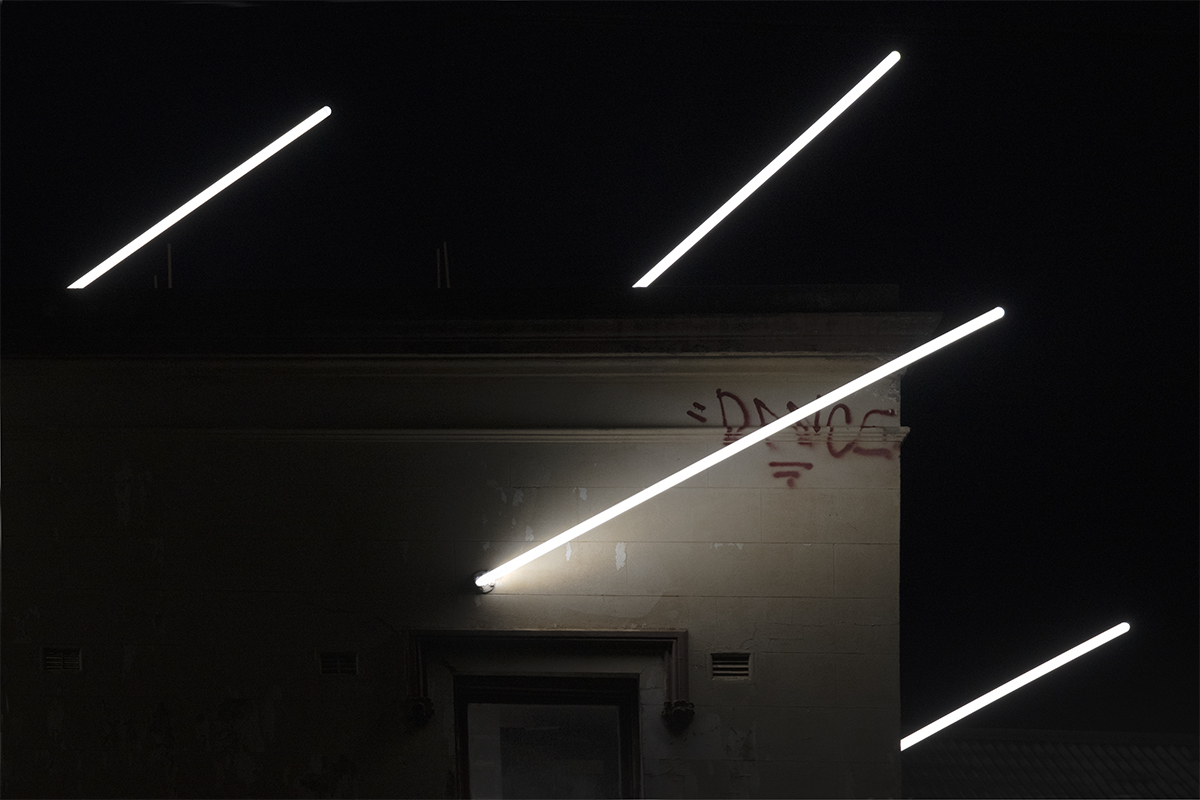 LIGHT INTERSECTIONS II was created with architects and design team OFFICE, who worked with Strange to custom design over 120 meters of LED lighting and engineered steel to create the illusion of the light beams. The lighting installation intersected the interior and exterior of the two-storey terrace home. The lights were suspended through the interior of the building and cantilevered up 3.5m off the building’s façade. 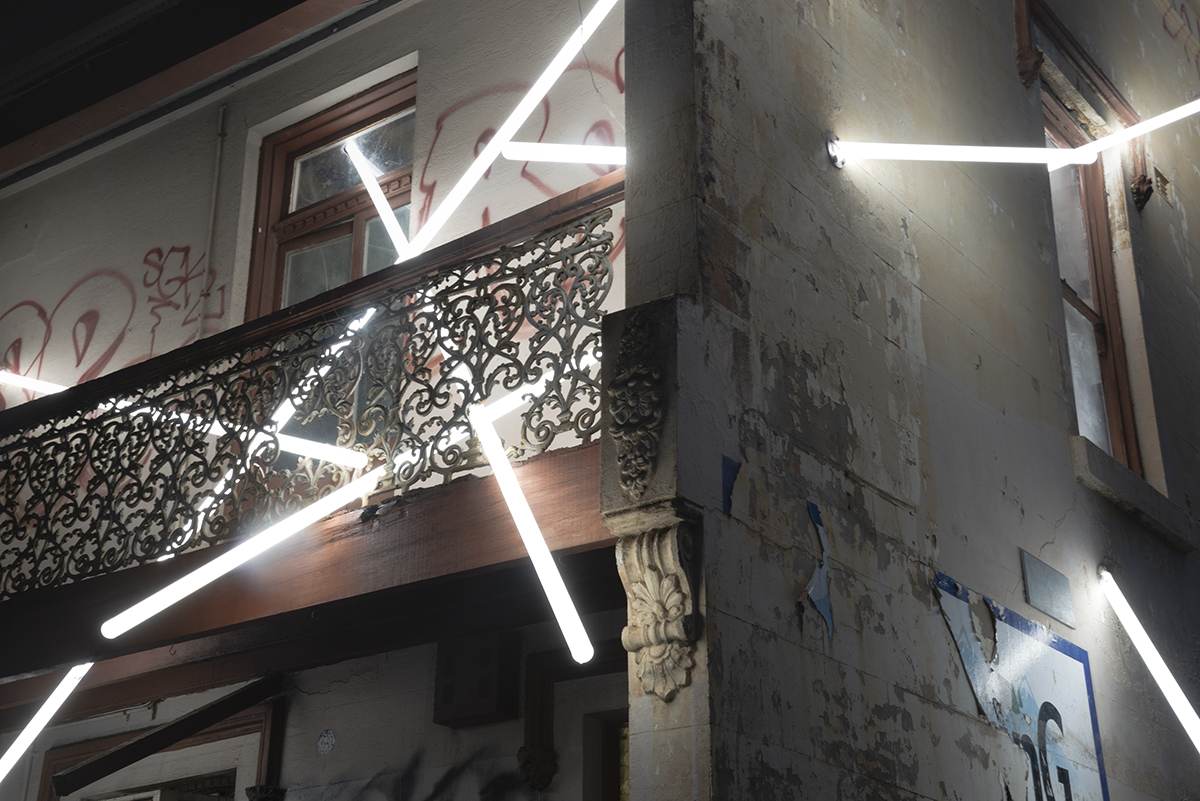 “The work is a continuation of an installation I created at the Lyon Housemuseum in 2019. The work inserted custom lines of light through the old and new museum buildings, and it began my interest in these kinds of light installations.”

“The lines of light in Intersections are an attempt to place abstracted perspective lines back into the environment. These drawn perspective lines don’t appear in nature, but are staples in both painting, drawing, and architecture, used as a way of containing, representing, and changing the natural environment.”

“All of my projects come from a drawing practice, so I have always been interested in how the drawn line then manifests itself in the real world – in particular, how perspective lines are used by architects and artists to interpret and also change the landscape. The lines of light in these works are a way of abstracting and putting these perspective lines back into the landscape.”

Scroll down below for more photos of the project. 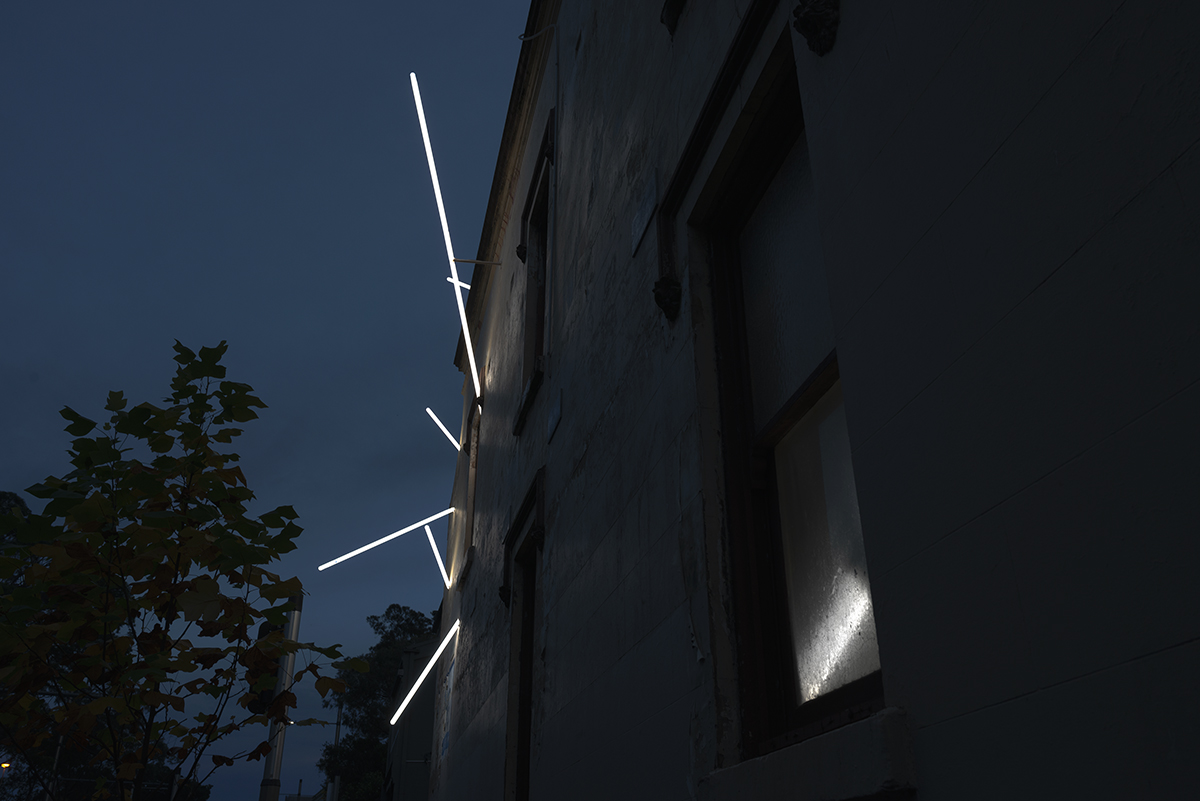 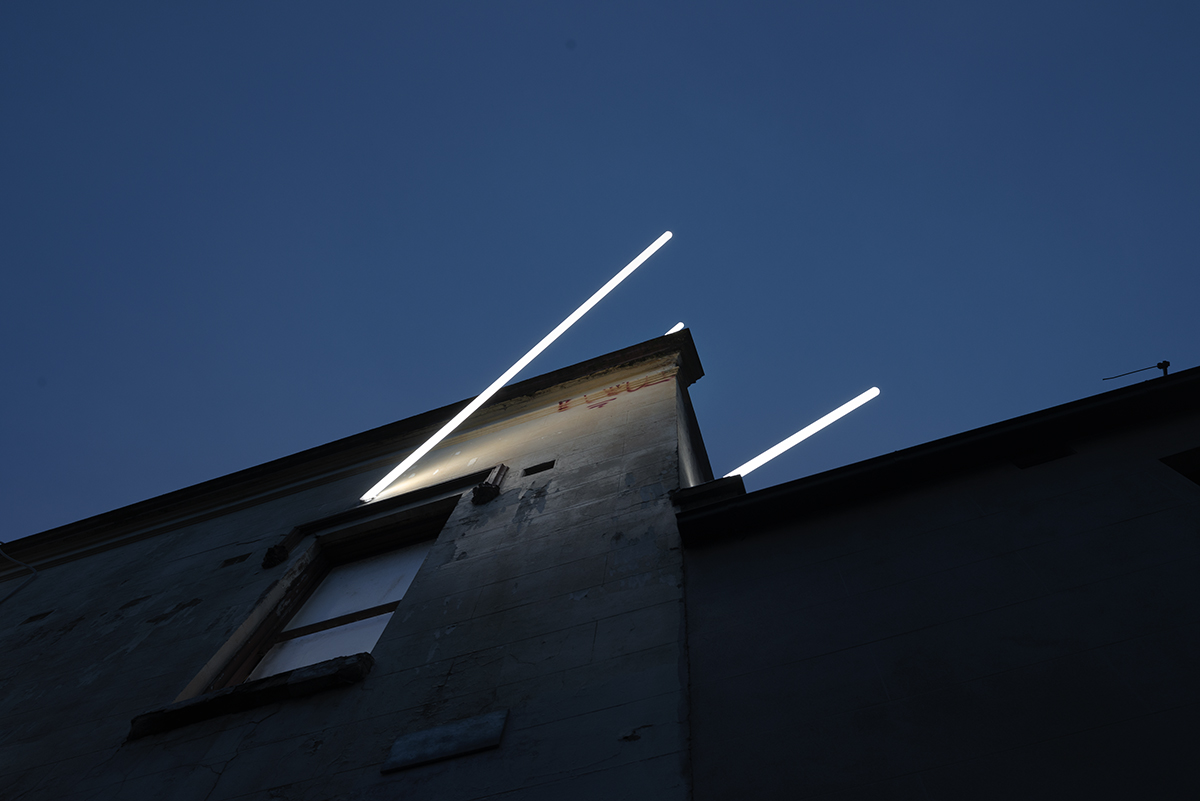 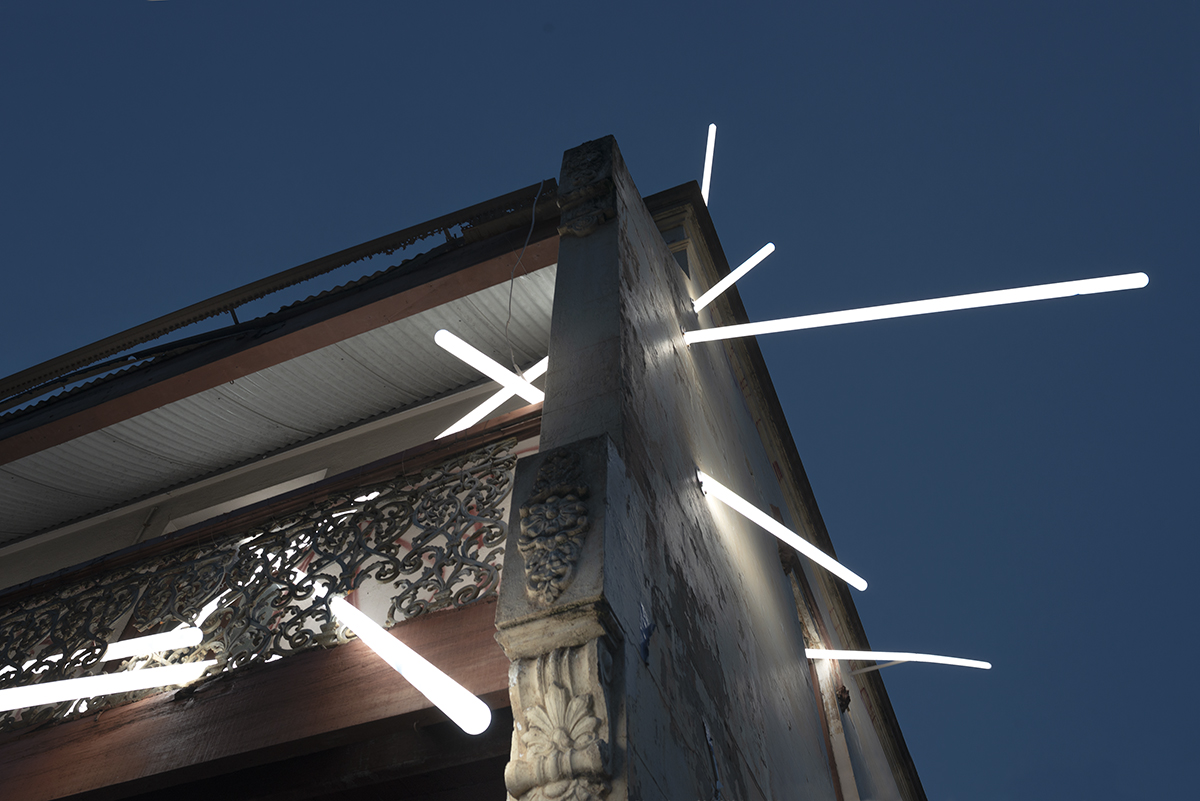 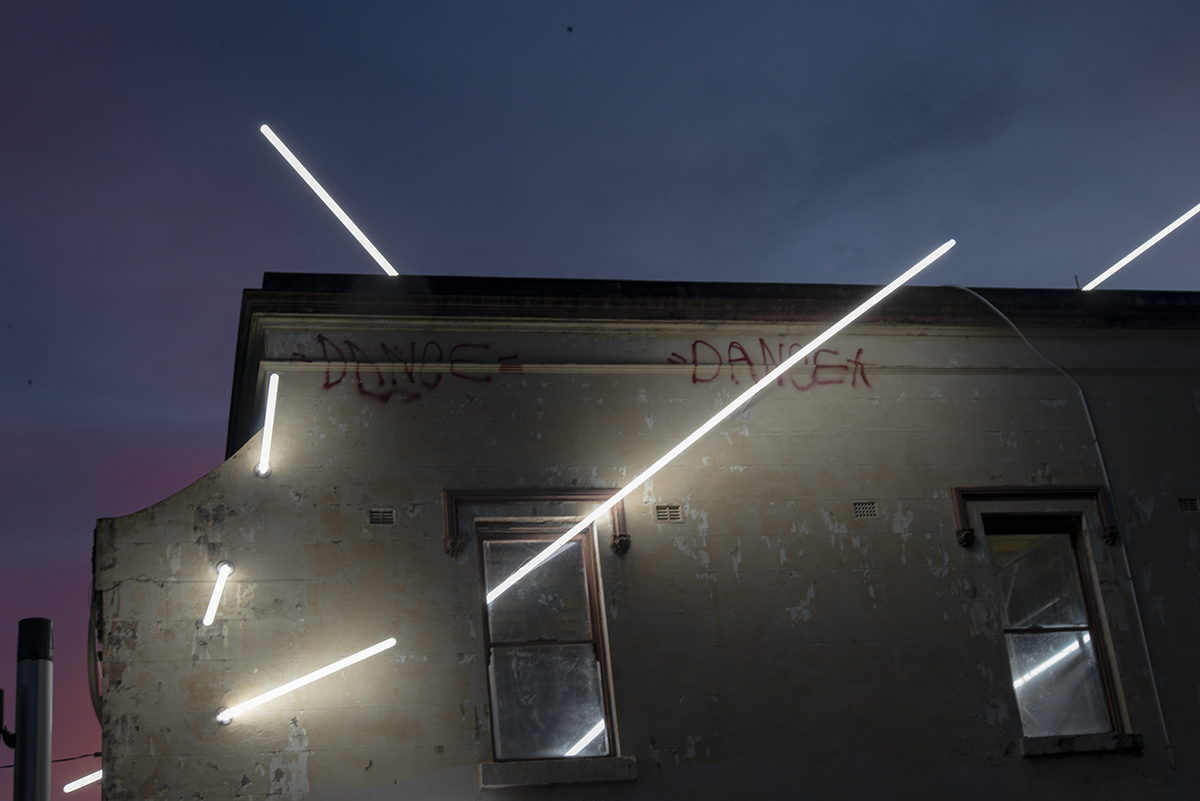 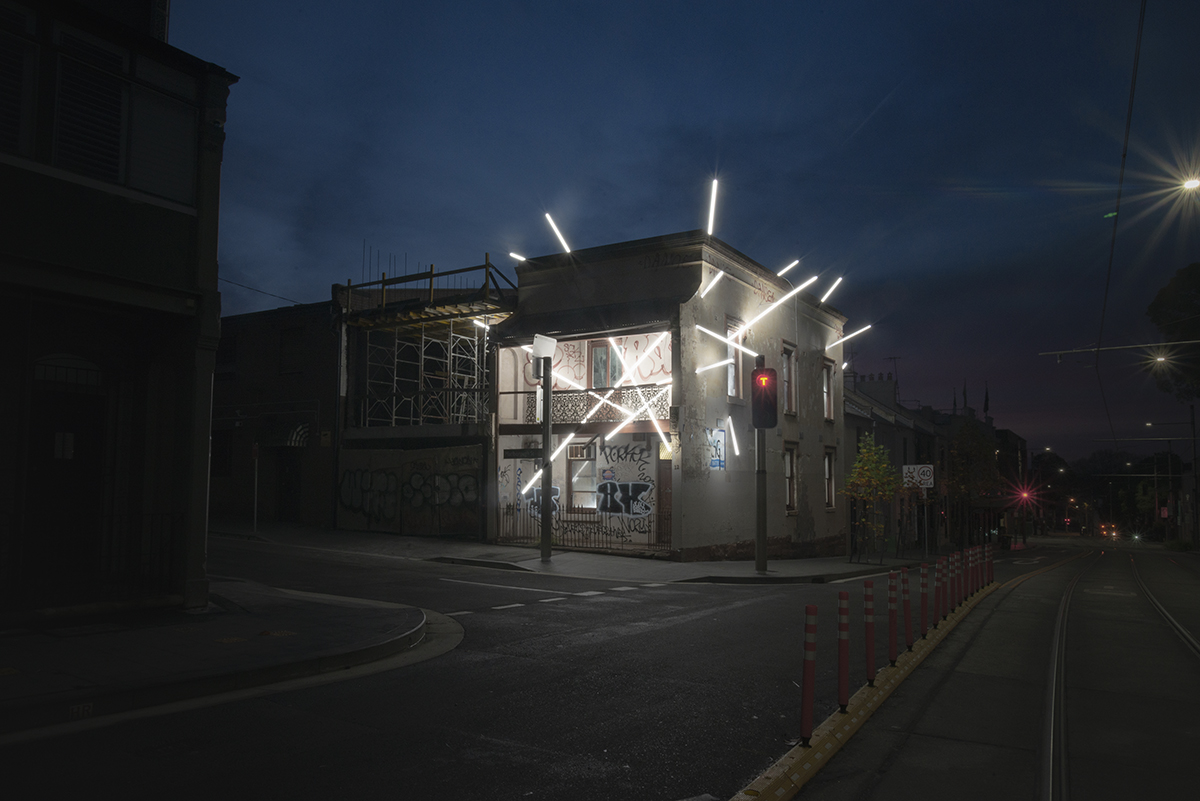 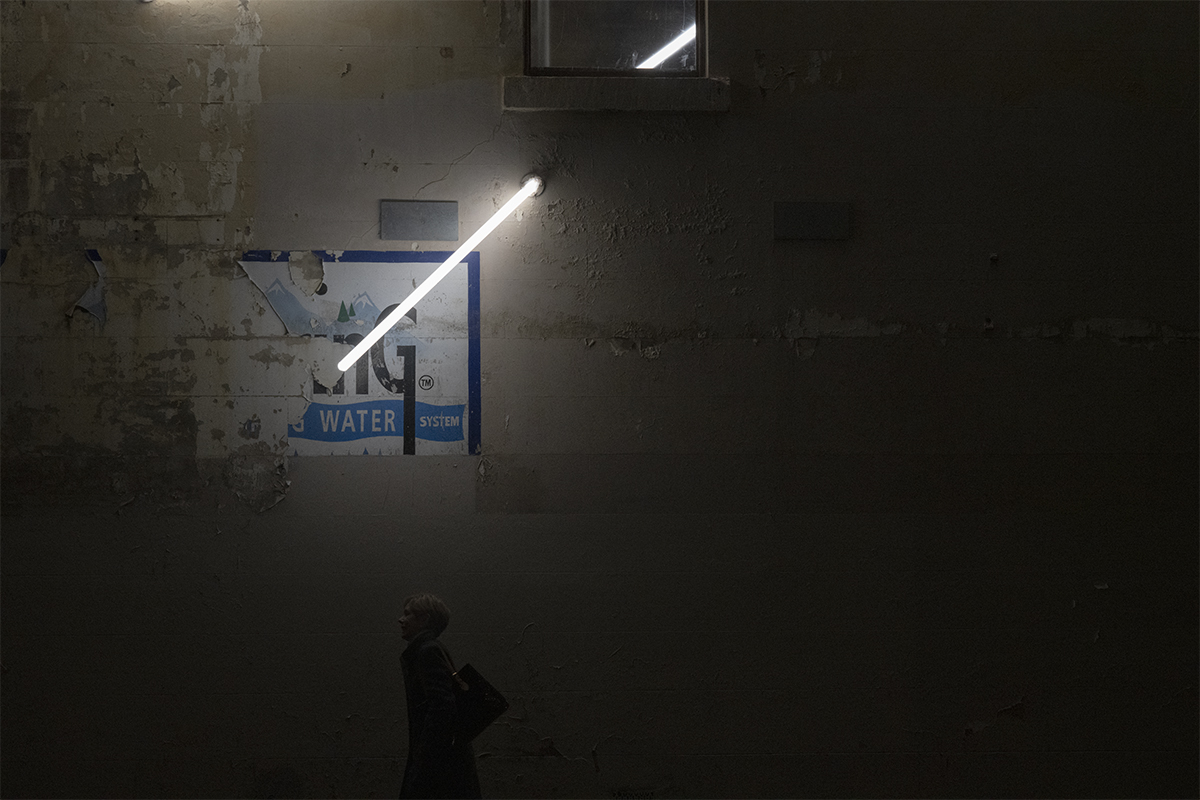 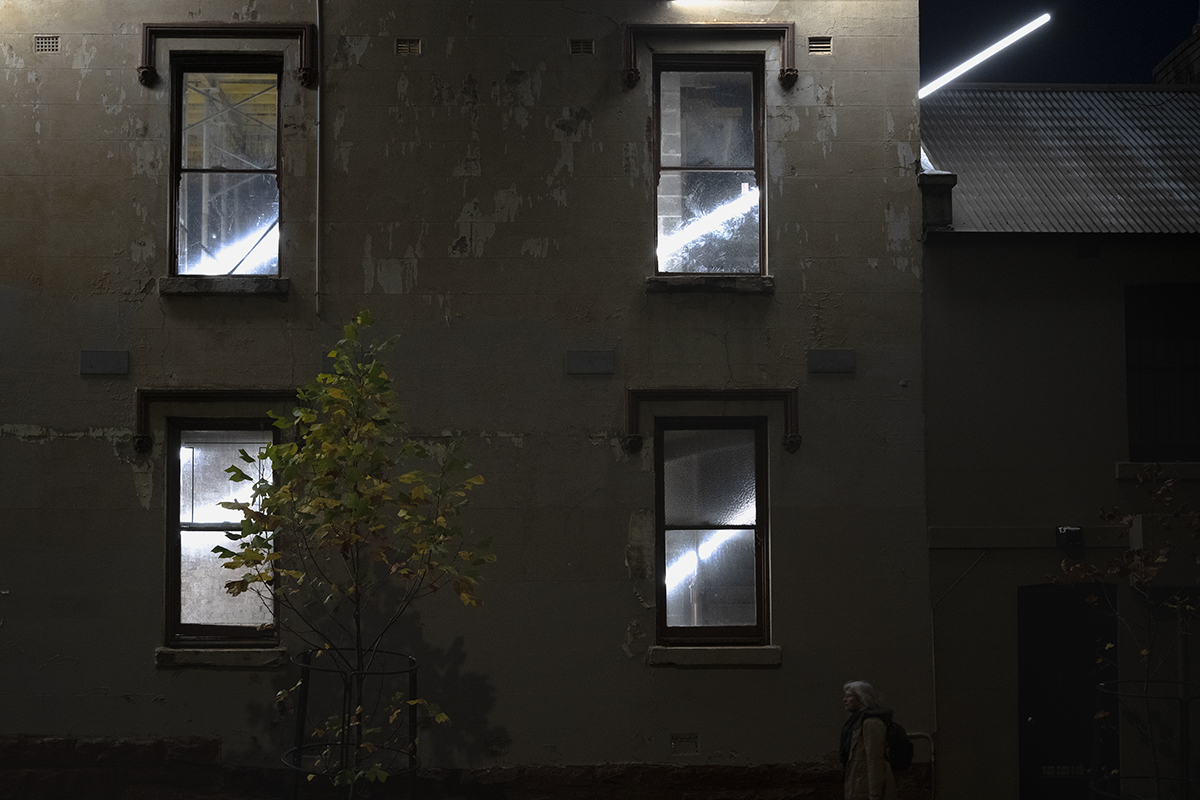