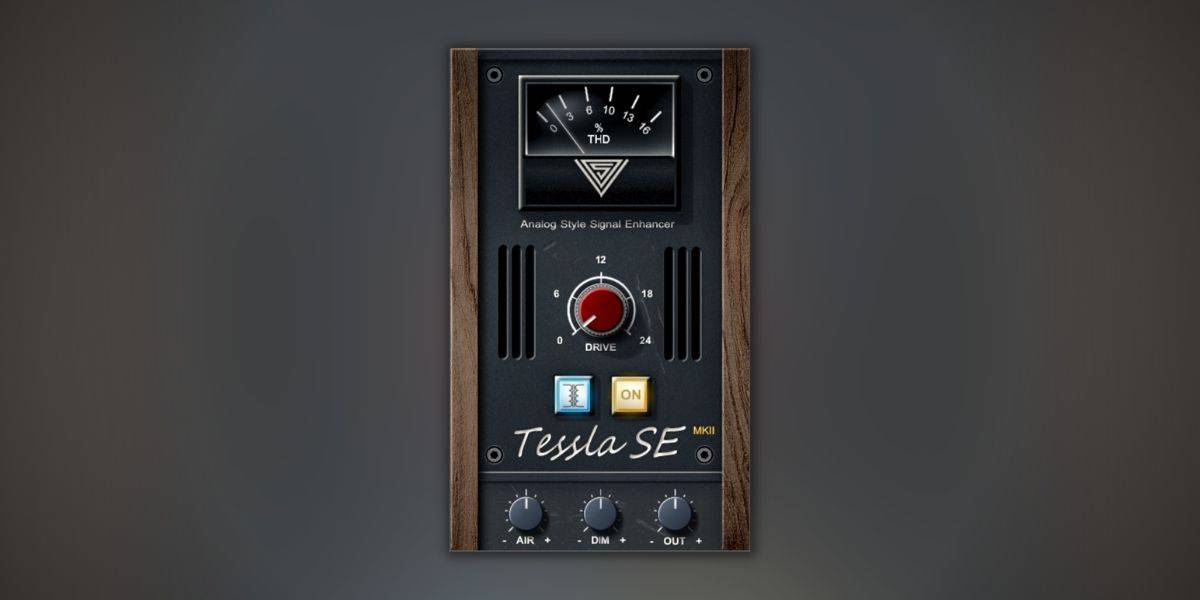 Tessla SE MkII is an analog-style signal enhancer from Variety of Sound. It’s an updated version of the original Tessla SE that was released around 2008.

The updated edition of Tessla SE MkII appears to stay true to the original goal, which was to bring the core qualities of analog to your digital workflow in a subtle way.

There is a certain feeling that comes with analog that’s warmer and more organic than digital. Those are pretty common buzzwords, but they are fitting, nonetheless. We don’t need to drive the saturation to the breaking point to get that feeling, and that’s what Tessla SE MkII is all about.

It delivers subtle saturation and widening while adding depth to your mix. Tessla SE MkII isn’t intended to be completely transparent and will color your sound to some extent, but it’s more about enhancing what’s already there rather than distinctly changing it.

If you want a tremendous FREE saturator with a bit more aggression, check out Burier 2.0 from Kit Plugins or our very own BPB Saturator.

The tagline for Tessla SE mkII is “All the analog goodness in subtle doses,” and I like that outlook.

Sometimes we try so hard to make digital sound analog that we end up creating an all too obvious stereotype, and nothing is less cool than sounding like you’re trying too hard. Especially when we, musicians, can be such a fickle bunch, and the divide between garbage and greatness is often wafer-thin.

Under the hood, it seems the new release is more sophisticated than its predecessor. The developer has improved the circuit modeling, which means more detailed and realistic responses from the plugin.

On the surface, the update looks very different with a simple, modern GUI. Everything sounds good about Tessla SE MkII, and I’d love to try it out and hear how it deals with some harsh vocals with its AIR control.

Unfortunately, sharing the news is where it ends for me; it’s Windows only. I don’t blame the developer; I hate myself sometimes for being a long-term Mac user. It’s like the Mafia; once you’re in, you can never really leave.

Disclaimer: I have no knowledge or experience of being a Mafioso. Although, in my college days, I’m sure I put on some gigs that could be considered an organized crime against music.

Anyway, you can grab Tessla SE mkII now in 32/64-bit VST format for Windows; get it!