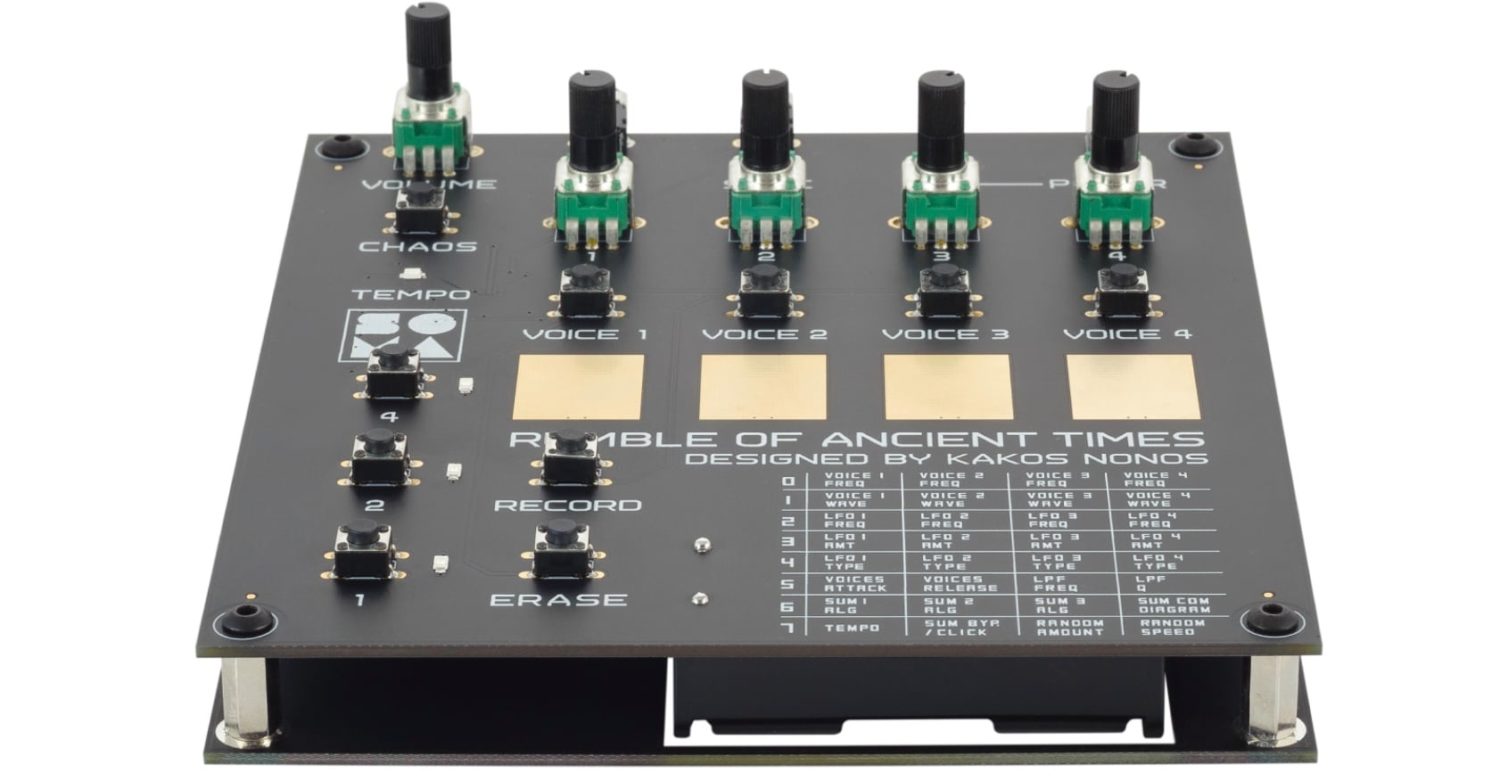 SOMA Laboratory has introduced Rumble of Ancient Times (RoAT), an 8-bit noise synthesizer and sequencer, inspired by the sounds and programming efficiency of the early PC era.

RoAT is capable of a wide variety of sounds, ranging from dense noise scapes to diverse glitching rhythmic patterns. The “heart” of the synthesizer contains 4 sound oscillators, each with a tunable waveform and an individual LFO, which can modulate the tone or volume of the oscillator. The modulated signal of each oscillator is mixed with other signals, using 1,536 variations of complex summing algorithms that contain FM, ring modulation, bitwise logical operations and more.

“Rumble of Ancient Times is built on a very simple 8-bit microcontroller similar to the ones used in the ‘brains’ of old refrigerators and other simple electronic devices. Thanks to some very clever programming, it’s also able to drive a very capable synth with many features!

In stark contrast to modern consumer electronics, this synth celebrates and emphasizes what can be achieved with efficiency of code and using chips considered obsolete by industry leaders. We live in an age where text editors can be 1GB or more and simple things like checking email require the latest OS and powerful processing, despite the core tasks being no different than 15 years ago with a fraction of the computational power.

So RoAT proposes a new kind of ecological thinking with the innovative use of chips that were developed and produced decades ago, instead of turning them into millions of tons of trash. We can still use technology that the industry forced us to consider obsolete, with the added benefit here of extremely low power consumption. It’s an environmentally friendlier approach than galloping in the rush of planned obsolescence that damages our planet and wastes precious resources.”

Rumble of Ancient Times was designed and programmed by Kakos Nonos, a new member of the SOMA development team.

Rumble of Ancient Times is expected to be available to order in January 2022 for 130 Euros.