“The Way to a Dream” by Mutus in Pinsk, Belarus

An experienced Belarussian muralist Mutus created a huge mural painting “The Way to a Dream” in his native town Pinsk (Belarus). The impressive mural painting on a facade of a 10-storied building became a part of a large-scale project “Traditions for the future”. 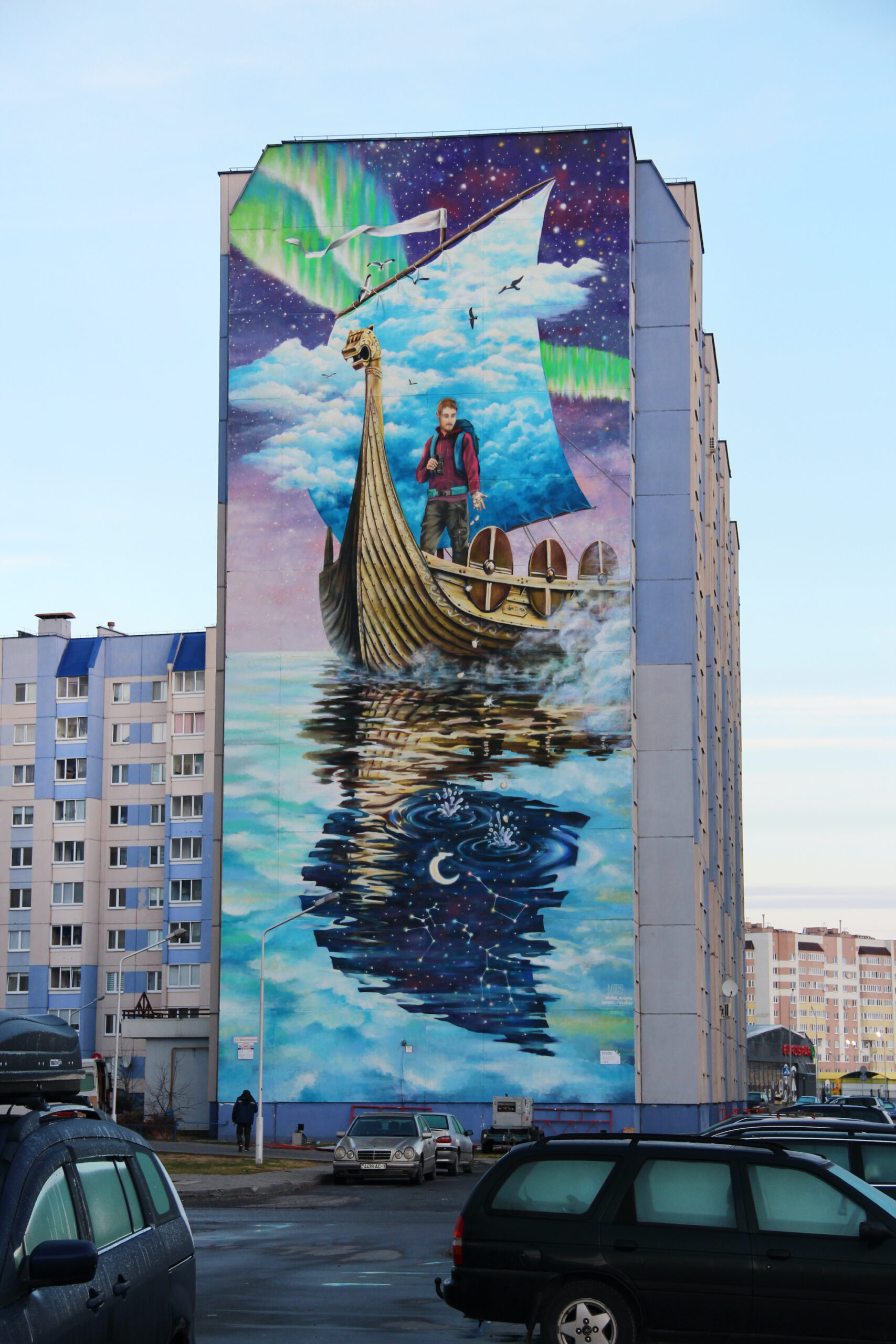 The painting is dedicated to the ancient trade route from the Baltic to the Black Sea. And modern Belarusians, who confidently follow their dreams, relying on a rich historical and cultural background. 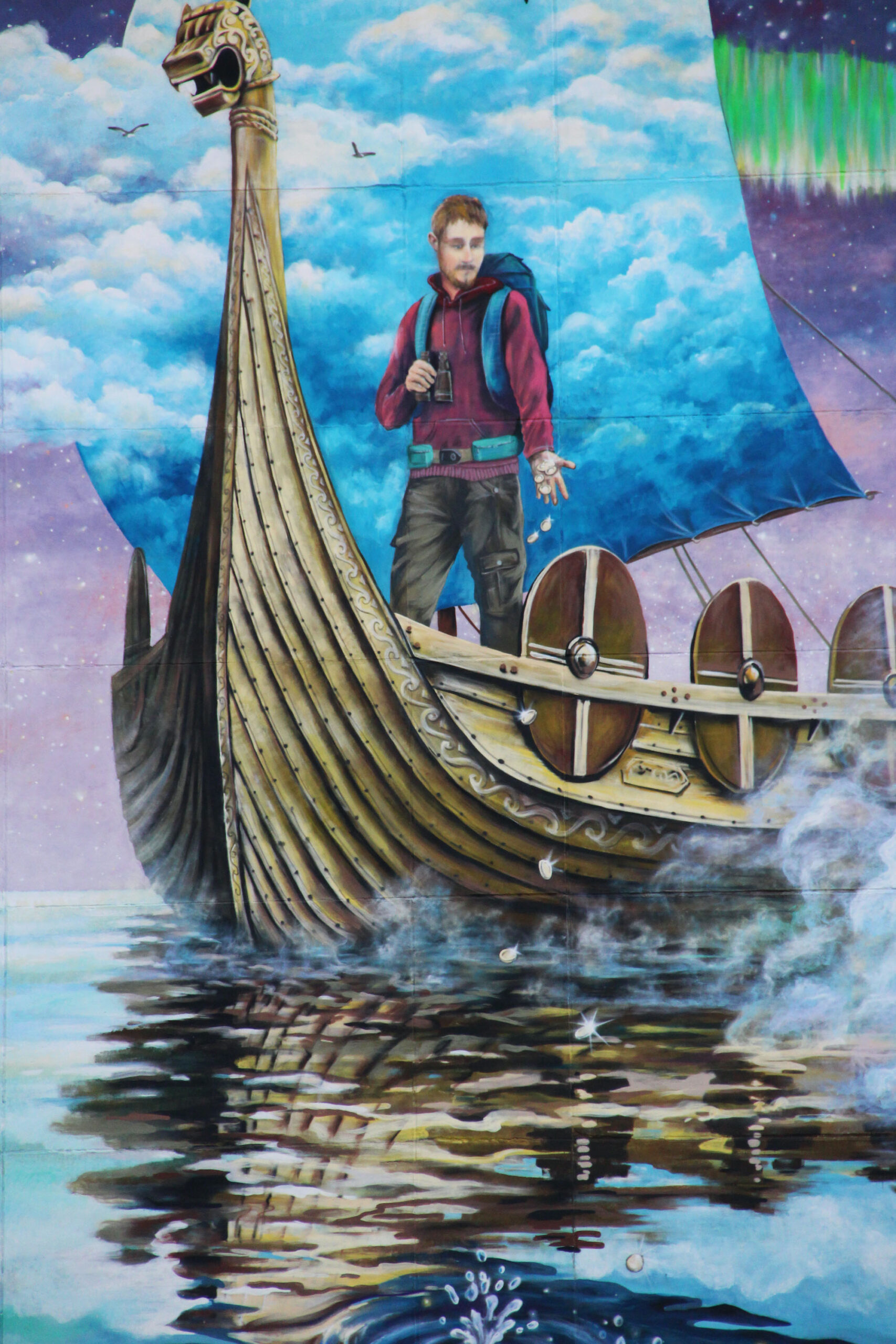 Mutus’ monumental painting is a part of an ambitious art-project named “Traditions for the Future”. The project “Traditions for the Future” is a series of motivating murals in Belarusian cities and towns. Every picture reflects the values of entrepreneurship and personal initiative through the prism of Belarusian legends and history. The project is being implemented by Belarusbank and the street-art team “Urban Myths”.

It’s emblematic that Pinsk has become the first town taking part in the project. This small town has been always renowned for its ambitious and adventurous residents. A lot of people who have changed the world were born here. 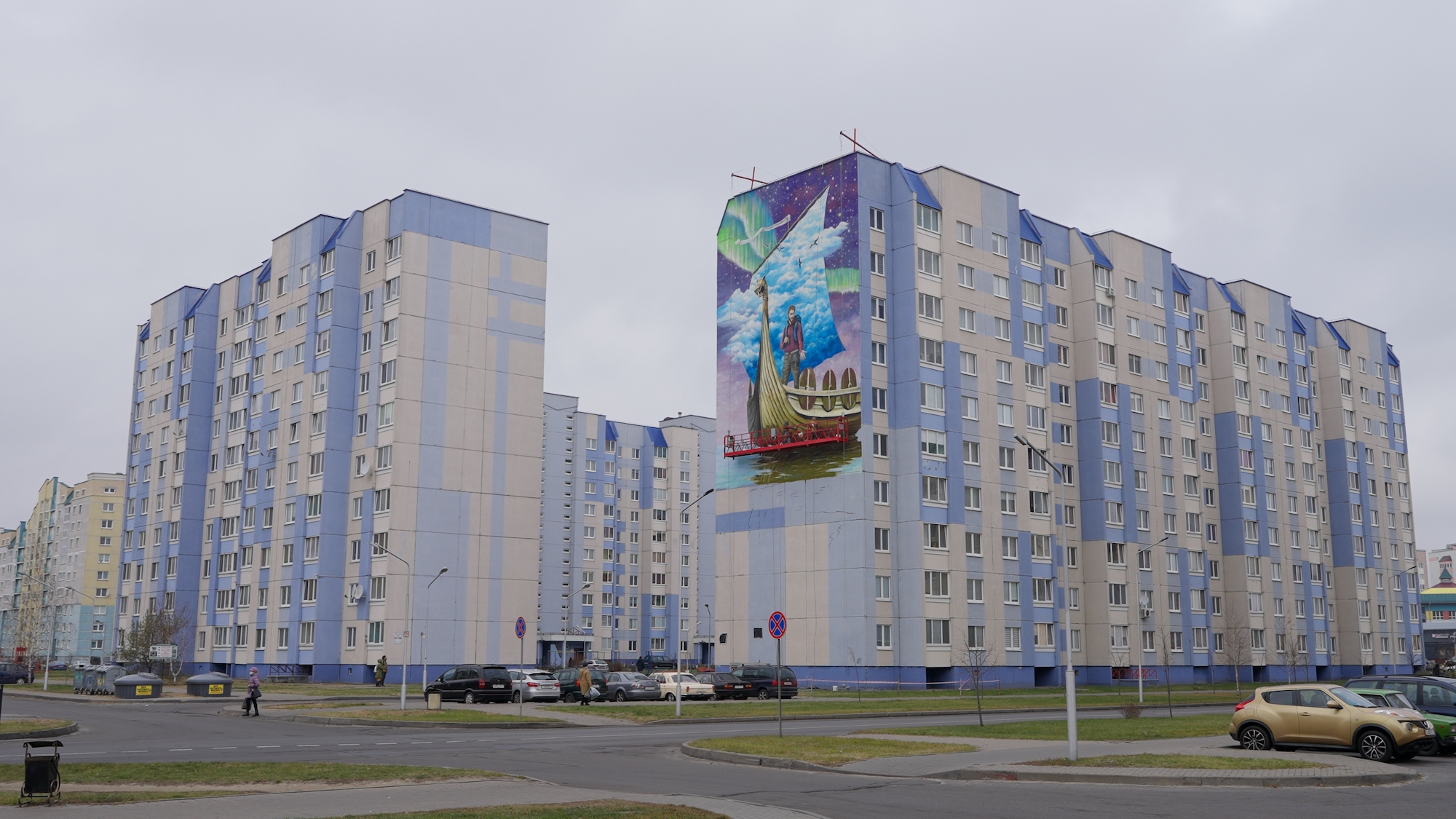 International trade has always been actively developing in the town on the large navigable river Pripyat. And in IX-XII there passed the legendary international trade route “From the Varangians to the Greeks”, which had a great influence on the development of the entire region. It was a very risky undertaking for ancient times to sail along rivers from the Baltic to the Black Sea. Travelers had to have a hefty dose of courage and adventurism. The mural “The Way to a Dream” depicts a decisive figure on a drakkar (a boat of the Scandinavian type). This is a modern young man who is confidently making his way into the unknown for his dreams. In his very image there is something “dreamlike”: he connects day and night, past and present; his sail is heaven. The character throws coins “for good luck” into the water and they turn into stars in the night sky in the reflection of the sail. 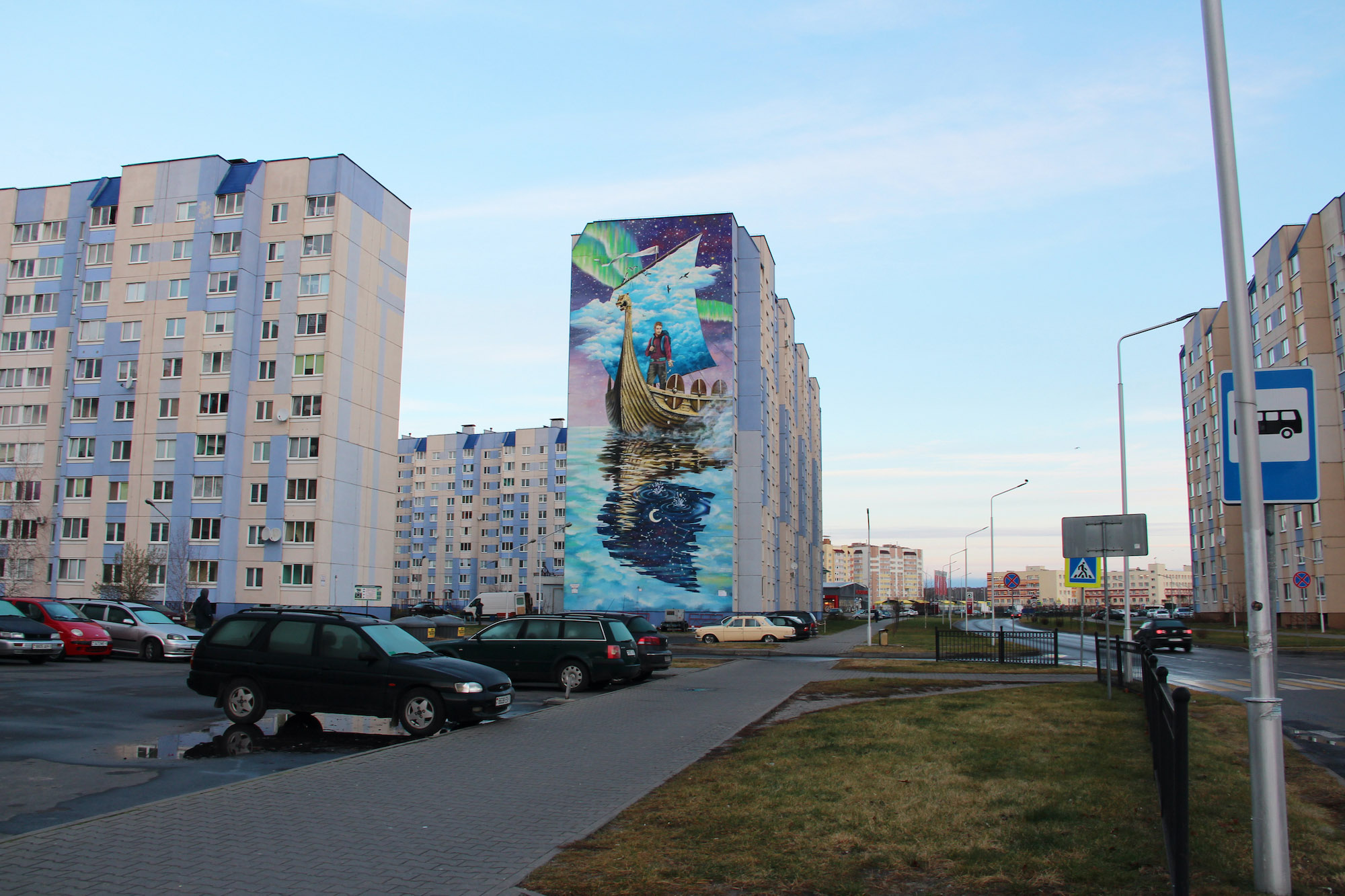 The huge mural on the wall of a 10-storied house was created in just 10 days. The authors are the Belarusian artist Mutus and his assistant Siarhei Rysakou. Mutus is already a fairly experienced muralist, he is known for his romantic street paintings, where realistic images and author’s metaphors are intertwined.

Check out below for more photos of the mural project. 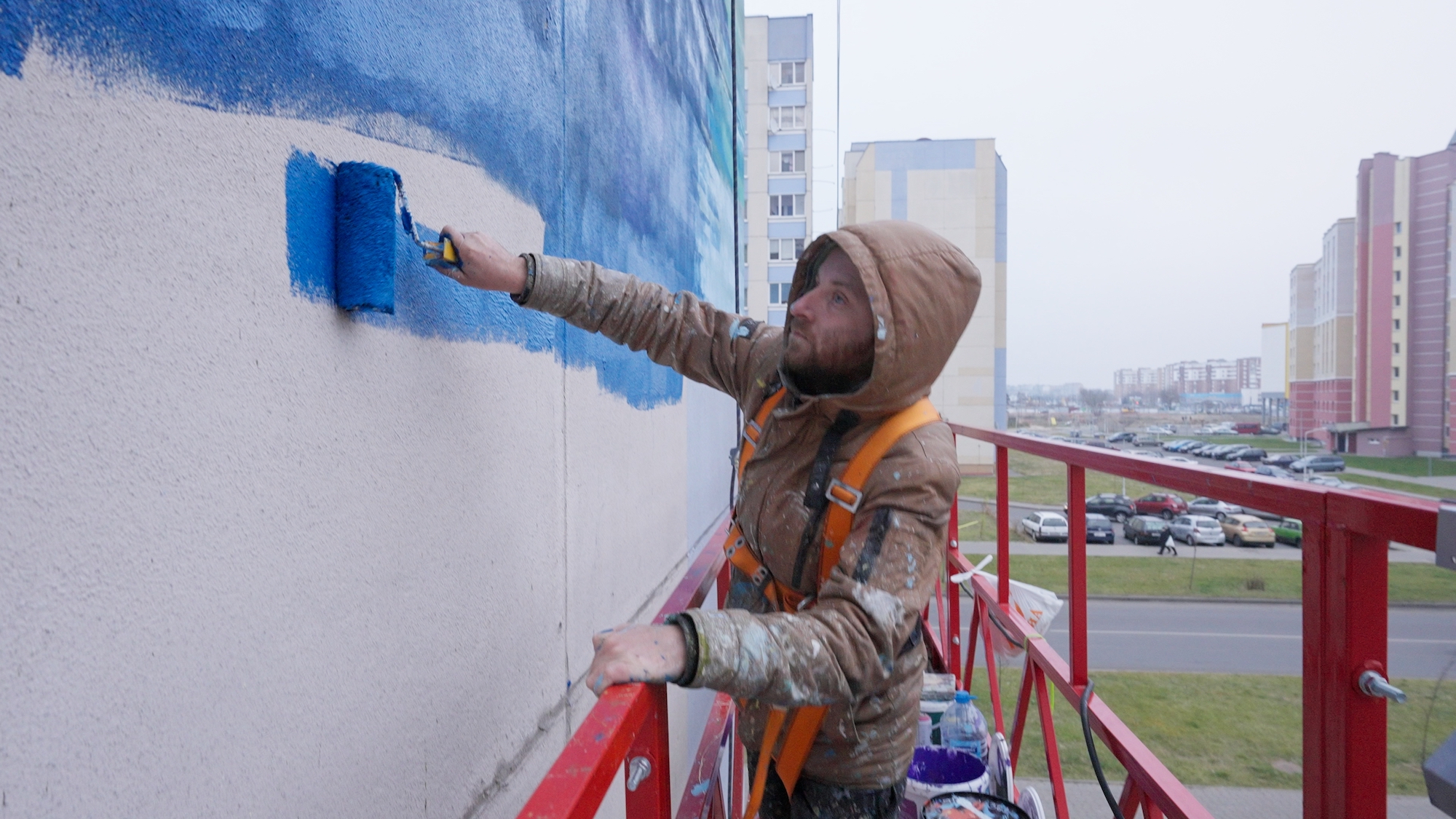 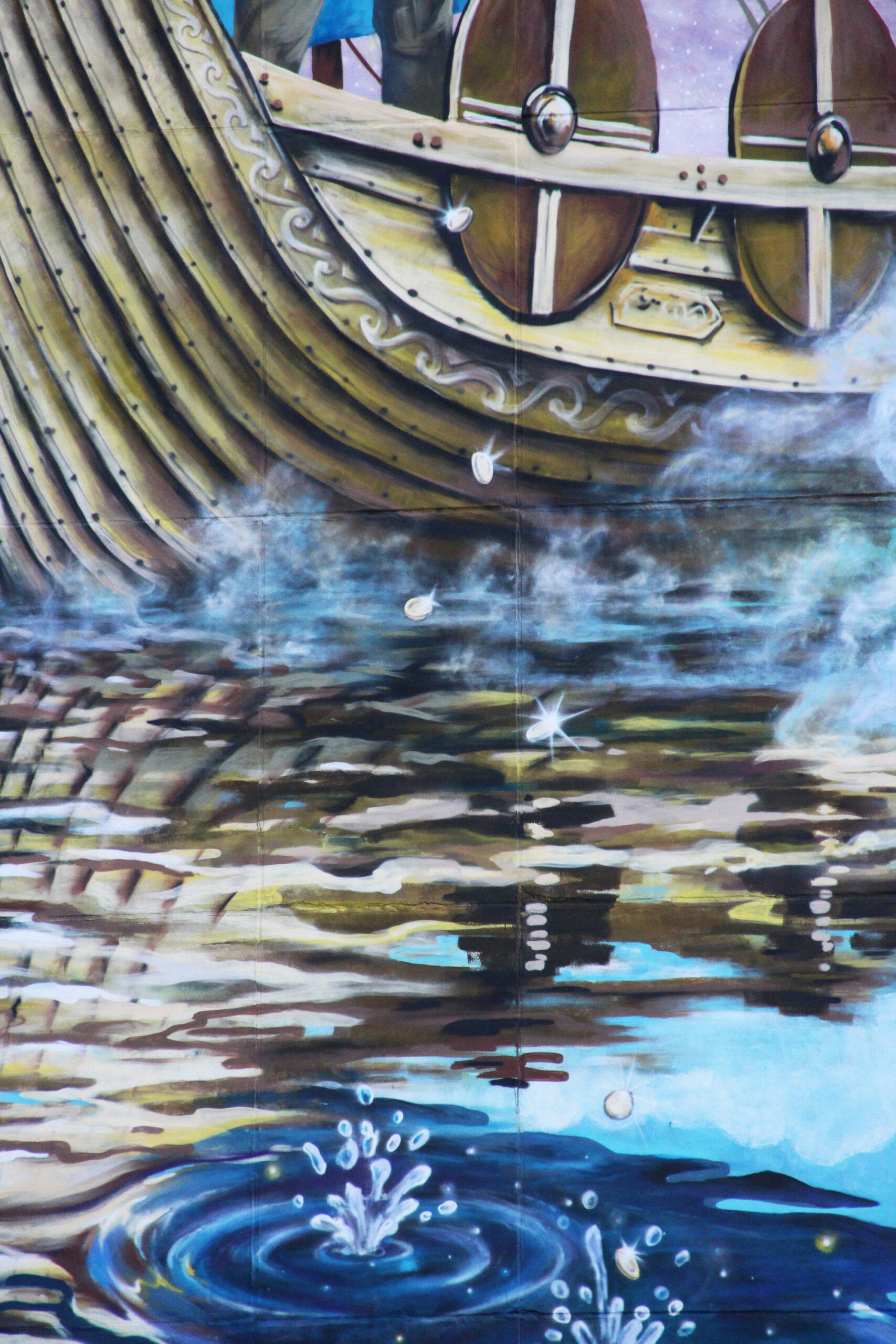 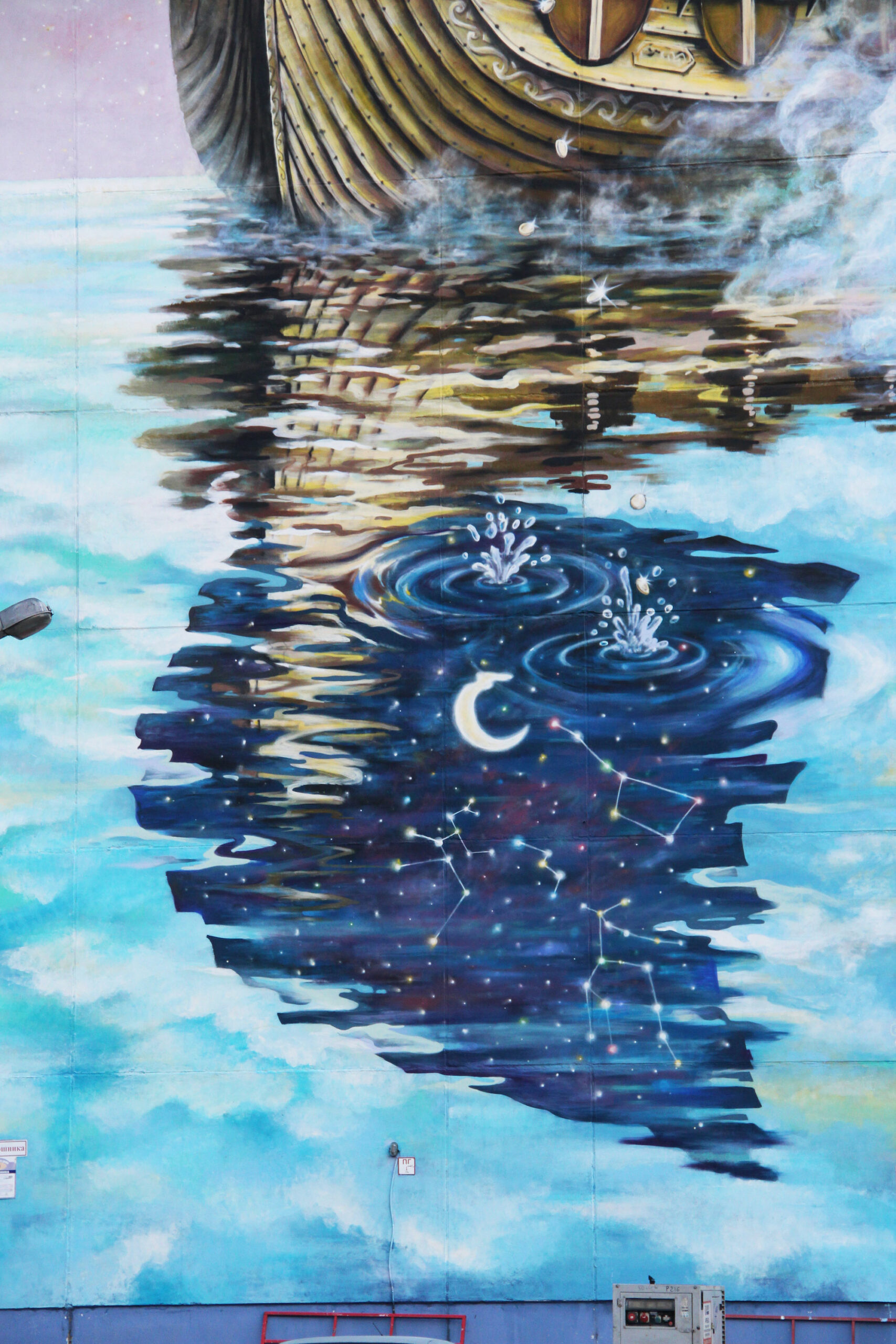 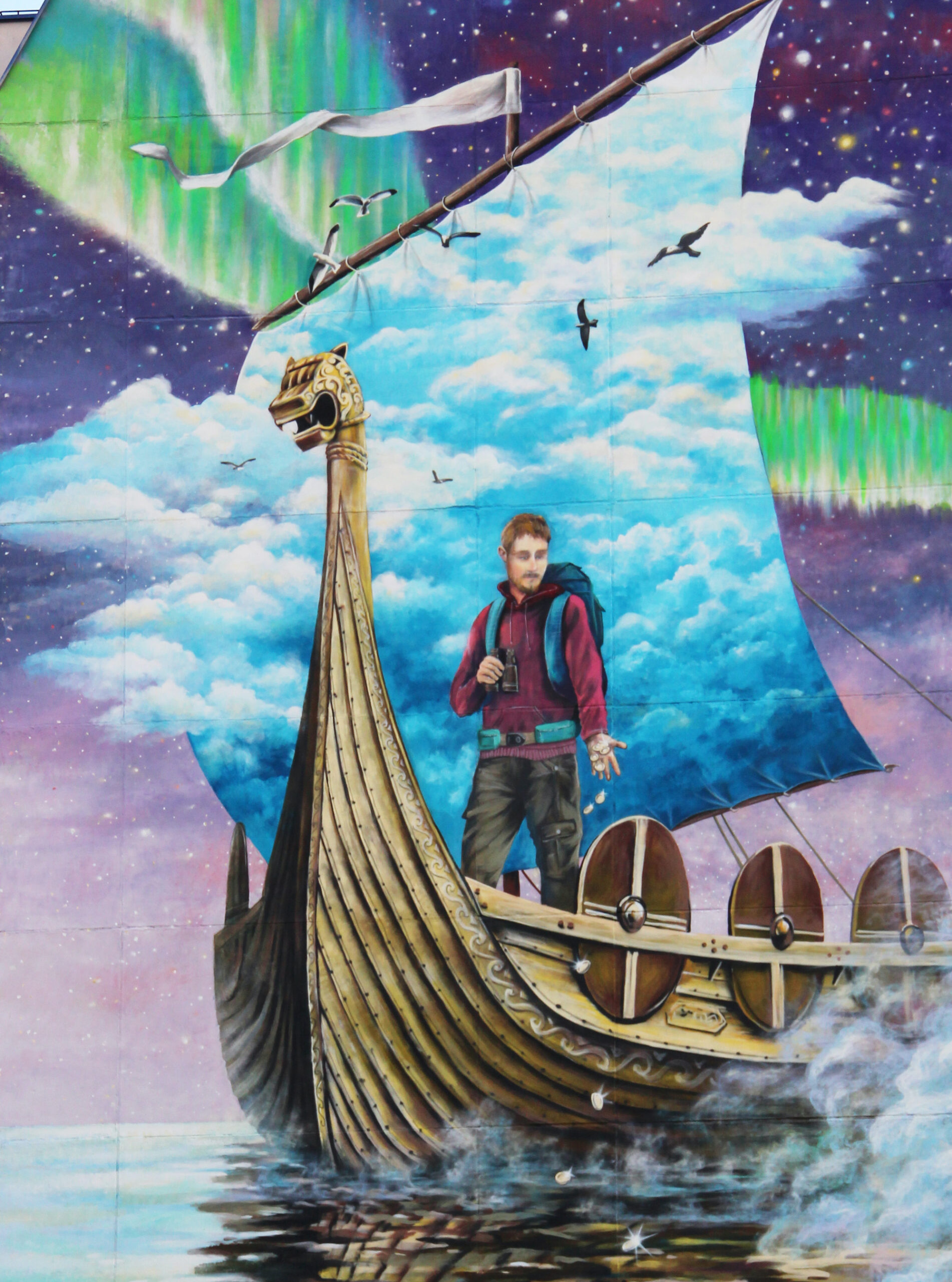 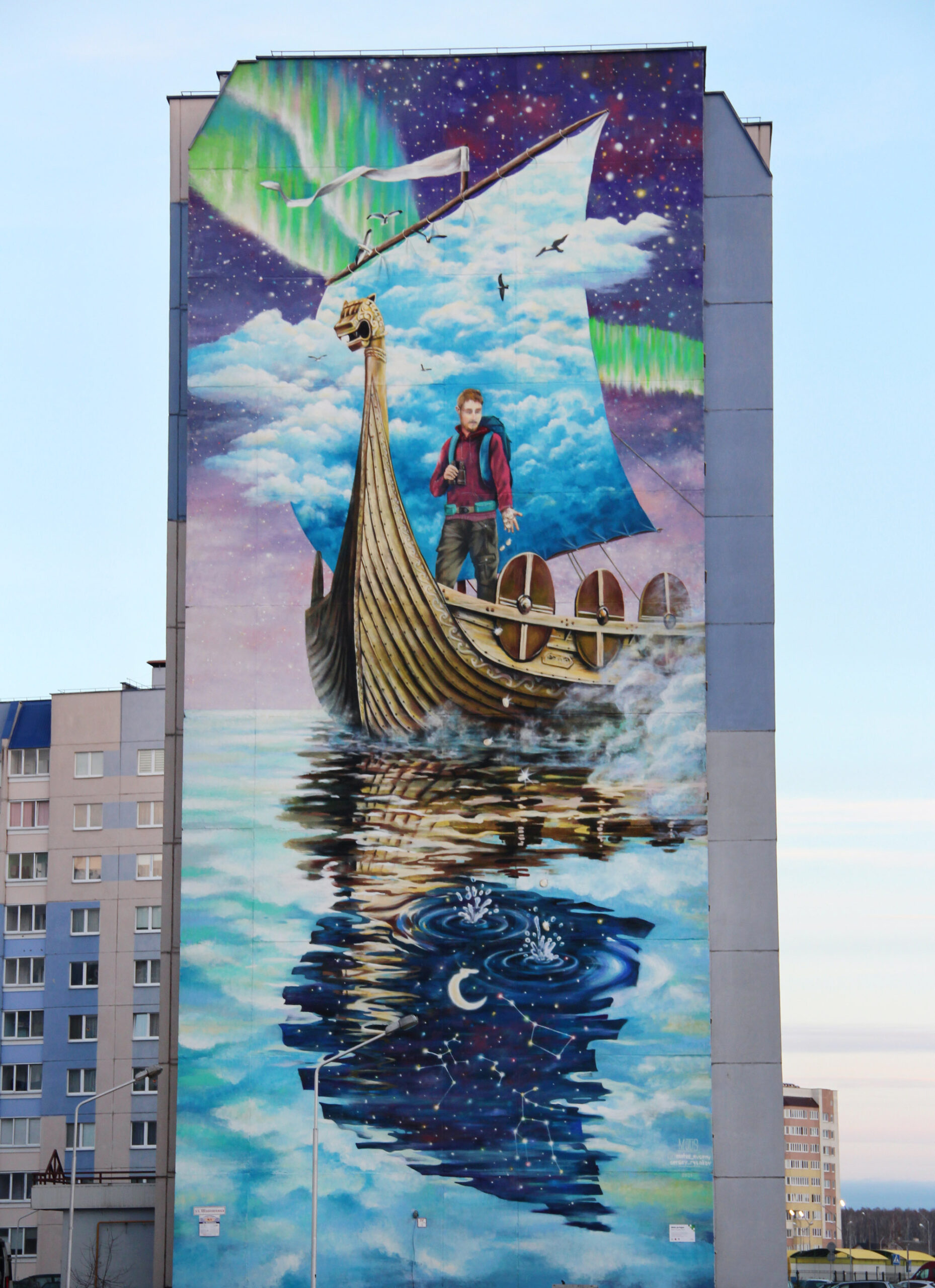