New Sony PS5 colours are not what we were expecting 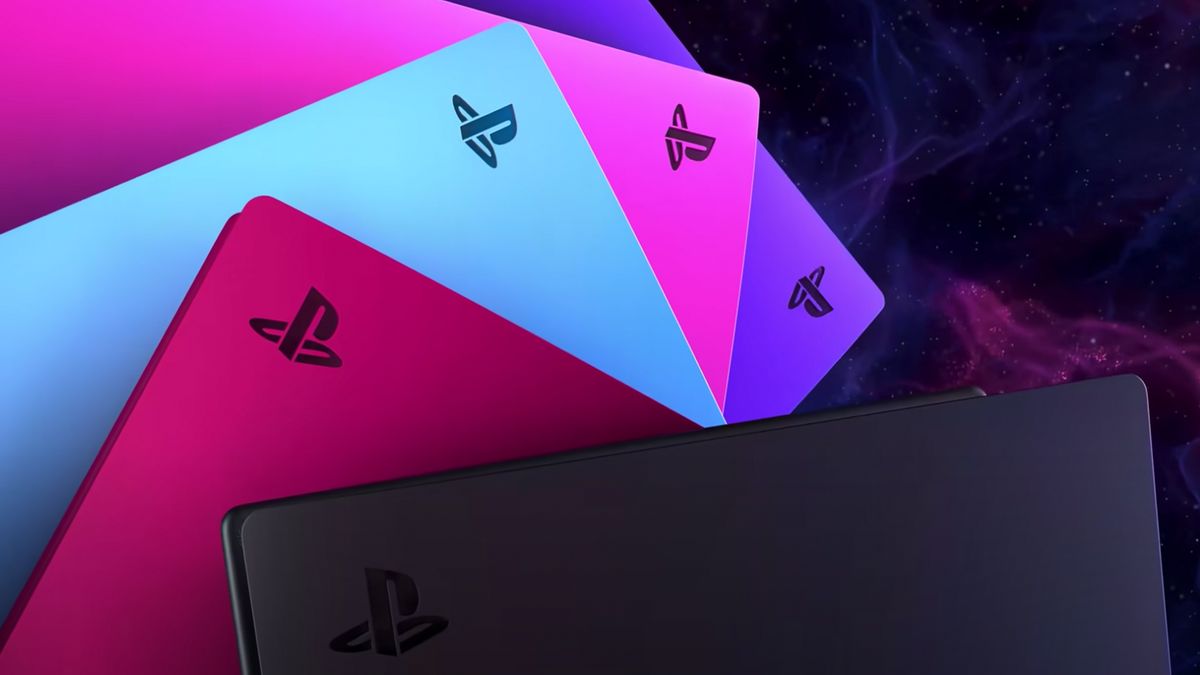 If you’ve been living under a rock for the past year, you might’ve missed the scrutiny Sony came under for the controversial white PlayStation 5 design. But now it seems Sony is attempting to right its wrongs with brand new coloured PS5 covers – but we aren’t convinced that they’re much of an improvement.

Sony has announced that it will release five different coloured plates for the PlayStation 5 console. The plates (or covers) will change the look of your console by attaching to your PlayStation 5. And while we are glad to finally see the end of the white PS5’s controversial reign, we can’t help but feel like these new colours aren’t a lot better. Still on the hunt for a PlayStation 5? Make sure you check out our hub for all the latest PS5 restock news.

According to PlayStation.Blog, the new plates will be released next month for $54.99/£49.99 and will come in five new colours including Midnight Black, Cosmic Red, Nova Pink, Starlight Blue, and Galactic Purple. Sony has also announced three new DuelSense wireless controllers that will come in shades of Nova Pink, Starlight Blue, and Galactic Purple. The new controllers will join the Cosmic Red and Midnight Black controllers that were released earlier this year in the galaxy-inspired collection. And while we aren’t super keen on the new shades, we have to admit the controllers look considerably better than the disastrous McDonald’s PS5 controller design.

We are over the moon that Sony is finally offering us the chance to have a black PS5, but we aren’t sure about the other colours in the collection. We think that the colours Nova Pink and Starlight Blue are a little too garish for our taste, but we quite like the Galactic Purple. In fact, the Galactic Purple PS5 looks very similar to Pantone’s Colour of the Year Very Peri, and also the newest Switch Lite.

Perfectly purple as all things should be. Take a closer look at the Galactic Purple PS5 console cover and Galactic Purple DualSense controller. https://t.co/Zm0hEBryzQ pic.twitter.com/MICnLZw5GFDecember 13, 2021

The new covers have sparked a lot of chat online and a number of users over on Twitter have responded to Sony’s announcement. Most of the responses were positive, with one user tweeting, “The pink one speaks to me so much”, and another saying, “Oh I will be purchasing the red or black one”. However, lots of gamers were quick to point out that to buy a cover they at least needed a PS5, which left some gamers with some serious FOMO after the infamous console shortage has meant that it’s been difficult to buy. Of course, not everyone is a fan of the new colours, and Sony is already being trolled with some hilarious tweets.

One user on Twitter shared an image of how they would’ve coloured the PS5 plates (see below). The user gTV redesigned the covers to look like they were inspired by the colours of the original PlayStation, and we are a little bit in love with how these PS5s look. Sony, we hope you’re taking notes.

We’ll have to wait until next month to see how these covers will look in action. While we aren’t a fan of the colours Sony has chosen, we definitely like the fact that the PS5 is customisable and users can swap and change the design of their console whenever they like. If you were hoping to treat yourself to a console this Christmas then why not check out our roundup of the best games consoles available?