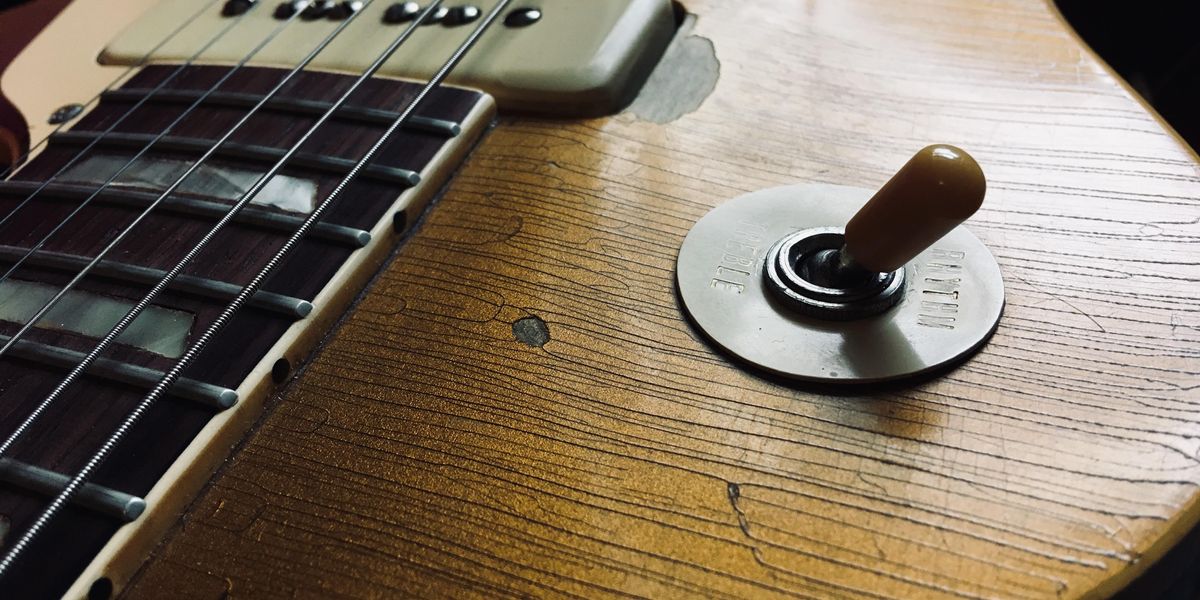 I heard Matthew McConaughey say in a YouTube clip recently: “Don’t half-ass it. If you’re going to do something … whatever it is, easy or hard, if you give it your all and you don’t half-ass it … whatever the outcome is, at least you’re not going to have to wonder, ‘What if?'”

McConaughey is so damn handsome and charming that I can’t help but want to believe him. Even factoring in my bias, I still must admit he’s mostly right. Although I don’t regret a lifetime of half-assedly making my bed or brushing my teeth for only 15 seconds per day, I do regret my half-assing in music.

I probably wasted half of my first 10,000 hours of playing music. In the beginning, I was all in, but I was born and raised in sparsely populated Montana, long before the internet (or even cable TV in my home). I didn’t know how one went about getting to the next level other than copping what I heard on records. I didn’t work at it; I just played. Mostly out of ignorance, I skated rather than pushed myself.

When I moved to Nashville, everybody was light years ahead of me. Getting to that level seemed like something you had to be born with. It felt impossible, like painting like da Vinci, so I just played well enough to get work and continued to half-ass. At gigs, my fingers were moving by rote, more like a typist than a musician. It was a lot of repetition of clichés. Safe and not very satisfying, but when you’re making a paycheck touring, it’s easy to coast. When I played at home, I wasn’t there, either. I’d replay what I already knew, mind drifting, not even really listening. A lot of the time, my fingers were moving silently over an unplugged electric as I mindlessly watched TV. My growth as a musician was slow and stunted, giving me back what little I put in.

I recently demo’d the new Alex Lifeson Epiphone Les Paul Axcess. To prep, I rewatched the documentary, Rush: Beyond the Lighted Stage. There’s a fascinating chapter where Neil Peart discusses going back to school, taking lessons from the Yoda of Drums, Freddie Gruber. Although Peart was the gold standard of rock drumming, routinely winning all the polls for “best drummer,” he felt his own playing was too stiff and robotic from all those years of locking with a click. Gruber told Peart, “You can have a beautiful body, but if it’s not breathing, it’s not alive.”

Gruber took Peart back to the basics, which got him thinking of drumming more like a dance: not focusing on the hit, but the motions between the hits. Peart totally retooled, even changing to traditional grip, which had to be incredibly awkward after roughly three decades of using the powerful matched grip. It takes huge cajones and humility to start over, but to do that hard work when you’re on top is almost unheard of. The irony is that after all this work, frustration, time, and expense, maybe .001 percent of those who heard Peart could tell any difference. But Peart didn’t do it for his audience. He did the work and made sacrifices for himself and for his art.

“The pull of habit is so huge, and that’s what makes kids so beautifully creative, is that they don’t have any habits, and they don’t care if they’re any good or not.” —Ethan Hawke

The truth is practice doesn’t make perfect. Practice makes permanent. Peart was getting farther away from where he wanted to be the longer he played the same way. It reminds me of something Ethan Hawke said in his TED Talk: “The pull of habit is so huge, and that’s what makes kids so beautifully creative, is that they don’t have any habits, and they don’t care if they’re any good or not, right? They’re not building a sandcastle going, ‘I think I’m going to be a really good sandcastle builder.’ They just throw themselves at whatever project you put in front of them—dancing, doing a painting, building something: Any opportunity they have, they try to use it to impress upon you their individuality. It’s so beautiful.”

It feels safer to set limitations and pretend like you don’t care. What’s the point in climbing Mount Everest when you’re safe and warm, staring at your phone from your couch? But half-assing steals the full experience of life. Keep in mind, the full experience always includes frustration, failure, and the torture of self-doubt, but you gain a lot even when you don’t succeed. When you dig deeper into anything, hidden layers of subtlety and nuance are revealed to you, and you gain compassion and humility.

As far as I can tell, the meaning of life is just to be alive. When you are half-assing, you are half-living. May we all whole-ass our way through this painfully blissful, miraculous catastrophe, make loud mistakes, and hopefully stick the landing now and then.