Rig Rundown:Circles Around the Sun

Founded by the late Neal Casal, this instrumental band of sonic explorers was born out of a request for set-break music during the Grateful Dead’s final run of shows in San Francisco and Chicago during 2015. Originally, CATS was going to be a one-off project, but fan feedback pushed Casal and company to release it as Interludes for the Dead. This wasn’t simply wordless Dead covers, but new creations formed in essence and spirt of the Dead.

In 2018, the group released their second double album, Let it Wander, and followed it up with a completely improvised EP featuring drummer Joe Russo. Sadly, a week after tracking their self-titled album Casal took his own life. Casal urged the group to carry on without him. The group recruited Eric Krasno and Scott Metzger for various tours before settling in with John Lee Shannon in July of 2021. Shortly before a gig at Brooklyn Bowl in Nashville, John Bohlinger caught up with Shannon and bassist Dan Horne to talk gear.

[Brought to you by D’Addario XS Strings: http://ddar.io/xs.rr] 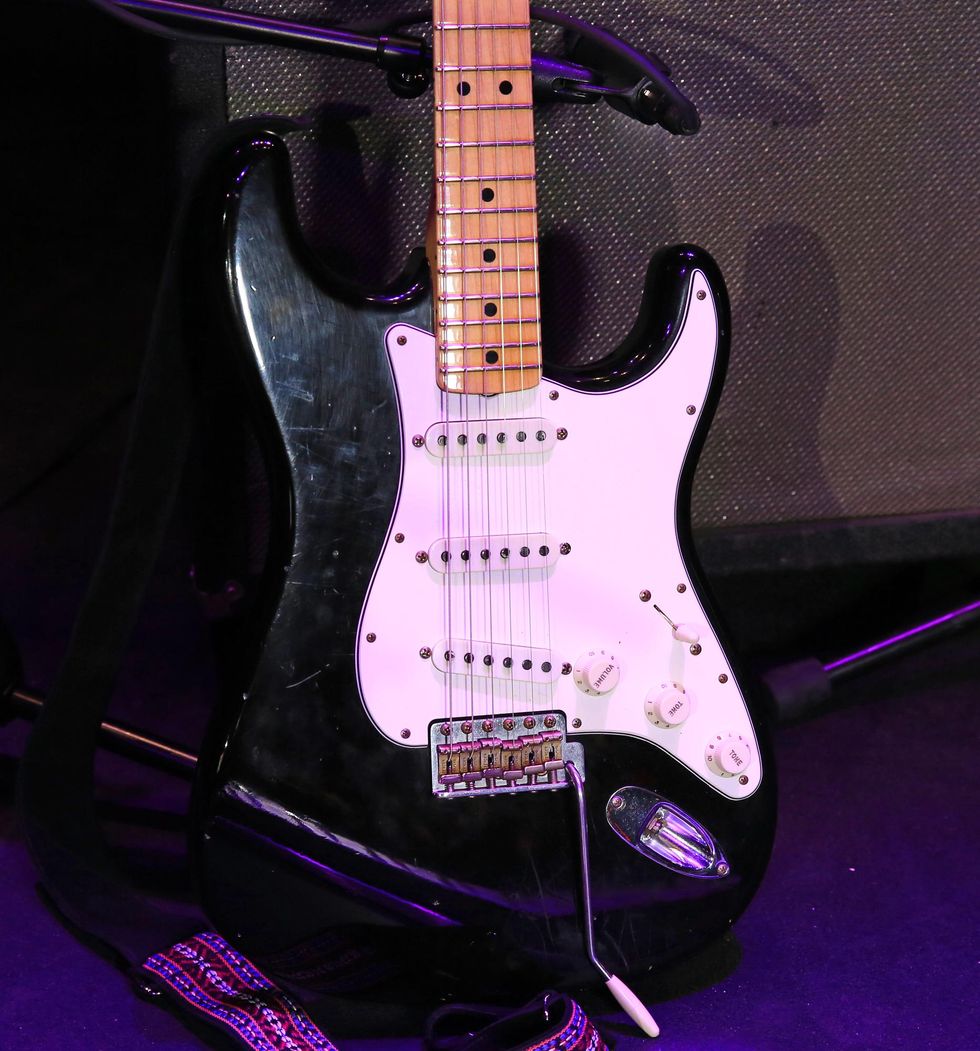 Amp on the Run 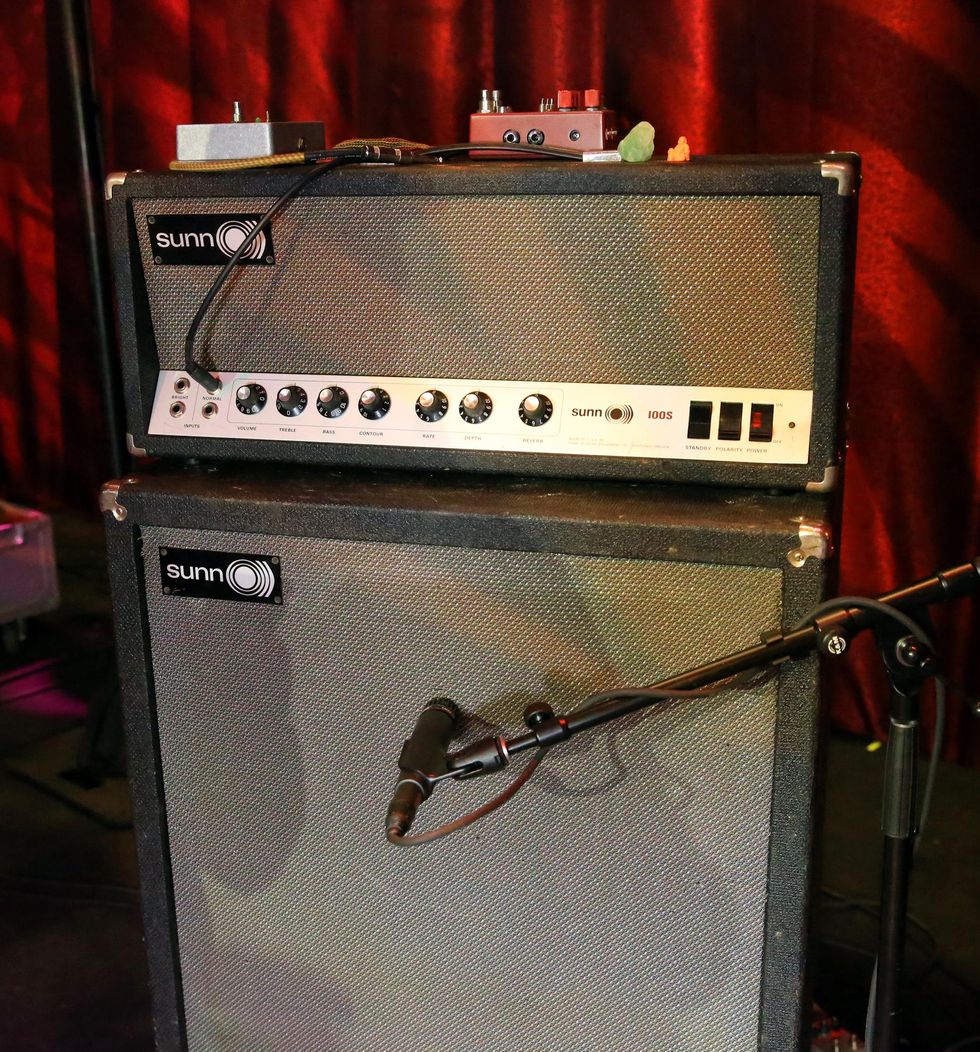 Due to somewhat complicated logistics, Shannon had been looking online at various Nashville guitar shops for an amp he could pick up at the last minute and use on this run. After flying in from Brooklyn the morning of the show, he headed straight for Rumble Seat Music to check out this 1968 Sunn 100S and matching 2×15 cabinet. Shannon put down a deposit before getting to town hoping the amp would work for him. Obviously, it did. Later he found out this amp was on consignment from Nashville session king Tom Bukovac. 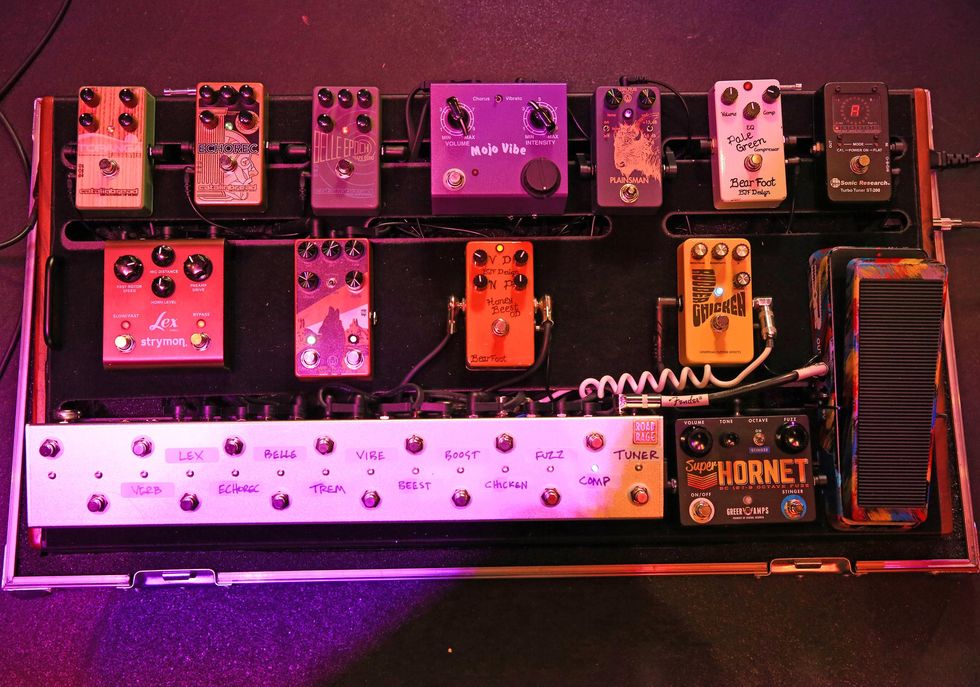 After experimenting with various pedals on the band’s West coast run, Shannon shifted some things around and even took inspiration from Casal’s board to form this mothership. The centerpiece is the Road Rage true bypass looper which allows Shannon to individually bring each pedal in and out of the signal flow. Right before the looper is a JAM Pedals Wahcko, which was custom ordered solely based on the finish. Other highlights include a Greer Amps Super Hornet, Strymon Lex, a trio of Catalinbread stomps (Belle Epoch, Echorec, and Topanga), a Walrus Audio Monument, Lovepedal Rubber Chicken and a pair of BearFoot FX (Pale Green and Honey Beest OD). 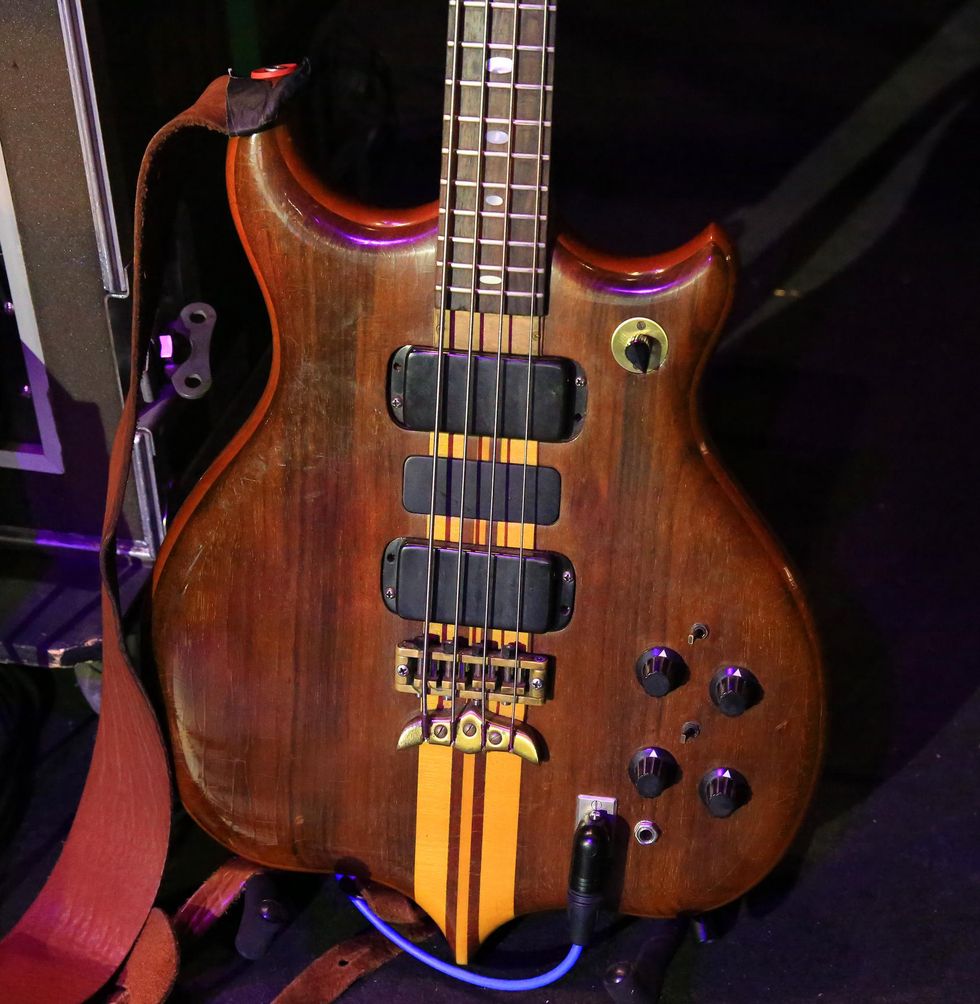 Circles Around the Sun take plenty of musical risks, but that fearlessness stretches over into their gear choices as bassist Dan Horne also takes a single bass on the road. This 1978 Alembic Series 1 has an unusual setup. Although you can power the active pickups with batteries, Horne uses an Alembic DS5 power supply to provide power via the cable. (The DS5 also has dual outputs, but Horne only uses the bass output.) 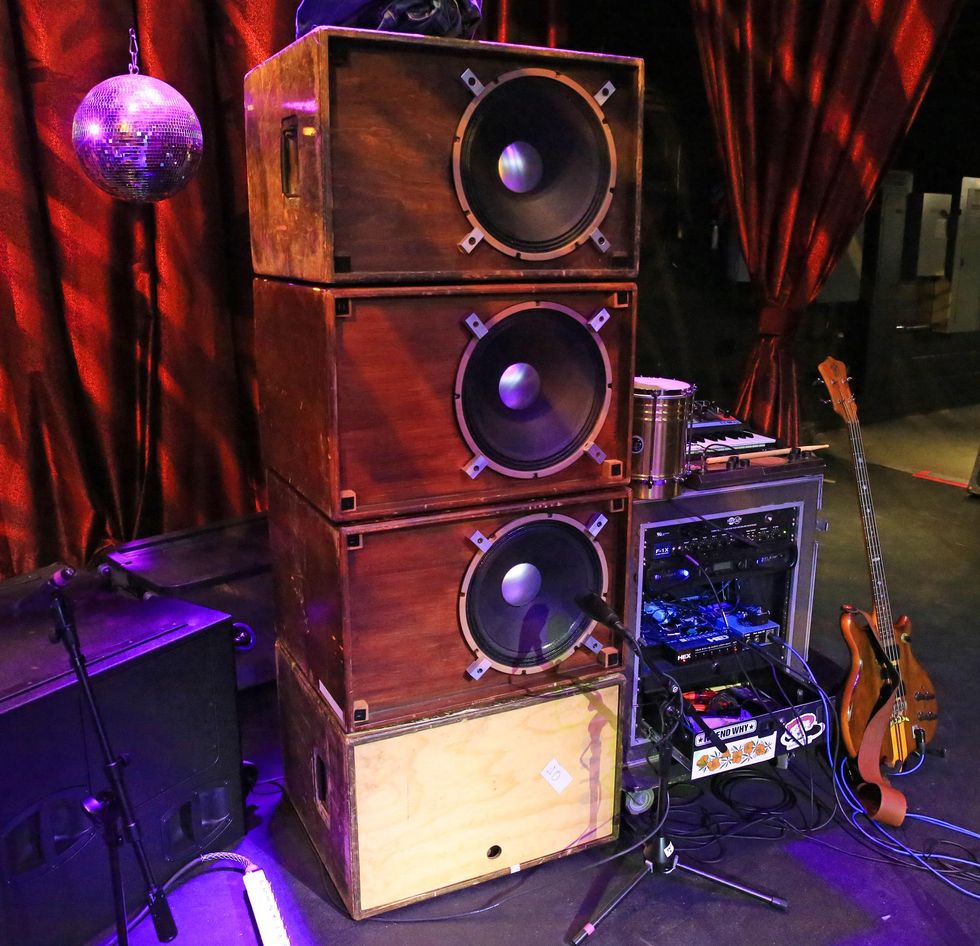 The Grateful Dead’s “Wall of Sound”-era speakers served as the inspiration for Horne’s triple-cabinet tower. The top cabinet was built by Bag End while the bottom two were DIY affairs created by a friend. All three cabinets feature a Weber speaker. 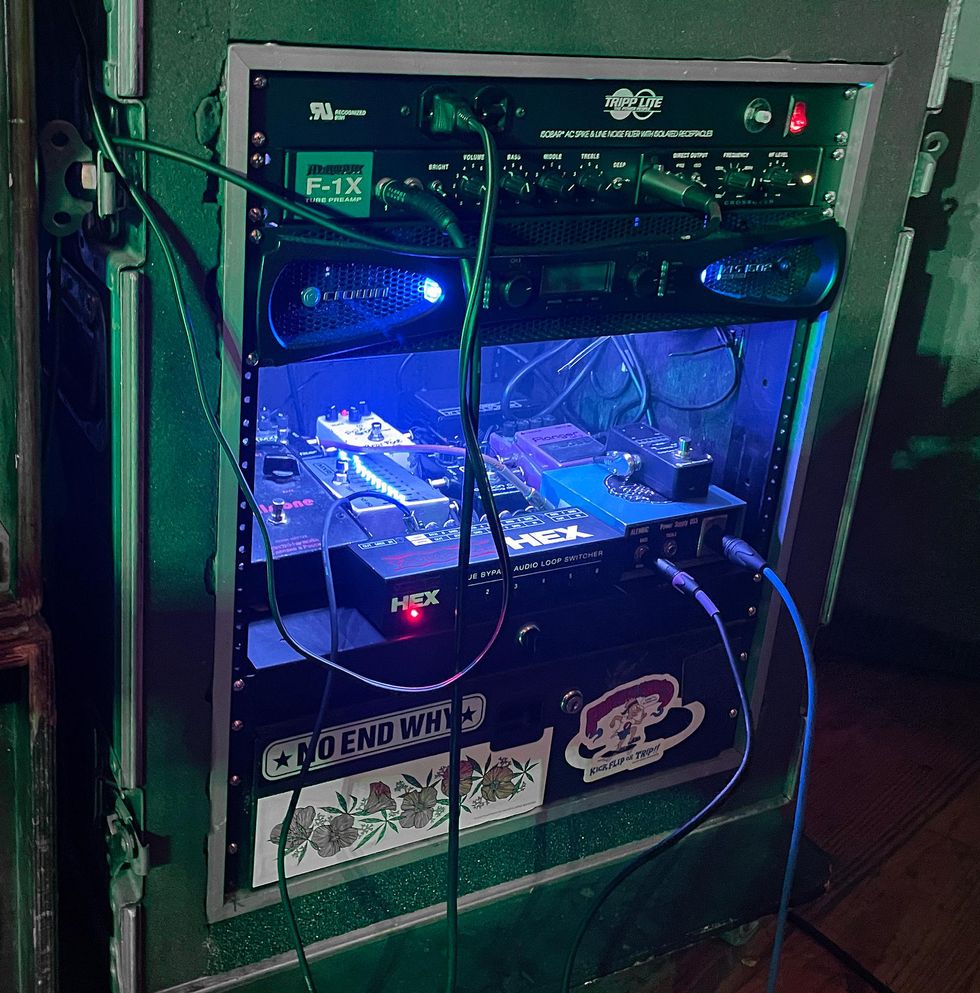 The engine behind Horne’s sound is this rack, which includes an Alembic F-1X tube preamp—powered by a 12AX7—and a Crown XLS 1502 power amp. All of Horne’s effects are behind him on the pedal drawer and he controls them via a Voodoo Lab PX-8 Plus. 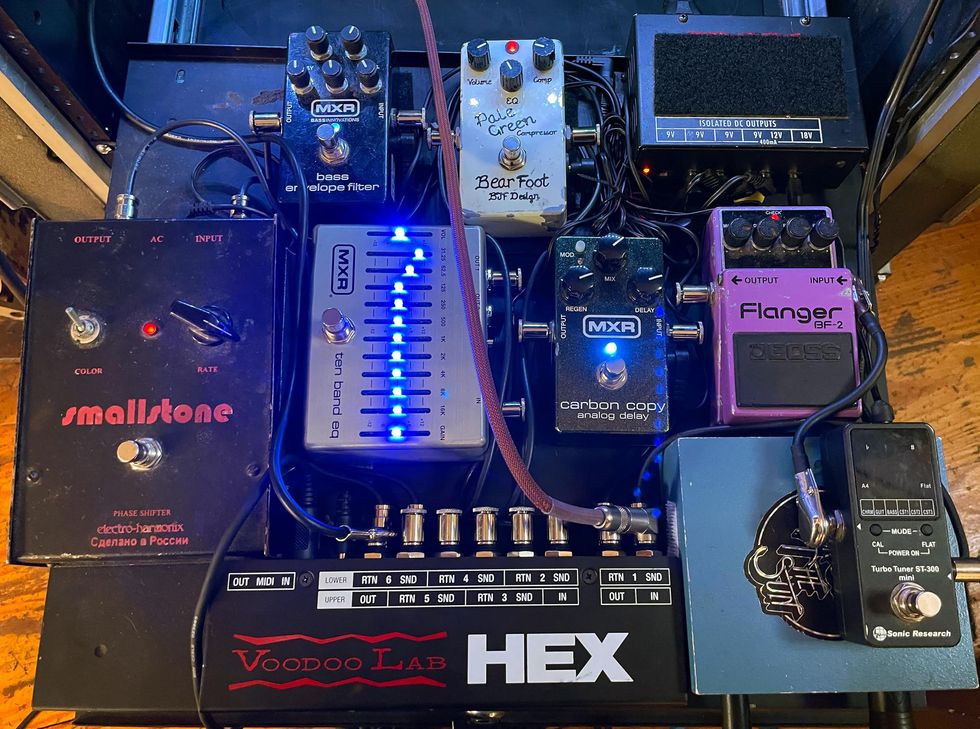