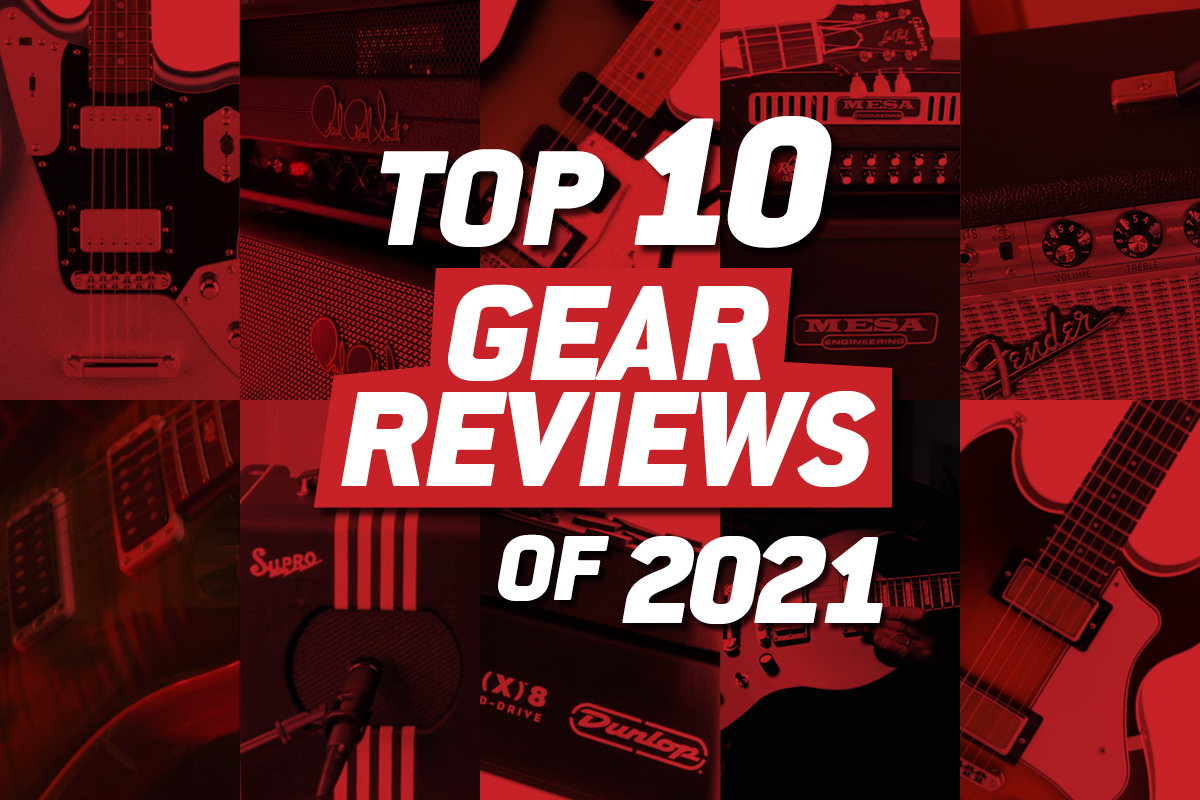 We crawled under the hood, got dirty, and dissected dozens of pieces of gear in 2021. Here’s ten pieces of kit that resonated with you the most.

The guitars in Epiphone’s new Prophecy Collection, which includes the Prophecy SG reviewed here, perform an impressive balancing act. They streamline the classic Gibson four-knob control array, trade PAF-derived pickups for Fishman Fluence units, and style the guitars in a manner that screams “rock” with an exclamation point. But for all the streamlining, these instruments are enormously flexible, and they retain important cosmetic touchstones that emphasize the family connection to parent company Gibson’s most iconic designs. Epiphone also maintained balance when it comes to price. The Prophecy SG is a reasonable $899.

Why review something so stupidly simple as a volume pedal, you ask? Well, as a player who has spent many years relying on one—both as creative tool and crutch (a little volume swell always sounds great when you’ve run out of ideas)—I can attest they are not all created equal. Not all of them can double as an expression pedal like the super-smooth Dunlop (X)8, either.

Followers of current events might be astonished to learn that the internet isn’t quite as effective at separating myth from fiction as its early advocates and creators promised. I was reminded of this state of affairs whilst sniffing out sentiments about vintage Harmony guitars and the complex, convoluted world of gold-foil pickups. Needless to say, there are a lot of strong opinions out there—from advocates that defend old Harmonys as underrated, to snobs who still consider them universally substandard, to the growing cult of gold-foil fanatics who sing their praises to the sky without even agreeing about what a gold-foil pickup is. 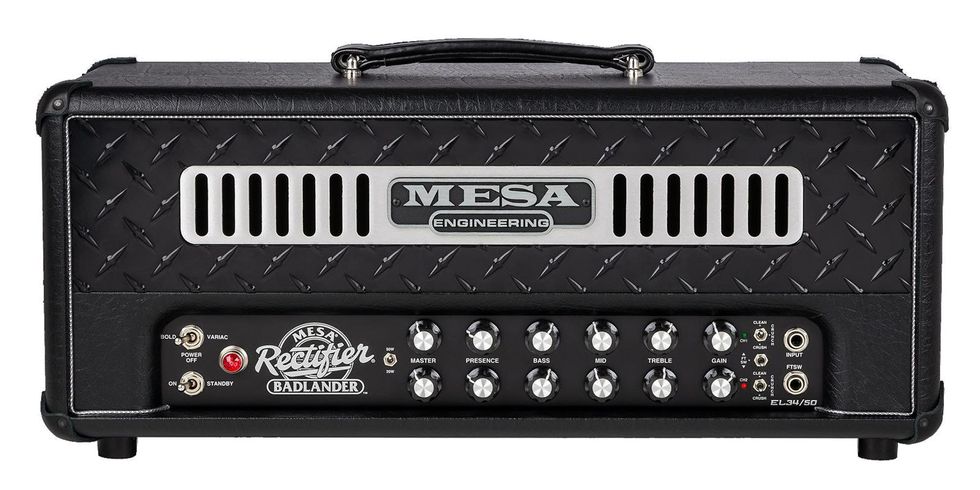 Mesa/Boogie is both fond of reinvention and adept at it. Late last year, the Mesa/Boogie folks reimagined the Rectifier series amps, which became near-ubiquitous in metal and grunge circles in the wake of their 1992 release. The beastly Badlander 100 was the first of these new Rectifiers to hit the streets. It’s now joined by the more modestly powered Rectifier Badlander 50—which is available as a head (reviewed here), 1×12 combo, or rackmount head—and can be powered by a pair of Brit-flavored EL34s or more-American-voiced 6L6s.

Even among a stable of instruments known for their versatility, PRS’s Studio model is arguably one of the company’s most sonically and stylistically malleable instruments. Reintroduced to the U.S.-made Core lineup for 2021 after first appearing in 2011, this new Studio is hyper-flexible, configured with a distinctive humbucker set and modified switching that takes that versatility up a notch.

It’s funny to think the Jaguar was once derided by alleged guitar experts and collectors. For all its quirks, a good Jag’ is a beautiful playing guitar in just about any incarnation—thanks largely to its short scale and curvaceous shape. In a way, the Squier Contemporary Jaguar HH-ST distills that recipe to its essence. 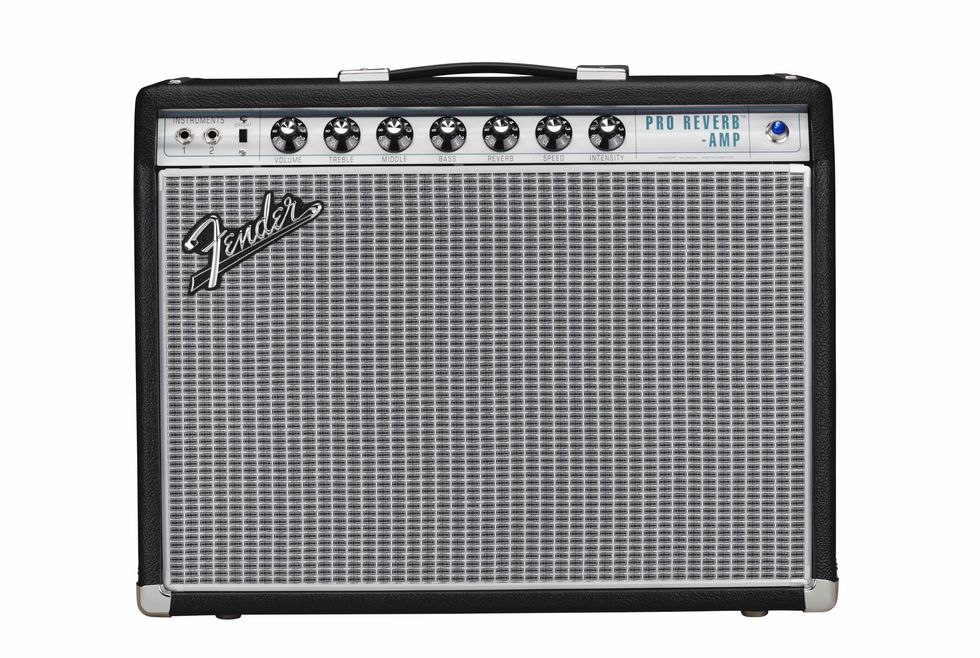 Fender’s ’68 Custom series won plenty of fans by resurrecting the stylish silver-panel amps of the late ’60s and ’70s and making some of those models into more modern gigging machines. One of the newest additions to the lineup is the ’68 Custom Pro Reverb—an evolution of an amp that debuted as a black-panel model in 1965. 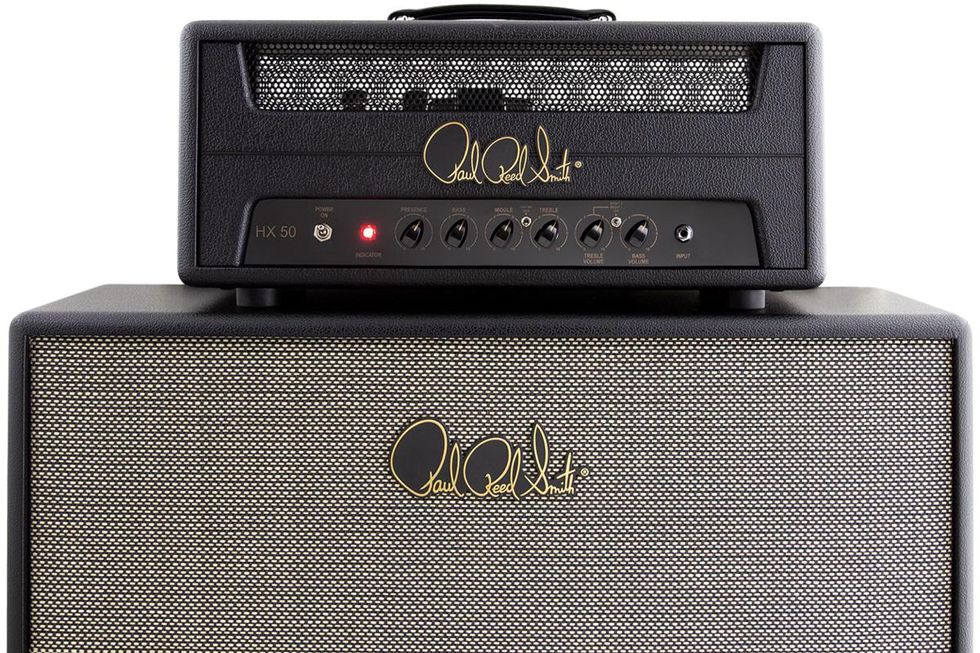 Just as PRS’s 2012 HXDA was inspired by firsthand looks at one of slide legend Duane Allman’s amps from his seminal At Fillmore East performance, the brand-new HX 50 is the result of Paul Reed Smith and PRS amp guru Doug Sewell getting extensive access to a Marshall head reportedly used by Jimi Hendrix during his iconic performance at the 1969 Woodstock festival. 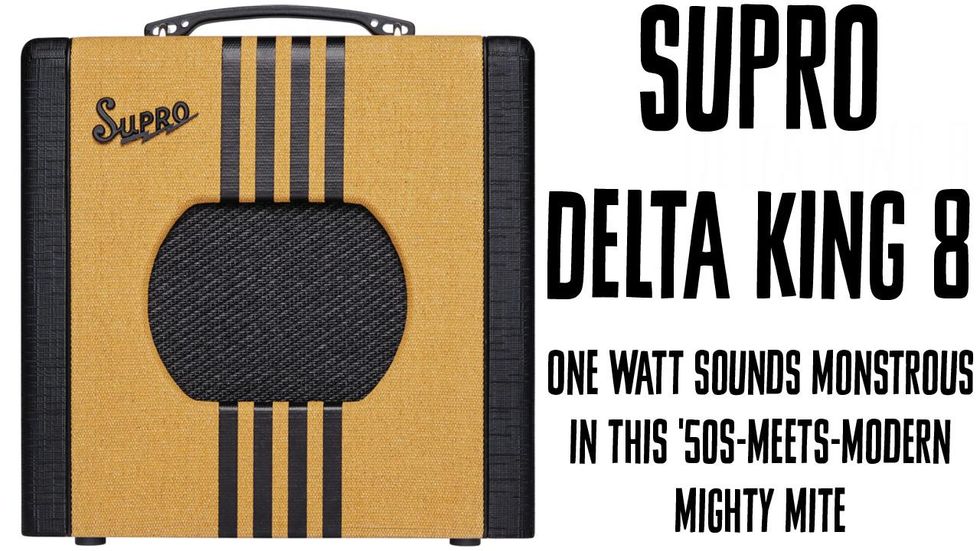 Since its 2014 revival, Supro has given fans of small, low-wattage combos plenty to talk about. This should come as no surprise. Tiny but ferocious amplifiers with the Supro logo have been on the scene since the early days of the electric guitar and landed on some of the most classic guitar records of all time. And the company’s recent offerings have captured the sonic essence of those vintage models with a line of well-built, modern amps that look just as cool as they sound.

The silhouette of the new Six Gun HPP is, at this point, a familiar shape—and arguably a classic. It’s the foundation for many different Reverend models and clearly a versatile platform for evolution and experimentation. The updated pickup configuration and other new features of Reverend’s offset workhorse make the $1,099 Korea-built Six Gun an impressive performer for the price.