Graffiti artist Cloakwork recently worked on a mural in his home country Malaysia. The mural in collaboration with FoodPanda, a food and grocery delivery service app, is located at the facade of a restaurant in Kuala Lumpur. With Cloakwork’s vibrant and energetic illustration style, his work easily catches the attention of a casual observer anywhere. 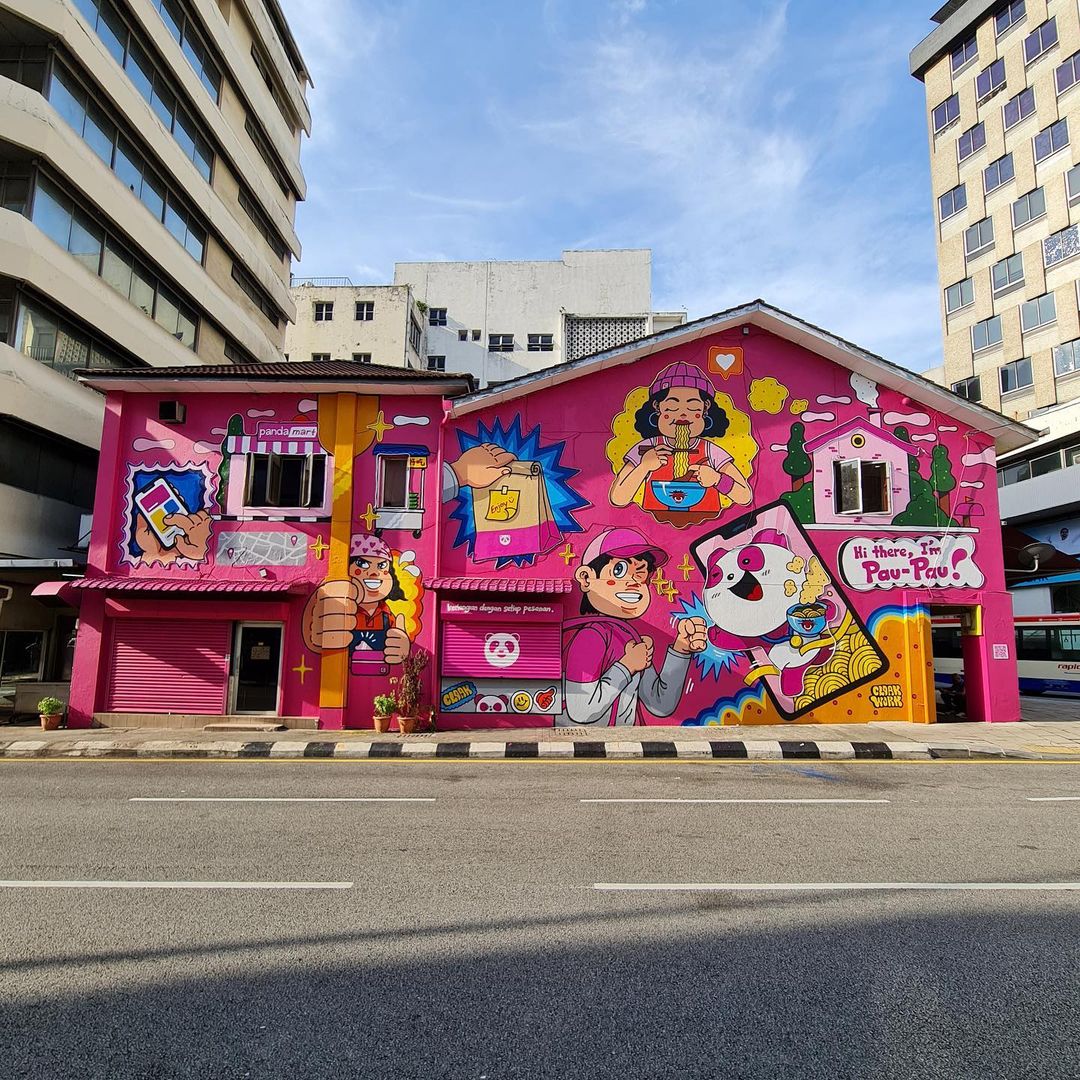 Born and raised in Kuala Lumpur, Cloakwork is a multidisciplinary creative who works as a graffiti artist as well as an illustrator. He has been painting around the globe for 10 years, with work consisting of both, small and large scale. His style is quirky, fun and colourful! Being a rebel, picking up spray cans as his creative weapon was the right choice and he is heavily influenced by street culture. He always wanted to paint something related to the environment and the surroundings. Most of the characters to in some ways, come alive, speak and be part of its surroundings while communicating and interacting with viewers. 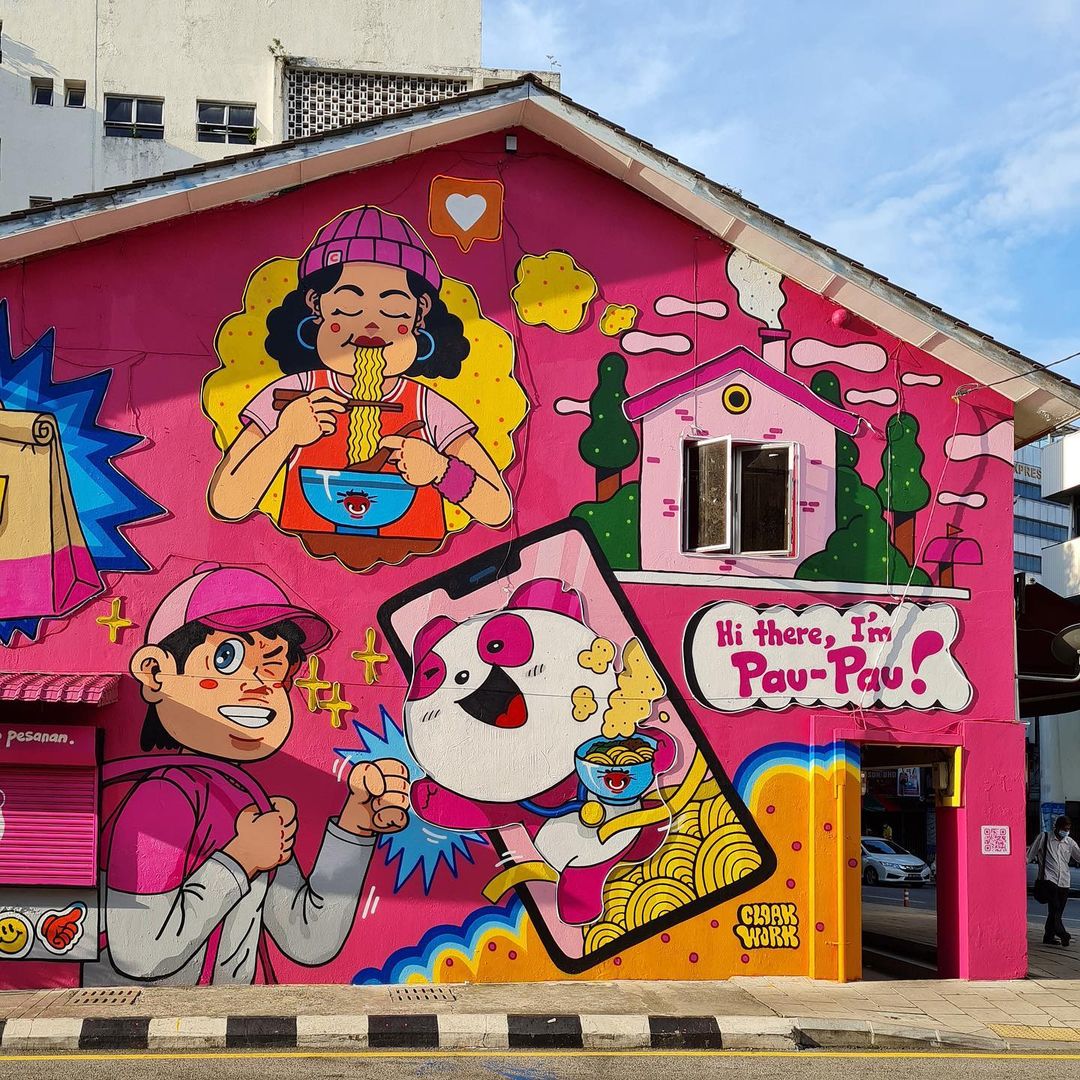 “I often do graffiti at night without being noticed. So it goes like this : plain concrete wall during the day, the wall gets ‘cloakwork-ed’ during the night and a colourful graffiti the day after.”

Take a look below to view more of Cloakwork’s piece. 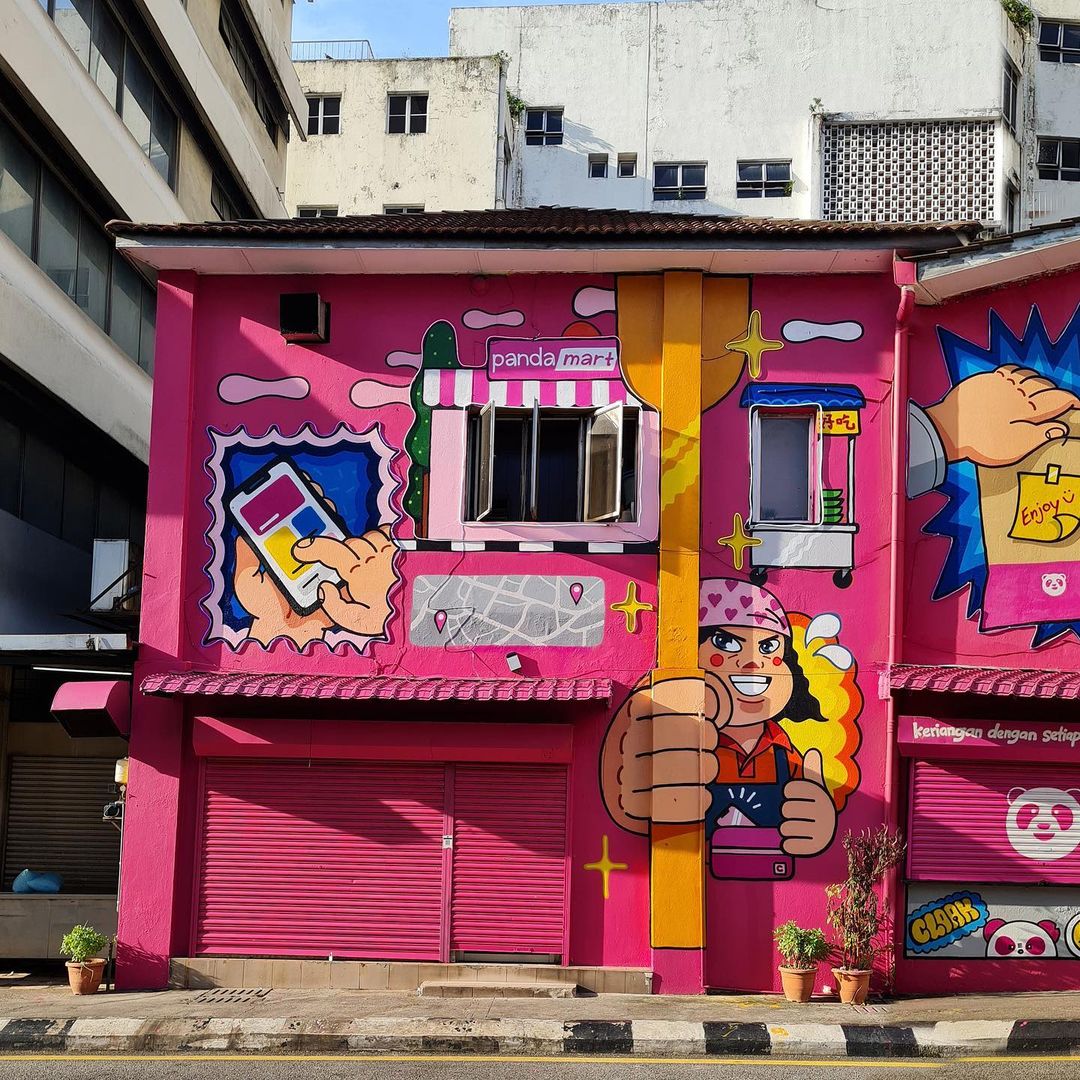 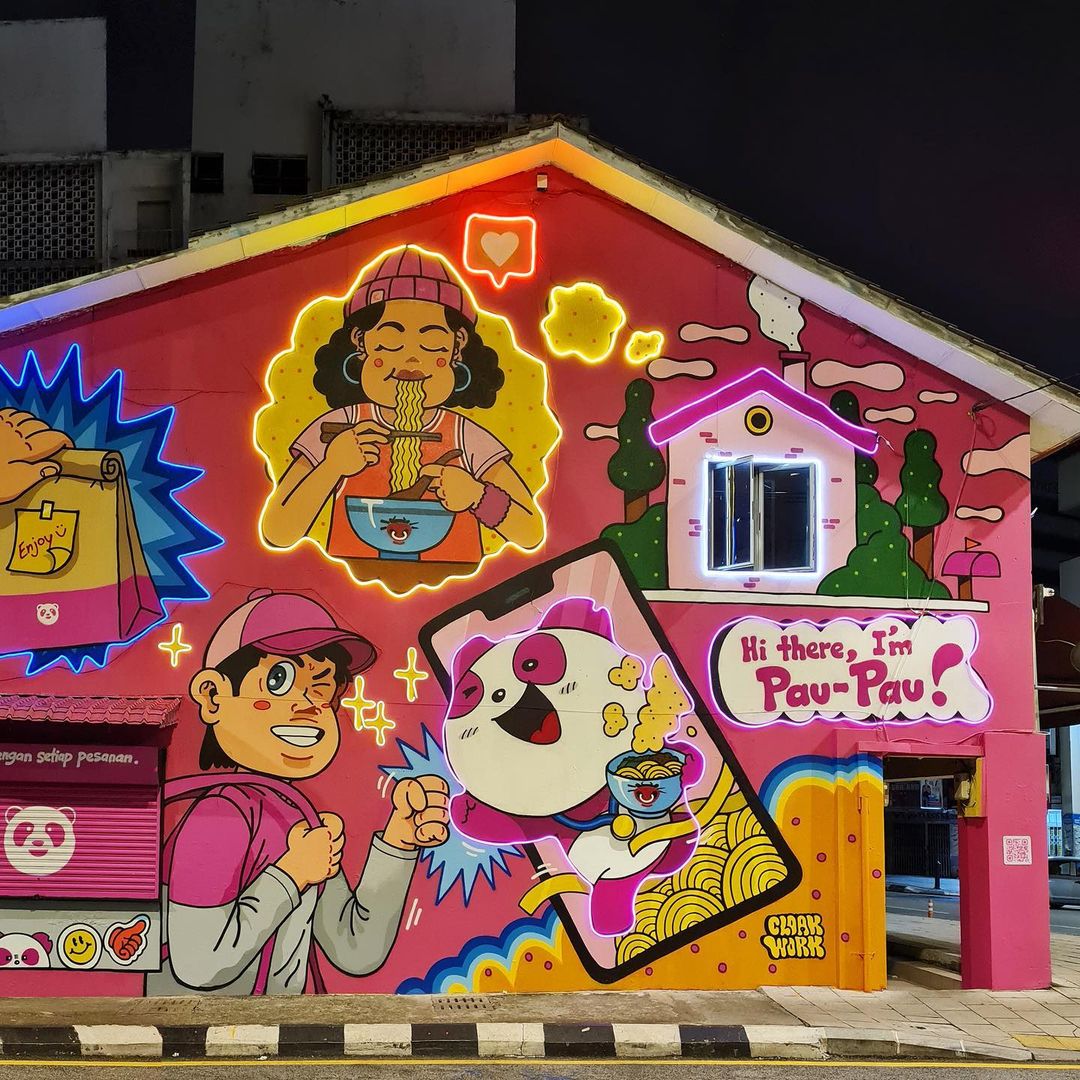 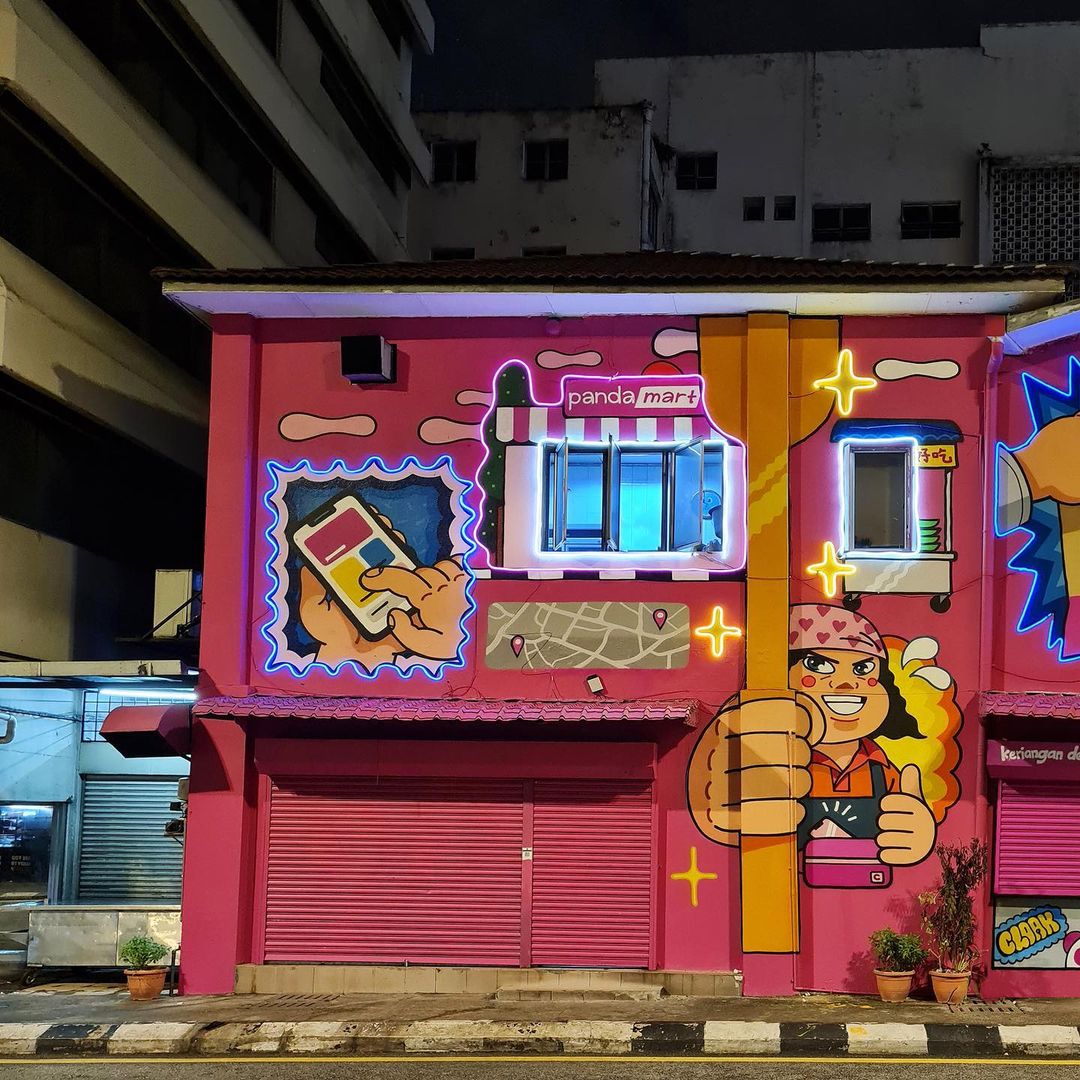 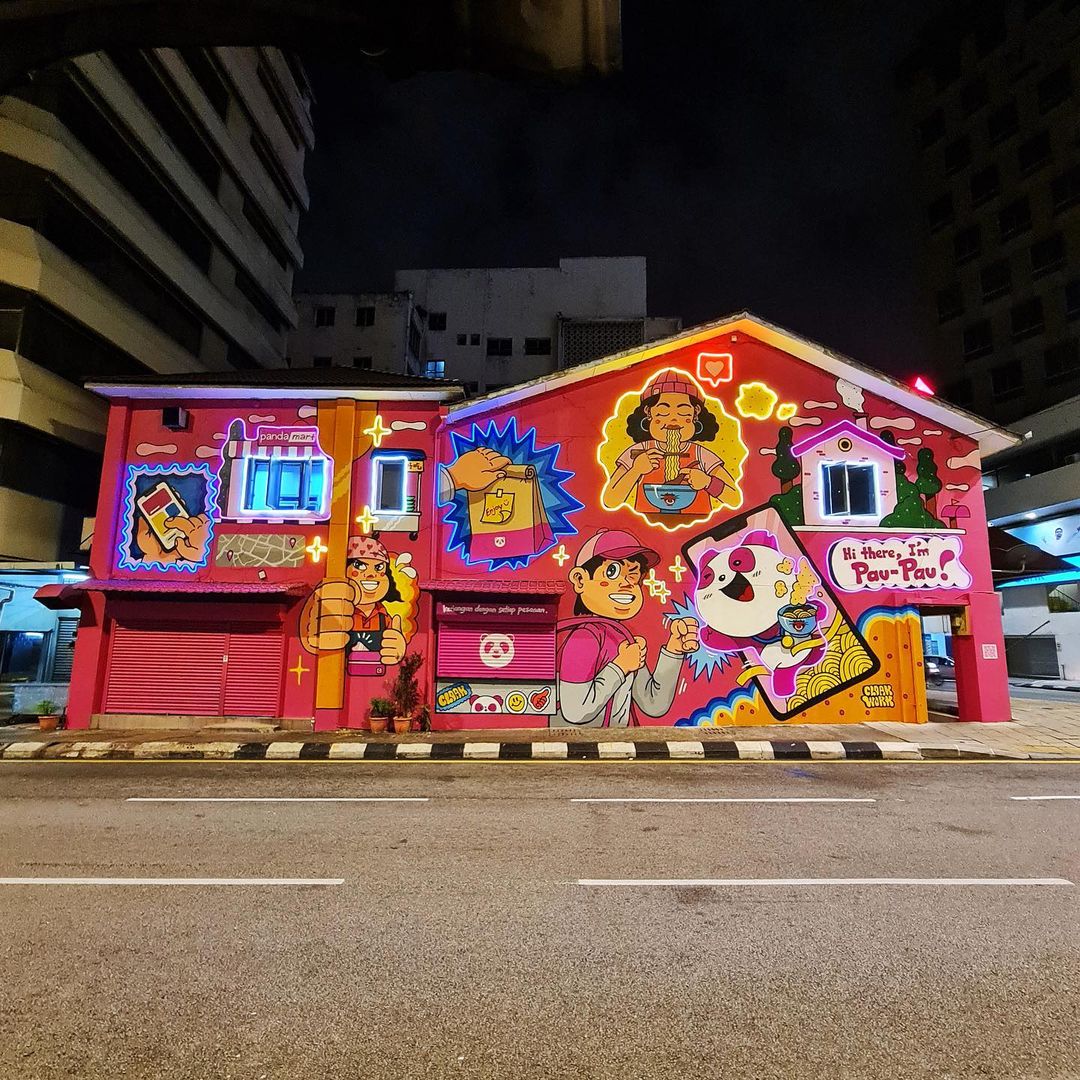