Will the Electric Bass Continue to Evolve? 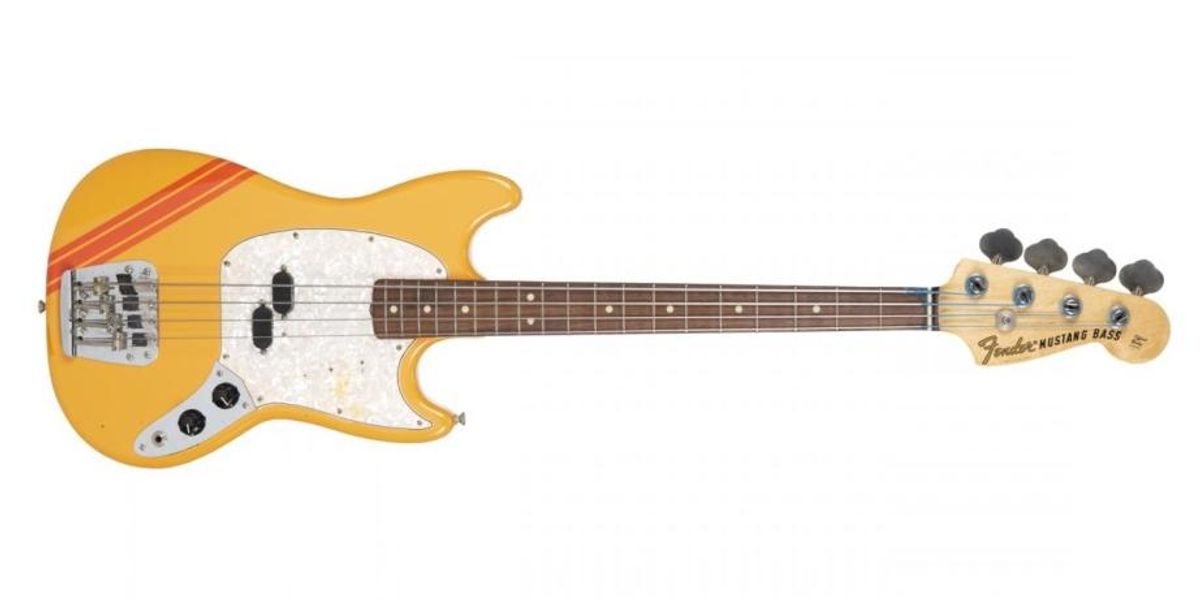 Casual fans know Steve as a powerful rock guitarist, who has added his fiery, chromatic-laced lead work, tasty rhythm, and atmospheric tones to rock royalty Deep Purple, Flying Colors, and Kansas, along with his own projects—most notably the Dixie Dregs.

The classical influence of Morse’s playing is where I want to focus. Below, I’ve touched on a few examples in the style of some of Morse’s more well-known songs, both with the Dregs and his namesake trio. Each of the examples showcases his clever composing style and innovative classical approach which will help expand your arsenal of guitar tricks.

Even if you’re a devotee of using a pick and never tried playing fingerstyle before, adding classical techniques and approaches to your rock playing can open new doors and help you evolve into a more adventurous and confident musician. Plus, with so many incredible players using their fingers (like Tosin Abasi, Derek Trucks, Jeff Beck, and Mark Knopfler), you might end up loving the tone and ditch your pick altogether!

I recently caught up with Steve for a chat in which he graciously shared his thoughts on guitar playing, creating a unique voice, making a name for yourself, and never giving up.

Just the Two of Us

This is a great classical guitar/bass duo track from Southern Steel. This excerpt (Ex. 1) is based on the comping behind the bass solo by super-bassist Dave LaRue. The tune starts in the key of E, but for this excerpt, it modulates to G. Over an alternating G5 bass part, I add some two-note chord voicings over the G pedal. From there, it modulates to A for a moment, before landing back home to E.

Steve on Originality: “I want to play music that perks your ears up. Be as original as possible, and if it sounds like something else, it’s out.”

The Burst and the Baroque

Another fun guitar/bass duo, this wild composition from Coast to Coast brings an Irish/Scottish flavor to the table. This example in A (Ex. 2) features a small burst of speed from the picking hand. Keep your a–m–i fingers (ring, middle, and index, respectively) ready to keep those tremolo bursts clean. It might sound difficult at first listen, but try it slowly, and you’ll find it much easier with practice.

This is another example (Ex. 3) based on the comping under a bass solo by LaRue. Even though this is meant to be an accompaniment, it stands alone as a beautiful arpeggio exercise, starting with an Emaj7/9 chord, then modulating to C/F with really rich open voicings. The C/F chord shape calls for some ambitious pinky stretches, so approach them slowly, and go one note at a time.

“The choices you make musically and in writing are a big part of your success.” — Steve Morse

Ex. 4, inspired by a track from his solo record, High Tension Wires, is a great example of a part getting more and more exciting as it unfolds. It sounds more intimidating than it actually is, so begin with breaking it down into small chunks, and add more as you get comfortable with each phrase. Keep the thumb even with the bass as you play the chords above. Most of the chord movement is intuitive, and once you get it under your fingers, it’s really satisfying to play!

“Everyone is influenced by what they hear, see, and feel, but you have to put in time day after day to make it meaningful.” — Steve Morse

Ex. 5 is based off a great guitar/violin duo from the classic ’78 Dregs release, What If, and is proof that improvisation can weave itself seamlessly into a classical setting. The guitar trades fours with Dregs violinist extraordinaire Allen Sloan. The rhythm starts with a D major pattern for four measures, and the guitar responds with a nice low-string lick outlining the changes. The progression repeats again with the same rhythm, and on the second solo reply, two-note harmonics are utilized to nail the chord changes.

On Performing Live: “In any setting, if someone is playing music well, people will enjoy it.” — Steve Morse

This example (Ex. 6) is my take on a clever transition lick from this track off of the Dregs’ major label debut Free Fall. With the key changing on each beat, I start with a descending Esus2 arpeggio followed by an ascending Bsus2 arpeggio. I then continue with a Dsus2 descending arpeggio into an ascending Gsus2 arpeggio. Finally, I play a slightly different pattern between G# and C#, before resolving to a nice Eadd9 chord. Try it slow and keep all the lines as legato as possible, incorporating slurs/pull-offs for the descending E and D arpeggios.

One of the nice surprises with my chat with Steve was discovering his first professional paying gig was playing guitar for a handful of musicals in an orchestra theater pit at a Miami playhouse. The gig came through fellow UM classmate Pat Metheny’s recommendation while in college. Those gigs helped pay for his flying lessons, a passion of his that has allowed him to fly his band to their gigs.

The solo in Ex. 7 is inspired by the lesser-known guitar duet from the Dregs album Industry Standard. The track was performed alongside Yes guitar legend Steve Howe. Though the original is played with a pick, I ended up using my fingers over the B minor progression to keep the sound consistent between the two halves of the solo.

This example (Ex. 8) was inspired by the second half of the solo, which modulates to A with some elegant trills and pull-offs, before launching into a fiery 16th-note triplet major scale run, and then settling right back into the groove.

Up in the Air

Doing other jobs can actually offer a different perspective on how music affects your life. In between his studio work and touring schedule, Steve has handled a wide range of jobs, from a commercial airline pilot, to digging with a bulldozer, to his current venture when not performing: hay farming.

Ex. 9 is based on the closing phrase of the song. It’s a simple but beautiful E major arpeggio with B major chord grips thrown in before shifting back to one more E, with the upper note jumping two octaves in a single lick! This was one of the first songs I ever heard from Steve when he played it live on the original Howard Stern radio show in the ’90s. It completely blew me away, and when it reached this final lick at the end of the tune, I instantly became a fan for life.

“Real success is getting gigs playing your own music.”

“Most people who experience success don’t realize it because it’s a gradual process, like slowly boiling a frog in water.”

Maybe the most successful thing about Steve, in my opinion, is his uncompromising vision and determination to “go around people who say ‘no.'” Looking over his tremendous body of work and accolades, it’s easy to see why fans and musicians worldwide say “Yes” to Morse!